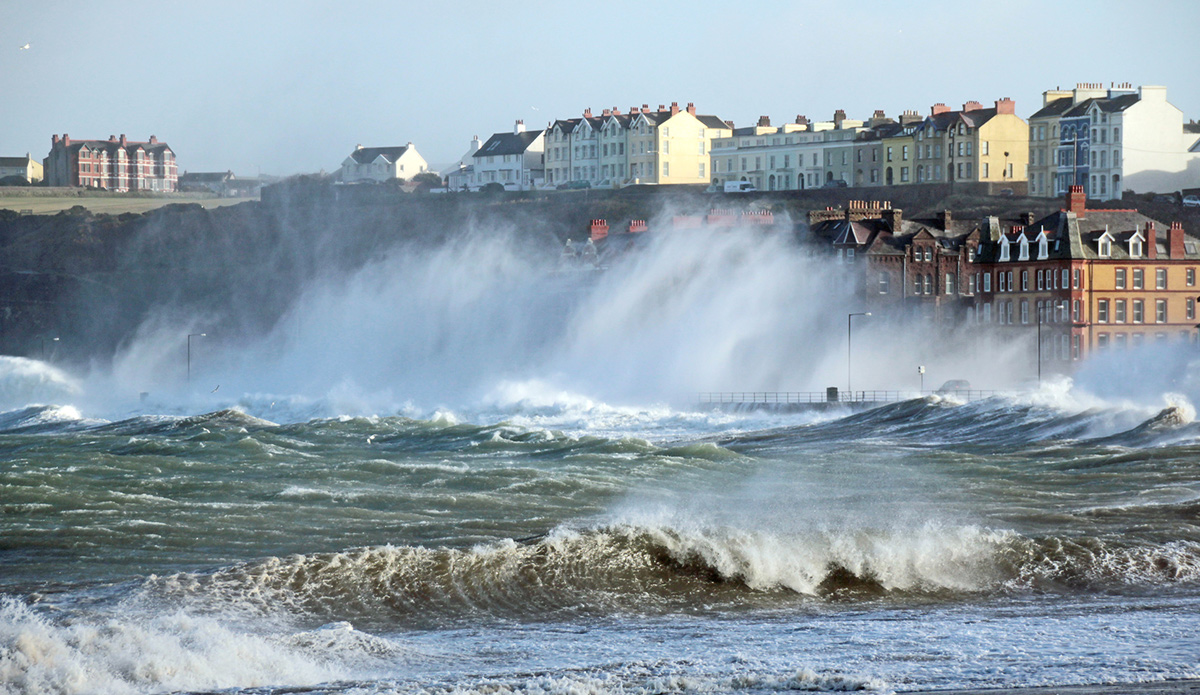 Storm force, hurricane-force, gales and gusts; lots of names and categories. The UK can't get an actual hurricane but can see hurricane force wind gusts.

Around a low pressure, whether that is an autumn low or a tropical hurricane, both cyclones, you get sustained mean winds and also temporary sudden gusts.

There are various categories for wind strength, the Beaufort scale, originally used at sea but now adapted for land. The Saffir-Simpson scale for Atlantic ( and E.Pacific) hurricanes.

This can be used alongside the Shipping forecast , e.g. "Fastnet -Southerly violent storm force 11 expected later" and the Inshore waters forecast. We mention gales in our morning forecasts quite often in Autumn. These specifications relate to sustained winds but you can say "Storm force gusts" 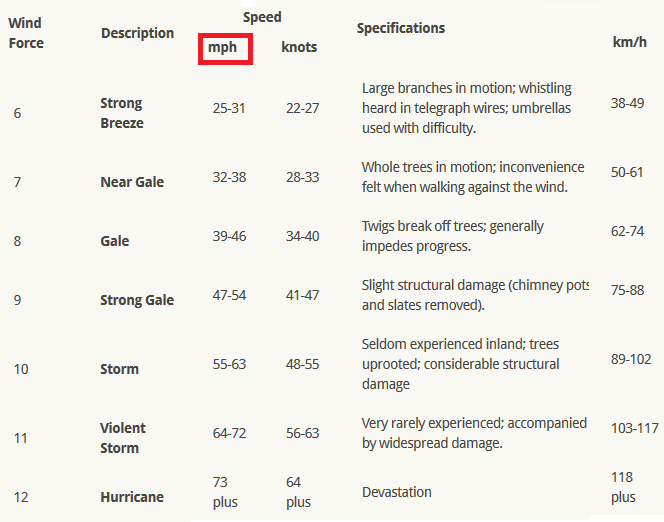 Usually used in the tropics, through the Caribbean and for the States, this looks at categories of cyclones in the Atlantic with 3,4,5 being major hurricanes. 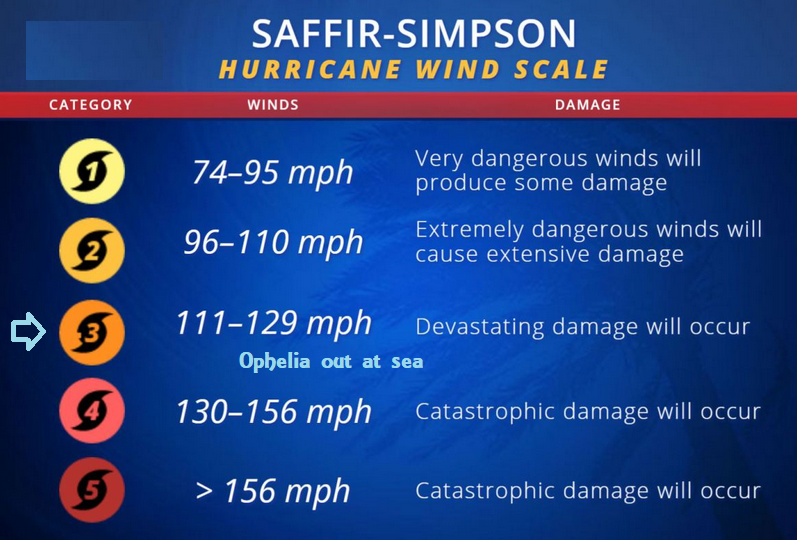 By the time hurricanes start to move north, they encounter cooler seas and the key warm core of a true hurricane can not survive. The cyclone can dissipate, not enough energy or it moves over land. It can become mixed up in other weather systems in the north Atlantic and just add a bit of extra oomph to a low pressure heading towards the UK or Iceland. Ophelia is a true hurricane which managed to survive the furthest east of any hurricane on record and then as it heads northwards it undergoes extratropical transition. It changes from a true hurricane (with a warm core, no real temperatures contrasts across the low, drawing its; energy from the warms seas and using latent heat from convection around the core to feed it) to a post-tropical hurricane. This transition to extra-tropical low includes losing the warm core, fronts beginning to form, movement changes from steering winds to being influenced by the temperatures contrasts. However, the remaining low can still be a powerful dangerous system. It doesn't just switch off and can still cause damage and disruption. An extra-tropical low can bring storm force winds and hurricane force gusts.

The Great Storm of 1987 was not a hurricane and didn't form out of a hurricane. It was a low pressure which underwent explosive cyclogenesis in the Atlantic and deepened so quickly and violently that it drew down cold, dry stratospheric air to the surface. Hurricane-force gusts did cause massive damage to SE England as a Sting Jet seared across.Major progress was made after 1987 in satellite imagery (key for these situations) and research which defined Sting Jets.

The naming Extra-tropical Low isn't great, as the 1987 one was still an extra-tropical low; a baraclinic or mid-latitude low, it is rather confusing.

Once a hurricane goes through ET Extra-tropical Transition, it can then re-invigorate as an extra-tropical low, if conditions are right.

What a storm. Bizarre hurricane, dangerous gusts & waves and that sky! OpheliaStrange Red Sun In The West Caused By Ophelia Bringing A Sahara Dust Plume Ireland and Ophelia, winds, waves and disruptionTracking Ophelia - A Powerful Storm Heading For Ireland On MondayMichael Fish: 30 Years On From The Great Storm, Hurricane Ophelia Looms LargeTracking Hurricane Ophelia, Heading Our Way As An Ex-tropical StormWhat's all this "it's not a hurricane" stuff? Ophelia heads our wayTracking Hurricane Ophelia, Heading Our Way As An Ex-tropical StormTS Ophelia, mid-Atlantic wanderer, Azores keep an eye out