Netweather
Latest - August off to an mixed start

Netweather has a number of RSS feeds to help you stay upto date with all of the latest weather forecasts, articles and discussion from the site, to subscribe to the feed(s) of your choice simply click one of the links below and select which RSS reader you wish to use to keep you upto date. Once again the weather watching is put into perspective.  Hope youre well and truly  on your way to recovery, and looks like the weather may recover too giving you the chance to rest and recuperate  in the sun

"Since 1974 the data have been adjusted by 0.1-0.3 degree C to allow for urban warming. The following stations are used by the Met Office to compile the CET data: Rothamsted, Malvern, Squires Gate and Ringway. But in November 2004, the weather station Stonyhurst replaced Ringway and revised urban warming and bias adjustments have now been applied to the Stonyhurst data after a period of reduced reliability from the station in the summer months"

The average adjustment since 1974 has been -0.2C though that adjustment has increased in recent years to the adjustments required to the Stonyhurst station to make the series homogenous.

You didn't make it clear in your original post that you were referring to provisional data which said:

"Their daily figures are all over the place and have been wrong now for many months. In fact I don't trust their data at all!"

Well the fact that such an effort is made to keep the CET series homogenous means we can trust the data even more. Yes provisional data is subject to adjustments but that is not an earth shattering revelation and it isn't something that is suddenly new.

Long way out to the 10 day range, but it's safe to say GFS and ECM  do not agree at all, chalk 'n cheese really, GEM more like ECM.

Bit too early for the i told you so and back slapping. 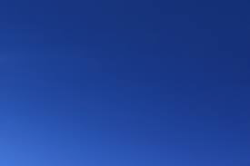 No idea how I missed this from the Gfs 12z op! 🤩..I blame model fatigue..yeah yeah any excuse Frosty! 😉...anyway, better late than never!...actually some of the recent perturbations have been showing a plume..so you never know!...but I will just be happy to see summery weather return whether it’s sunny and hot or thundery, hot and humid..or preferably BOTH! 😱 😛 🔥 ☀️ ⛈ ...perhaps I need more blue sky thinking! 🤔

A very good month here overall- a bit of a shame about the last few days of the month which have prevented an 18C+ finish. It's been unusual for a warm month in that the south has been cooler than the north for much of it.

Minima have actually been on the low side of average here which has brought the overall mean down at my local station. Average max of 22.9C over the month which is comfortably above average for these parts and that's with the cooler spell at the end of the month that brought it down. 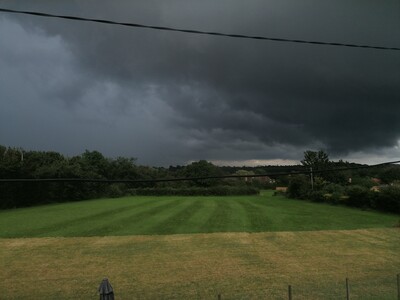 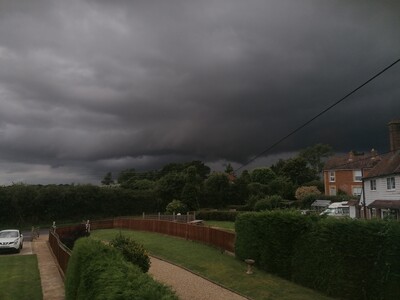 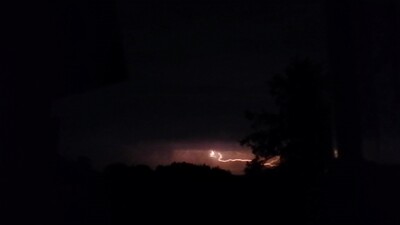