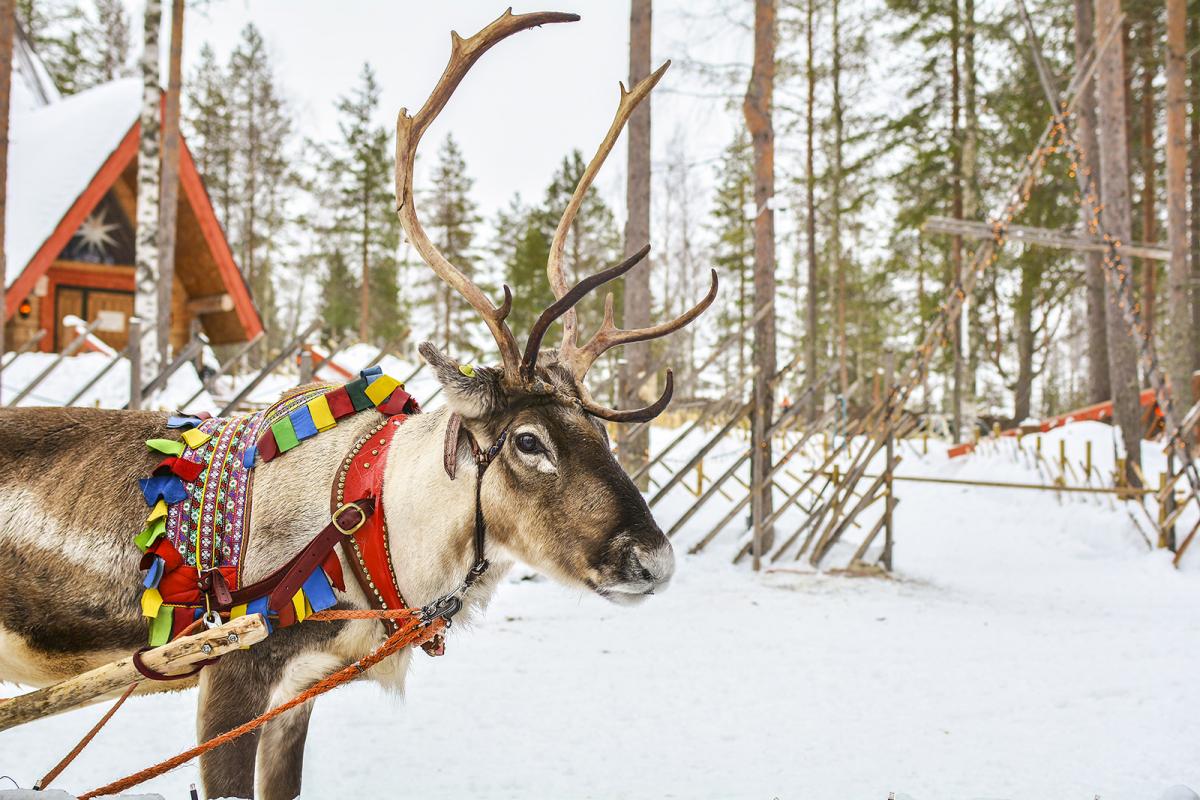 How is the Lapland snow? There has been a little in the past week but what about December?

The trips are beginning with several flights leaving the UK this weekend, heading off to Lapland. Dreams of meeting Santa and seeing a lot of snow come with a hefty price tag so the recent news that there wasn't any snow in Lapland was not well received. Since this startling weather update, the snow cannons have been on max power, there have been real snow showers but the capital of Lapland Rovaniemi (known as the hometown of Santa Claus) has issued a blog No Snow – 10 Amazing Things to Do in Rovaniemi Without It. This image had the caption " Precious snow in the making"

It is still a bit early for trips to the Arctic circle, most will occur in the next two weeks. There are a few pictures showing snow now, not loads but some. Rovaniemi, Enontekiö, Kittilä, Ivalo and Kuusamo airports are estimated to have over 700 international Christmas charter flights. This is big business.

The snow depth charts from the Finnish Meteorological Institute show that there has been snow. cpmpared to the 23rd when there wasn't any. Nothing in the south still but that is okay as the resorts are further north in Lapland. In the far north of both arms of Finland, there has been 10-25cms of snow. Across much of Lapland 1-10cm, we'd be pleased with that here in the UK. More is obviously needed for all of the activities usually on offer. Much is being made of meeting the reindeer and huskies, or ice skating on lakes. There have been a few adjustments mentioned as the covering of snow isn't deep yet, such as quads rather than snowmobiles and bus transfers from airports.

The British press attention has been met with bemusement by the Finns, at the apparent rudeness, disbelief by some in the UK "not snow in Lapland don't be silly, Fake News". There you go, Cry Wolf press. The Independent scored a 'scoop' relocating the "Home of Santa Claus" outside of the Arctic Circle. Holiday company Thomas Cook had described Rovaniemi as “Far inside the Arctic Circle, where the snow is thick and sparkling" It is just outside the Arctic Circle, the snow claim remains.

The Lapland radar images over the past weeks have shown showers blowing in from the west but its all been quite scattered. It is not ideal but at least there is now a covering of snow, filled in with snow cannons. Only vague answers about the snow cover from tour companies. 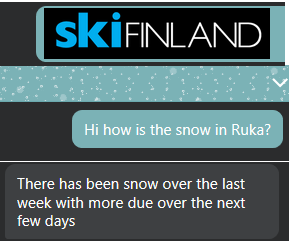 Looking at a few Finnish ski resorts, there is more snow expected today and Friday, a cm or so. It also looks windy with temperatures around freezing for Ruka. The recent World cup ski event was hit by the lack of snow. There was a lot of artificial snow created for that but not enough across the whole resort. In Levi, the last time it snowed was back at the end of October with 10cms. Ski and boarding conditions are okay, the snow is artificial on the slopes. 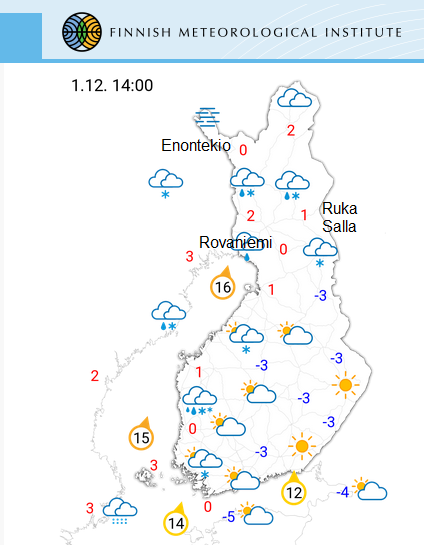 It is quite cold today, with sub-zero temperatures and the keen wind but it will be milder at the weekend. Still cold by UK standards but not the -28C I experienced when I went two years ago. It has been very mild here in the UK, thanks to #StormDiana and the southerly flow. All of that has now moved on up through Scandinavia and as a result, Lapland looks mild at the weekend around +1C

The following week looks more unsettled with low pressures nearby and by the following weekend, so the 8th/9th Dec there are signs of much colder air and a real hope of proper snow 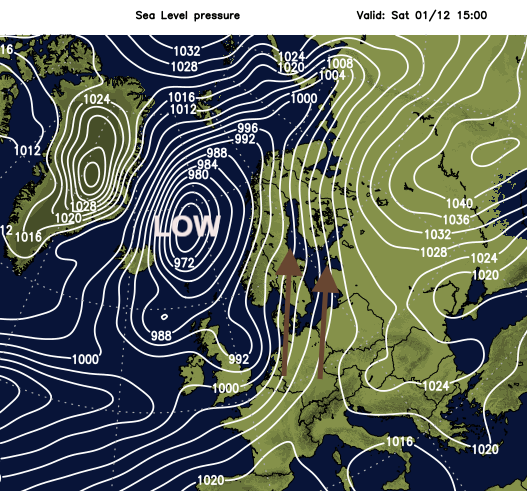 Lapland covers northern Finland, Norway and Sweden, each country promoting its own version to tourists. Lapland needs reassuring photos to start appearing in people's social media feeds. Many of the trips for next year are booked over the winter as people long for the magical, snowy Christmas adventure. Look at Ski Finland's confident claim. “Finland is a snow-sure destination with a very reliable snow record as well as offering high-quality snow-making facilities.” And year in year out this is true but we are now seeing more and more departures from the seasonal norms, more extreme weather events and longer term changes. If you are going, have a wonderful trip, hopefully with plenty of the white stuff. But do just give the wider story, of Climate change, a thought.

No snow in Lapland, what will Santa do and those people visiting next week?A Trip to Lapland; Snow, Ice and -28C