Written by D.Fauvell this page looks in more details at some of the most severe UK winters in history, including of course the much talk about winter's of 1947 and 1963.

Daily meteorological records commenced in the 17th century, since then, there have been a number of severe winters, some exceptionally severe...

During the winter 1739/40, between November 1739 and May 1740, London had 39 snowy days, a quite exceptional figure when considering the usual 90's figure. But January and February 1740 where surpassed numerous times, in regards to temperatures, some years being much colder.

In fact 1740, had 2 months of mean temperatures below 0c in the Midlands and Southern England, the only other known instances of this happening coming in December 1878, and January 1879. 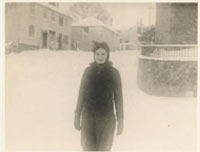 One such winter was 1947. From January 22nd to March 17th, snow fell every day, somewhere in the UK! The snow accumulated quickly, causing real problems. The temperatures rarely rose more than a degree or 2 above 0! Several of these snowfalls where of 60cm or more, and depths of level snow amazingly reached 1.5m (150cm) in Upper Teesdale and the Denbighshire Hills. Across the UK drifts of more than 5 metres in depth blocked roads, and affected traffic. The armed services were brought in, to drop supplies to people in danger, trapped in their homes due to blocked roads and railways.

The strangest thing about 1947, was the first part of the winter was very mild, with only 2 failed cold spells...The weather in fact, turned unseasonably mild for a time. On the 15th January, the temperature in Leeming, North Yorkshire, didn't fall below 11.7c, and rose to 14c the next day in parts of Norfolk, Herefordshire, and Flintshire. This soon changed.

An area of High Pressure transferred north, from France, on January 18th. Two days later, the anticyclone was centred over North -West Norway. It then drifted South -East to Southern Scandinavia, and dominated the UK weather for the rest of the month. The first frost came on the 20th, and the first snowfall on the 23rd, where heavy snow was recorded in the South West of England, even the Scilly Isles. Many villages became cut off and isolated. 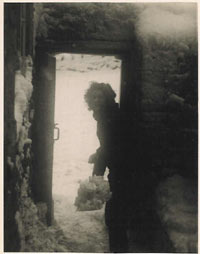 The cold and snowy weather continued. Any breaks lasted very little time, before the next onslaught.

Here are some observations from the Met-Office taken at the time:

February 1947, was the coldest February on record in many parts of the UK, and has been compared with 1814 (January) for its persistent snowfalls, combined with low temperatures.

An interesting observation of the UK in the winter of 1947, shows the lack of Sun in Southern parts, and the huge amount in Western Scotland, which was unusually sunny. At Kew, Nottingham and Edgbaston, there was no sun on 22 of the month's 28 days. Hardly anywhere in the Midlands and Southern England, did the sunshine totals exceed 40% of the average. When the skies did clear though, things became decidedly nippy! A minimum of -21c was recorded in Woburn (Bedfordshire), early on the 25th of February. Without the cloud, the month would have been much colder, more particularly at night.

March 1947 was also bad, with gales and heavy snow early on. 5 metre drifts where reported. In the Scottish Highlands, drifts of 7 metres where reported. Meanwhile, in the SouthWest, much milder air, above freezing, pushed NorthEast, bringing a thaw and heavy rain. Flooding was widespread. The frozen ground just prevented melt water from sinking into it, and so it lay on the surface, causing chaos. Deepening depressions forced in off the Atlantic, with gusts of wind up to 90 knots reported in Southern England. Buildings sustained bad damage, and waves were blown in shore.

Eventually the floods subsided, but the devastation remained. A memorable winter.

Anticyclones to the North and East of the UK, brought bitterly cold air over us. Depression tracked to the South, brining huge snowfalls to England, Wales, and Scotland. Mean maximum temperatures for January 1963 were more than 5c below average over most of Wales, the Midlands and Southern England, and in some places, an amazing 7c below average!!!!!

The winter began, just before Christmas 1962. The weather in early December was changeable and stormy. London experienced terrible fog, for a time. Gusts of up to 88 knots were recorded in the North of the UK.
Winter 62/63 Courtesy O.Bullock

A belt of rain over the North of Scotland turned to snow as it moved South, giving Glasgow its first white Christmas since 1938! When the snow belt reached the South, it became almost stationary. 5cm of snow fell in the Channel Islands, 30cm in Southern England.

A blizzard over South West England, and South Wales (Yes!!! We did get snow once! ) in late December, brought snowdrifts 6m deep. It wasn't a laughing matter anymore. Villages were cut off, power lines where drought down, trains were cancelled. Farmers couldn't reach livestock, and many starved to death. Extremely tragic. From Boxing Day 1962 to early March 1963, much of England was under snow continuously, an amazing feat, 3 months of snow.

Even so, the UK was generally sunny, unlike 1947. In fact sunshine totals were above average for many.

1963 will be remembered more for its coldness, and less so its snowfall. 1947 the opposite, remembered for its snow, less its coldness. Nonetheless both were very cold and very snowy, and hazardous to life. For once, snow wasn't just fun and games.

In January 1963, there were 25 or more air frosts almost everywhere in southern England and South Wales! Mean maxes were below 0c in much of England and Wales, for January, and slightly higher during February. Braemar recorded a low of -22.2c on the 18th of January! Surpassed by 1995 interestingly!

The thaw eventually came, and there was flooding, but not on the scale of 1947. Temperatures returned to normal, as did lives, but noone will ever forget either 1947 or 1963, they will remembered as the 2 snowiest/coldest winters, for many years.

Thanks to the Met-Office for much needed stats, charts, and facts!
If you have any questions or comments about this article or the site in general, please let us know by clicking here.
Winter