Netweather
Latest - Fresher this weekend, but with thundery showers for northern and western areas

I'm driving on tour 4 of the WeatherHolidays US storm chasing 2022, and I will be updating a blog on here where I can, given the days can be long! Here's part two.

Firstly a bonus video from day 2 - some incredible lightning flashing away within a supercell.

Day 3 chase in South Dakota, not far to drive today to get in position from our overnight stop in Rapid City. Started with a few hours at Belle Fourche reservoir where I had a swim. 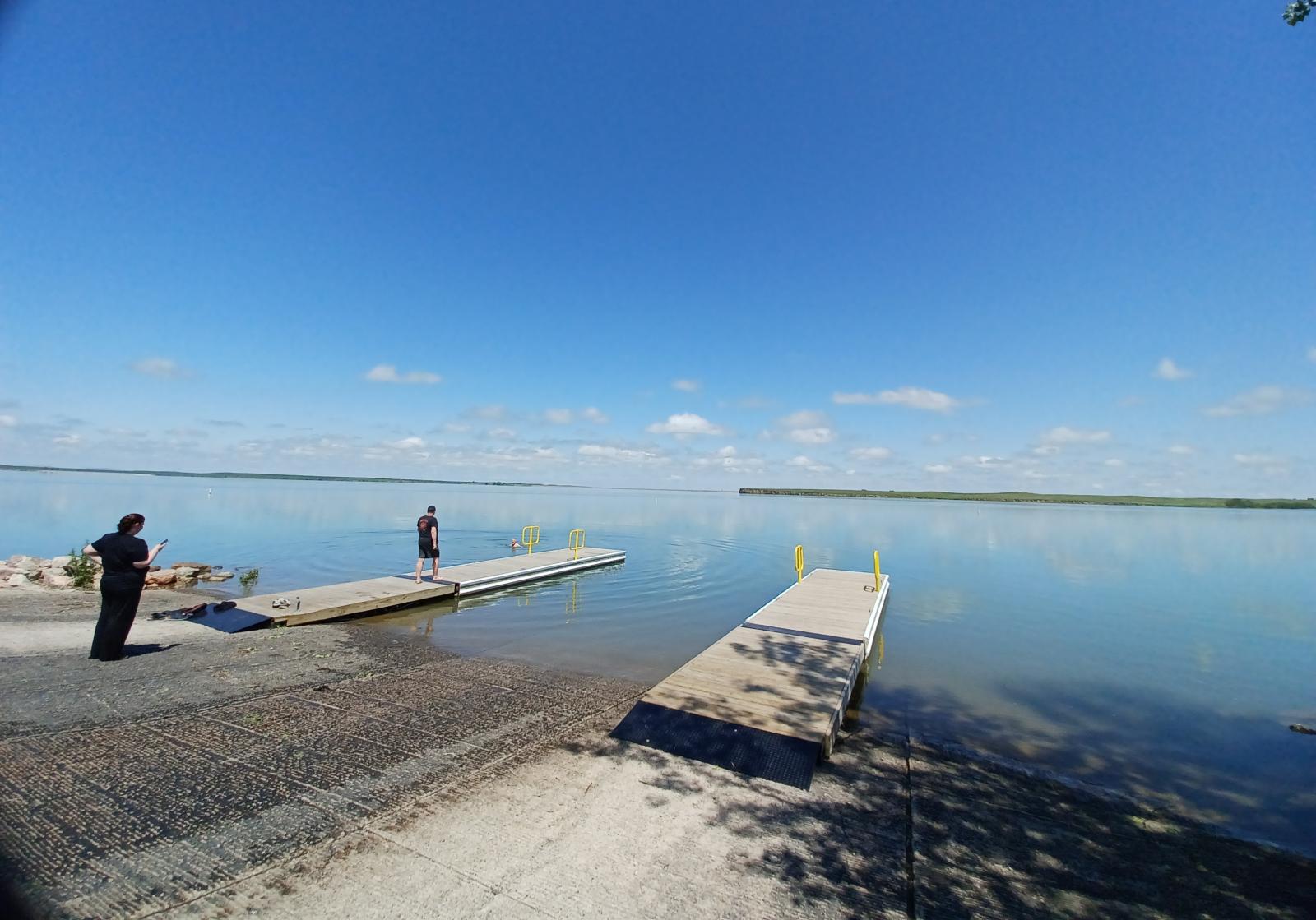 Then clouds started to build, so we hung around at a gas station in Belle Fourche, which had homes with windows boarded up following large hail damage on Sunday,  until storms formed. Lots of other chasers and NWS DOW and support vehicles there. 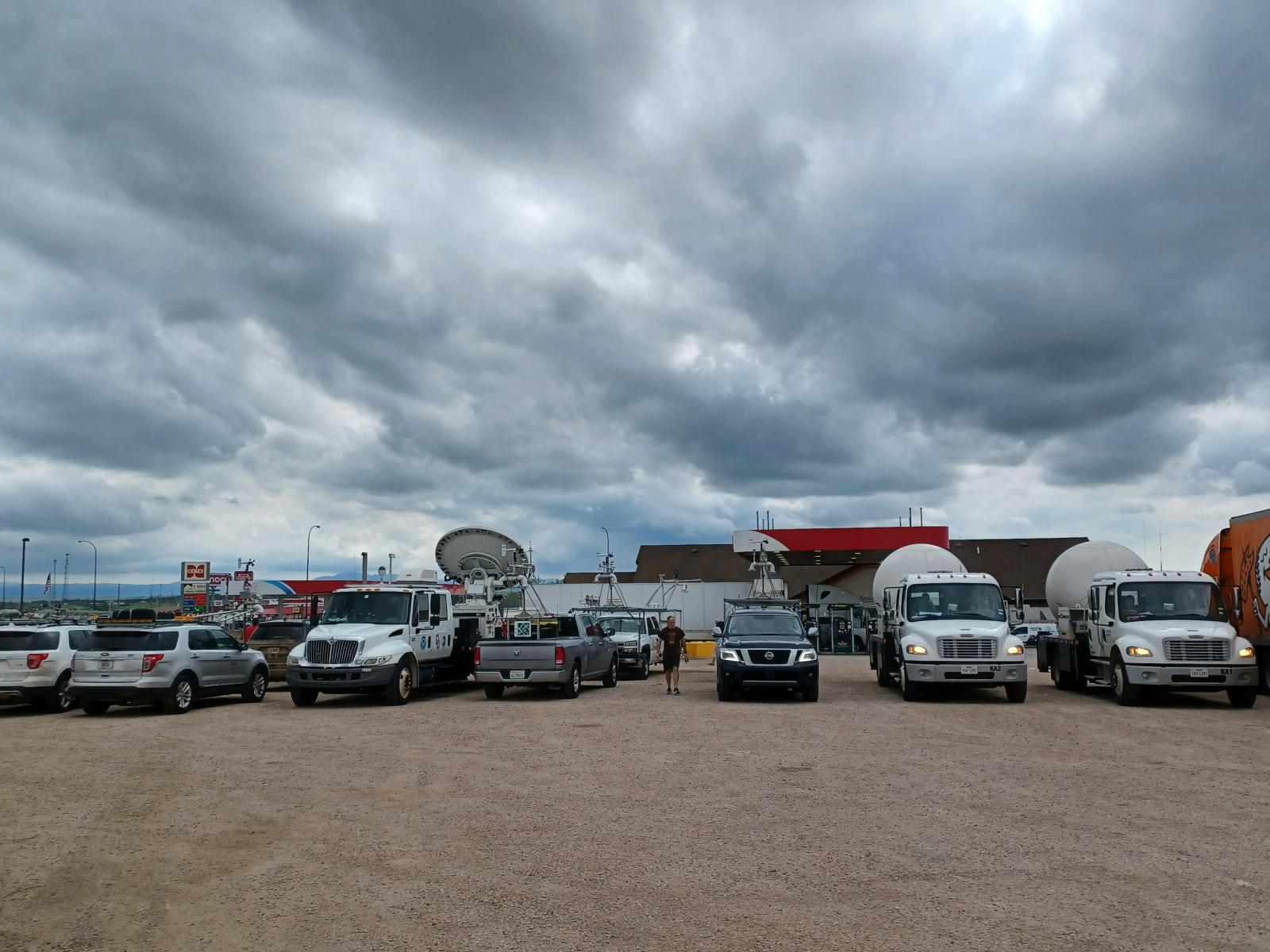 Went north from Belle Fourche and watched a line of storms develop. One area developed a funnel cloud, before the whole line went outflow dominant, but with a nice shelf cloud. 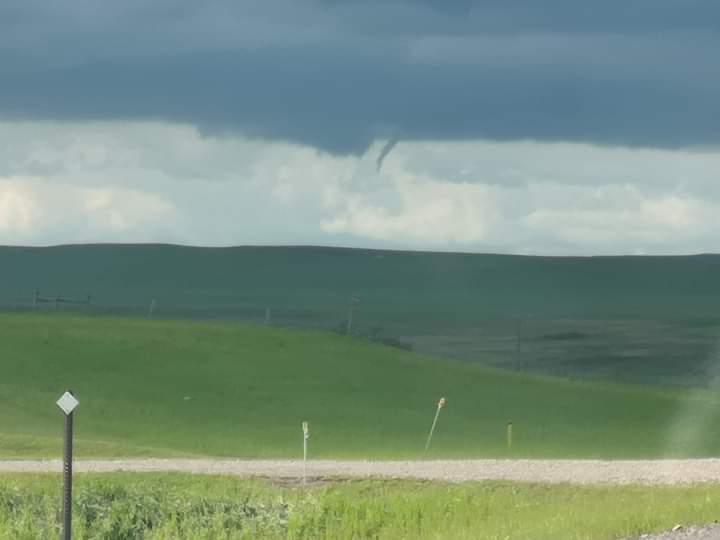 Took a dirt track east to escape the rain/hail, but despite the map showing a through track to paved roads, it came to an end at a ranch after 5 miles. So had to head back to paved and core punch the storm, headed back to Rapid City for second night, CGs raining down with thunder shaking then Applebee's restaurant we were in.

After a long drive from western South Dakota, finally reached today's destination in the aptly-named Storm Lake, Iowa - a new state for me too. Hopefully some overnight storms later. Then a big day tomorrow with the 10% hatched tornado risk further east.

Started the day from our overnight stop in Storm Lake, Iowa. We then travelled to Wisconsin, with a target east of La Crosse, which was under a Moderate risk of severe weather, with 15% probability of tornadoes. 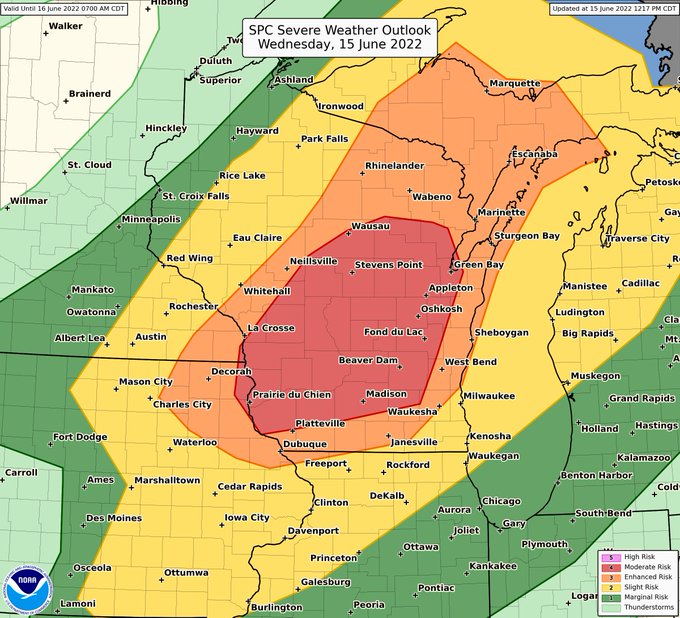 When we arrived, a line of showers developed which then eventually turned into a squall line with embedded tornadic supercells, one of which dropped a rain-wrapped tornado and caused some damage in Tomah and Wyeville near I-90 / I-94 intersection and turned over some lorries as it crossed the interstate. 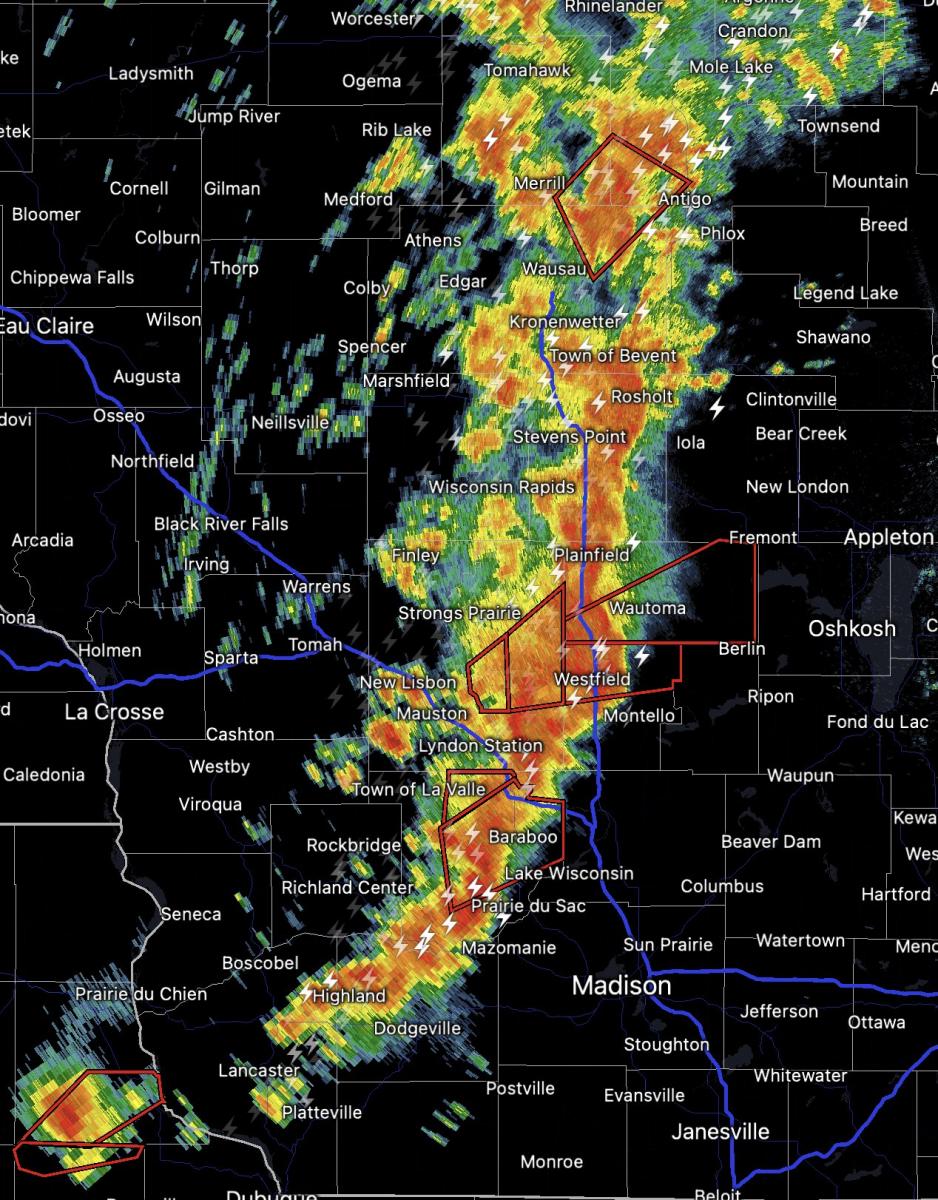 We tried to follow the tornado after it had been through here, but was too rain wrapped to follow safely. 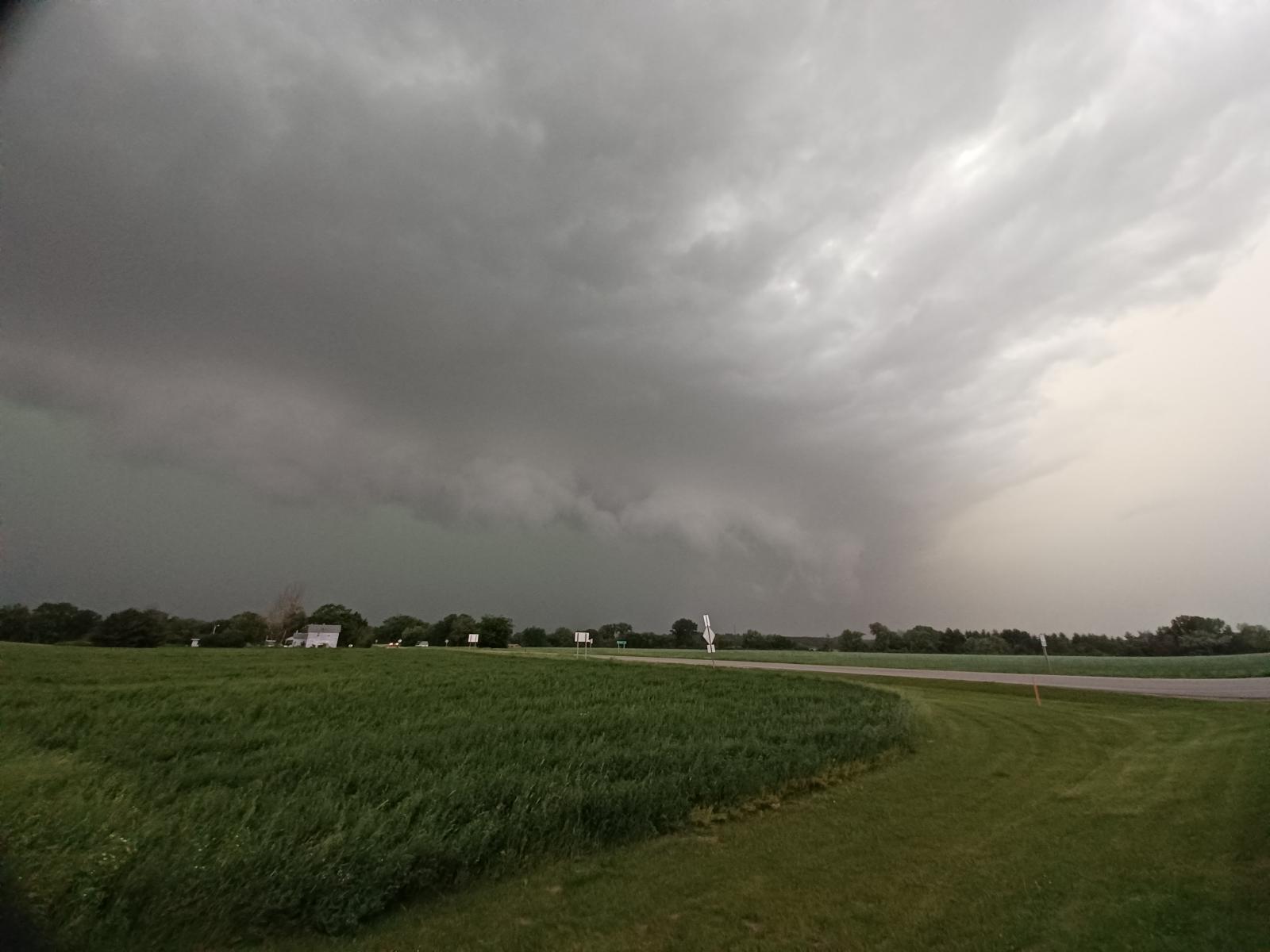 Then one of our chase vehicles developed a mechanical fault, so the chase was over and we let the squall line come over us at a gas station, with some strong winds and heavy rain as it went over. Finally got to Madison late evening and picked up new car from the airport before staying in the city overnight.

After a long drive west from Madison in Wisconsin to Lincoln in Nebraska, as we arrived in SE Nebraska, storms were developing which then led to an awesome evening and night of storms feeding in over us on a conveyor running northwest to southeast, some of which were severe- warned. 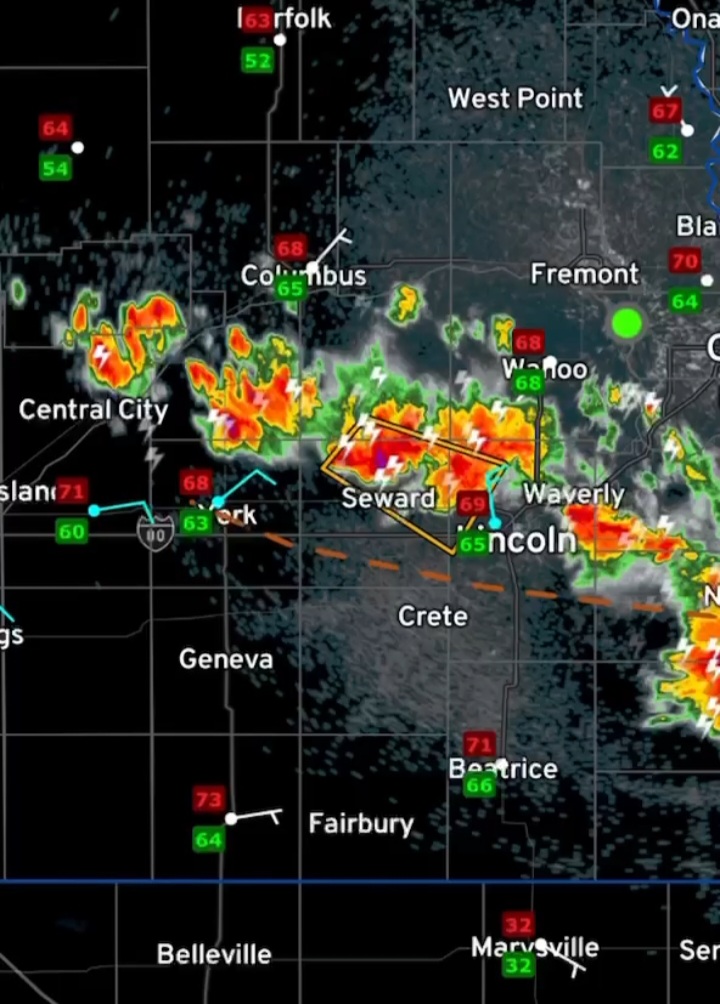 We initially watched them out in the countryside before dark.

Then we drove into Lincoln, checked into the hotel and watched continuous thunder and lightning until 2am, with some very strong winds at one point, as the video below shows.

A long drive across the width of Nebraska to SE Wyoming, it was 102F when we arrived and where we found some storms over the Rockies Front Range foothills between Douglas and Lusk, they weren't up to much, so we eventually finished the day early evening and found something to eat and overnight stay in Lusk 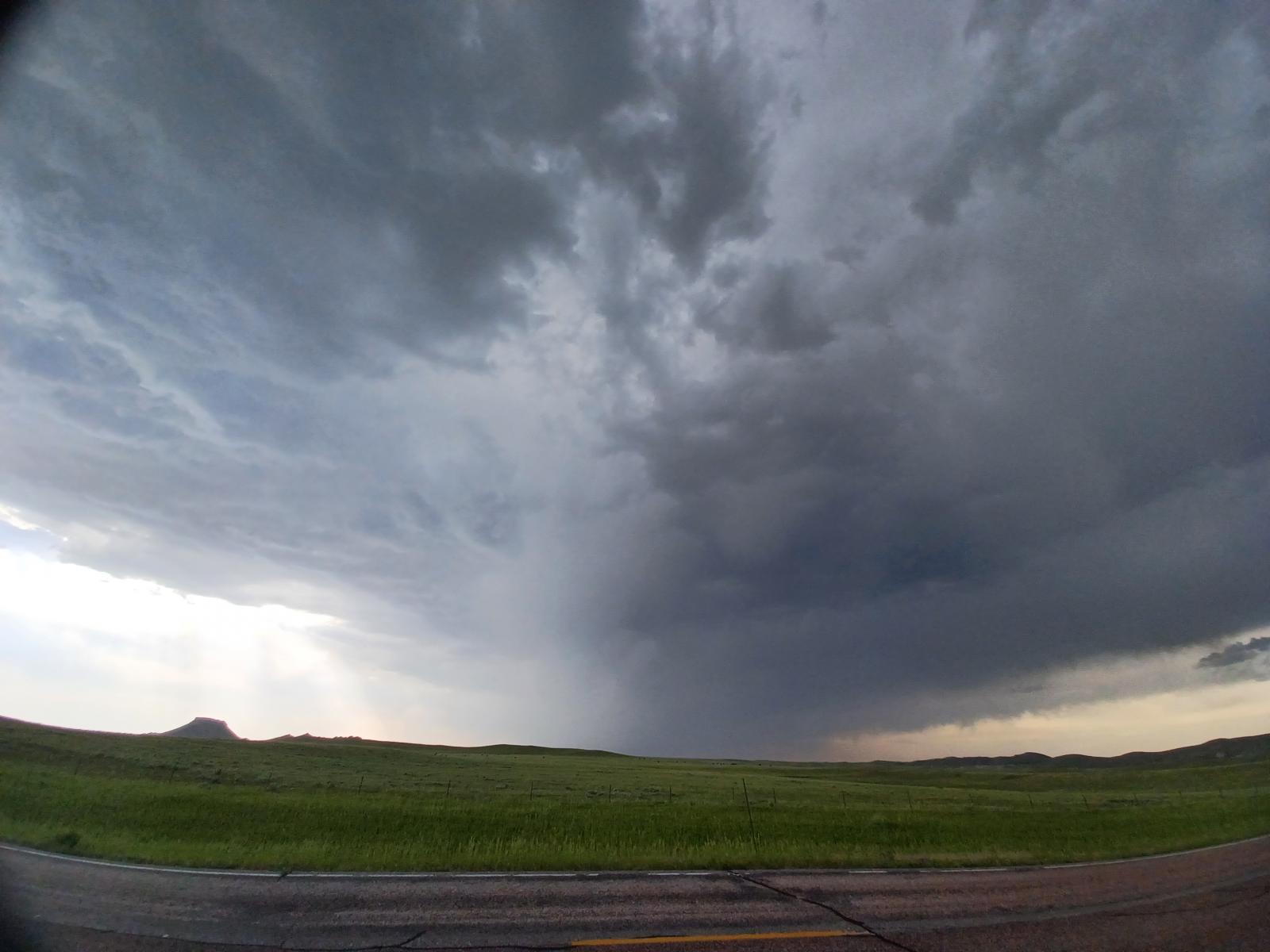 Fresher this weekend, but with thundery showers for northern and western areas 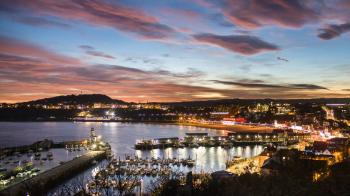 Weekend Weather: Not as hot but still strong sunshine with showers from the west 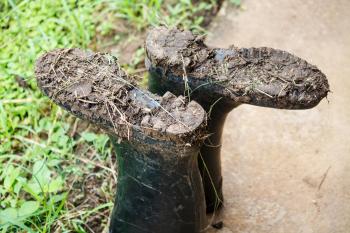