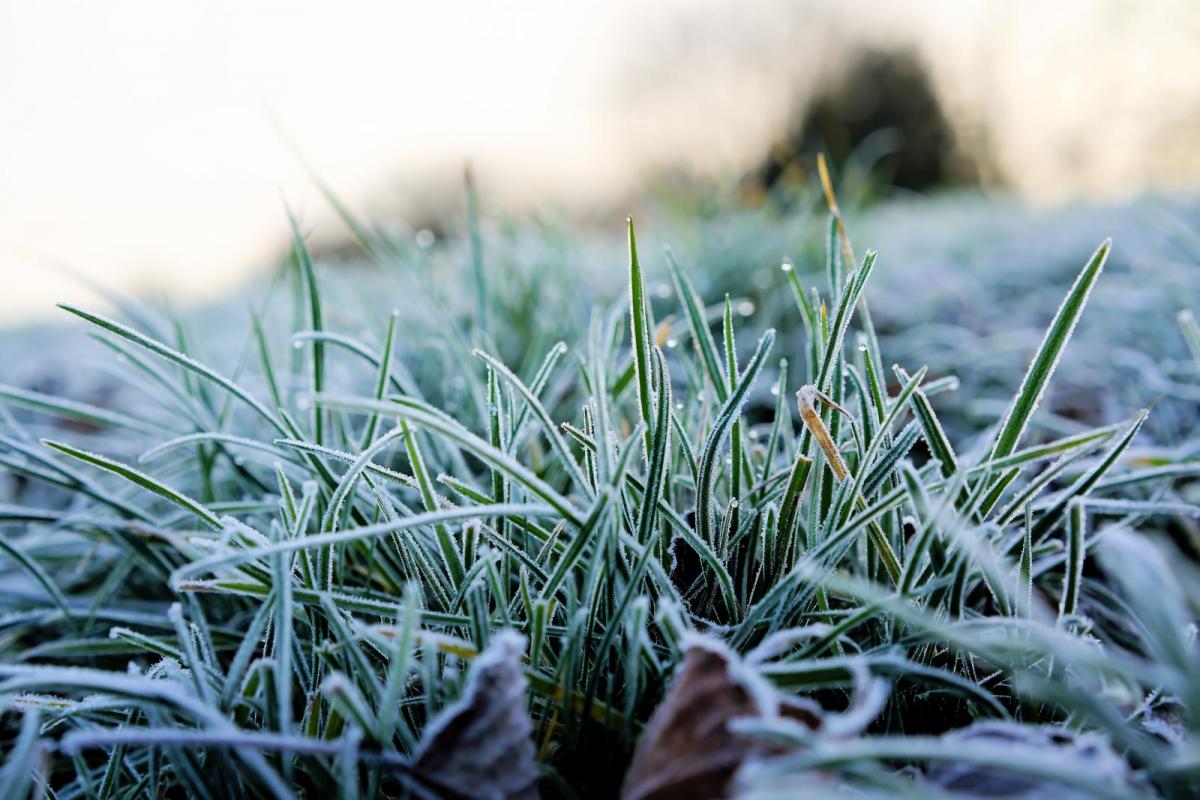 April 2021 Summary: Cold, dry, sunny and a frost every night

April 2021 has been cold, frosty with very little rain. It has also been the sunniest on record beating April 2020. Gardeners and farmers have been waiting for the weather to change with the sub-zero night-time temperatures and exceptionally dry weather.

"Provisional figures show that April 2021 has broken April sunshine records across large parts of the UK in a series dating back to 1919". Met Office 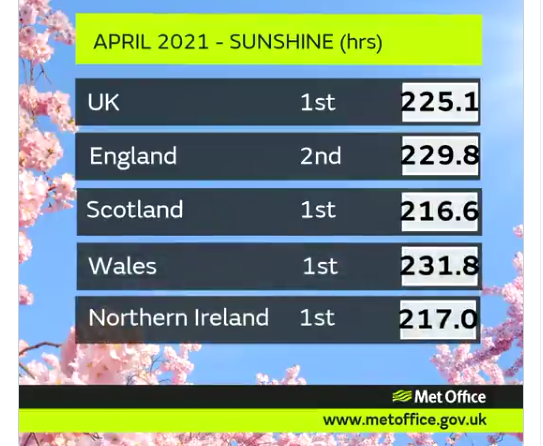 Somewhere in the UK has seen a frost every night in April. Provisional figures from the UK Met Office indicate that April has seen the most days with an air frost in 60 years. There has been an average of 13 days of air frost compared to the previous record of 11. Air frost records began in 1960 and the average is closer to 5. This kind of number is more like the winter months. Fruit trees have seen their blossom severely affected and there has been a record number of ground frosts as well. 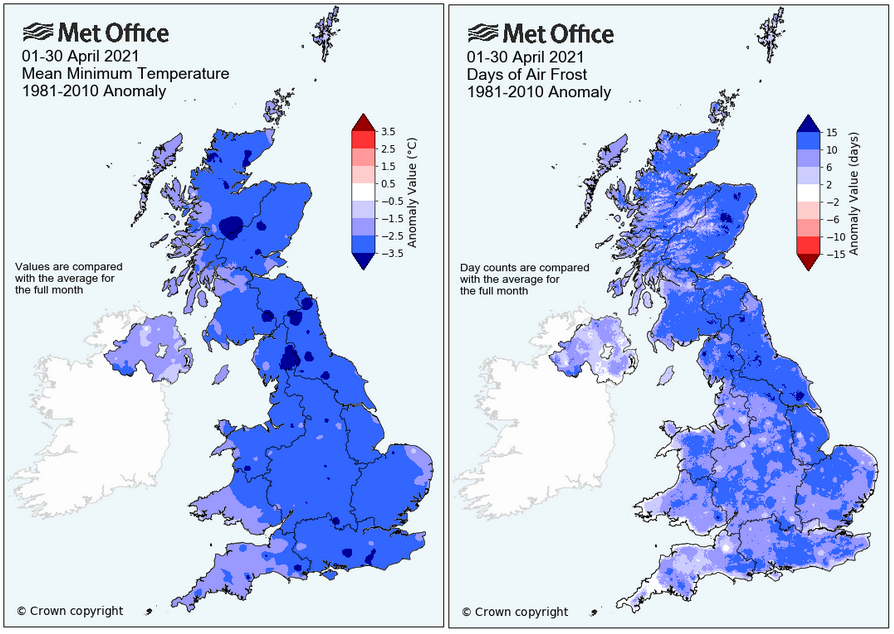 April 2021- cold overnight and many more air frosts than usual

The lowest temperature this month was –9.4°C at Tulloch Bridge, Highland on the 12th.  On average the minimum temperatures for April have been the lowest since 1922 for the UK, the third lowest since records began in 1884. It was also cool by day with the air often coming down from the north.

High pressure brought settled fair weather although with this cold flow and after the clear skies at night letting temperatures fall, there was plenty of sunshine by day. Across the UK it has been the sunniest April ever recorded, since 1919. Northern Ireland, Scotland and Wales have broken their April sunshine records and it was the 2nd sunniest April for England. 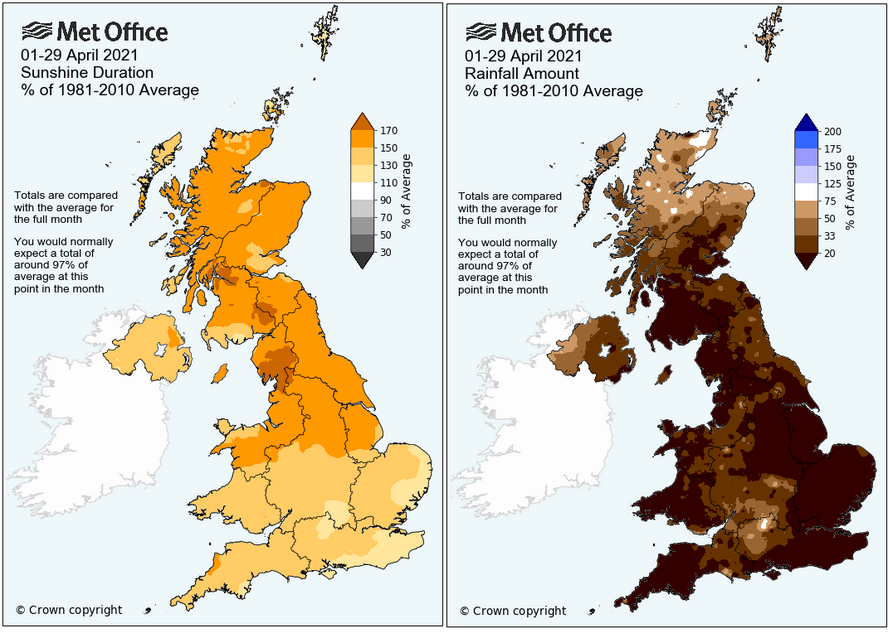 With the slowly descending air under the long-lasting high pressure, we didn’t see the usual April showers developing until the last week of the month. Some areas had seen <5% of the average monthly rainfall amount by the end of week three, across the UK just 16%. Plymouth recorded just 1mm of rain, near Stansted 1.2mm by the end of the month. Essex looks to have had its second driest April with records back to 1862 and the driest being in 2007.

Farmers were becoming concerned with so little rain. Grasslands struggled for their first cut silage crops affected by the lack of rain and the cold. The lack of moisture was also a problem for spring wheat, sitting in dusty earth.

The Fire and Rescue teams have been issuing wildfire warnings as the fire risk rose for parts of the UK. There were pleas to” not light BBQs or fires and don’t discard cigarettes or glass in the open countryside”. Fires have been seen in the Mourne mountains, the Western Isles and Yorkshire with growing concern as the dry weather continued.

April 2021 will be remembered for the chill in the air yet with the somewhat confusing warm sunshine. And also, for the ongoing frosts and very little rain.