A lot of weather to talk about this morning with more snow in Scotland and over the hills of northern England today, gales in some northern & western regions, then from Thursday into Friday as a deepening low crosses Scotland. Through today the wintry showers (with snow over higher ground) will gradually ease from Scotland, Northern England and North Wales, as will the rain showers in other parts of the country, allowing some decent sunny spells to develop across the southern half of England and Wales in particular. The winds which have strengthened overnight, particularly in southern Scotland and Northern England will also tend to die back from the west during the day. Temperatures will see quite a north-south spread with highs up into double figures in southern regions, but struggling to just a degree or two above freezing in many parts of Scotland. After the brief lull during the first part of the night the Atlantic storm starts to show it's hand with rain (falling as snow over the Scottish mountains) sweeping in from the west and accompanied by strengthening west to southwesterly winds which will strengthen as we move through Thursday. There's some uncertainty as to the precise track of the system but the strongest winds are currently expected to affect coastal regions of northern Ireland, southern and central Scotland and northern England. Initially it will be western coasts, but as the low moves through into the north sea the focus then shifts to eastern coasts. Peak gusts in exposed parts could well exceed 80-90mph, with gusts of 70-80mph further inland too, as well as this - with colder air being pulled in as the low moves through any rain showers will readily turn to snow over Scotland and Northern England - particularly on higher ground with blizzard conditions likely. Plus there is the added threat of a north sea storm surge with the risk of flooding down the east coast. We already have a weather alert issued to cover all of this, and will be regularly reviewing and updating as necessary over the next 24-48 hours. For flooding info please check the Environment Agency website. For Scotland check : Environment Agency
Tags: 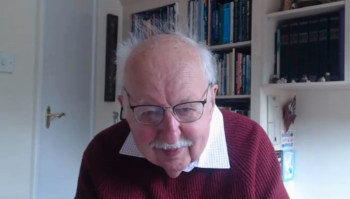