Netweather
Latest - Staying hot with the increasing threat of thunderstorms 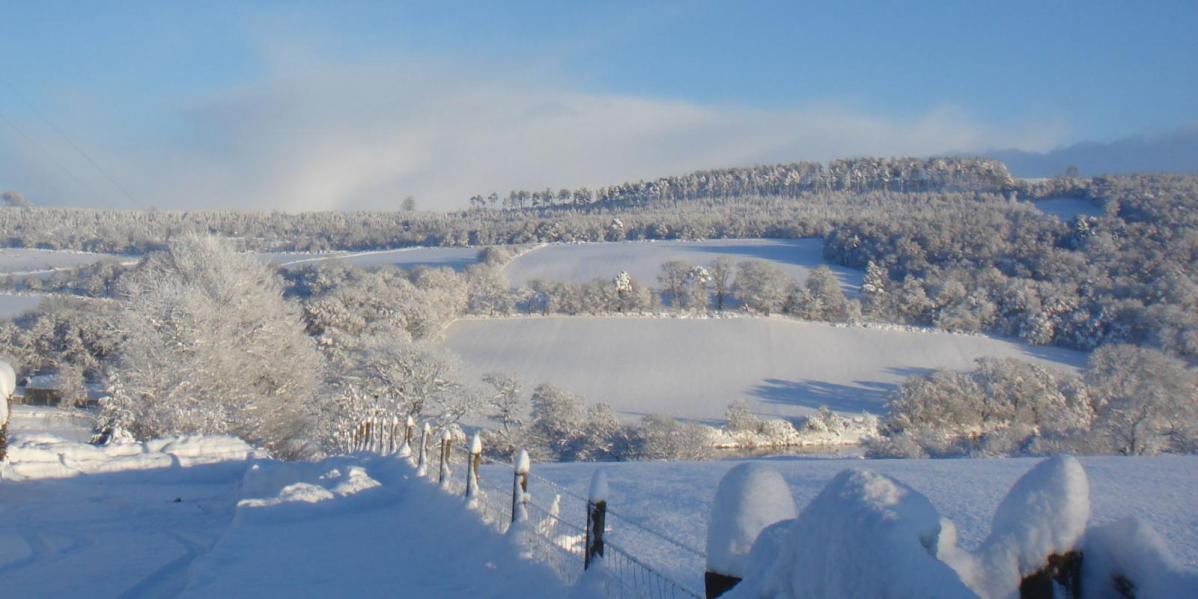 Wintry showers and what counts for White Christmas observations?

You may have thought that snow meant snow. We know from the train companies there can be the wrong type of snow and in other languages, there is a wide variety of descriptions for snow forms. It seems within the betting world what counts for a White Christmas is also quite varied.

Frozen Precipitation - that's what it is all about.

The definition of precipitation is any form of water - liquid or solid - falling from the sky. It includes rain, sleet, snow, hail and drizzle and other less common items such as ice pellets, snow grains and freezing rain.

So for Christmas, SNOW gets a tick, Sleet yes or 'rain mixed with snow', (American's seem to want to mix sleet up with Ice pellets). Rain and Drizzle - No as they are not frozen but frozen drizzle = Snow grains. That could be a yes but not always it turns out. Freezing rain = No as it is supercooled rain droplets which freeze onto cold surfaces. We want frozen, not freezing.

I was chatting to a Met Office forecaster/broadcaster and he said he didn’t like the phrase “Wintry showers” as it was too vague.

That vagueness is sometimes of use. The actual transition from rain to sleet to snow is a pain when forecasting. Our moderate climate keeps us on our toes. We have spells of proper rain, sometimes proper snow but not often. Most of the time it's those wet flurries, damp slush and maybe a dusting in the morning which quickly disappears. Using the phrase "wintry" covers quite a lot. Sleet is not a strict meteorological term, it is rain and snow mixed.

But what are the bookies looking for on the 25th December, what will qualify as a White Christmas. To be clear it has to be snow falling from the sky on Christmas Day. It could have blanket covered the whole of the UK on Christmas Eve but that does not count if a single flake doesn't fall on the 25th. 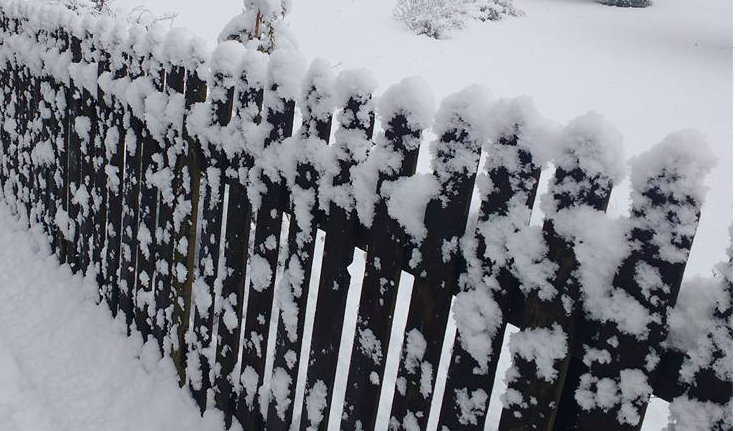 I sent out a few tweet messages to get the low down.

With regards to Snow on Christmas day. Does any frozen precipitation count? On the meteorological observations which codes count, snow, sleet, hail? Frozen rain, snow pellets or ice pellets. Hail is the key one I'm interested in, thanks Jo

Unless advertised otherwise, an official Met Office/Weather Centre must verify that snow has fallen at the nominated location at any time during the 24 hours of the 25th December.
Single bets only are accepted. Accumulative bets that are accepted will be settled as singles with the stake apportioned.
Bets are accepted only for locations at which there is an official Met Office/Weather Centre unless advertised otherwise, in which case we will nominate in advance the independent body who have agreed to monitor whether or not snow has fallen.

I then had to email the Met Office about what qualifies as snow officially, I'll come back to that. No accumulator bets on snow, if it snows in one location it is more likely to snow in another.

For a bet of a white Christmas each year, a snowflake, sleet or a snow grain (together "Snow") must be officially recorded as having fallen between 00:01 hours and 23:59 hours on 25 December ("Christmas Day") for the stated year.

Bets will settled as winners only if fresh snow falls, and is verified by the location in question or the British Weather Service, in the 24 hours of Dec 25th. A previous day’s snowfall still lying on the ground will not count. Snow, sleet or any other like substance which fell prior to the commencement of Christmas Day (including that which remains on the ground on Christmas Day), hail or ice pellets (irrespective of the time at which they fall) are excluded from the definition of Snow for the purposes of any bet.

Interesting inclusion of the snow grain but the exclusion of hail or ice pellets.

Actually Coral did the best reply included a Frozen GIF and "We think you'd need to be able to build a snowman with it to count...." I think they have Christmas music on already in the office. Ladbrokes didn't reply, I found info on their website, poor show Ladbrokes

Applies to snow being recorded at the city's main international airport weather station on 25th December 2017. In the case of cities with more than one international airport, the airport with the highest number of annual passengers will be used. wunderground.com must confirm the result by end January 2017.

So, it could be a while if you bet with PP.

If you were the weather Observer on duty on Christmas day what would you be looking for.

Some of the stations have automatic observations just done by a machine, but many of the airports have manual input alongside automatic readings, an actual person, a human observer. The data will be verified and so you may not be able to spend your winnings at the Boxing Day sales, it can take a bit of time.

Next, I asked the Met Office which specific weather types they were looking for. The summary is Snow and Sleet, it's down to how the frozen precipitation is formed.  Every hour an observation is made at various places around the UK and around the world. All this data is shared and input into the weather models. The input is in the form of a sequence of codes, the ones of interest being Present Weather and Past weather. There are nearly 100 different ways of recording the weather type from the past hour. The report and internationally agreed SYNOP code includes a station number, cloud, wind, temp, pressure and precipitation information. It can also include extra data about snow cover and depth.

These relate to weather that has occured in the past hour, but are not present at the time of the observation. Really need a comma in no 23, is that Rain with snow, or with ice pellets/ or (Rain and snow) or Ice pellets/ or Rain and (Snow pellets or Ice pellets).

Snow pellets are Graupel. You would know if you had seen this, It looks quite like snow as a covering, which could be why BWS have included it. These light squashy grains feel almost like polystyrene to touch and hold their form as little rounded grains. You can scoop them up and they aren't wet and icy like hail. 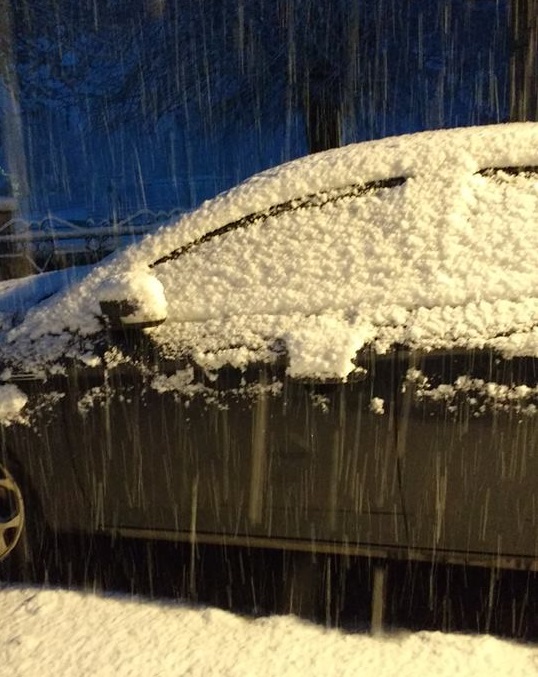 Snowflakes - a cluster of ice crystals that fall from a cloud. Once snow crystals form in the atmosphere, when temperatures are low and there is moisture in the form of tiny ice crystals, they grow by absorbing surrounding water droplets. The snowflakes we end up seeing on the ground are an accumulation of these ice crystals

Diamond dust occurs as ice crystals at -30C so we are not likely to see that in the UK, although Grampian did sit at -22C for a week in Dec 2010. It can look like a sprinkling of glitter in the sunshine.

Snow grains are solid drizzle and look like white grass seed or tiny grains of rice. Drizzle only comes from stratus, not in showers.

Ice pellets are smaller than 5mm and are spherical or irregular transparent ice particles. They tend to fall from stratiform cloud. Number 79 ice pellets not included in the list, but was mentioned in number 23. Confusing.

Missing from the list is the 30-39 group which covers Blowing snow and Drifting snow. This relates to No precipitation falling, so this would cover the Christmas Eve snow creating Blizzard conditions but not actually any new snow. It's not easy is it?

Will you get a White Christmas?

The things to remember are; lying snow doesn't count, it has to fall from the sky on the 25th. Different bookies seem to be including different frozen precipitation, so just because it looks white outside don't get too excited. Hail may not count, graupel neither, even though it may have once been a snowflake. Officially, there is no sleet, but I'll still be saying that and 'wintry showers'.

Give Santa a shake, to find out your latest white Christmas forecast.

Or try Will it snow? for the next 5 days of snow risks. 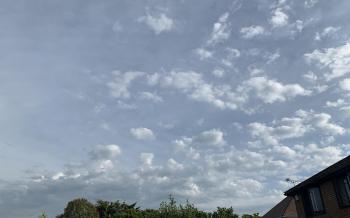 Staying hot with the increasing threat of thunderstorms 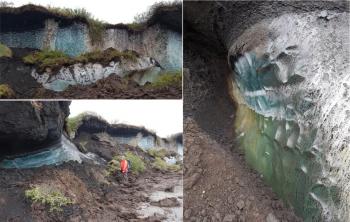