A look at local damage and VIDEO roundup from Jo Farrow. The clear up begins after Storm Arwen, a wild night. 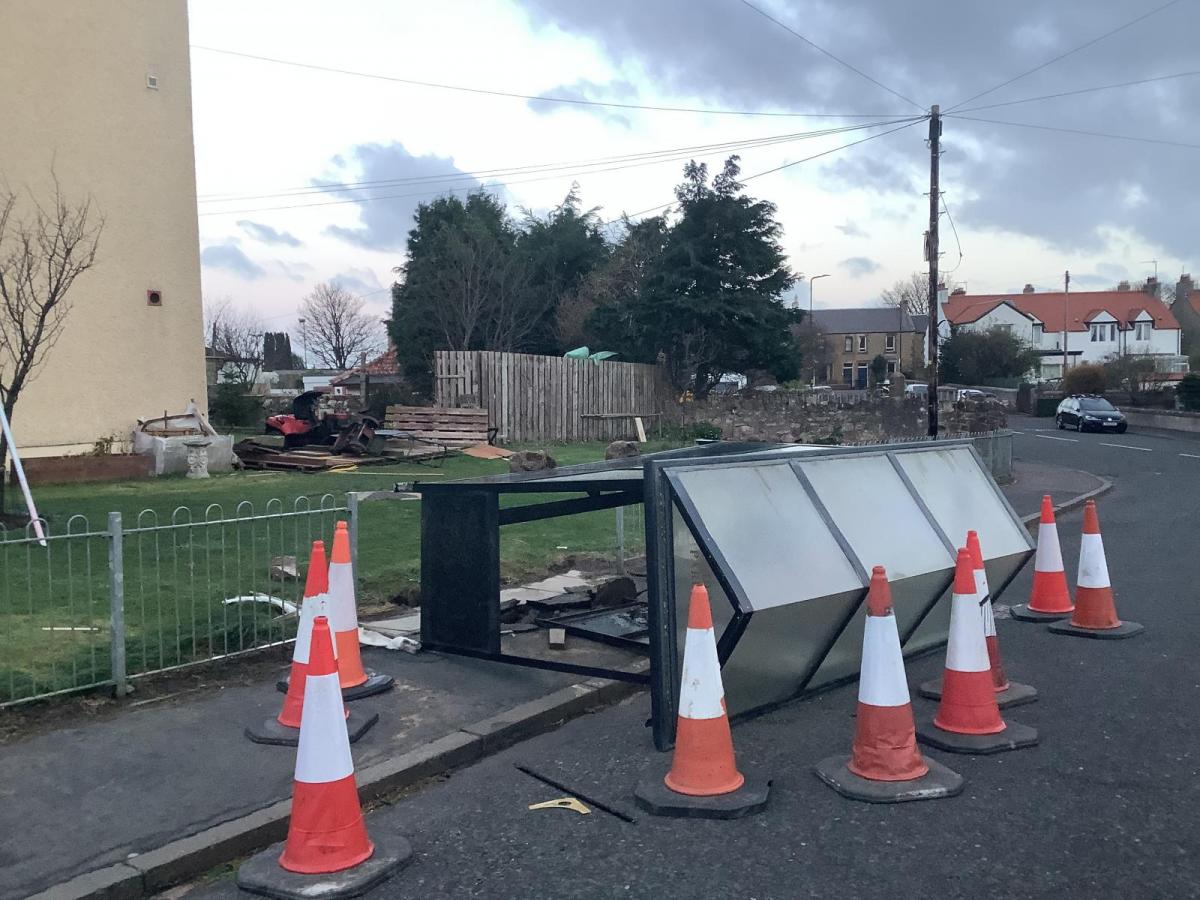 The coasts of southeast Scotland were one of the worst-hit areas overnight by Storm Arwen's winds. Northeast Scotland and northeast England also bore the brunt of the storm with wild gales and high gusts, driving icy rain or hill snow and an ongoing roar from the darkness.

As RNLI lifeboats announced their shouts on social media people tucked up at home probably gulped at those heading out to sea in this. 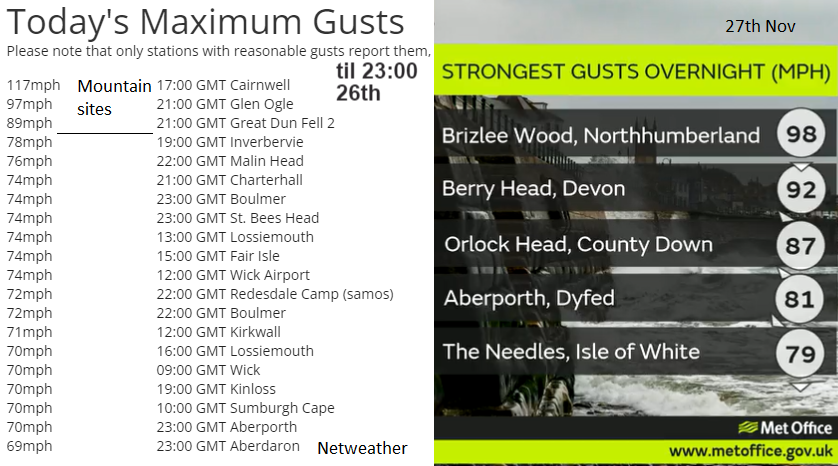 Ventured down to the shore, a country park where the trees grew in sandy soil against a prevailing SW wind not a stormy northerly. Decimated. Broken, fallen, snapped and domino-ed trees. Sad as this was a familiar walk for many in lockdown. 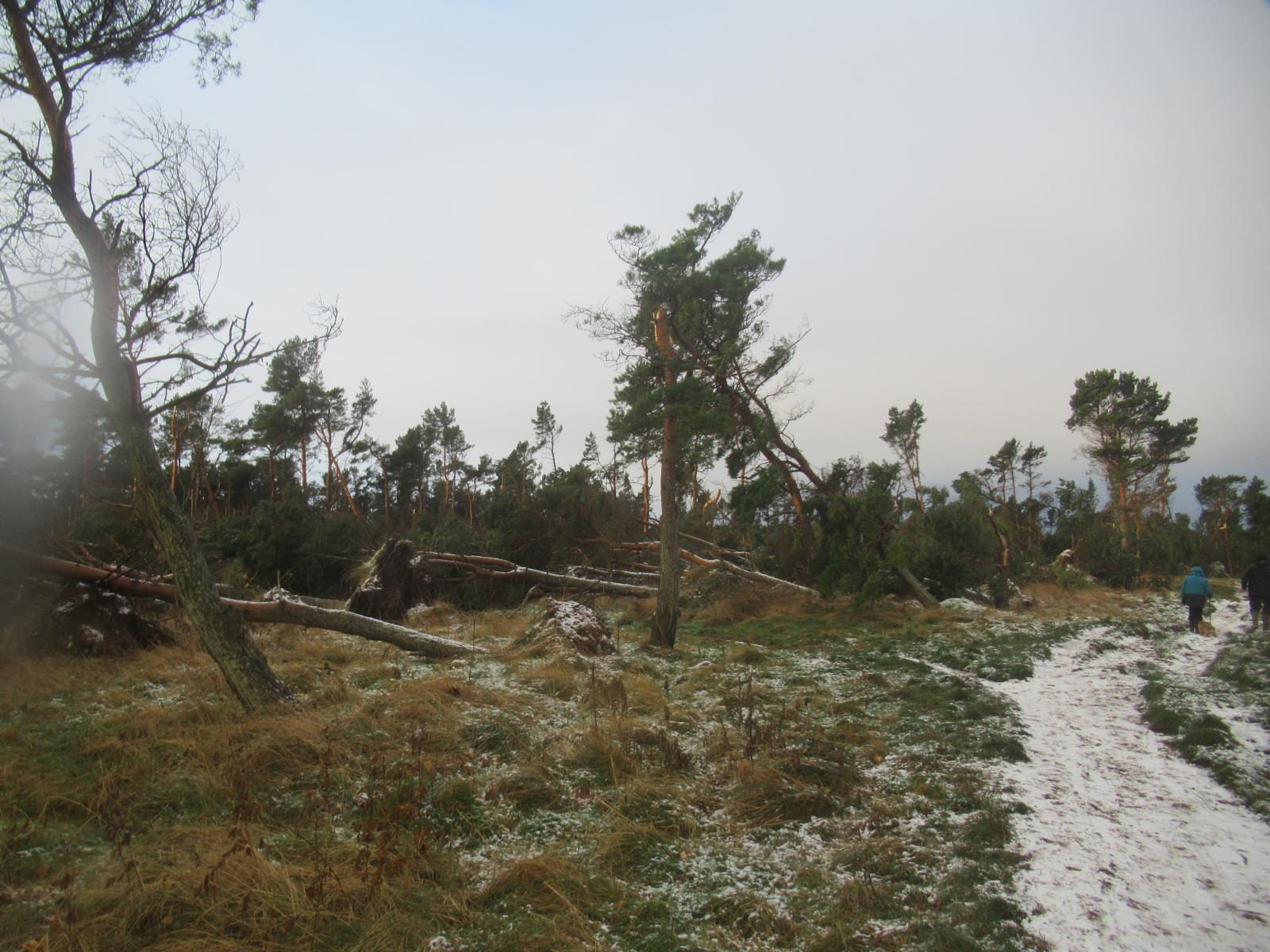 The windy weather had been highlighted earlier in the week with an early yellow wind warning from the Met Office. This was upgraded on Thursday to include an Amber area from Orkney down to Yorkshire. Then on Friday morning, a rare Red warning was added to coastal areas from Aberdeenshire down to County Durham. Both Yellow and Amber warnings show that there will be severe weather conditions but working from the Met Office weather warning matrix, a red warning shows that the impacts will be High and the likelihood of intense weather is also High.

Essentially people should make their preparations and then stay indoors. The red warning ran from 3pm on Friday 26th until 2am on Saturday with announcements that rail services and the A1 would be closing around 5pm. Some workplaces made the decision to allow their employees to leave early and get home safely. Events were cancelled but many people were still stuck. With transport links cut, road traffic delays and the winds beginning to howl. 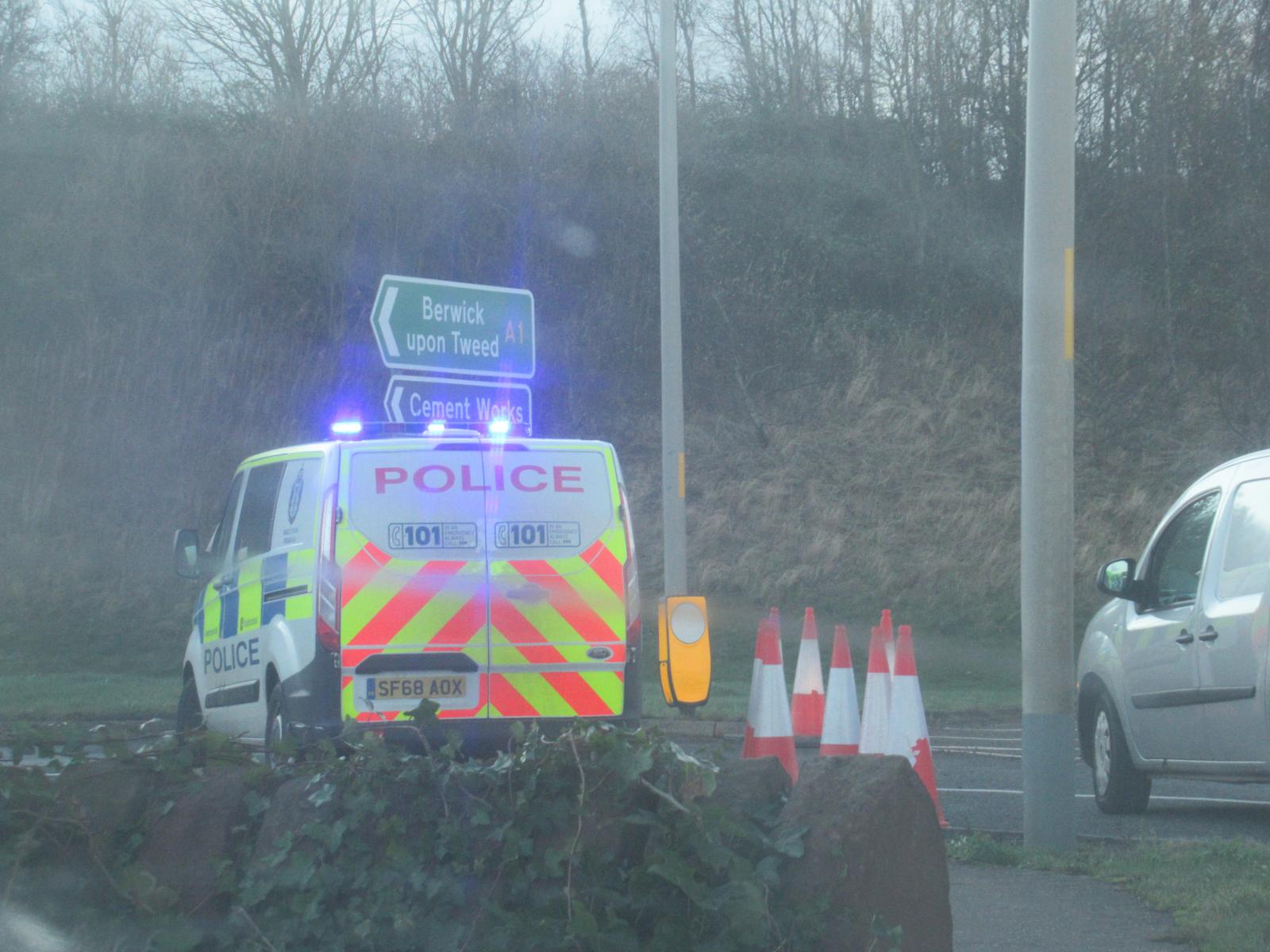 This northerly bombardment was an unusual direction. Usually deep low pressure whizz in from the Atlantic, with strong SW or westerly winds. This hit from the sea and although many of the older coastal buildings would have been built with gales off the sea in mind, the tiles and slates didn’t fair well.

It has also been very dry for parts of northern England and Scotland this year. I was wondering if this could have impacted the root systems and earth around some of the trees that fell overnight? 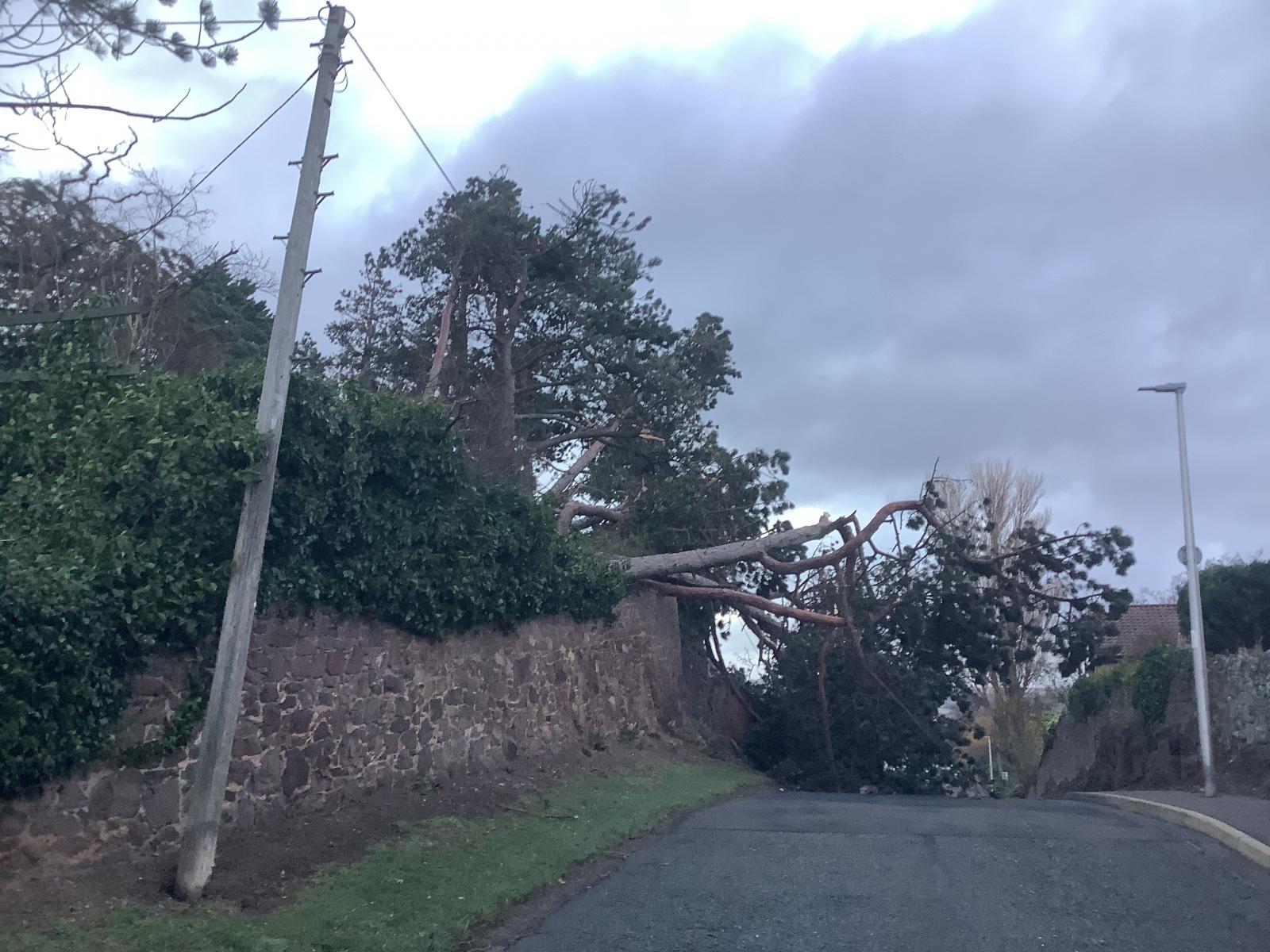 Early on Saturday, there were roads blocked by trees, big trees and some lovely trees. The Christmas lights awaiting switch on this weekend were needing a bit of attention and checking. Nearby Foxlake Adventures has a zip trail through the woods near to the coast and there is devastation as many trees toppled during the night. 2021 has been hard enough for businesses without storm damage too. 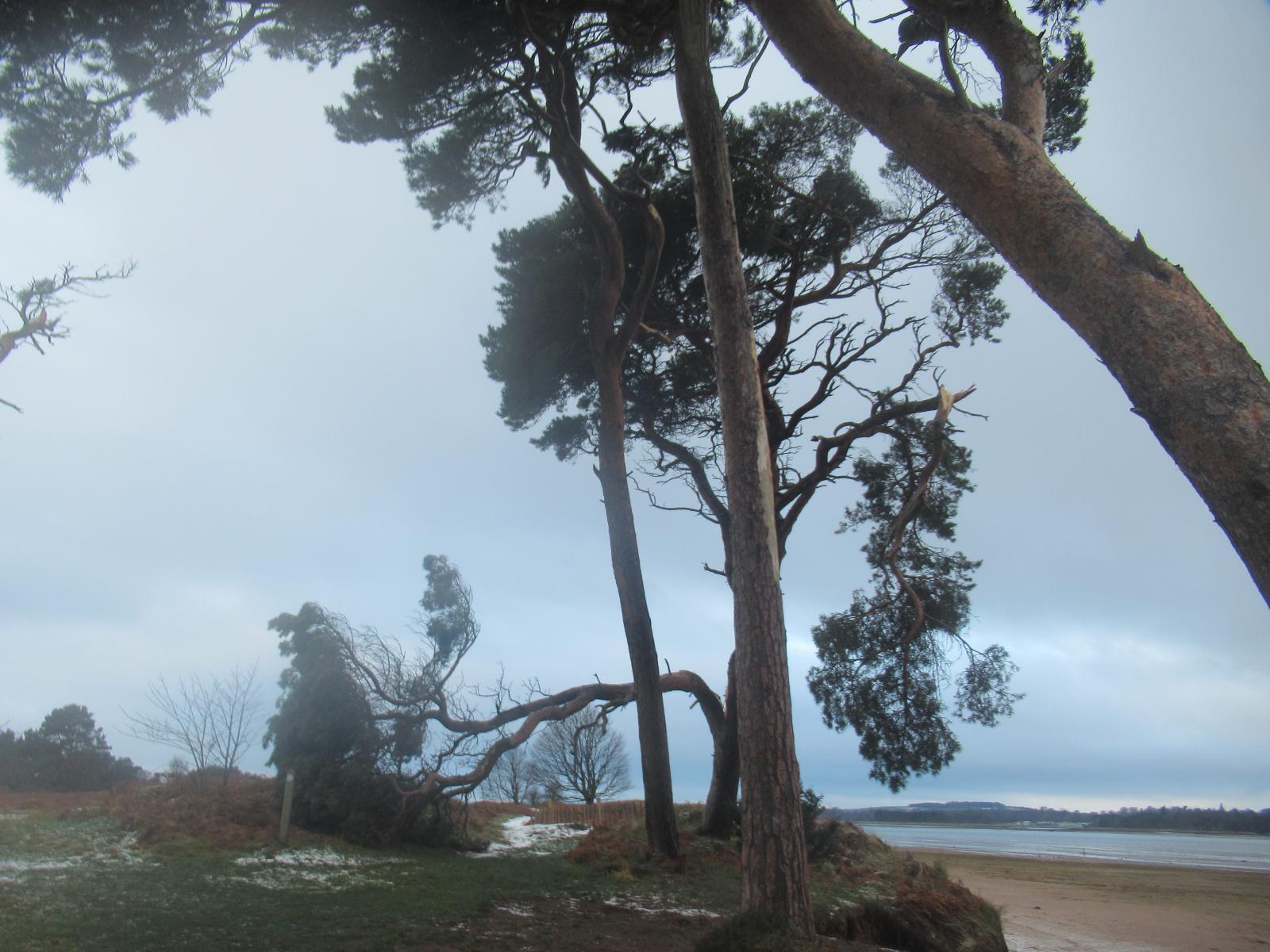 An early morning drive around town showed how right the red warning, the stay at home message was. Slates, tiles and chimney pots down which would have caused injury if they hit someone. Some had fallen onto cars and smashed windows. A bus shelter was on its side and numerous trees blocking roads and pulling down overhead wires. There were bins, recycling and rubbish strewn about and the sea was still a maelstrom. Churning and wild with huge waves. 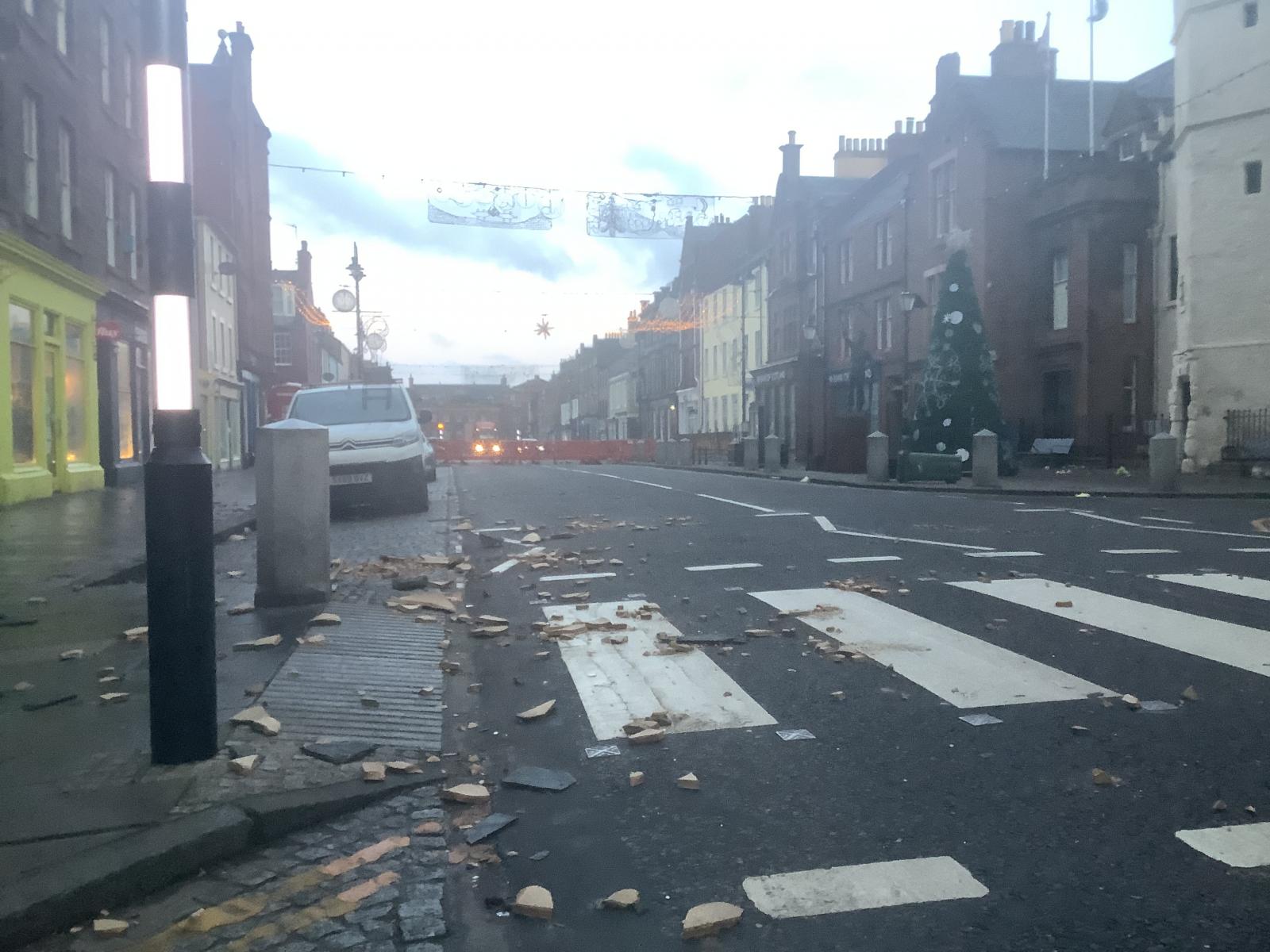 The council was out and about, beginning the clear up. People will be looking for fencers, tilers, glaziers and window cleaners. The sea spray was driven inland and there is plenty of sea foam blowing about in an amusing way.

It was just rain at sea level, although that was driving icy rain and may have turned to sleet for a time. Inland there have been power cuts and lying snow. 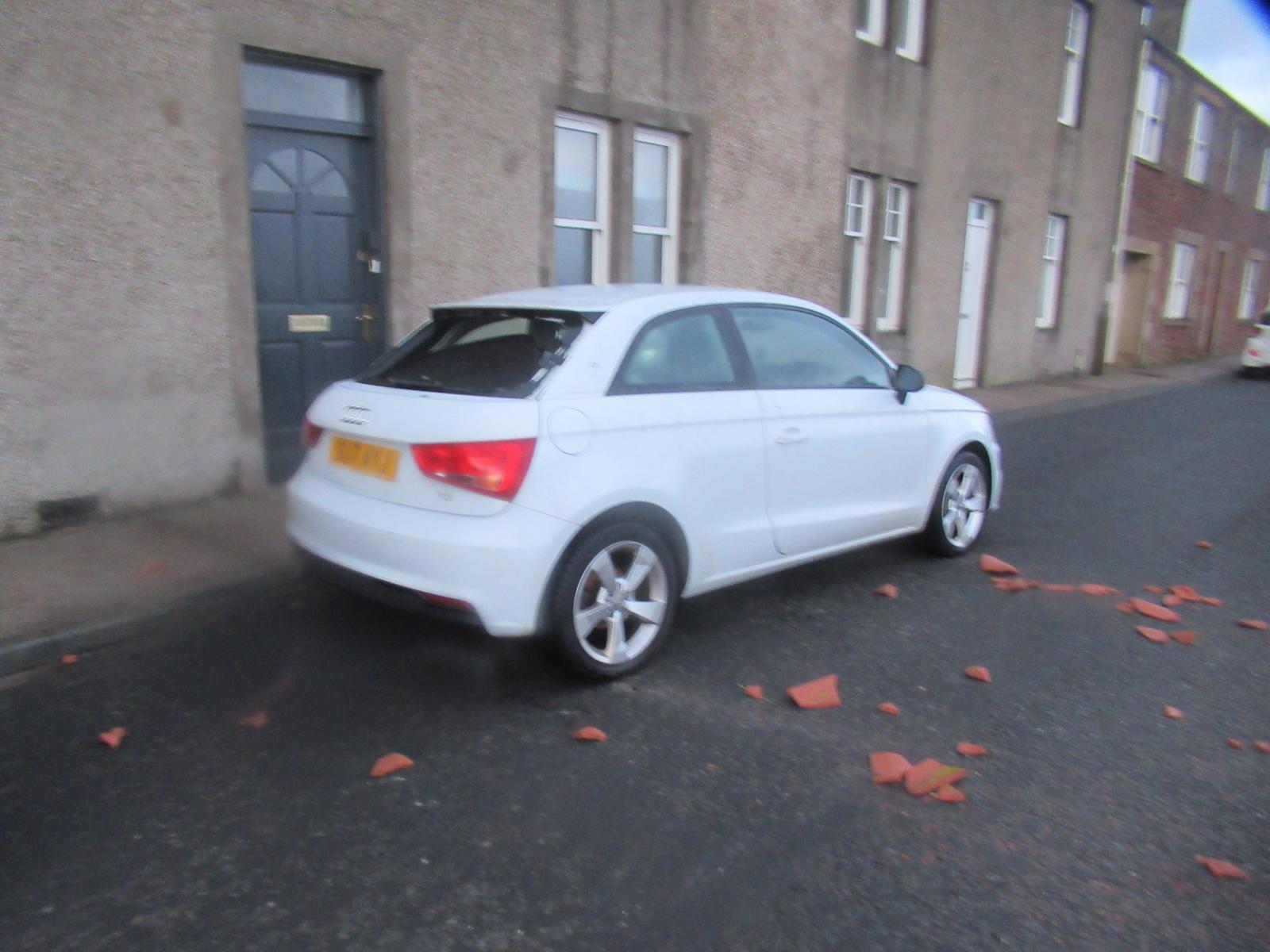 The worst is over but it is still windy and feels very cold. The sun is shining and most of the leaves are now on the floor or gathered up by doors. It will be clear and cold tonight with widespread frost and ice. There is a warning for Saturday night into Sunday morning. Storm Arwen hasn't quite finished with England yet, still bringing strong, gusty and cold winds as the low sinks southwards.

I didn’t get to see any snow from Storm Arwen but I feel like it has been quite the event. Now to clear up those leaves.