Netweather
Latest - Mild vs cold battle is back, rain and snow along boundary will move south by the weekend

Can you read, do you have a mobile phone, can you swim, can you leave? 876 million people in the world are illiterate, two-thirds of these are women. In the 1991 cyclone disasters that killed 140 000 people in Bangladesh, 90% of victims were women. In the 2006 tsunami, many more women died than men. The women were at home.

Back in 2014, the World Meteorological Organization (WMO) discussed how weather and climate services could embrace the special needs and strengths of women to reduce their vulnerability to disasters and climate change and realize their potential as champions of community resilience. This was 'The Conference on Gender Dimensions of Weather and Climate Services in Switzerland.'

This year in Africa, 'The Greater Horn of Africa Climate Outlook Forum' used its 50th session to look at gender sensitive weather and climate services in order to promote a deeper understanding of how men and women have different needs and roles in climate adaptation and disaster risk reduction strategies.

What has gender got to do with weather and climate?

Severe weather would relate to storms and cyclones, torrential rain and mudslides. Dry or very hot spells which lead to drought. A persons ability to survive the actual event and the ensuing chaos might be down to chance or luck, however other factors influence survival heavily. Women and mothers have always been more at risk from natural disasters for millennia. In the Bible, Luke 20 “How terrible it will be for those women who are pregnant or who are nursing babies in those days because there will be great distress in the land”. That’s biology, this relates to gender.

Gender refers to socially constructed roles that shape the behaviours, activities, expectations and opportunities considered appropriate in a particular socio-cultural context for all people. Gender also refers to the relationships between people, and the distribution of power in those relationships.

Gender interacts with, but is distinct from, the categories (male, female) of biological sex. WHO (World Health Organisation) ·

This is about roles and gender stereotypes that lead to the inequalities. Recognising this and as our global climate changes, action is needed. 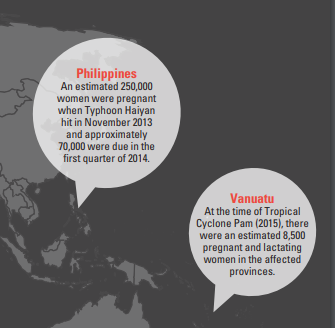 “Women commonly face higher risks and greater burdens from the impacts of climate change in situations of poverty, and the majority of the world’s poor are women. Women’s unequal participation in decision-making processes and labour markets compound inequalities and often prevent women from fully contributing to climate-related planning, policy-making and implementation” UNFCCC  (United Nations Framework Convention on Climate Change)

"Women are proportionally more exposed to the negative effects of climate change such as extreme weather events, droughts and floods, especially in poor communities and developing countries. On the other hand, women are key actors in the response to such events as they are usually the main cares for family members and households" UNFCCC

Climate would relate to longer-term changes such as more severe weather events, longer droughts and so food shortages, water issues with crop and livestock depletion. Rising sea levels and issues for coastal areas. Crowded urban areas on unstable earth leading to higher risks of mudslide catastrophe. Moving to unsuitable areas or inability to move from barren lands, some people leaving to search for work, but others left behind. Hunger and poverty and the desperate choices that then appear.

The gender influences can relate to receiving the weather warnings, actually getting and understanding the information. Ability to swim, ability to climb, have you lived in a community where you haven’t been allowed out without a male companion. Education, health and strength, clothing, who are you responsible for, how free are you to run. Are you now a burden to your family, should you be married off, are you alone on your way to or in a refugee camp. Surviving the actual days of the disaster is one thing, the aftermath is another.

Women have less access to communication. There are 200 million fewer women than men with mobiles phones and 250 fewer million women online. Think how you get the weather warnings here in the UK. There has been a lot of progress in developing countries around warnings systems particularly for mobile phones and on social media. In some areas, important news comes to the meeting places, where the men are and may not reach the women, in time or at all. And if a message if being received by men, then that is the audience it is created for. Looking at the impacts and needs, that discussion and feedback would make a better warning system. That is what the conferences were looking at.

Even if the messages get through, will they be read and the impacts be understood, will the warnings work? Even for less severe, but longer-term forecasting such as El Nino, does this information get through?

Can people do anything even with the information? Women are much less mobile than men. They traditionally look after the family, the children and the elderly. They don’t have access to credit, they often don’t own the land they tend. It can be less safe for them to move about, or culturally unacceptable. Or just impossible if pregnant or with small children. Poverty also cripples successful relocation attempts. Shanty towns appear on areas of towns which are not stable and as seen in Sierra Leone, these regions then suffer devastating mudslides. Also for the brutal moments or hours of a cyclone or flood, many women and girls will have never learnt to swim, or physically climbed, maybe run for years.

Politics
Women are poorly represented in decision making bodies so their ability to change their situation is restricted. When times are hard, girls stop going to school, their education ends and their ability to improve their life is hit, they could even be married off as one less mouth to feed. They still don’t have equal protection from laws, a voice and even an equal footing on social media, (from the phone and online figures above.)

The gender issues aren’t necessarily all one way. Fishermen are particularly vulnerable to storms and cyclones, but sea area warnings are highly invested in and as a proportion of deaths overall there are fewer. Men are at risk from mosquito bites and realted illnesses as they work outside more and in developed counties, more men succumb to flooding as they are more likely to take more risks in attempting to get through flooded areas. Women and men perceive and identify risks differently. How they react to a hazard and cope will be different.

If you want to survive it helps to be fit. Women in Asia tend to cook more, over indoor stoves and the fumes create health issues, this then weakens the women to start with, before a disaster. The indoor pollution is responsible for 1.2 million deaths a year, anyway and seriously lessens the ability for others to survive anything else that comes along. Women are more prone to vitamin and iron deficiencies, so in a crisis, when food is scarce this under-nutrition worsens as they will often be the first to go hungry. This also has repercussions for pregnant or lactating women. The stress of such an event can bring on labour or complications which can be fatal.  Also, women are usually the water gatherers and water-borne diseases are more likely after a disaster, so they are in completely the wrong environment. When a crisis occurs, women are more vulnerable to sexual violence, unwanted pregnancy and trafficking.

"After Cyclone Pam in Vanuatu in March 2015, evacuation centres on Emae Island were “overcrowded, lacked privacy and lighting, particularly around toilet facilities…” (CARE, 2015b). 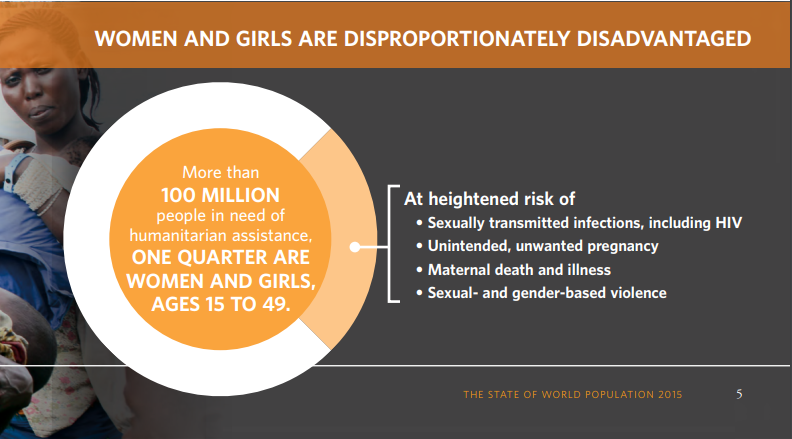 What can be done

Gender mainstreaming involves assessing the gender implications of any planned action, including legislation, policies and programmes, in all areas and at all levels. Mainstreaming gender can also promote women’s empowerment and equality of participation at all levels of the health workforce.

“Recent evidence suggests there is another powerful reason to educate girls: empowering women through improved education reduces vulnerability to death and injury from weather-related disasters” (Save the Children, 2014).

“We need a change from reacting to weather disasters towards preventions, preparedness and empowerment of individuals and communities to withstand and recover from them.” 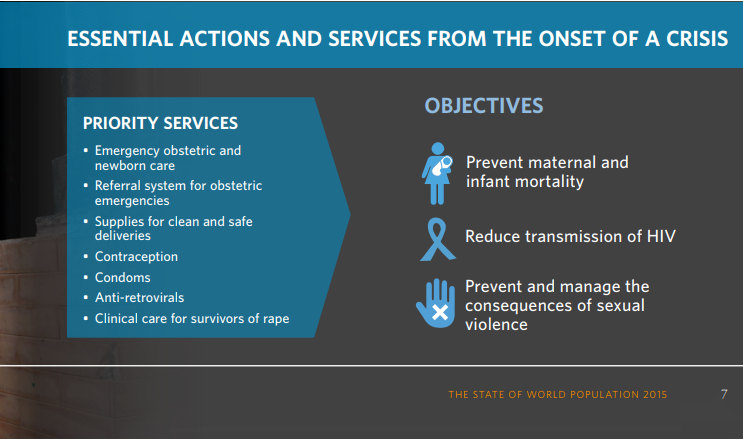 Soon after a disaster such as a cyclone, there needs to be prenatal care and delivery services. “Reproductive care should be available in all situations.”

Produce and communicate services well, with wide, relevant involvement to create warnings systems that are understood and effective.

Get more women involved in STEM (science, technology, engineering and mathematics), particularly in meteorology and hydrology.

The recruitment, retention and promotion of women in international and national bodies who make policy and the decisions. So women participate, act, are heard and are able to get the education and knowledge for decision-making power, to develop climate policy.

"In disaster situations, women may obtain relevant information differently and have distinct needs and differing access to resources that aid recovery due to gender-based divisions of labour, patterns of mobility and socially-expected behaviour patterns.  Equal inclusion of men’s and women’s voices is essential to reduce the impacts of weather and climate and build community resilience." UNFCCC 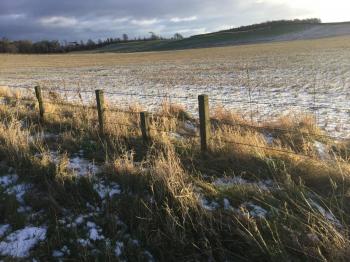 Mild vs cold battle is back, rain and snow along boundary will move south by the weekend 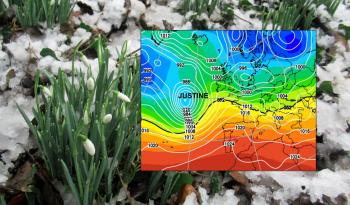