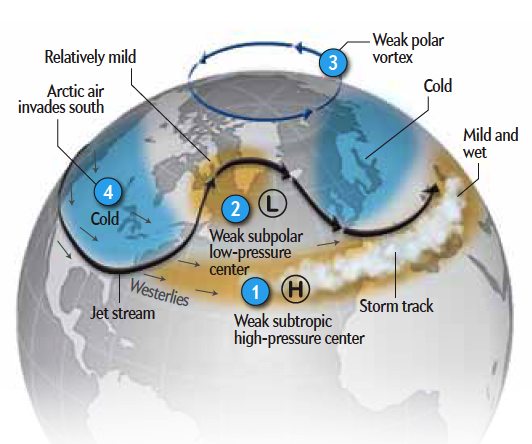 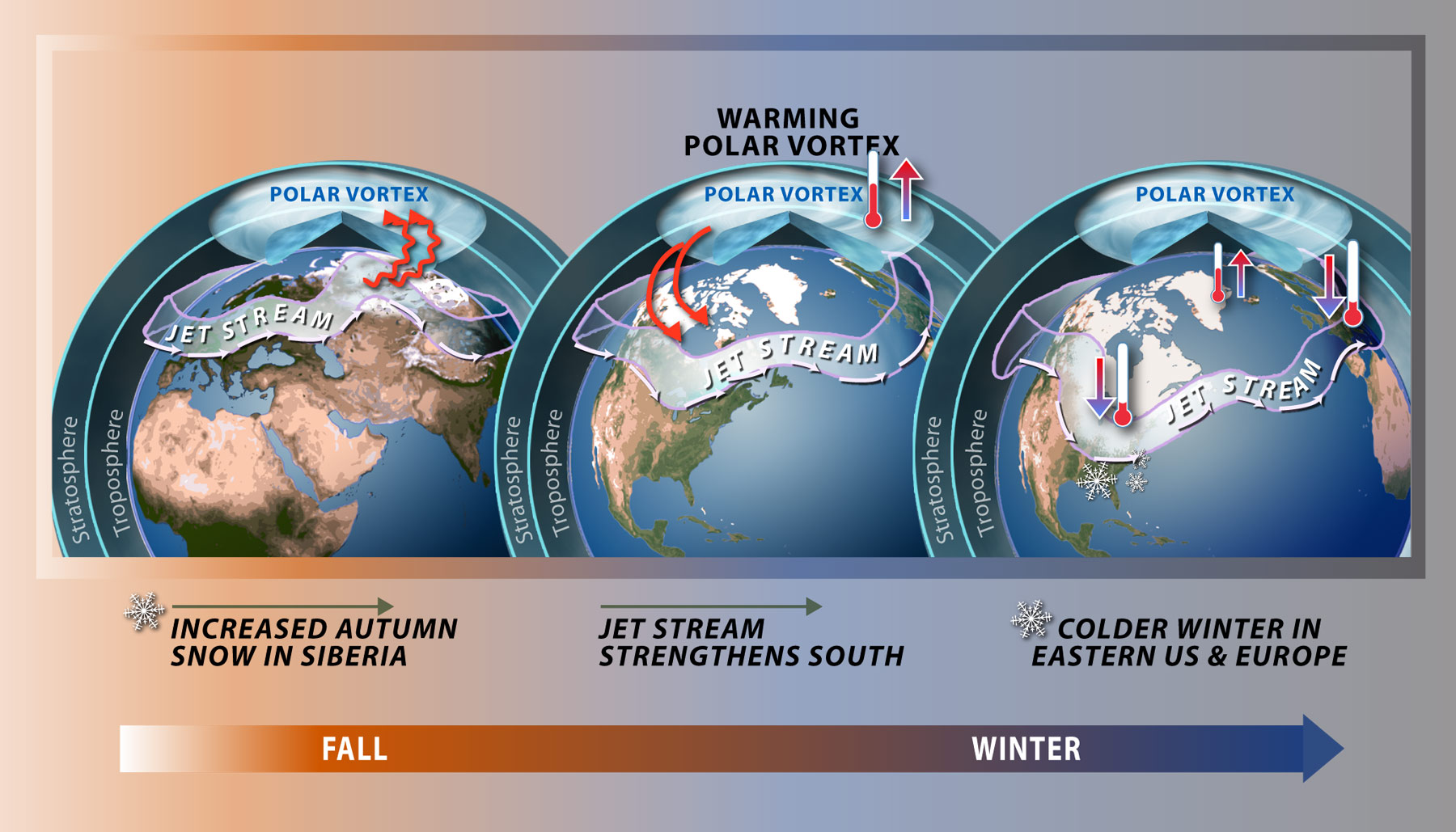 This spinning vortex of cold air isn’t a perfect circle and does tend to bulge around its edges, creating ridges and troughs. Over the Northern Hemisphere, these troughs in the PV can push south far enough to bring ‘lobes’ of the polar vortex deep cold air across parts of North America, Siberia or even northern Europe, bringing significant cold spells. A similar persistent ‘lobe’ of the PV over N America attributed to the very cold conditions that persisted over eastern Canada, central and the eastern USA during the winter of 2013.

The bulges or lobes come about when distortion of the Polar Vortex takes place - which is often initiated by Rossby waves in the high latitude upper westerly flow (or polar front jet stream) over Northern Hemisphere around the periphery of the Polar Vortex. These atmospheric waves are mainly created by the Coriolis Effect and heat fluctuations caused by tropical convection, sea surface and land surface temperature. These waves can propagate poleward transferring anomalous heat from the troposphere into the low stratosphere, which can distort the Polar Vortex circulation by reversing the westerly winds in the stratosphere which tends to push the centre of the vortex south of its usual North Pole position. So when the PV distorts, the jet stream can sink much further south towards the mid-latitudes of N America and Eurasia, bringing cold and dense arctic air with it. Occasionally, Rossby waves may amplify and focus upward propagation of warm air sufficiently to cause a Sudden Stratospheric Warming (SSW) which can lead to the total collapse of the Polar Vortex – this has lead to some of the coldest winter spells in the northern hemisphere in the past.

These episodes where the Polar Vortex and, subsequently, the jet stream is displaced south can be linked in with what is known in meteorology as the Arctic Oscillation (AO) - which switches between positive and negative phases during the year, depending on the state of the polar winds. When the AO is in the negative phase, the polar winds are weaker - which often leads to one or more severe cold outbreaks across the mid-latitudes of the Northern Hemisphere. 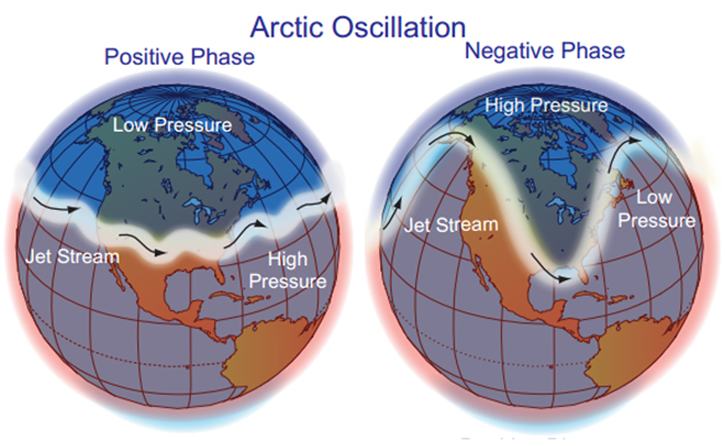 The Polar Vortex is not: 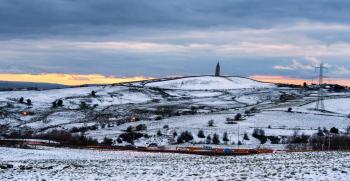 Wintry Start In The North, Cold Day With Showers In The West, Turning Milder Tomorrow 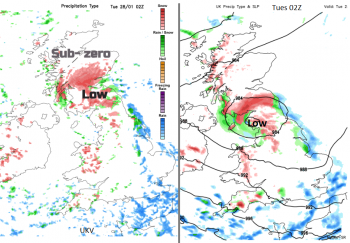