Following the chilly easterly this weekend and early next week, it's set to turn even colder from mid-week as winds turn northerly - pulling in cold arctic air. With the the colder air will be an increasing risk of snow 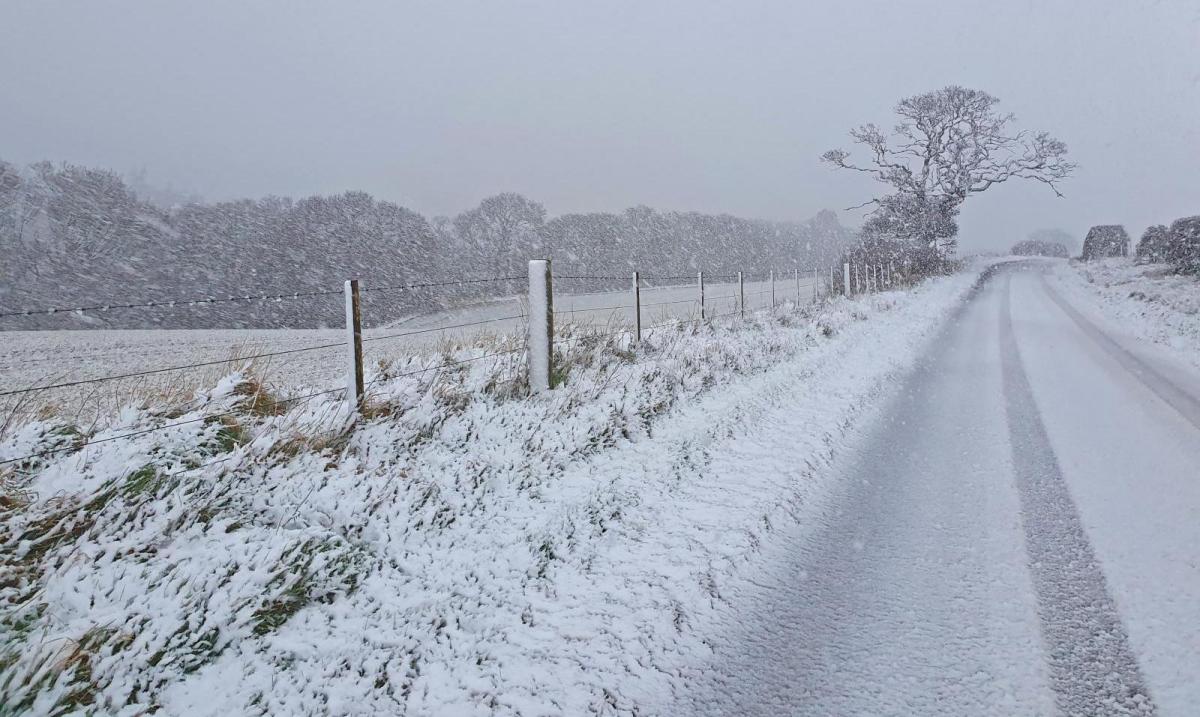 An area of high pressure over Scandinavia controls our weather this weekend, bringing a chilly easterly or northeasterly flow across Britain along with some showers towards eastern coasts. An easterly flow this time of year is often cold and indeed the source region over Scandinavia and the Baltic States has been generally at or below freezing on Saturday, well below freezing at night. However, the upper temperatures aren't particularly cold and the anomalously warm sea surface temperatures of North Sea, which range from 11C in the north to 13C in the south, are moderating the surface cold air moving out of northeast Europe as it crosses the North Sea, so its chilly rather than particularly cold. So, the showers are falling as rain for most away from higher ground in the north.

We keep the northeasterly flow early next week, keeping it chilly – though across the south temperatures will recover a little to average values by day with the longer sea fetch and easing of the depth of cold air. However, a blocking area of high pressure will build north across Greenland early next week. At the same time, a chunk of the tropospheric polar vortex will push out from the arctic southwards over Scandinavia and the Norwegian Sea before moving across Britain later next week. So winds will turn northerly by mid-week and will introduce colder air from the arctic across all parts through the second half of the week.

Watch a chunk of the tropospheric polar vortex drop south towards the UK next week, bringing with it colder arctic air

The northerly flow developing across the north later on Tuesday will introduce snow showers across Scotland on Wednesday – more particularly around coasts and most frequent towards the far north. A Met Office Yellow warning has been issued for northern Scotland.

The northerly flow reaching all parts Wednesday and continuing through Thursday and Friday. The airmass will be colder than the easterly this weekend, 15z UKV progs 850 hPa temperatures (around 1500m up) of -6 to -8C generally on Thursday, but across northern Scotland they get as low as -10C for a time early on Thursday. Wintry showers around northern, western and eastern coastal areas for the second half of the week. But perhaps the odd disturbance in the flow, such as a trough or small low moving south too, bringing a band of more organised sleet and snow inland somewhere too on Thursday. But too far out to say where, though looking at this evening’s operational runs, most likely moving south across western and central areas. What falls inland will likely be snow, more of a wintry mix or rain near coasts as seas are still relatively warm early in winter. 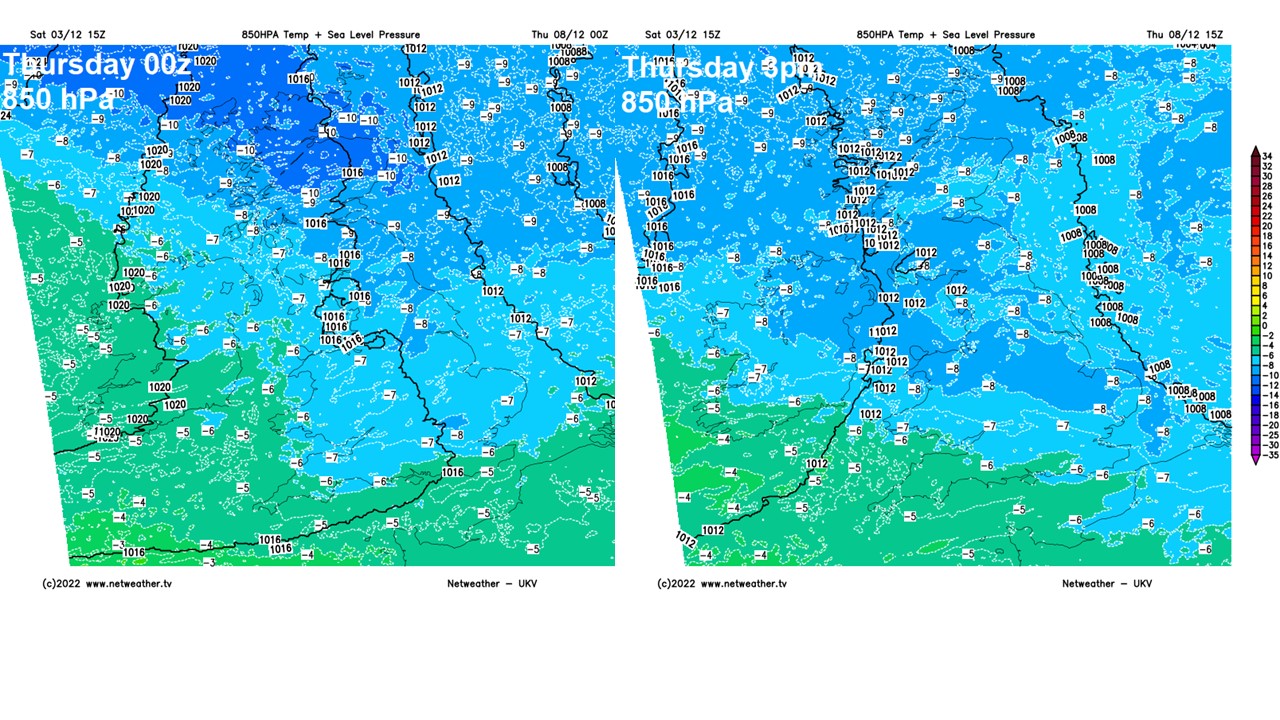 More uncertainty by the end of the week and into the weekend to where surface low pressure tracks near or over the UK, which depends on the movement on an upper low modelled to drop south or southwest across the UK and the North Sea, part of the tropospheric polar vortex that drops south from the arctic earlier in the week.

Wintry showers, likely falling as snow where they move inland, spreading south during second half of the coming week. Showers mostly towards coasts.

Where this low or lows move could determine where perhaps wintry showers or more organised areas of sleet or snow could move inland. Otherwise, generally, wintry showers will affect coastal areas later next week and next weekend - as cold air of the upper low over warmer seas creates convection and showers. While inland, it will be drier – unless a low or trough moving south brings sleet or snow inland.

So the surface airmass will become cold enough from the north for snow to fall across most inland parts during the second half of the week and into next weekend. Freezing levels will be quite low too, which will reduce marginality at the surface. So snow falling from snow-bearing clouds will have less time to melt, particularly if the surface is calm. However, there is still scope for marginality at lower elevations near coasts, where onshore breezes have been moderated by sea surface temperatures still in the low teens Celsius. And where onshore flow moves further inland it could mean snow melts to sleet or rain further inland too. The shallow areas of surface low pressure floating around on some models will make forecasting the surface flow at range difficult, because an offshore or onshore flow can make the difference of a few degrees and difference between rain or snow. So could become a forecaster’s headache trying to predict snow where and when until much nearer the time.

Looking further ahead, beyond next weekend, it looks like it may stay cold for the long haul into the following week. Pressure / heights look to remain high to the north over Greenland and Scandinavia, while pressure / heights remain low close to the south over the near continent. There is a chance, albeit lower probability for now, of milder conditions moving in from the southwest, as low pressure moving northeast from the Azores tries to breakdown the cold air, but it is more likely the entrenched cold air will keep lows and the milder air to the south.