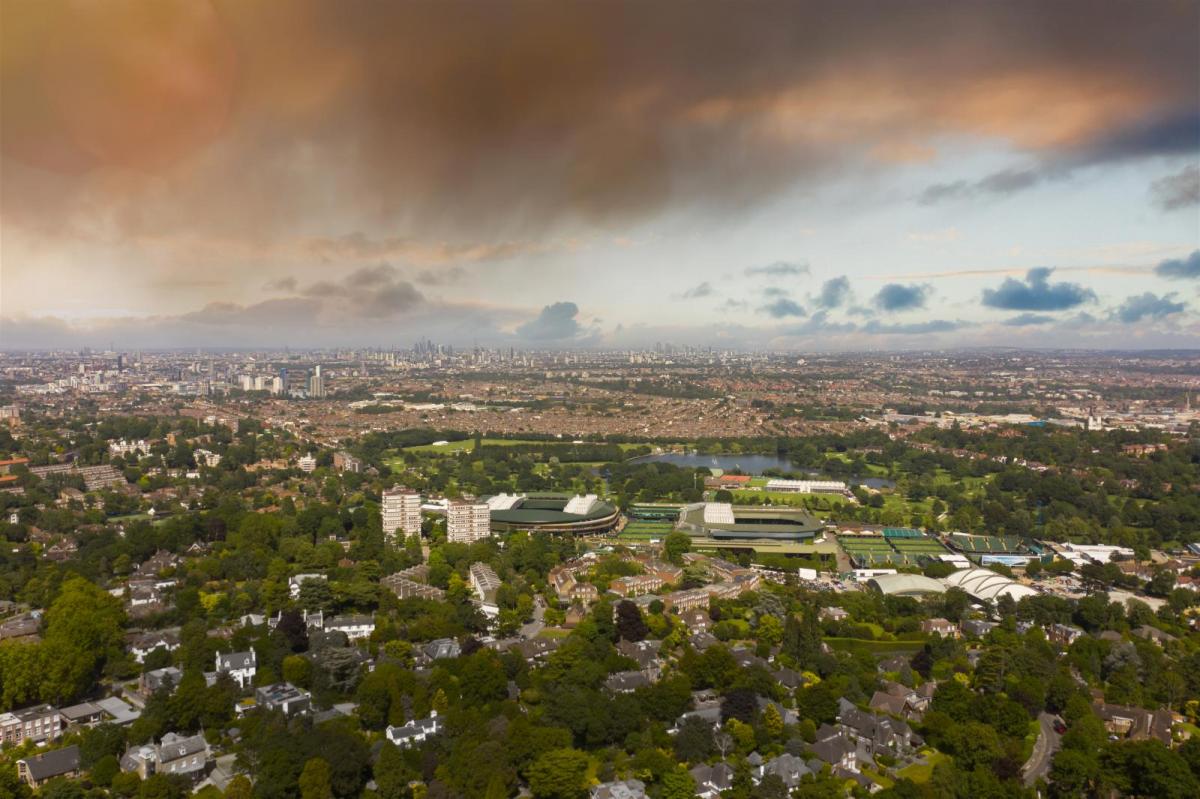 Wimbledon 2022 starts today with plenty of fair, sunny weather in the forecast for week 1. It’s not completely dry but not a washout, with temperatures around 21C 70F.

Unfortunately, there is rain on the way this Monday as the defending Men’s champion Novak Djokovic (1) takes to Centre court. He faces Kwon Soon-Woo (S.Kwon) followed by Emma Raducanu's (10) and then Andy Murray’s matches so those with tickets will not be wanting any rain delays. Although the roof may just be closed. A shame for the outside courts as bands of showers work in from the southwest. 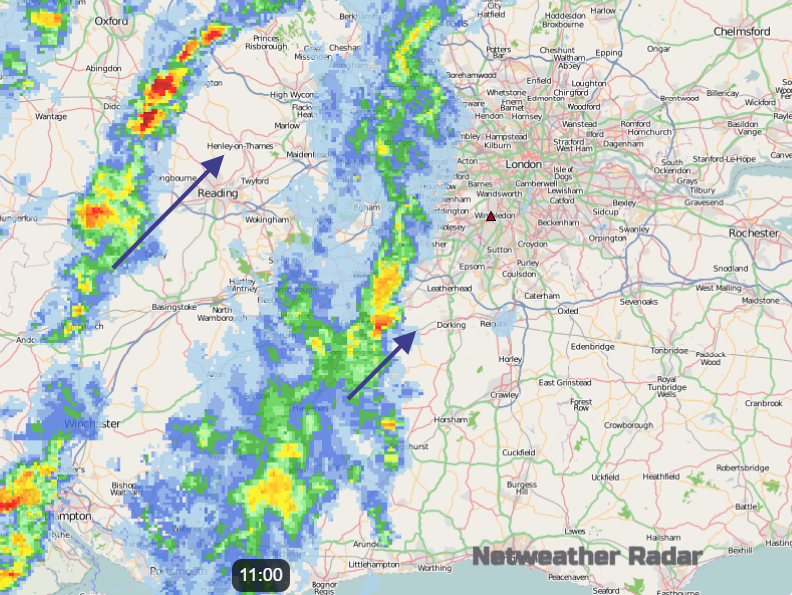 There are several episodes of showery rain working in from the west this week as low pressures run in off the Atlantic but struggle and fade over the UK. SW London will have some shelter from the worst of any wet weather but won’t be immune.

The Women’s champion from 2021 Ashleigh Barty retired in March after winning the Australian Open but Serena Williams is back as is Rafael Nadal. Mattea Berrettini was the Men’s runner up last year and has just won Queen’s. The World number one Daniil Medvedev will not play due to the tournament ban on players from Russia and Belarus. Crowd favourite Roger Federer will not play this year but the British Men’s No 1 Cameron Norrie (9) starts the play at 11am on Court 3. 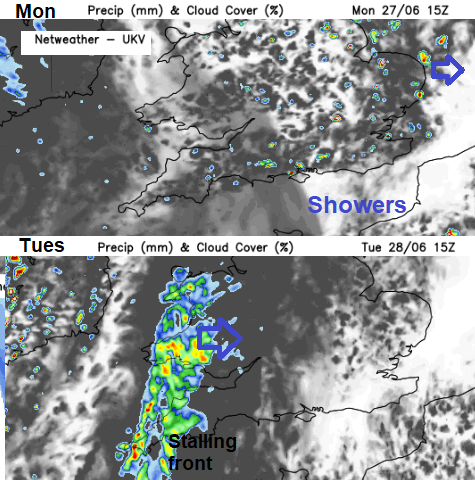 Today there will be showers coming and going but getting more well scattered as the day goes on. Tuesday looks fine and dry with sunny spells but for those queuing early on Wednesday, there could be some heavier downpours. Overnight temperatures will be down to 12C tonight, but around 15 to 12C for the rest of the week. That will feel cool if it is also damp.

More GBR players on courts 3 and 18 today. There are 18 Championship courts and 12 grass practice courts and the weather is a key part of the fortnight.

“The perceived speed of a court is affected by a number of factors such as the general compacting of the soil over time, as well as the weather before and during the event.
The ball will seem heavier and slower on a cold damp day and conversely lighter and faster on a warm dry day. The soil must be hard and dry to allow 13 days of play without damage to the court sub-surface.” Wimbledon

It has been relatively dry and warm over recent weeks; we are awaiting the June 2022 UK statistics at the end of this week. The courts are covered to keep them dry and firm which protects the even consistency and hardness for the Championship play. Spectators could be waiting a bit today for the covers to come off.

There could be some heavy, even thundery downpours for SE England on Wednesday and Thursday. We’ll have to wait until nearer the time to see if they affect SW19. Keep an eye on the Netweather Radar this week. Friday and Saturday look fine and dry.