A look ahead to half term and Jubilee Beacons weather

As we near the end of May, there is half term coming up for some schools in England and Wales and the Jubilee weekend with an assortment of days off. For most that will be two Bank Holidays on Thursday and Friday in early June. Schools around the UK may vary. With plenty of outdoor activities being planned, what about the weather?

This far ahead it is more about themes for the week rather than detail for a day, or indeed a certain time. 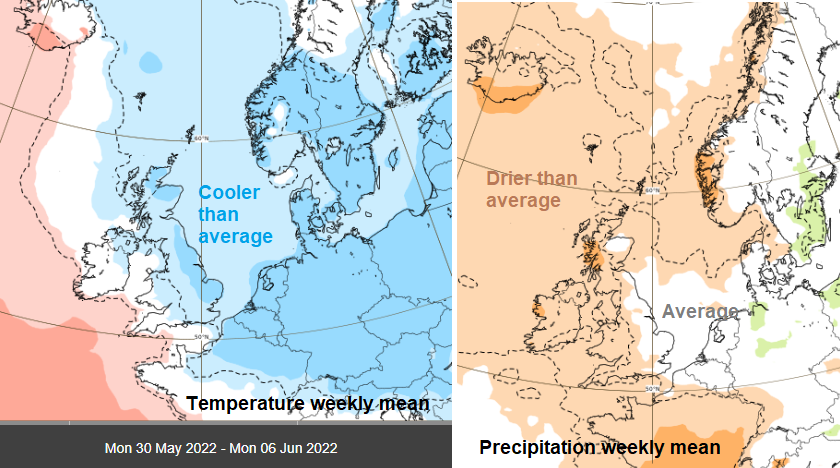 High pressure looks to be lingering away to the northwest for a good part of the week. With the clockwise flow around a high pressure, that brings cooler air down the North Sea. So, temperatures look to be below average rather than above, with a cooler emphasis for eastern Britain and a more usual feel to things for early Jun for Cornwall and Devon. That is over the whole week, so there still could be a warmer day or two. The precipitation chart for the whole week shows a drier theme, particularly in the west but around average for eastern Britain in that cooler probably showery flow. 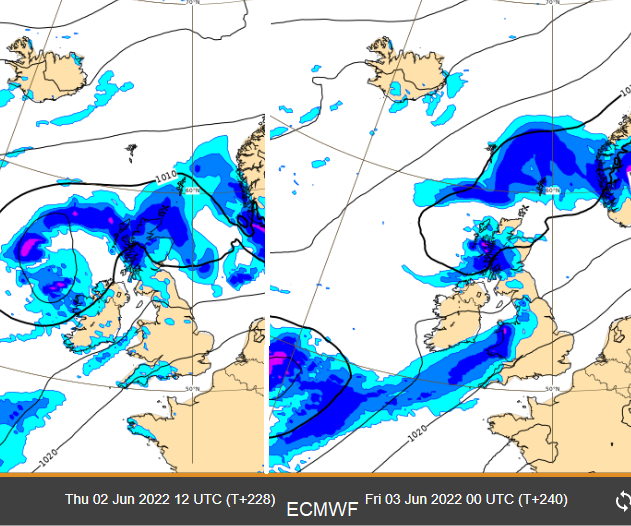 Mixed signals for the detail of the Jubilee weekend forecast

The UKV model is showing a good deal of fair settled weather for the last weekend in May and the start of half term. High pressure will help the fine weather with light winds and temperatures in the high teens, perhaps beginning to creep up into the low even mid-twenties. It does look like Sunday 29th could see some heavy showers for NE Britain with more cloud and a cool wind for the Northern Isles, NE Scotland and even down into eastern England. With some shelter for the southwestern half of the UK and more sunshine, it should be warmer.

The sun is strong at this time of year and can lift a morning or afternoon greatly, even if the air isn’t coming from the south.

Jubilee official events start on Thursday 2nd June with the Trooping of the Colour beginning at Buckingham Palace down to The Mall. “The Parade will close with the traditional RAF fly-past, watched by The Queen and members of the Royal Family from the Buckingham Palace balcony.”

On Thursday evening there will be the Platinum Jubilee Beacons, the first community event of the four-day Jubilee Weekend, 2nd-5th June 2022. The lighting of these beacons will take place between 9:30pm and 10pm. In northern Scotland, the sun won’t have set by then so a covering of cloud might help the viewing but fine, not too windy weather would be ideal for most places. 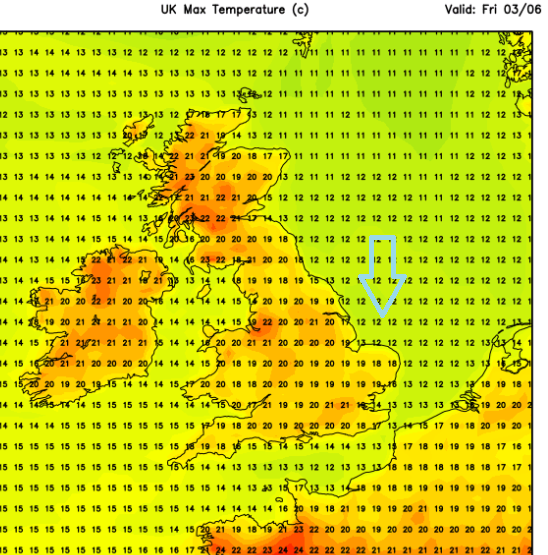 Looking at the GFS (American) model for Thursday 2nd, it shows real warmth for western Britain and Northern Ireland with into the low 20sC and warm for the Midlands down to London with high teens to low twenties but cooler conditions for eastern Britain with a breeze off the North Sea. The winds are light by the evening, but still perhaps feeling cool for north Norfolk. Maybe there is cloud missing in the charts for the Jubilee weekend but the GFS is going for warmth over the weekend with low to mid-twenties Celsius and hardly any breeze.

So low confidence in the forecast that far ahead, currently it doesn’t look like Beacon lighters should have too much to worry about from strong winds at least. It’s still over a week off so further updates to come.

"A beacon chain, once used as a tool for communication, has now become a symbol of unity across towns, borders, countries and continents and is often the central point of focus for any outdoor gathering or celebration. In 1897, beacons were lit to celebrate Queen Victoria’s Diamond Jubilee."