Weekend sunshine and heat ahead of a change next week

June has been an excellent month for sunshine and warmth so far, and we're now into another mostly dry, warm weekend that'll turn hot tomorrow. But the weather pattern is changing as winds from the Atlantic Ocean arrive on a strengthening Jet Stream into the coming week. This’ll allow somewhat cooler, fresher conditions to move in from the North West, but the cooling process will be a gradual one with another very hot, humid day on Monday when parts of the South could see the magical 30C reached. By Tuesday though, all parts should have cooled to more tolerable levels, but still with a fair amount of fine weather. 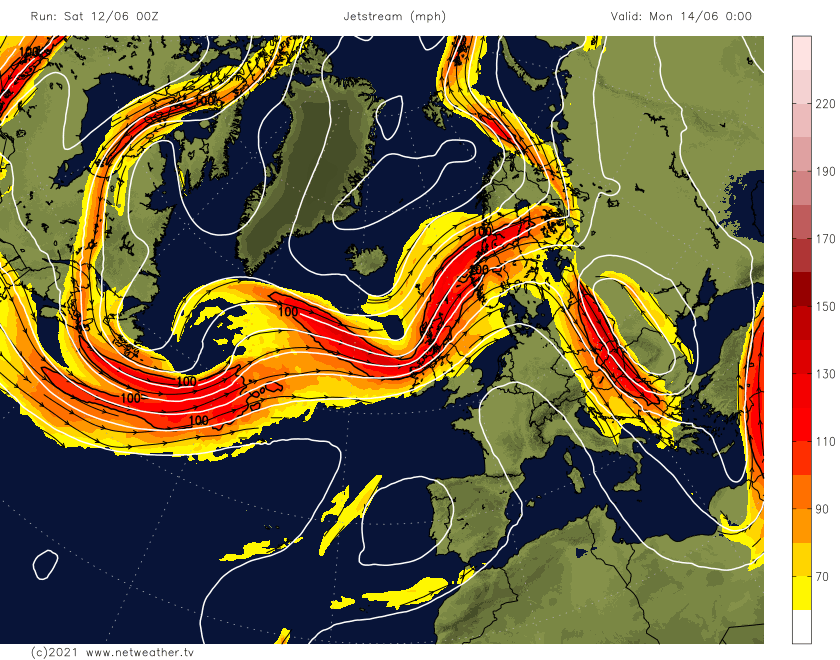 A weak cold front has introduced somewhat fresher air to the North, so it’ll be a little cooler here today, but most places will be fine with the best of the sunshine in central and eastern areas. It’ll also be mainly dry, apart from the odd shower in the far North and more in the way of cloud across the Northern and Western Isles and also Northern Ireland where patchy rain is possible later. Top temperatures 20 or 21C in the East and 16 to 19C elsewhere in a pleasant Westerly breeze. From Midlands southward, it’ll be similar but a little more humid, with mist and low cloud ‘hugging some South and West facing coasts that’ll tend to come and go. But here too, there'll be sunny spells in mostly light winds, with temperatures up to 24 maybe 25C in the more sheltered sunnier spots. 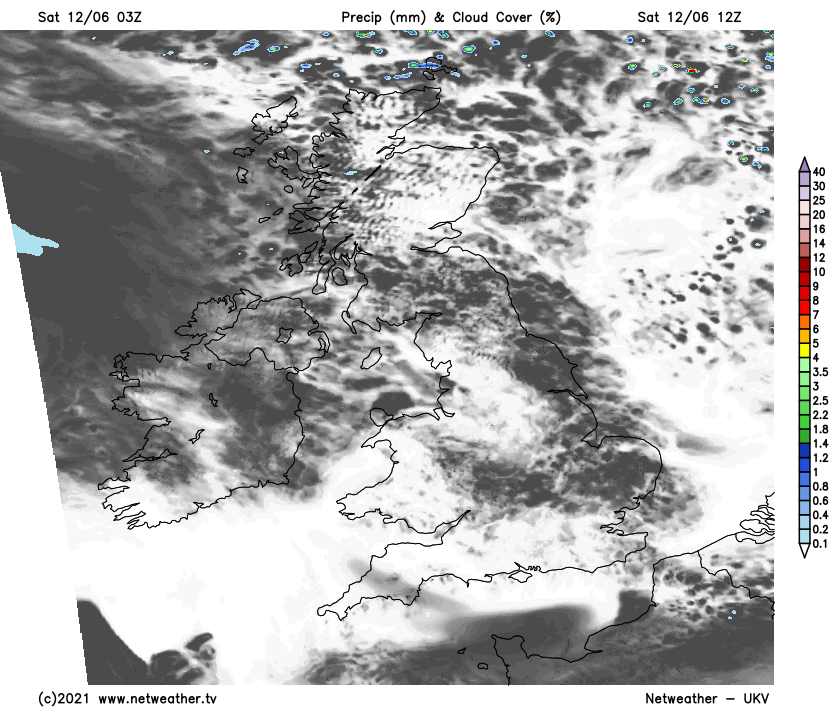 Eastern areas will be fine into the evening, but low cloud and murk become more widespread from the West after dark. This’ll bring a few showers to Northern Ireland at first and to parts of Scotland later but apart from a little drizzle or light rain for a while in the North and West, much of England and Wales stay dry. A South Westerly breeze light in the South will be bringing increasingly humid, misty conditions by morning as tropical maritime air from the Azores returns, when temperatures will be in the range 12 to 17C.

Sunday begins grey and murky in places, with sea mist and fog drifting onto some Western coasts to perhaps give a little drizzle here and there. But for most, it’ll turn into a beautiful high summers day with lots of sunshine that’ll quickly send temperatures soaring. Even the far North West could join in the ’fun’ for a time, although Highland, the Western and Northern Isles and parts of Northern Ireland, especially towards Donegal, may see an increase in cloud through the afternoon. It’ll become hot and very humid in a mostly light South Westerly breeze, with temperatures reaching 27 to 29C in the East and South and 22 to 26C quite widely elsewhere. 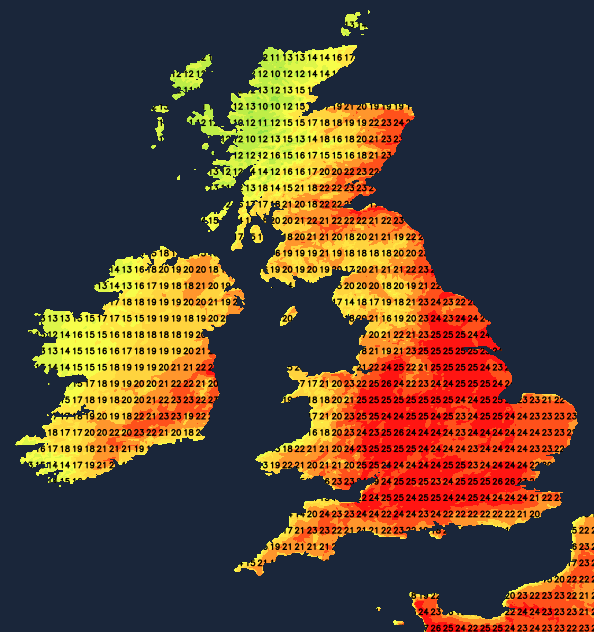 A sultry evening will be ideal for a barbecue across England and Wales, but over parts of Northern Ireland, Cumbria and the East and South of Scotland, you could catch the odd sharp shower.  Cloud over the North and West of Scotland may also give patchy rain, but for most, it’ll be a dry, very humid night that'll make it difficult for sleeping. Temperatures may not fall below 18 or 19C across parts of southern England, with 13 to 17C a more general minimum. A South Westerly wind will freshen a little in the North, with lighter breezes further South.

Despite the mostly fine summer weather, changes are afoot by mid-week. The humid air could briefly return from the South as showers, some of them heavy move in from the West. Complex low pressure coupled with the humidity could well generate a few thunderstorms before cooler, much fresher conditions arrive on Thursday. By Friday, the weather should be improving again, but gone will be the heat of Sunday.