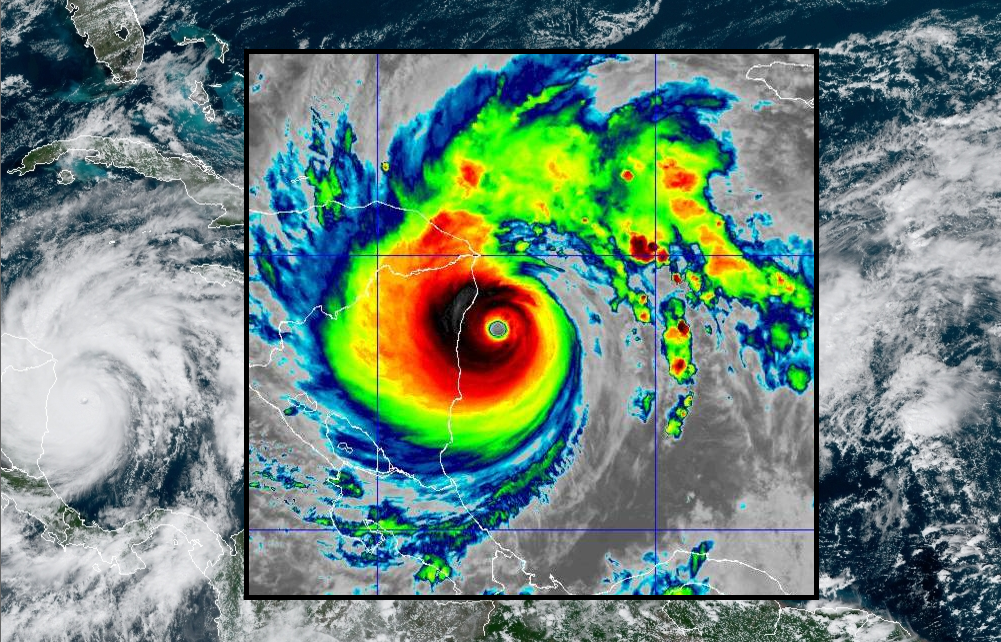 The grim image above shows Iota, now a Category 5 major hurricane heading for Central America on Monday 16th. Sustained winds of 160 mph and a central pressure of 917mb. This is the latest occurring category 5 hurricane in the Atlantic basin on record. There have never been two major hurricanes in the North Atlantic in November. Iota has never been used before as a name from the Greek alphabet list, 2020 has been an extremely active season and this is the strongest storm so far.  Just under two weeks before, major hurricane Eta made landfall on the Nicaraguan coast on Tuesday, November 3rd, having peaked at a category 4. Both rapidly deepening in the day before landfall and Iota is not done yet.

Iota has just reached the highest category with sustained winds over 157mph in an environment of low wind shear, warm waters around 29C and plenty of moisture in the mid-level environment. This is a catastrophic cyclone and it seems unbelievable that is it heading towards the same region so soon after Eta, which brought torrential rain, devastating flooding and lethal landslides to other Central American countries as well as Nicaragua and nearby Honduras. Once more people are being evacuated to shelters, this time for an even stronger hurricane.

"Iota is a very impressive hurricane, especially for this late in the year, with a distinct, warm eye on satellite images and a rather electrified eyewall." NHC Discussion 13 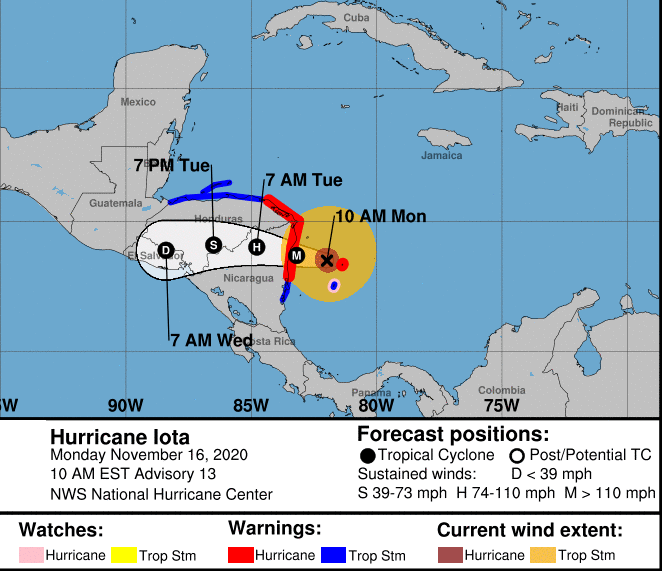 Although Iota will rapidly weaken once inland the ongoing rainfall on top of the conditions left by Eta are expected to lead to “significant to potentially catastrophic impacts.”

More discussion on Hurricane Iota in the Netweather community forum