Warmth and fine weather at this time of year begin to feel like a bonus, especially if they coincide with a weekend. Summer is fading as the harvest steps up in the countryside. The evenings are just getting a bit darker slightly earlier now. How was summer 2020, now that the statistics are in?

It was wetter and cloudier than average for many areas. The far SE Britain was warmer (sunnier and drier) than average mostly thanks to the August heatwave. The far north of Scotland was also drier and sunnier than average with water scarcity notices in parts of northern/NE Scotland. 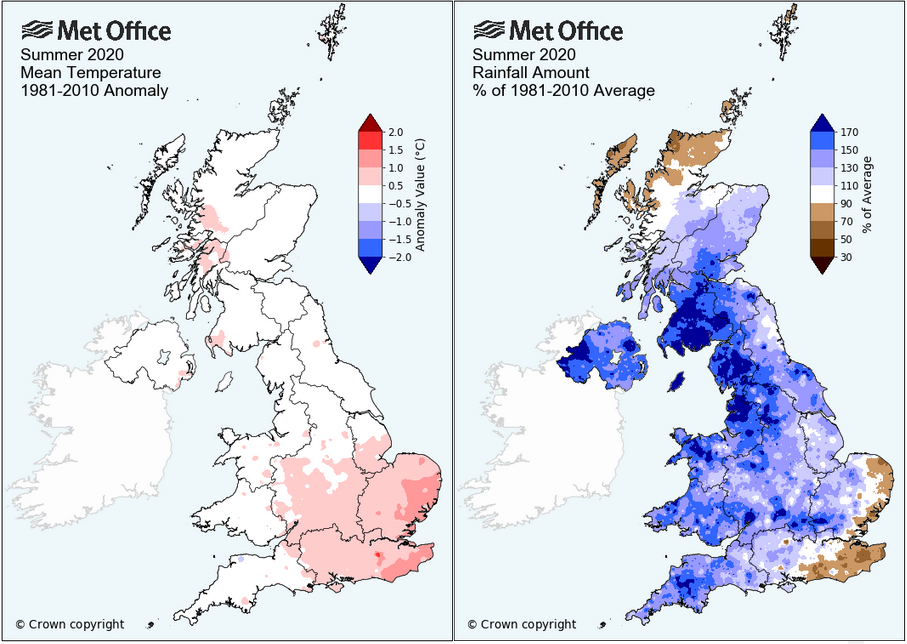 For much of the UK, it was a very average summer temperature-wise over the three months. A stark change overall from the dry, warm and very sunny spring when we were all stuck inside. 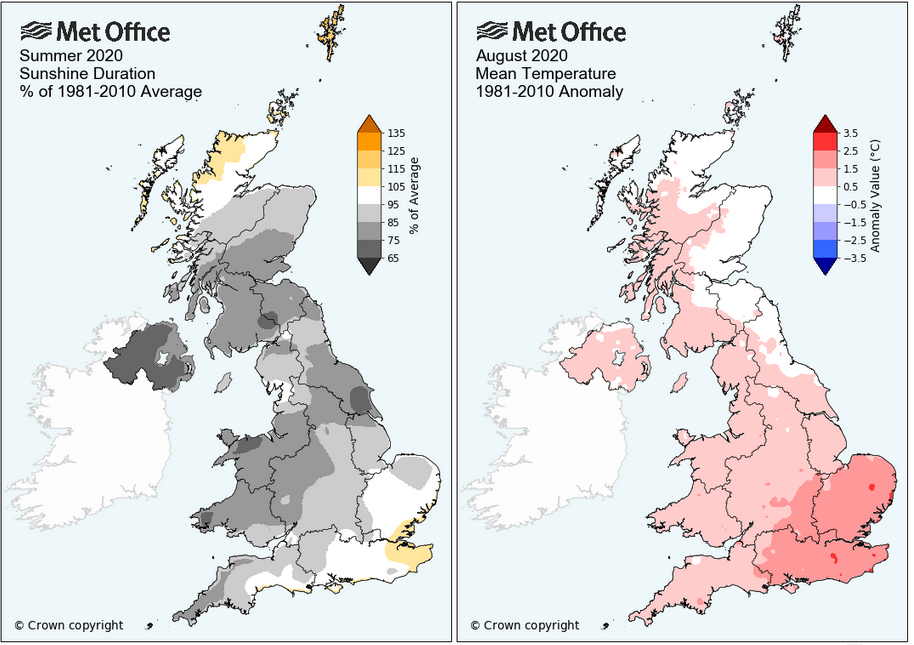 This week we see undulations in our UK temperatures from 25C to 18C with a dip well down into single figures early Thursday. In the US, there are winter storm warnings as a dramatic change takes place from record/or near-record heat is replaced by wintry conditions, snow and record cold.

“ …heat and fire risk linger in the west; Early season snow and record cold for the Rockies”  NWS

Wyoming and Colorado look most prone Tuesday into Wednesday. This is early season snowfall which will melt initially but then accumulate. People are being warned to make preparations if travelling with such a drastic drop in temperatures and weather contrast. Denver is forecast to see a drop in temperature from 92F to 35F, a very warm 33C to a chilly +1C. The seasons are changing, just a more subtle change for us. 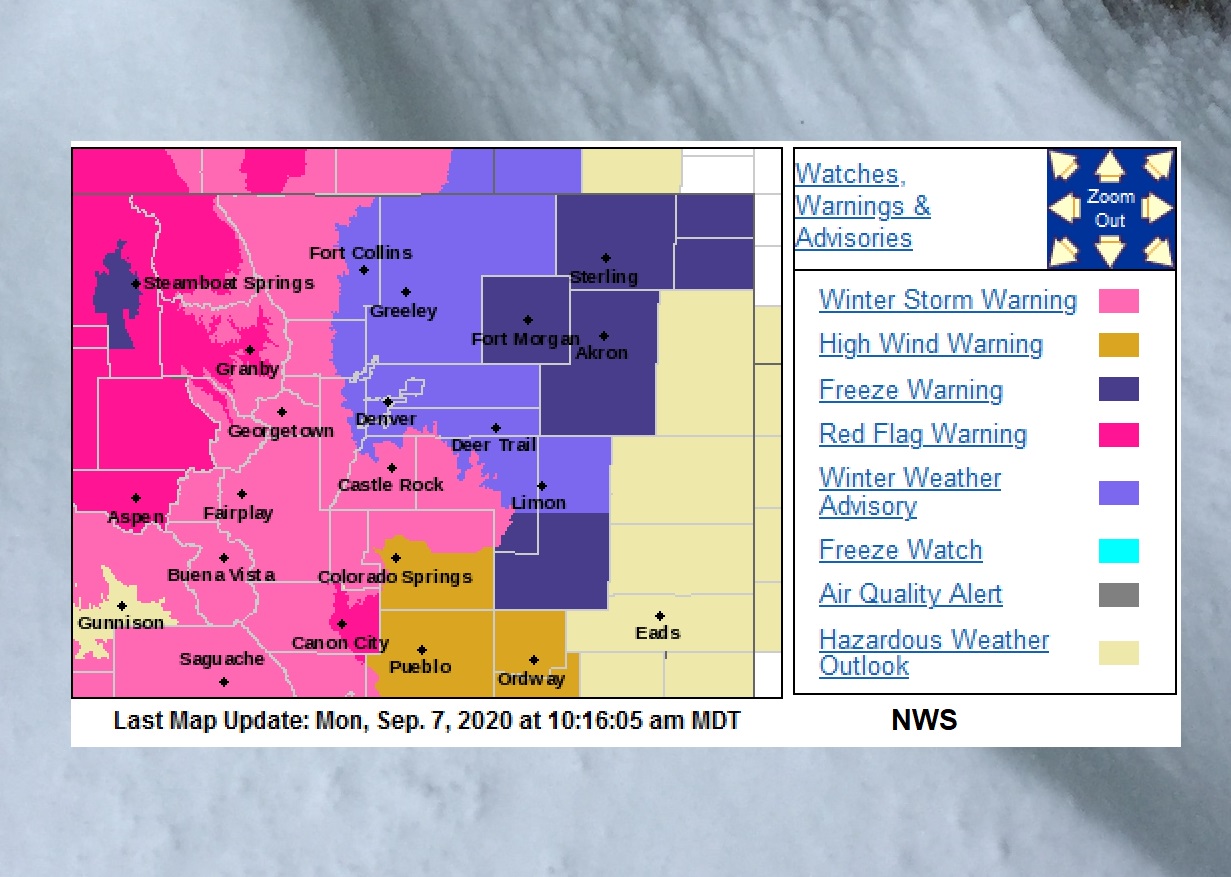 More discussion in the Netweather forum

A look back in more detail at August 2020 with the heatwave in the SE and the two late storms in the UK.