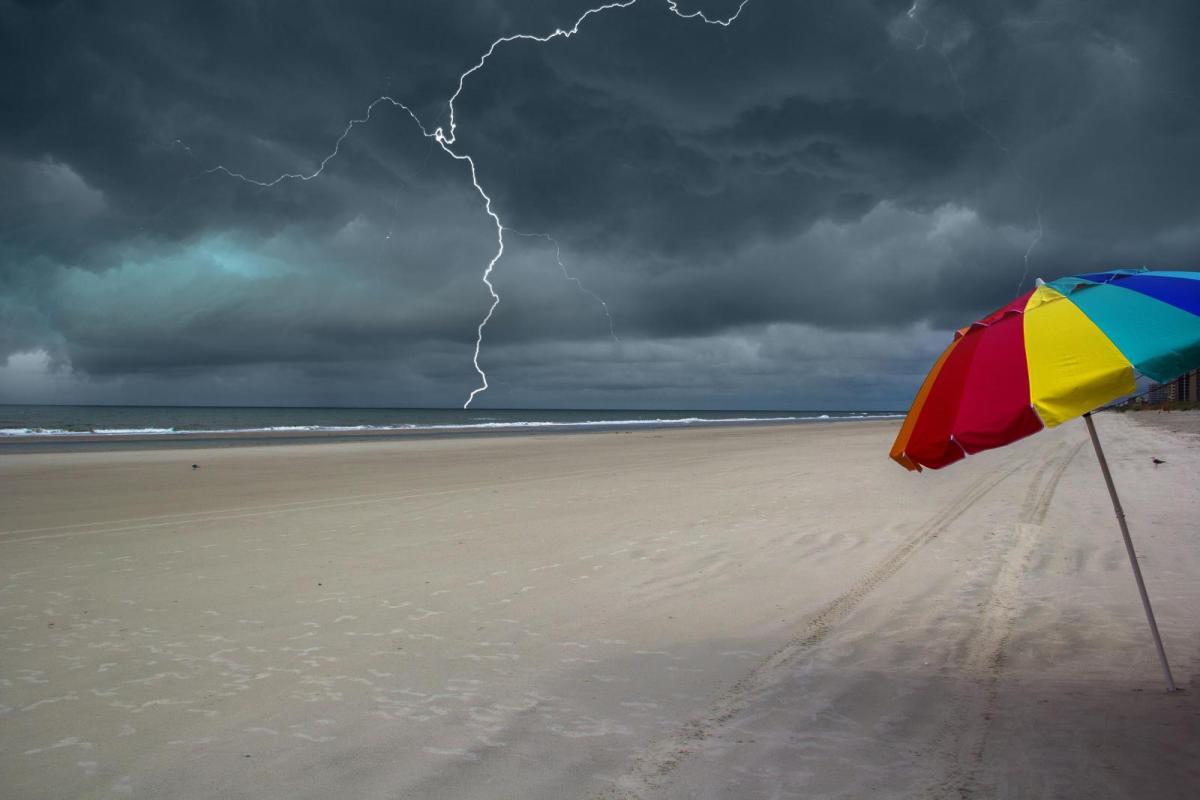 August will certainly be remembered for its extremes of weather, especially the extreme heatwave at the start of the month. But also the breakdown of the heatwave, which saw a weak of thunderstorms, some of them severe, bringing flash flooding in places. Then followed two named unseasonably deep Atlantic lows (Ellen & Francis) that brought spells of wet and very windy on the 20th and 25th of August. Following that, cold northerly winds swept south this past weekend, bringing an autumnal feel to end August, with cool days and cold overnight temperatures.

The heatwave saw 6 consecutive days in a row reach 34C in the south. Also there were 5 ‘Tropical Nights’ between the 8th and 13th - where the temperature didn’t fall below 20C overnight. Such nights used to be rarer, with 44 nights between 1961 and 1990 that exceeded 20C. But since 1991, over the same number of years, the figure has almost doubled, with 84 such nights. The warmest night on record though was on 3rd August 1990, when the temperature fell no lower than 23.9C in Brighton.

The heatwave culminated with the highest temperature of 36.4C being reached on the 7th at Heathrow Airport and Kew Gardens in London, making it the hottest August day since 2003. Though a week earlier, the temperature reached even higher, with 37.8C recorded at Heathrow on the 31st of July, the 3rd hottest day on record. Last summer saw the hottest day on record, with 38.7C recorded at Cambridge Royal Botanical Gardens on the 25th July 2019.

However, it must be emphasised that this was not a UK-wide heatwave, rather that southern and eastern areas of England experienced heatwave conditions in early August, while elsewhere the weather was not quite so hot the whole time.

A week of thunderstorms ended the heatwave

The Met Office had Thundestorm Warnings covering parts of the UK everyday between Monday 10th and Monday 17th. The combination of hot and humid air stagnating over the UK from the heatwave, falling pressure and cooler air arriving aloft from the Atlantic triggered areas of severe thunderstorms on some days across parts of the UK.

An amber warning was issued by the Met Office for parts of eastern Scotland on the 12th, with torrential rain from thunderstorms leading to flash-flooding in the area. Stonehaven was particularly badly hit, with streets flooded while a train was derailed  by a landslide in the area, killing three people and injuring several others. Well over a month’s worth of rain fell in less than 24 hours in some places, over 100mm fell in parts of the Midlands during one night of thunderstorms. Homes were flooded in Devon on the 13th, while thunderstorms caused disruption to road and rain travel further east across parts of southern England, with the part of the M25 in Surrey closed during the evening rush hour due to flash-flooding. Some properties were also struck by lightning.

Then, the following week, an unseasonably deep low, named Storm Ellen by Met Eireann, moved off the Atlantic across Ireland on the 20th. Roches Point on the exposed southern coast of the Republic of Ireland saw a gust of 89mph, while Pembrey Sands in Wales saw a gust of 66mph.

Then, a few days later on the 25th, another deep Atlantic low, Storm Francis, named by the Met Office, swept in. Several sites recorded their highest ever wind gusts for August, including 68mph at Pembrey Sands in Wales, the Needles on the Isle of Wight recorded gusts of over 70mph, though short of its August record. Heavy rain brought over 100mm in 30 hours in north Wales and over 90mm in the Lake District, with homes flooded in parts of Wales, while campers had to be rescued from a flooded campsite in Camarthenshire. 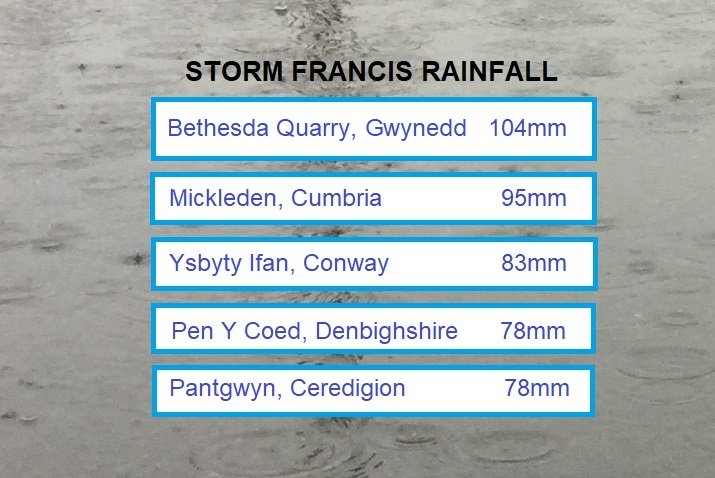 As an area of low pressure moved across the south and out into the North Sea at the end of last week, a cold northerly flow developed in the low’s wake, bringing some rather cool daytime temperatures over the Bank Holiday Weekend – with nowhere exceeding 20C over the weekend. Nights were particularly cold in the north and west, with the temperature at Katesbridge in Northern Ireland falling to -0.1C early Sunday morning, while Altnaharra fell to 0.2C early Monday morning.