August 2020 weather, it’s been peculiar all round. As we edged further out of lockdown, like moles in sunlight, a lengthy spell of hot weather gave heatwave conditions * for parts of the UK peppered with incredible thunderstorms.

The next instalment in this unusual weather story is Storm Ellen. A named storm in late summer with a Red warning over southern Ireland for “very severe and destructive winds.” 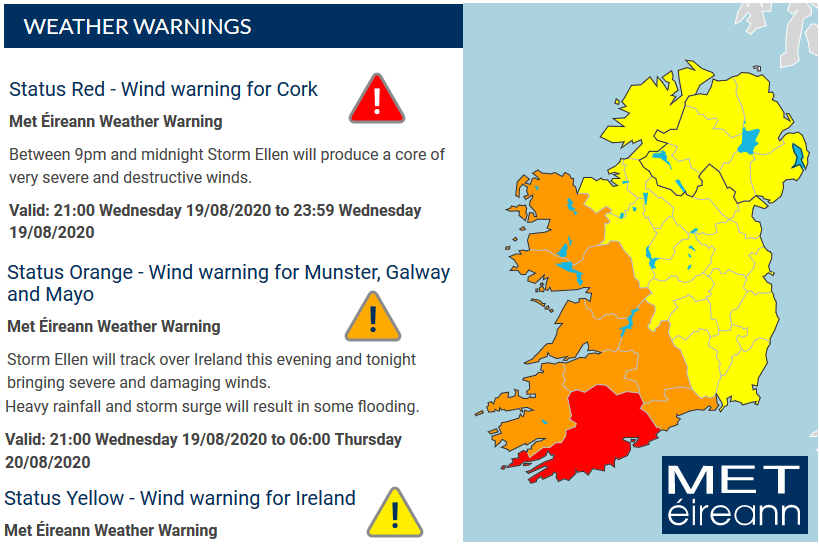 Warnings reflect the strength of the winds or amount of rainfall, how likely it is to happen but also the impacts (drawing from a sometimes mysterious collection of factors); location, time of day/year, population density, environment etc. Mid-August is still holiday season with visitors and tourists perhaps in places where they are unfamiliar with the local landscape and coasts. The trees are still in full leaf giving a broader surface area for gales to hit and fell. There are high spring tides for southern Ireland over the next few days and with a significant onshore wind, the risk of coastal/tidal flooding is high. Large waves and wild conditions have led the coastguard to already issue warning statements and travel services are highlighting potential disruption.

The red warning for Cork – “Between 9pm and midnight Storm Ellen will produce a core of very severe and destructive winds. “Orange and yellow wind warnings for the rest of Ireland. “Storm Ellen will track over Ireland this evening and tonight bringing severe and damaging winds. Heavy rainfall and storm surge will result in some flooding.”

The yellow warning for Northern Ireland runs from midnight until 8am on Thursday morning. “a spell of very strong winds to Northern Ireland during Thursday morning…potential for wind gusts inland of 65 mph, and around coasts and over higher ground of 75 mph.” There is the risk of severe gales with disruption likely for Irish Sea, North Channel and Scottish west coast ferry services. 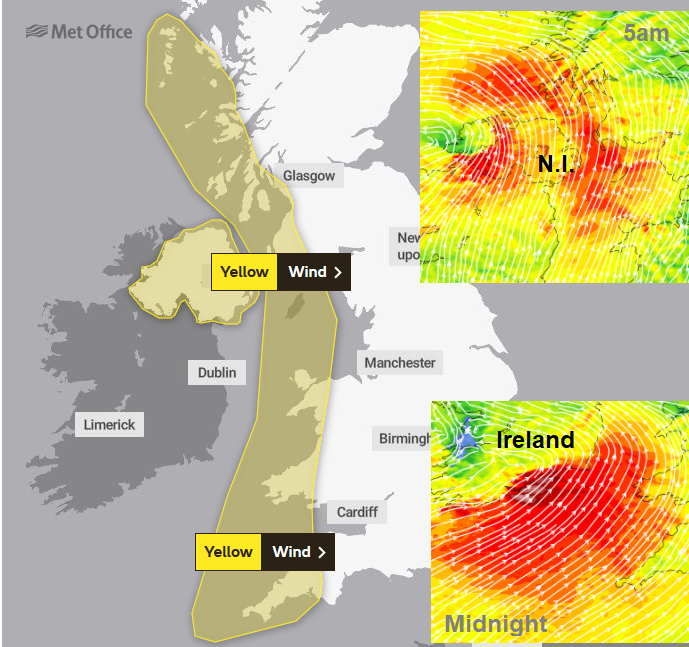 This deep low is still in its developmental stage, so there is some uncertainty about where the worst of the winds will hit, warnings could be updated further. Another wind warning for western Britain running from Wednesday evening into Friday comes with a higher likelihood of occurring but not such intense impacts. Starting with southerly winds and the risk of gusts 55-65mph, highest for coasts and hills.

There will also be bands of heavy rain heading northwards overnight, away from mainland Scotland early Thursday morning as the wild conditions hit the Western Isles. Followed by a feed of heavy squally showers up through Ireland during the day and spilling eastwards over Britain on Thursday night before an area of heavy rain and strong winds pulses up through Ireland, the Irish Sea and other parts of the UK on Friday.

* We don’t see temperatures into the 30sC for that long very often nor severe thunderstorms. The latest research from the UK Met Office looking at extreme weather events in the UK and on a global scale shows that there has been an increase in Warm spells for the UK and that this is likely linked to Climate change. There has also been an increase in heavy rain events for the UK but there is not a conclusive link to climate change (yet). Both of these are expected to increase further in the future. For global tropical storms there have not been any trends identified yet, however, the IPCC is virtually certain (>99% probability) that the fre­quency and intensity of the strongest tropical cyclones in the North Atlantic has increased since the 1970s. 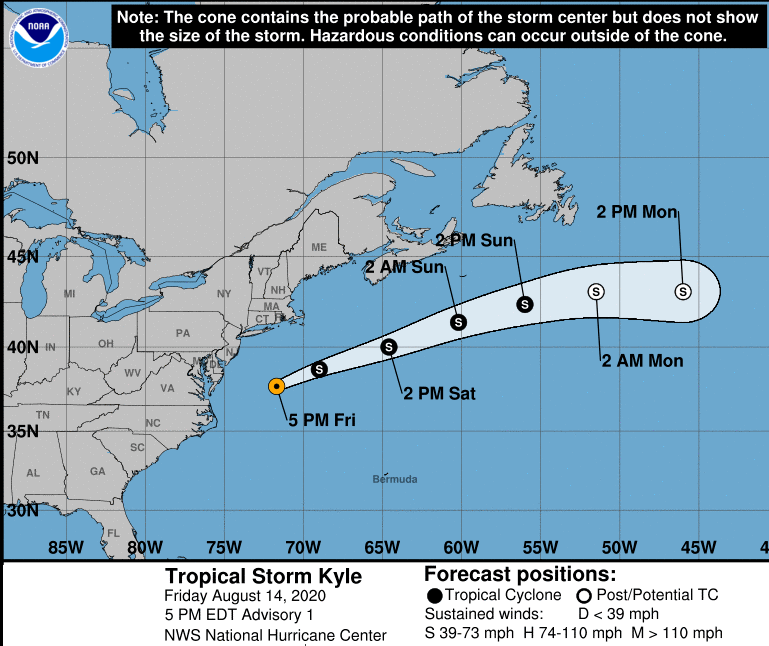 Storm Ellen is not a tropical cyclone, it is a complex collection of extratropical low pressure creating an unseasonal event of strong winds, heavy rain and severe gales with risk of coastal flooding. It does, however, include some tropical energy. In what could be an “extremely active” hurricane season according to NOAA’s Climate Prediction Centre. Mixed up in the melee are the remnants of Tropical Storm Kyle. There is no longer a discernible cyclone or low centre, Kyle itself doesn’t exist anymore but it has certainly added a certain something to this week’s weather.   The climate is different, being much longer term. This sequence of events over past weeks can’t and shouldn’t be held up as definite proof of climate change. But highlighting these themes should be added into consideration as we think about heading “back to normal”.