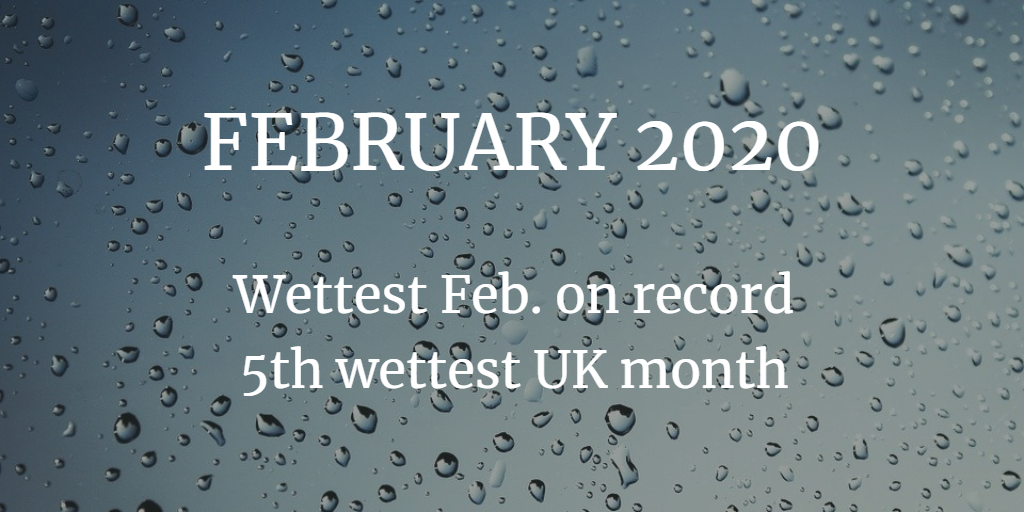 February 2020 was the wettest February on record.  The fifth wettest UK month, of any month on record. Never mind the extra Feb day of the 29th,  this amount of rain was on a whole new scale.

And in fact, the Met Office did have to adjust the scale from 200% to 400% of monthly rainfall and added in the pink/purple colours. It would have been the wettest February even without the 29th. Last day of the month totals: Eskdalemuir 40mm, Cumbrian Fells 32.6mm, Lerwick 34.8mm and Monmouthshire to south of Brecons 32.6mm.

It was the wettest February in England, Wales and Northern Ireland. The second wettest for Scotland after Feb 1990 as Grampian was really dry. 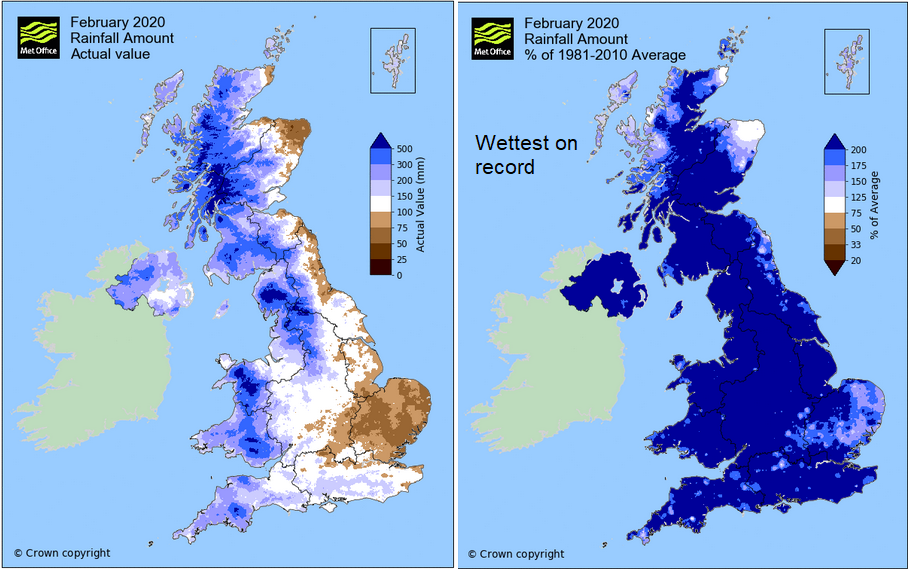 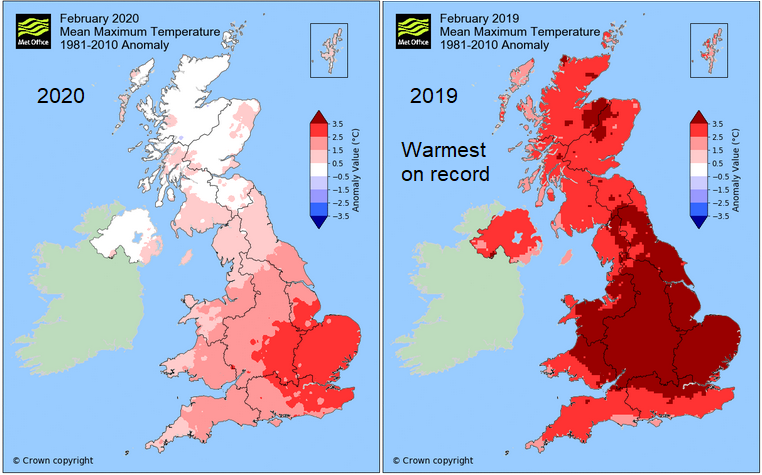 February 2020 was mild for England and Wales, notably for SE Britain. Not as warm as last year, the record breaking February 2019 when we saw over 20C for the first time in winter. But then if you think back two years, it was the Beast from the East.  It was very sunny in the east this winter. 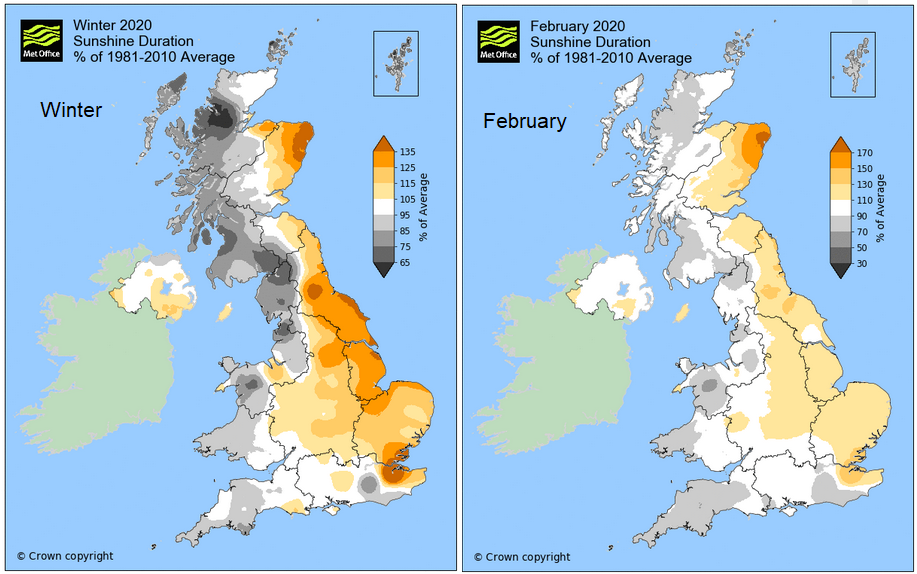 Seemingly there was a named storm every weekend during February. Ciara and Dennis,  named by the UK Met Office and Storm Jorge (named by AEMET, Spanish Met service). The heavy rain resulted in flooding and before any recovery, the next deluge hit with widespread flooding. The River Severn in particular had very high levels and ongoing peaks as the Environment Agency battled to keep flood defences in place and steady. 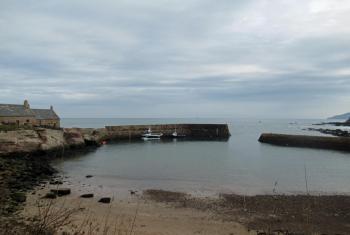 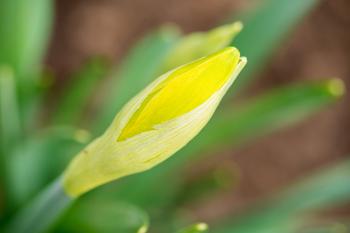