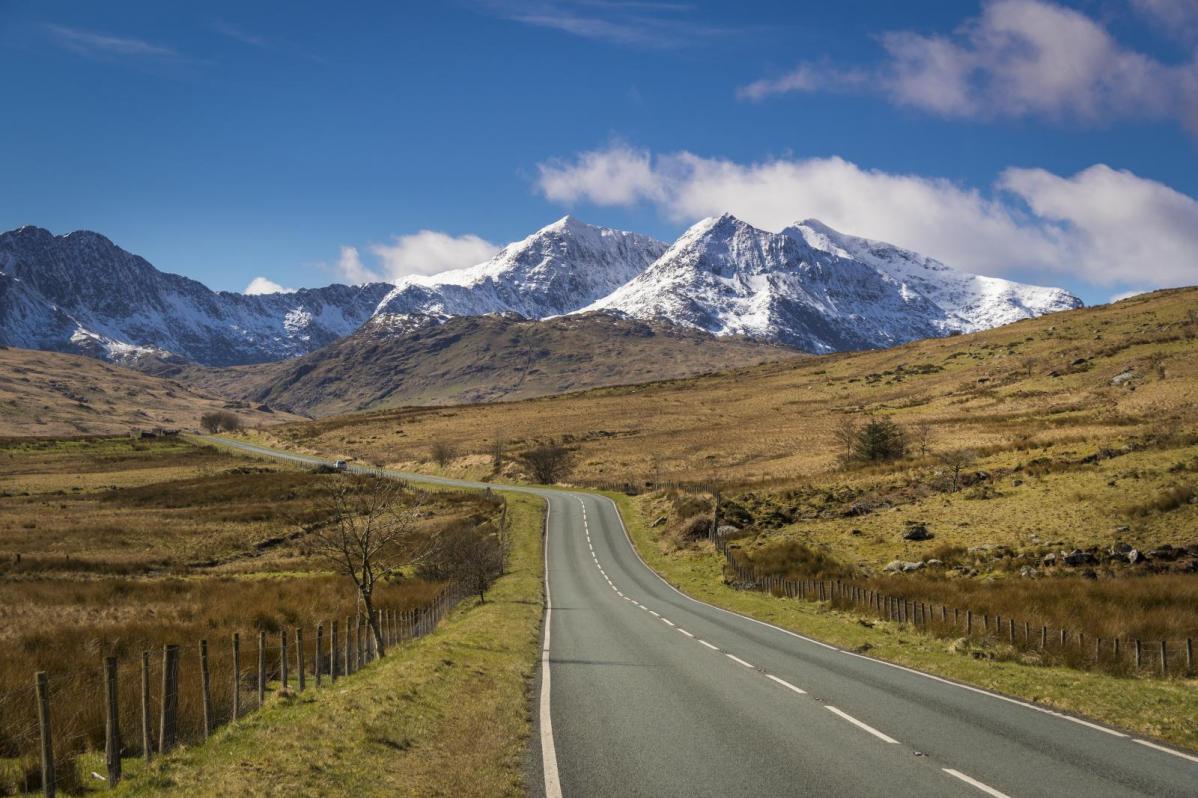 A weekend of sunny spells and showers, with the showers, occasionally enhanced by embedded troughs as the weather remains in an unsettled mood. It'll also be rather cold with hill snow mostly in the North, but any at lower levels should largely be reluctant to settle or slushy and short-lived.

England, Wales and southern Scotland see sunny spells and showers today. We already have some over northern England that'll join forces with others over Wales and the South West, that'll spread East through the morning. Some of the showers will be heavy giving hill snow, before clearing ahead of more rain moving into the South West by dusk.

Across Northern Ireland and the central belt of Scotland it'll be wetter with mostly hill snow while further North still, wintry showers will be more scattered allowing sunny spells. Here winds will be lighter, but elsewhere, a blustery South West wind will feel raw, with gales in the South giving gusts over 50mph in the English Channel. Top temperatures 4 to 6C but 7 to 9C further South despite the cold wind.

After some clear spells in the East into the evening, more showers affect England and Wales, before becoming more scattered in the West later in the night. There'll be hill snow, with probably a covering over the Welsh mountains and Pennines by morning. Northern Ireland and southern and central Scotland see further rain or sleet at times, with mostly hill snow, while the North of Scotland continues to see a mix of clear spells and scattered wintry showers.

Scotland and Northern Ireland see lighter breezes, while England and Wales remain blustery at times with a South or South-West wind continuing to give gusts in excess of gale force over exposed parts of the South and West. 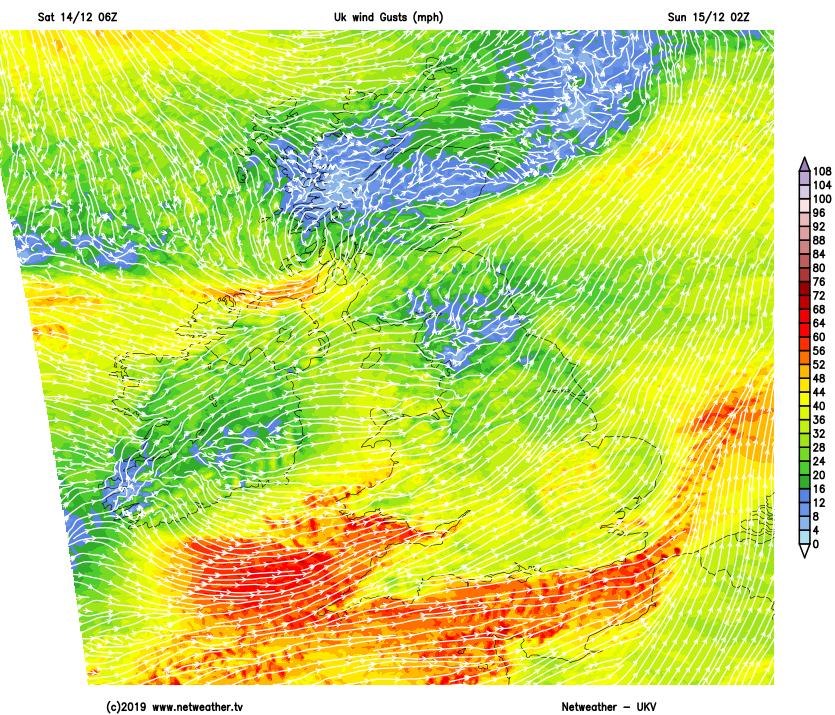 It'll turn cold enough for a frost where skies clear over Scotland, with lowest temperatures of -2 to +1C giving icy patches. Across most of England and Wales however, there should be enough wind and cloud to keep a frost away where temperatures shouldn't fall below 2 to 5C.

Sunday remains unsettled with more showers especially over the North and West of Scotland where they'll fall as snow mostly on hills. Elsewhere expect fewer showers for a time with some places East of the Pennines perhaps staying dry. Dry weather though shouldn't be relied upon though, with more showers moving into particularly central and southern parts through the day. It'll continue to feel a little raw in a fresh South West or southerly wind, with top temperatures 4 to 6C in the North and 8 to 10C further South. 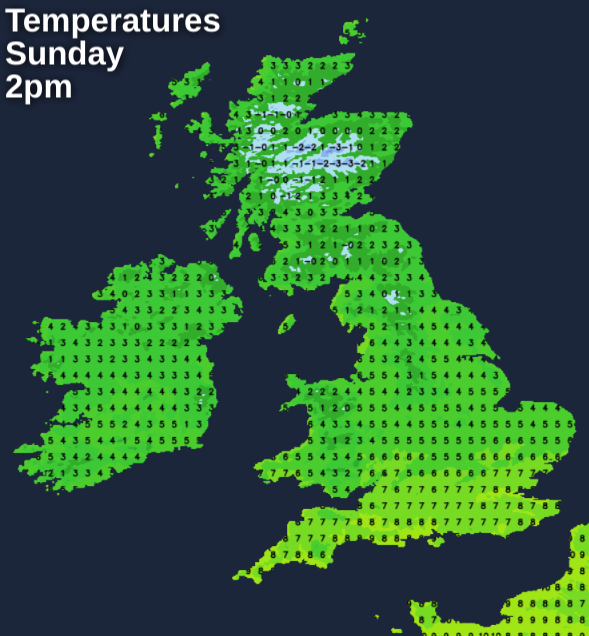 The evening sees showers over England and Wales with hill snow in the North, followed, followed overnight by broken skies and blustery showers. Northern Ireland and Scotland see scattered showers giving mostly hill snow in lighter breezes. Elsewhere a fresh southerly wind may give gales along some English Channel coast for a time. Lowest temperatures over Scotland -1 to +2C giving another frost in places but elsewhere the wind should prevent the thermometer from falling below 2 to 6C.