Netweather
Latest - Heat building - But not before a northwestern soaking 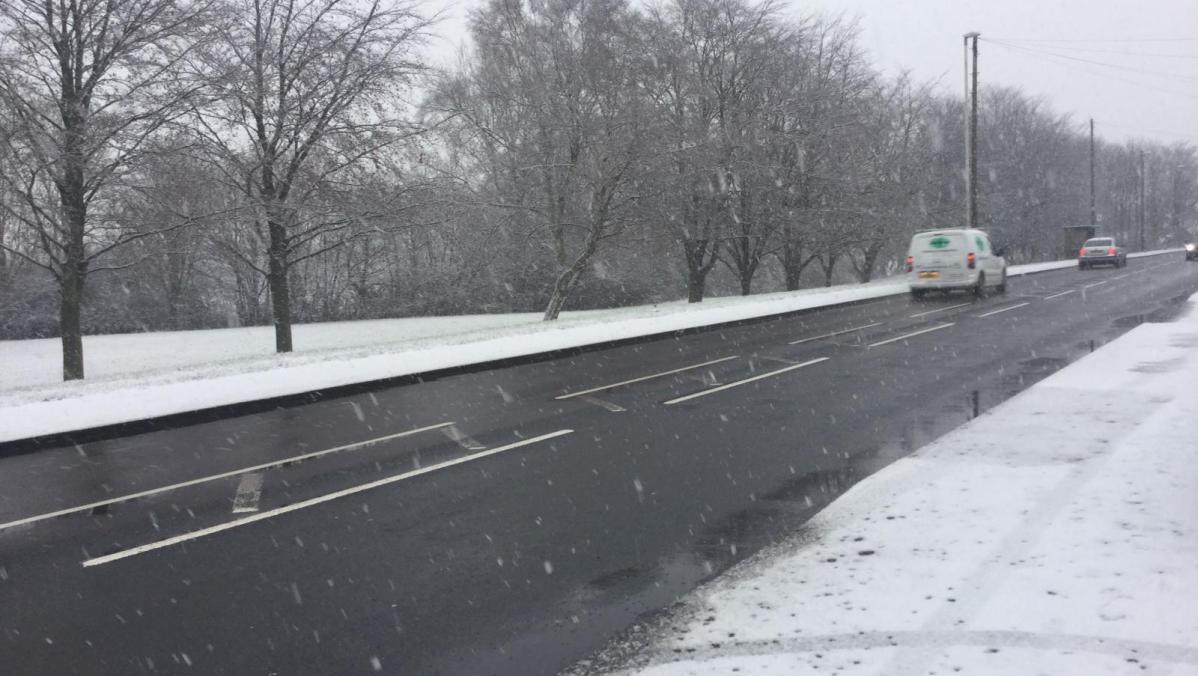 A cursory glance at the GFS weather charts back on Sunday morning, and even from the midday run, one would have been hard pushed to see snow falling to lower levels across eastern Ireland in the afternoon, but it did snow in Dublin and similar low-lying areas towards the eastern side of the island.

The usual forecasting parameters for snow to fall to lower levels are summed up below and whether the 06z GFS forecast charts on Sunday met these criteria:

As you can see from the above parameters, only the forecast 850 hPa temperature gave a clue that snow could possibly fall to lower levels, but even that was borderline. However, using just the temperature at this pressure level, around 1200m up, fails to take in account any moderation of the airmass in terms of cooling or warming beneath this level, so that’s why it’s crucial to look at other parameters too, such as the forecast dew points, air thickness between 850 hPa (circa 1200m) and 1000 hPa (the surface), the wet-bulb temperature and also the freezing level.

However, with none of the parameters other than 850 hPa temperature hinting at snowfall to lower elevations, so what did trigger snow to fall?

Intensity of precipitation appears to be the key on Sunday afternoon. Storm Freya continued to deepen rapidly as it tracked northeast just south of Ireland towards mainland Britain on Sunday afternoon. This deepening allowed intensification of the rainfall on the northern flank of Freya, the heavier the rain the greater the evaporative cooling of the air takes place. Basically, when liquid water evaporates, it requires energy to change from a liquid to gaseous state, which it draws in the form of sensible heat from its surroundings, thus cooling the air. The greater the cooling of the air from evaporative cooling, the lower the freezing level drops, until it drops low enough to allow snow to fall and settle at lower levels.

The Netweather’s own NMM model on Sunday’s 00z run did pick up on the rain turning to snow on Sunday afternoon across eastern Ireland, but mostly higher ground, such as the Wicklow Mountains. The GFS model was similar too, but not picking up as much snow.

However, the ECMWF 00z run on Sunday did suggest snow from noon through to the evening across Ireland. 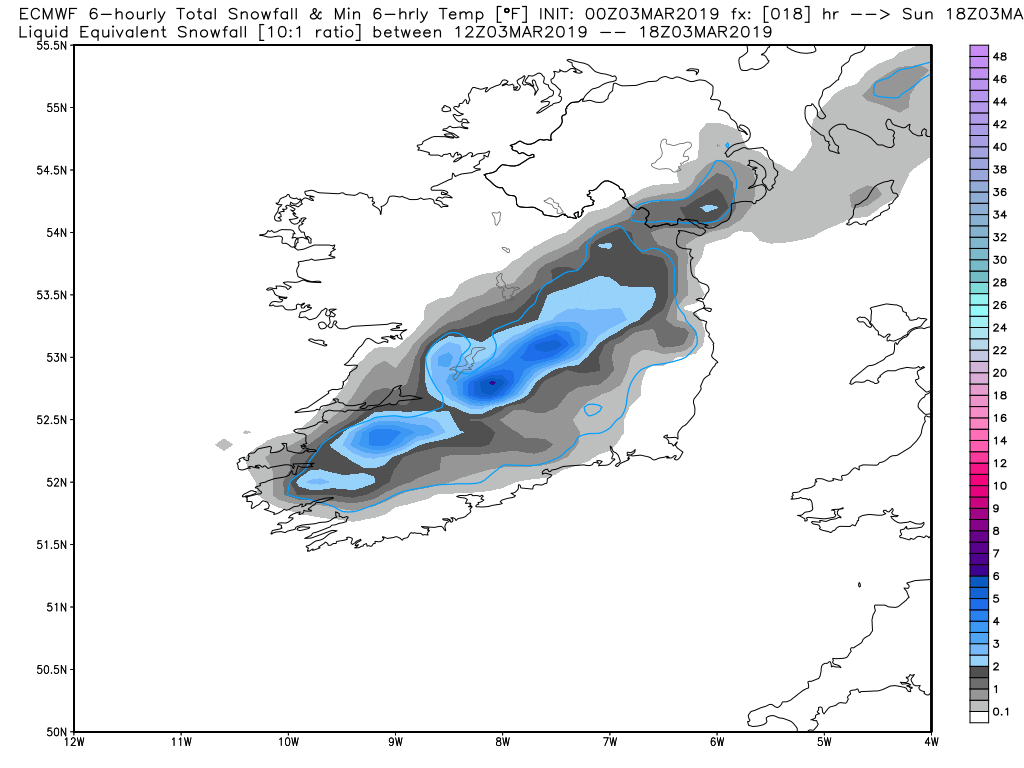 As Freya continued to move NE across northern England in the evening, rain turned to snow across higher parts of Wales, northern England and southern Scotland too, but the same evaporative cooling process on the northern flank of the low where winds were lighter, with less mixing, snow also fell to lower levels across parts of Cumbria and southern Scotland for a time. 6cm fell at RAF Spadeadam near the Borders.

Met Eireann had warnings out in the morning for snow Sunday afternoon across Munster, Leinster, Cavan, Monaghan, Galway and Roscommon. However, there were no signs from the UK Met Office on Sunday morning for snow causing disruption across the far northern England in the evening, only wind warnings for further south and it wasn’t until well into the evening that a yellow warning for snow was issued for the far north of England– which was rather short notice. Particularly given some there was some disruption on major routes across parts of Cumbria, even at lower elevations.

So, it goes to show how tricky forecasting snow is in rather marginal situations such as is common in early March, especially when the usual parameters suggest snow may not fall, but intensity of rainfall with colder air mixing in on the northern flank of deepening lows can swing the balance in favour of snow at fairly short notice. Sometimes the models can pick up the rainfall intensity causing sufficient evaporative cooling to allow rain to turn to snow, but not always.

Snow will again be a possibility over the coming days, mostly in the north and over the hills, but potential like Sunday for snow to fall to lower levels if colder air cuts in behind lows clearing east and rainfall is heavier enough to cause evaporative cooling. 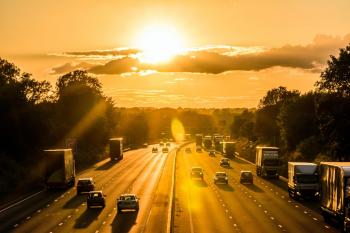 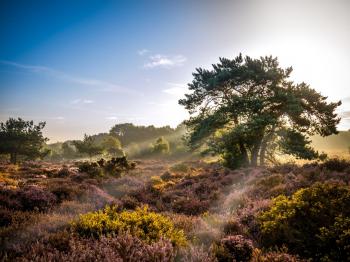 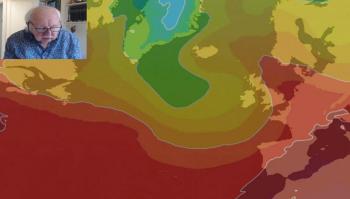 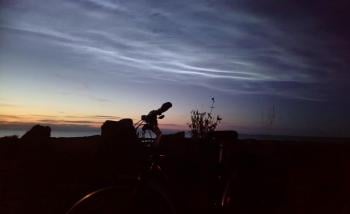