Change on the horizon, but more of the same for now

After almost endless wet, windy and mild weather, a change to something a bit colder is on the way into next week, but for now it's still all about Atlantic lows bringing us yet more rain and wind.

Today, a big plus this morning is that aside from the far eastern tip, the rain has finally stopped across the rest of eastern Scotland, having fallen for many days and brought some real flooding problems. There is more rain forecast for affected parts during the coming days (along with sleet and snow for the hills), so not quite out of the woods yet, but an improvement is in sight.

For most it's a chilly start today, with some frost and icy patches around. We also have some showery rain moving up through southwest England, Wales and up into northern England - with some wintriness over the hills here. Elsewhere it's drier with a scattering of showers, which will become more widespread through the day as the main batch continues to move northeast.

Winds will be on the blustery side during the day in England and Wales, calmer in Scotland away from the far northeast.

This evening and to start the night, the showery rain, sleet and snow continues to move northeast into Scotland, elsewhere winds will ease and it'll become mostly dry, except in the southwest where the next spell of wet, windy weather will be starting to make it's move. The first round of the weekend's rain will move quite quickly up into other parts of the country, reaching southern Scotland and the far east of England by morning. It'll be a fairly patchy affair, but as a low pressure systems swings up across the country, the main event will be following the same route up from the southwest swiftly behind it. 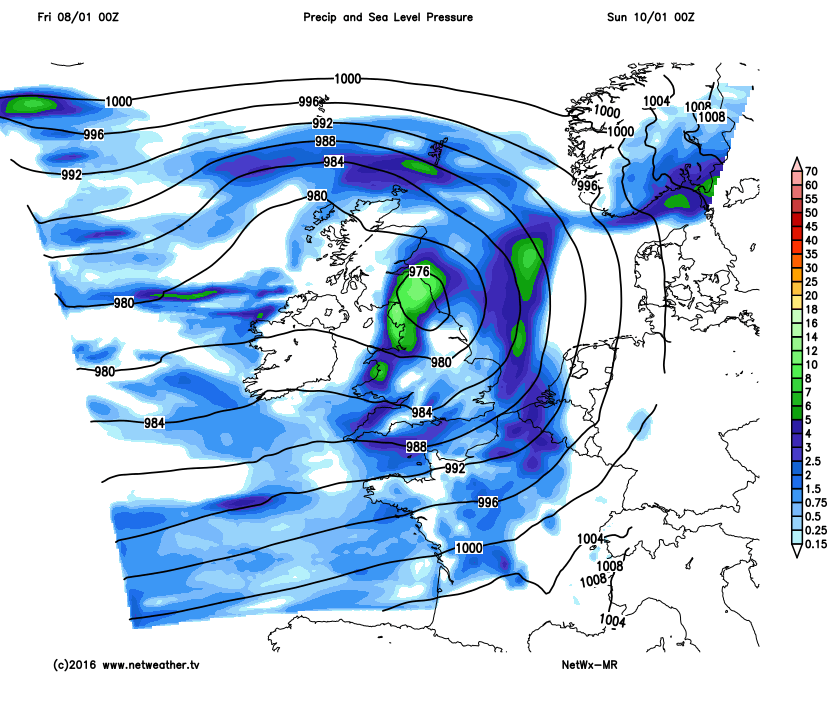 This brings a more organised spell of often heavy rain across into all parts, which will pivot over Scotland and last into Sunday. Further south on Sunday, it's a day of sunshine and blustery showers.

The same low will be hanging around into the start of next week too, turning round and heading southeast again before finally clearing off to the continent on Tuesday. That's going to mean more showers or longer spells of rain to come during Monday and Tuesday. Some wintriness is likely over the hills even at this stage, but it's from Tuesday onward with winds swinging round into a more northerly direction that we begin to see Arctic sourced air making a move down from the north. 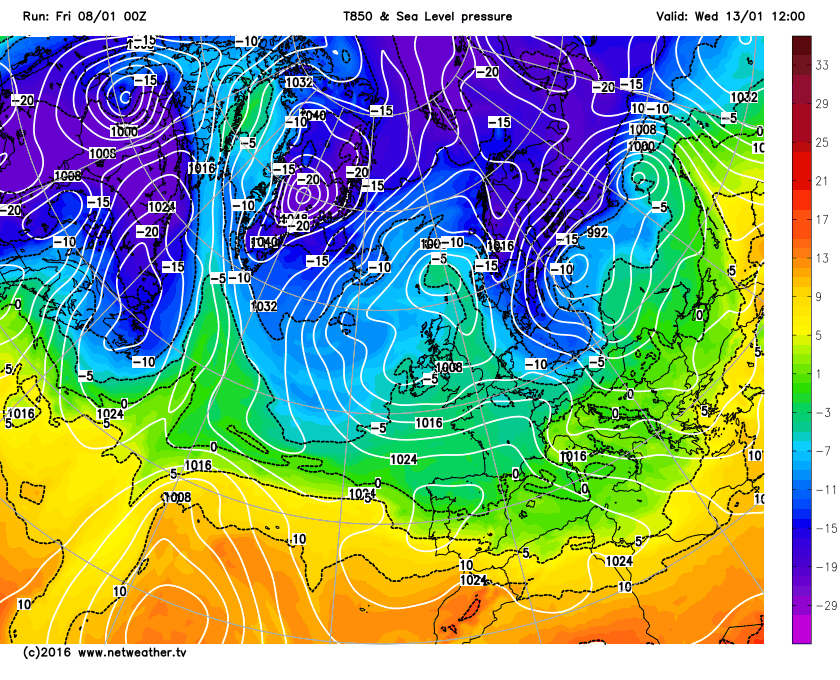 It's not going to be a straight forward process, so don't expect the UK to jump straight into the freezer, but as the week goes on it does look likely that the colder air will start to take more of a hold, with overnight frosts becoming widespread, and yes some sleet and snow is likely too. We'll keep you updated during the coming days on all of this, and don't forget that you can keep up with the latest winter discussions over on the community forums.