Temperatures on the up as high pressure builds

Hmm, hotting up as pressure rises, sounds familiar? But no, we're not talking about the main story of the day right now, the weather is following the same trend. By Monday, it looks like temperatures will tip into the low 30s Celsius and later next week it could well become even hotter. 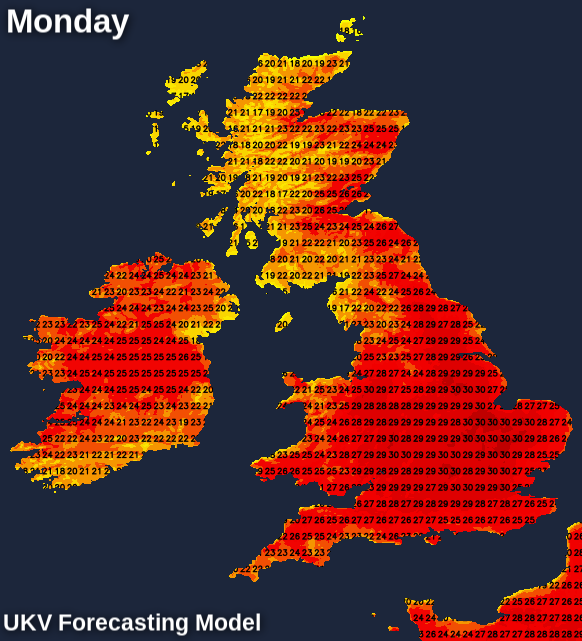 As has been well advertised previously, the reason for the change to initially drier and increasingly warm, sunny weather is the arrival of high pressure. It's been ridging up towards the UK from the Azores since Sunday and will finally make it right over the top of the country this weekend.

As it's still centred just off to the southwest of the British Isles, for now, it is still allowing some moisture and the occasional front over the top of it, which will bring some extra cloud at times, along with some outbreaks of rain into the far north and northwest of Scotland. But, by Sunday most of the country will be in the same generally sunny and increasingly very warm, if not hot boat.

Today, a lot of England and Wales has had a cloudy start but that's going to burn off to join Scotland which has had mostly sunny skies since the off. The far northwest will see some more cloud arriving from the Atlantic though, with the odd bit of patchy rain or drizzle likely at times.

Temperatures today will widely climb up into the low-mid twenties Celsius, with central England and perhaps southeastern Scotland the likely warmest places today. Coastal counties will be cooler though. 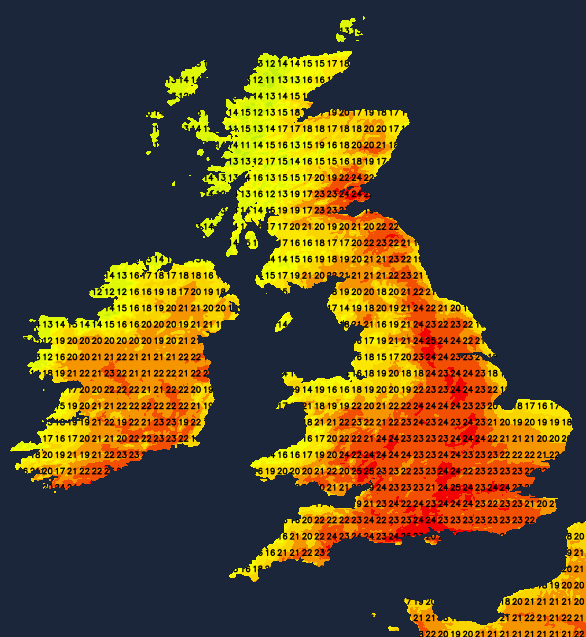 Tomorrow will be a slightly different story, as another one of those fronts makes its way around and over the top of the high pressure. It'll pep up the rain in the far northwest overnight, before heading south to introduce some more cloud across many parts through the day. There may even be some patchy drizzle in other parts of western Scotland and Northwest England as it moves through. The southeast quarter of the country should keep mostly sunny skies though, and it'll be here where it's warmest with highs rising up into the high twenties. 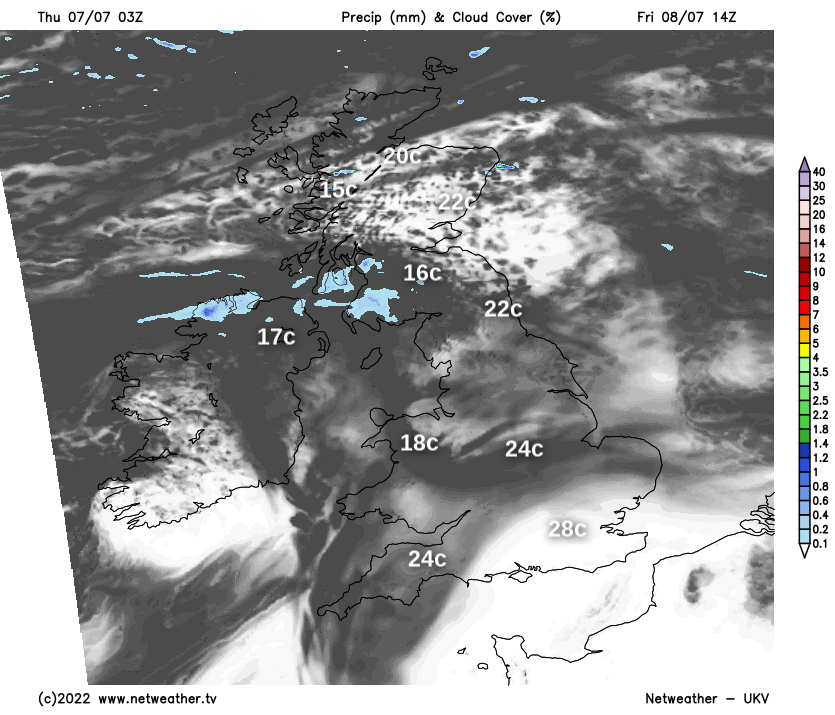 Into the weekend, Saturday will generally be sunnier - but still with some, generally high cloud drifting down from the northwest at times. Sunday follows a similarly sunny theme with blue skies all the way for many - but some cloud may bubble up through the day and the very far northwest may still struggle to clear the cloud away for long, if at all. Temperatures will widely climb into the mid or high twenties inland, sea breezes should keep it cooler near to the coasts though.

For more details on the weekend, take a look at Jo's weekend forecast.