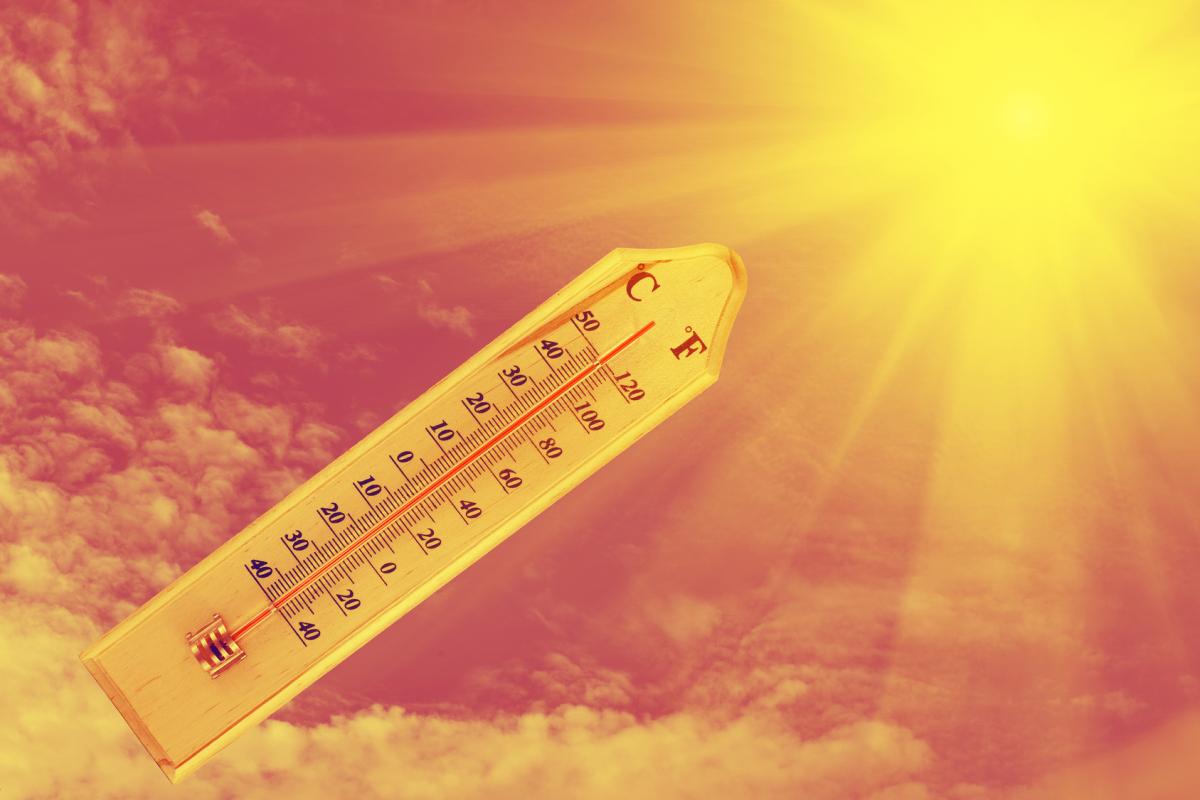 Is there a July heatwave on the way?

The GFS numerical weather prediction model has been churning out some eyebrow raising temperature charts over the weekend, one deterministic run on Saturday forecasting record breaking heat for England on the 16th July, with temperatures reaching 41C inland across southern England and East Anglia. 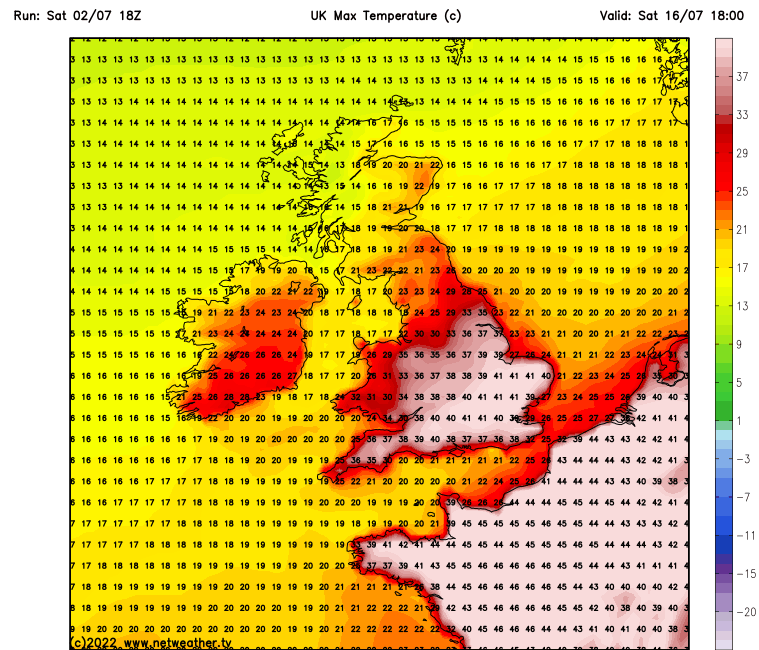 Many forecasters have not seen such high temperatures shown by deterministic / high resolution model runs before, even a fortnight out, like the one above. But the chart produced on Saturday was for a long way out, for an unreliable timeframe in weather forecasting. On the 00z Sunday run of GFS following the Saturday 18z run chart above, it was showing highs of 32C rather than 41C. Though one or two lower resolution ensemble members from GFS since the extreme 18z run of Saturday have been showing the odd 40C for SE England.

But with climate change and high temperature records tumbling over continental Europe during June and the potential for extreme heat to return from North Africa across western Europe in the next few weeks, the possibility of temperatures reaching 40C in the UK for the first time seems a growing, albeit for now, low possibility.

The highest temperature every recorded in the UK was in 2019 at Cambridge University Botanic Garden on 25 July, with 38.7 °C.

In the more reliable timeframe, temperatures are set to be on the rise through the coming week, as we lose the showery trough of low pressure that’s been with us and see high pressure build in from the Azores in its place. Although the threat of showers or longer spells of rain continues for the northwest over the next few days, the high centred to the southwest of Ireland looks set to extend across the UK and increasingly influence the weather across most parts by the end of the week and through the weekend, with a corresponding increase in sunshine and also temperatures. Temperatures in the south and east look set to reach highs of 24-27C on Friday. Perhaps a degree or two hotter over the weekend towards eastern England, perhaps reaching 28-29C in London, as the upper level ridge builds in stronger from the southwest, with an increase in air thickness leading to higher temperatures.

High pressure looks to retreat back towards the southwest to start next week, but will continue to bring mostly dry, warm and sunny conditions to south Wales; central, southern and eastern England, perhaps still hot in the southeast of England on Monday. However, northern areas look to see more in the way of cloud with some rain early next week, as Atlantic fronts move through. But there are signs that high pressure close to the southwest will build back stronger through the week. Temperatures responding and rising into the mid-twenties more widely across England and Wales from mid-week, high twenties to low thirties degrees C in the SE of England and East Anglia on the most recent two GFS deterministic runs.

There continues to be the signal from models for a heatwave from the middle of next week, as very warm air piles up in the circulation of the extension of the Azores ridge building in across southern Britain.

The Met Office definition for when a UK heatwave threshold it met is when a location records a period of at least three consecutive days with daily maximum temperatures meeting or exceeding the heatwave temperature threshold.

The threshold varies by county in the UK between 25C to 28C, with London previously the only area to have a limit of 28C but recently joined by Surrey, Berkshire, Buckinghamshire, Bedfordshire, Hertfordshire, and Cambridgeshire.

The rest of England and Wales, all of Scotland and Northern Ireland still fall under a 25C threshold.

Potential heatwave on the way next week?

The heatwave threshold for parts of England and Wales could well be met from the middle of next week into the weekend of 16th/17th July, based on current model output. 12z GFS deterministic run shows highs in southern England of 30-32C on Wednesday 13th; 30-31C Thursday 14th; 28-29C on Friday 15th; and 30-32C on Saturday 16th July.

Potential heatwave starting the middle of next week?

But the potential for extreme heat, as shown on the chart with 41C towards the top of the article, seem less likely based on recent deterministic and ensemble guidance pointing to a stubborn upper trough over Scandinavia and strong westerly flow close to the north of the UK out towards mid-month flattening the flow over NW Europe and preventing extreme heat over North Africa, Iberia and southern Europe from getting as far north as the UK. But there is still reasonable chance of a heatwave starting next week, though temperatures look to be more in the low thirties Celsius tops, nothing extreme showing for now.