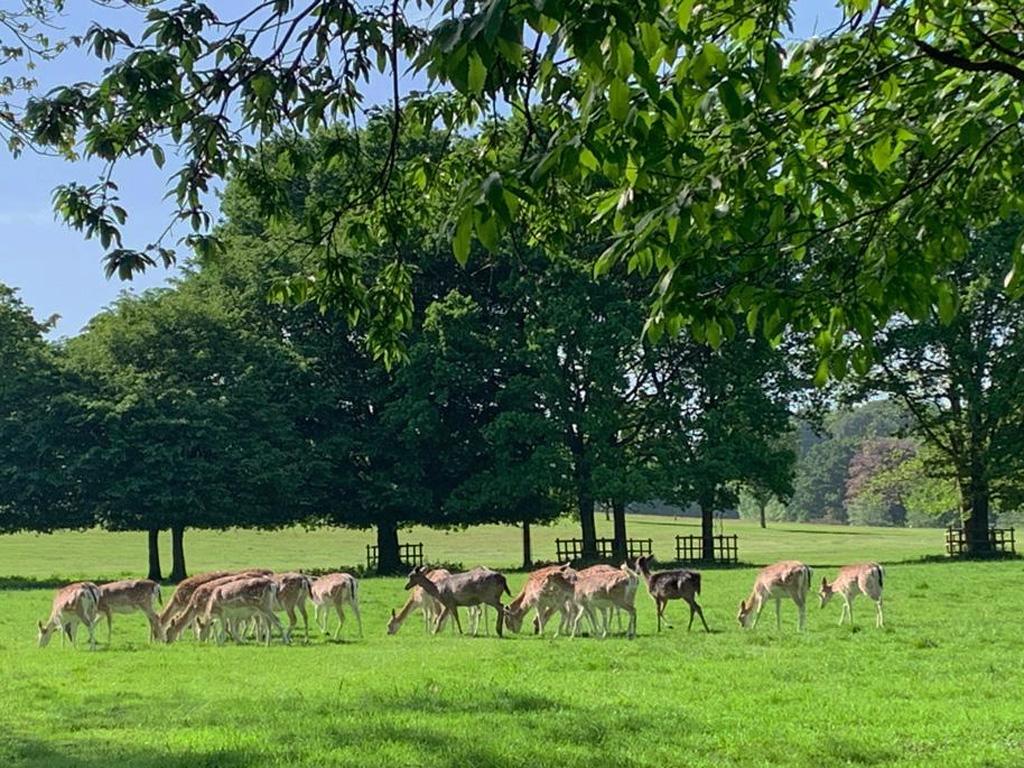 Last weekend in May weather- High pressure over the UK

At the weekend high pressure slides in over the UK from the southwest to the northwest. This brings a lot of settled, fine weather without the windy showers of midweek but results in a northerly flow for eastern Britain. The weekend nights do look cooler with temperatures inland widely down into single figures, so if you are off camping for the start of half term, take note. 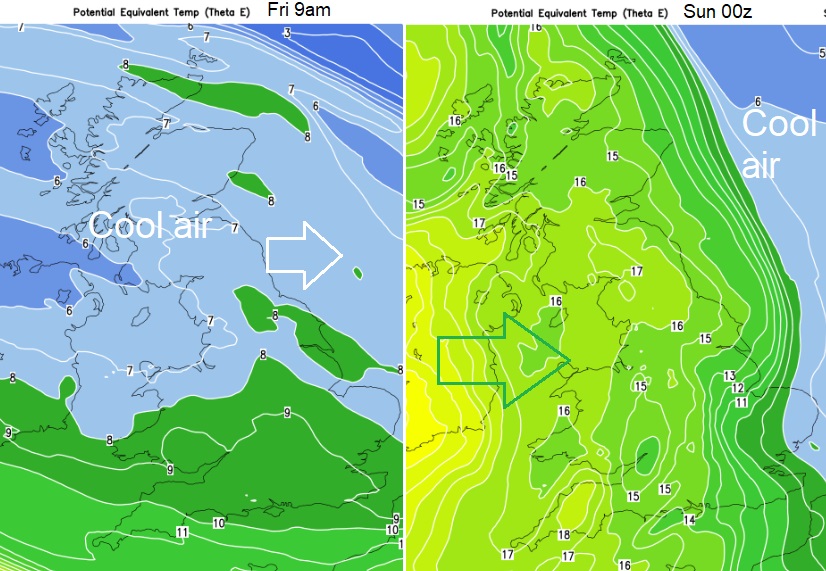 If you are off to the seaside, the North Sea is still cool but temperatures are beginning to creep up along the south coast, for the Channel Islands and around the Bristol Channel. Into the mid-teens Celsius. With light winds and sunshine, it will feel fine on Saturday but the northerly breeze on Sunday will bring cooler air to the east coast. 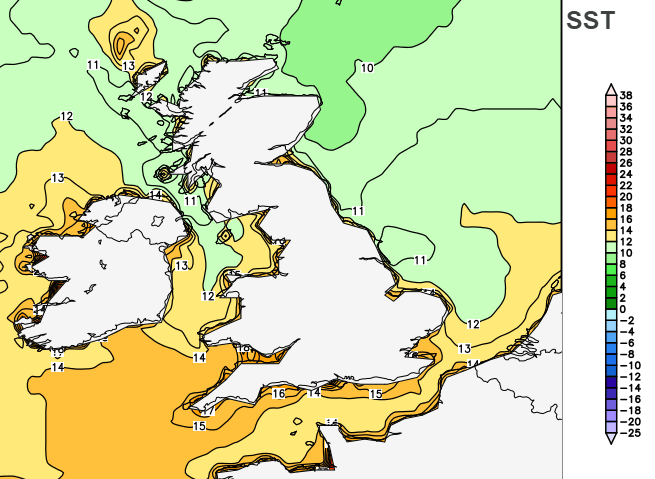 There will be plenty of dry weather this weekend with strong, warm sunny spells. The far north of Scotland will start with more cloud and a few showers. Cloud will increase for northern and eastern Britain later on Saturday. Temperatures will be in the mid to high teens and low twenties Celsius with only light winds.

Liverpool play Real Madrid on Saturday evening in the UEFA Champions League final at Stade de France. The weather in Paris looks fine, dry and sunny, pleasant but not too warm at around 18C by 8pm. 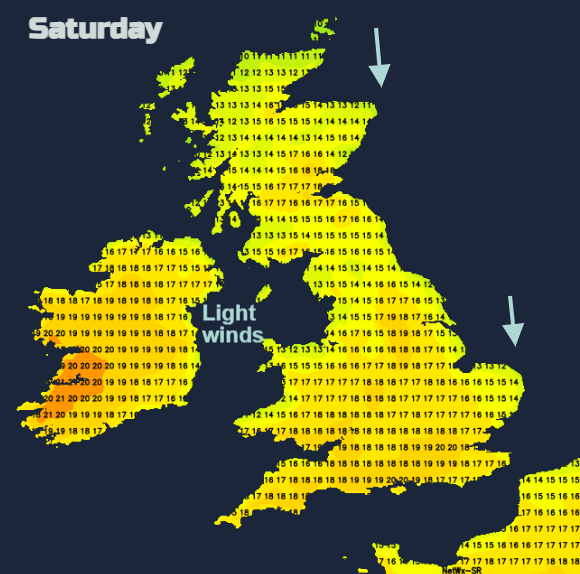 On Sunday at Wembley, Huddersfield Town play Nottingham Forest in the Championship play-off final. The weather should remain dry but with thickening cloud and a late afternoon temperature of 16C

Low cloud will pull down over NE Britain in the flow around the high pressure and that looks to be over eastern England by Sunday morning, so grey here. Northern Scotland will see rain in the morning. This turns more showery during the day but extends to more of Scotland and eastern England. Eastern counties will feel cool at 11 to 14C. 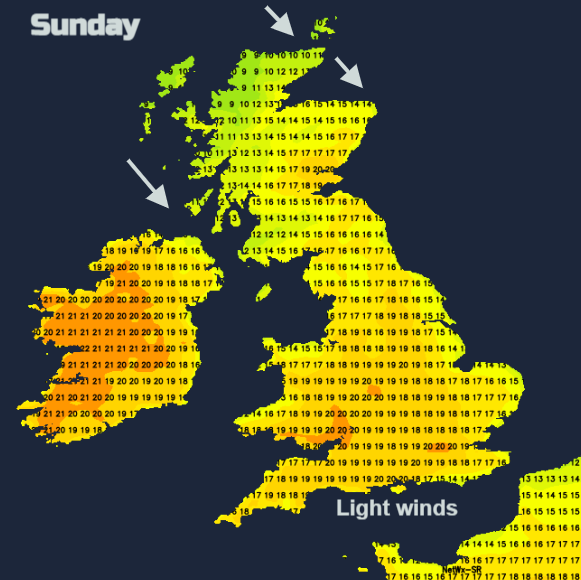 Some areas will stay dry but the change from a fine, sunny dry Saturday will be noticeable. A few showers might reach Co. Down and Co. Antrim but overall Northern Ireland, Wales, western/central and southern England stay bright and dry, with warm sunshine. Inland, and for western areas, temperatures will be in the high teens or low twenties Celsius.

A look ahead for half term week and Jubilee long weekend