Low pressure will be in charge of the UK's weather during the coming days, but a familiar split is going to be the norm. The north and west will see more of the wetter, windier weather, whereas those further southeast will see more in the way of dry conditions.

The reason for the split is that, for the time being, low pressures are going to track nearer to the north of the country, allowing those further south and east to enjoy a bit more shelter and closer proximity to high pressure over the continent. 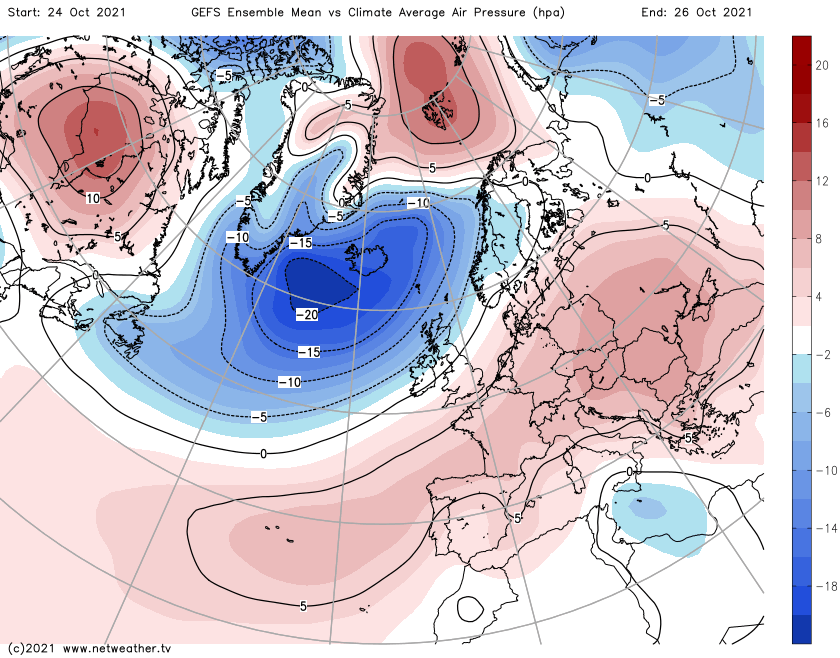 A very similar setup is likely to persist right through the upcoming week, but with low pressure slowly furthering its influence in the south. Then by next weekend and the beginning of November, it does look likely that those further south will be getting in on the wet, windy action more often. 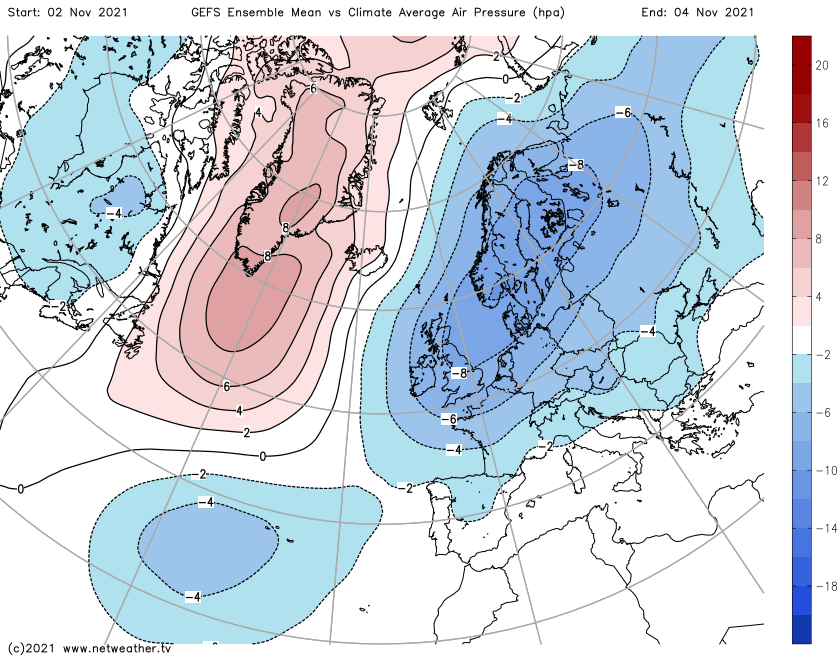 After the brief colder blip, which did see some snow affecting the high ground of Northern Britain on Friday, there's no sign of anything cold during the coming days. Winds will generally be blowing from the south or southwest, with temperatures on the rise to become warmer than average for the time of the year by Monday or Tuesday and staying that way through the remainder of the week. 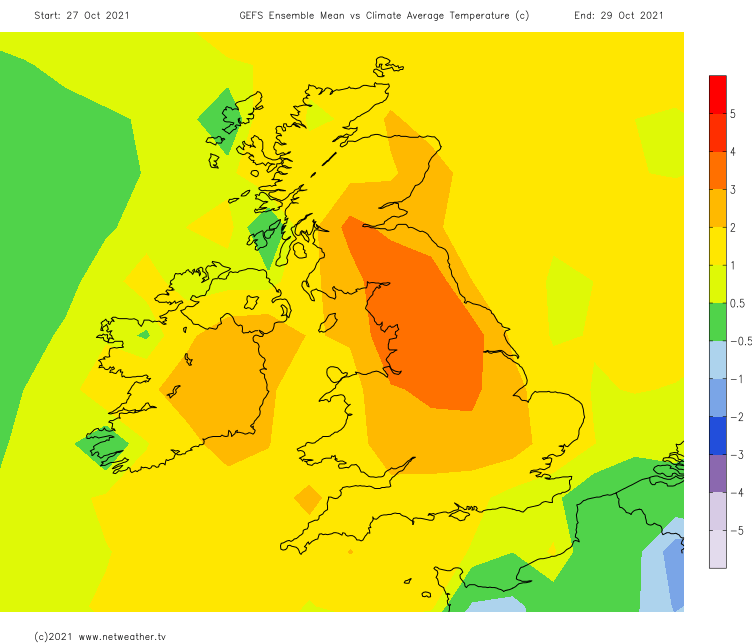 Putting more meat on the bones in terms of rainfall during the next few days. Sunday will see a weakening front moving southeast through England and Wales. It's likely to just bring some showery outbreaks of rain, with many parts missing out on seeing much, if anything at all, from it. Elsewhere, and behind it, there'll be sunshine and showers, with the north and west tending to see the majority of those.

Monday brings a similar day, with sunny spells and some sharp downpours, which will again be most frequent and heaviest in the north and west but will tend to become more widespread through the day.

Wet, windy weather will move into the northwest of Scotland and Northern Ireland during Tuesday,  with some showery outbreaks perhaps extending into other parts of Scotland and Western England and maybe Wales for a time. Other regions are likely to be mostly dry but with cloud increasing from the west.

The wet weather in the northwest will continue into Wednesday before starting to make a move further southeast. But, as the rain makes its journey, it's not likely to be quite erratic, perhaps slowing right down or stalling before becoming more patchy.