Atlantic systems continue to be partially 'blocked' as they approach, slowing down or grinding to a halt as they try to cross the country - with one such trough overhead today, and another not too far behind. 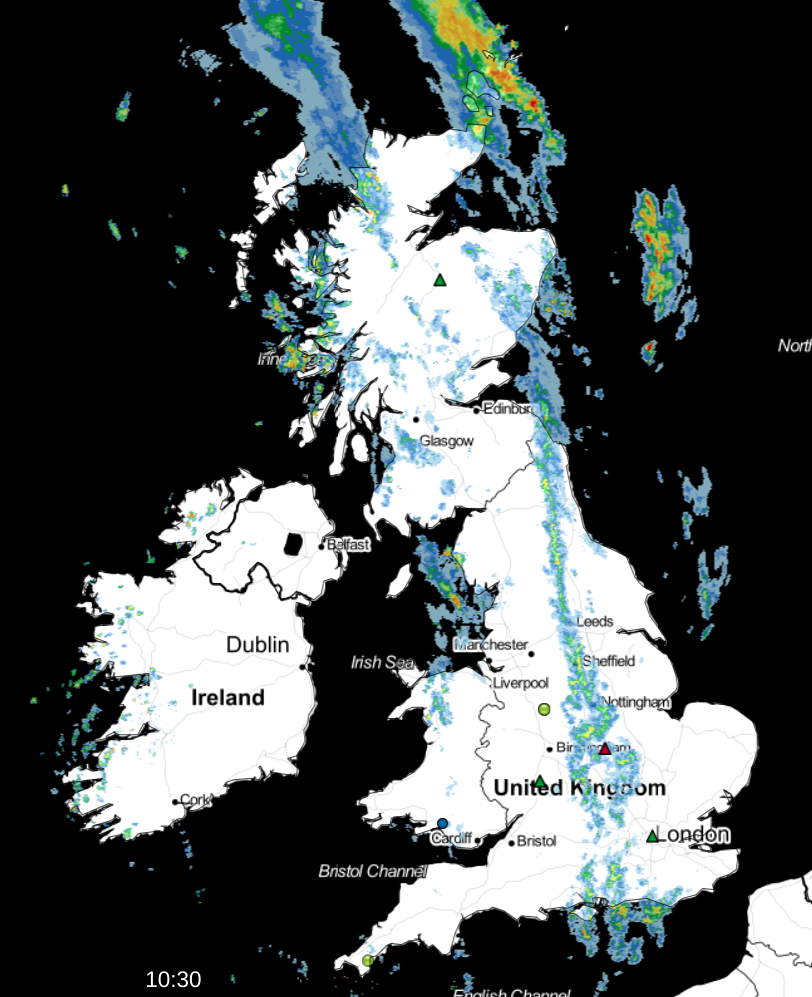 This makes today's forecast a little tricky from the timing point of view, with various weather types moving slowly from West to East across most parts today before things improve for a time into the new working week.

Many eastern areas have started fine, but this won't last, with the first of those fronts down the spine of the country and across East Scotland already giving rain, some of it heavy. As this comes slowly East, skies will fill in across eastern England, with outbreaks of rain arriving. Some will see more rain than others, with a Met Office warning issued of locally heavy falls of rain of 30 to 40mm in places later today. 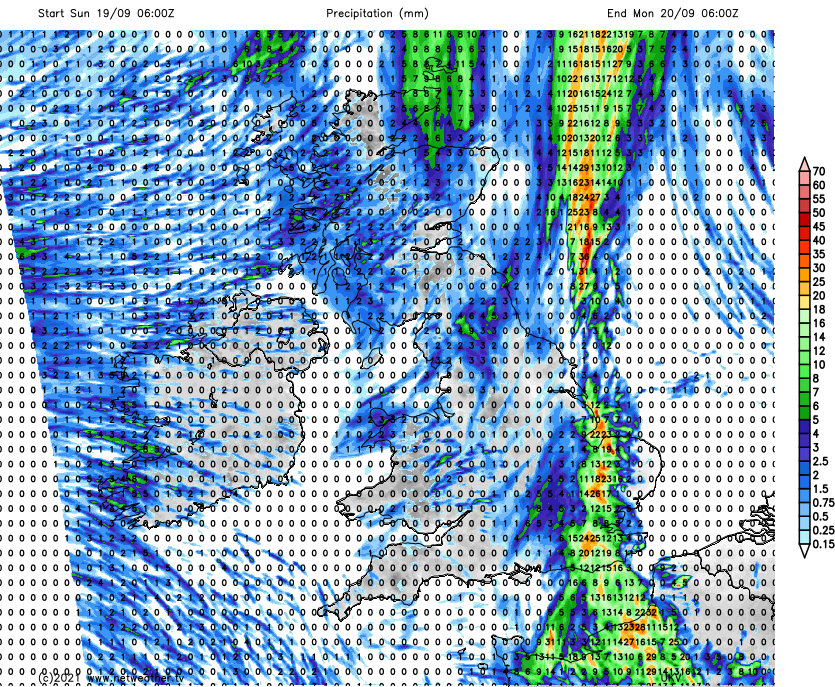 Another trough is giving showers further West before merging with the other front as the day wears on. Across Northern Ireland, however, it's turning brighter, and this'll spread to other more western parts later.

Winds generally will be light, with the unsettled conditions resulting in a cooler day in the East and South. Nevertheless, top temperatures between 14 and 20C across the country will still be close to normal for mid-September, depending on how much sunshine you get.

Scotland, Wales and most western areas become fine with clearing skies after dark. Northern Ireland will also have a fine evening, but here it'll cloud over later as patchy rain moves in from the West. Across eastern England, there'll be further outbreaks of rain heavy in places into the evening. Still, the trend overnight should be for the rain to become more showery and somewhat lighter generally.

Winds remain light in a chillier night than of late in the West, with some Scottish glens seeing temperatures fall as far as 4 or 5C. Elsewhere 8 to 12C will be nearer 'the mark'.

The new working week begins grey and misty across eastern and some central parts of England. There'll be further bursts of rain, but as the front weakens and eventually 'fizzles out', it'll become drier and perhaps a little brighter through the day.

Over Scotland and further West, it'll be mainly dry with some sunshine, but a weakening Atlantic front will bring some cloud and patchy rain to Northern Ireland and the North and West of Scotland through the day. Mostly light breezes become West or South Westerly in the North, with maximum temperatures between about 14 and 20C depending on amounts of sunshine.

After dark, a weak cold front clears Scotland and Northern Ireland, bringing clearer skies to most by morning. Across England and Wales, it should be mainly dry with clear intervals, particularly over Wales and South West, but cloud amounts will vary. Winds remain mostly light, but with a South Westerly breeze further North. Lowest temperatures 6 to 11C.

After some fine weather, mostly in central and southern parts, the remainder of the week has a more autumnal look about it. It'll become windy as pressure falls, with a vigorous Atlantic depression bringing gales and rain later in the week, particularly to the North. 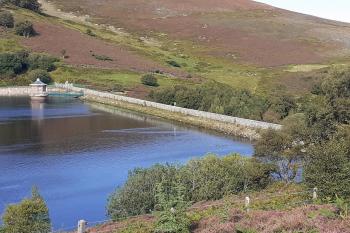