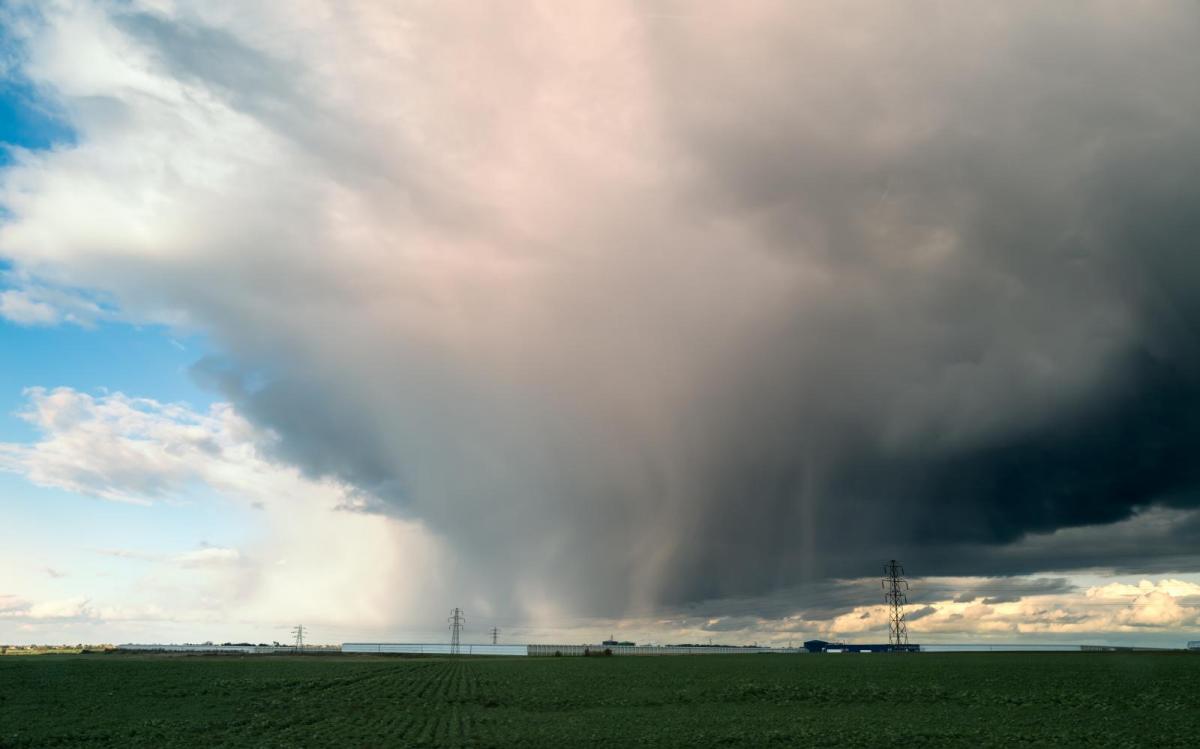 Although July is ending cooler and unsettled, the month overall will see mean average temperatures for most some two degrees Celsius above normal. Trolling through my records, I estimate that mean average temperatures across Britain have risen by about a degree Celsius in the last sixty years. This may not sound a lot, but as the air can hold more water vapour in the higher temperatures, it must be a contributory factor to flooding both here and across Europe in the past few days and weeks.

We still have low pressure dominating, although a depression to the East of Scotland will be moving away into Scandinavia. So the showers and thunderstorms of yesterday that saw lightning set fire to Manchester's main hospital, shouldn't be as heavy or as widespread. 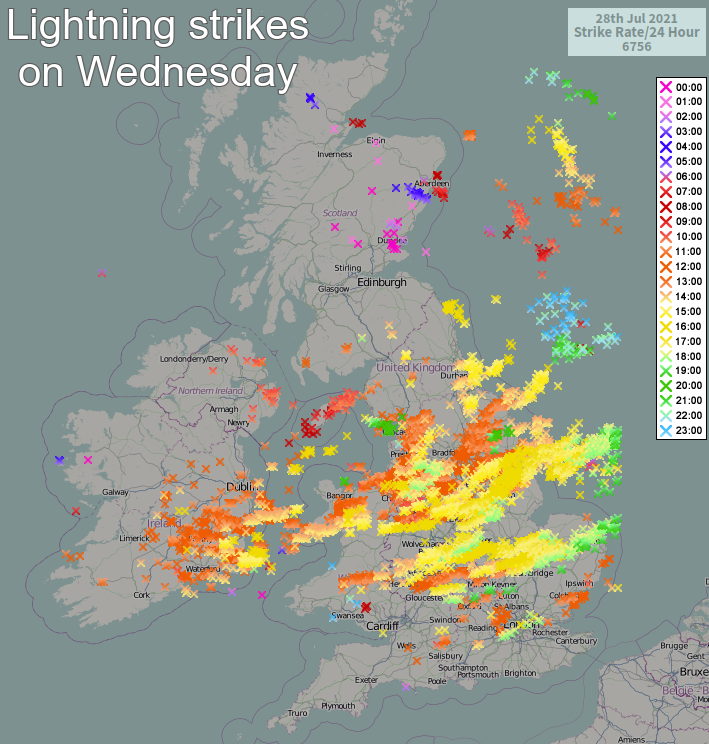 The northern half of the country is waking to cloud and patchy rain, mostly over Northern Ireland, but this'll break into sunny intervals and showers. From the Midlands southwards, it's a fine sunny start, but some showers will develop as cloud builds. A few could be heavy, although not everywhere will catch one.

The exception will be the South West, where there's already more cloud, with a small but active depression (just named Storm Evert by the UK Met Office) in the Western Approaches soon bringing outbreaks of rain and gusty winds that'll be spreading towards South Wales and the West Country towards evening. Elsewhere a somewhat blustery at first West or North West wind will feel fresh before decreasing later. Top temperatures 14 to 17C in the North and 18 to 21 locally 23C in the South and South East where you see the best of the sunshine. 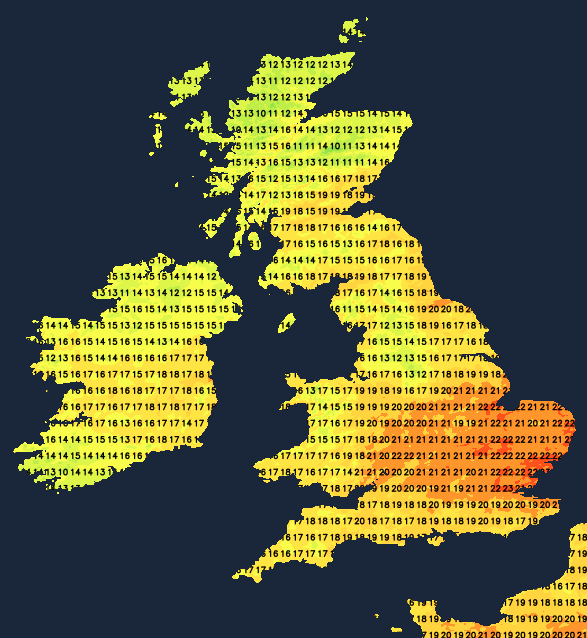 As a small but vigorous depression tracks across the South after dark, it'll bring unusually blustery winds for the time of year. Gusts up 40 to 45mph are likely towards the South coast and across the Isle of Wight, with bursts of rain heavy in places expected from Wales and the Midlands southward this spreading to much of East Anglia later in the night. Elsewhere the showers fade, becoming largely confined to coasts exposed to the North and West. As skies clear and with lighter breezes, it'll turn a little chilly and misty in some rural parts towards morning. The lowest temperatures 8 to 11C, but in the South, the thermometer shouldn't fall below 12 to 14C.

Tomorrow sees much of the East and South blustery and wet, with some heavy rain in places. But conditions will be improving in the West, this eventually spreading to most of these parts before the day is out. Elsewhere a somewhat chilly North or North Westerly wind brings a scattering of showers, with the best of the sunny intervals on offer probably across parts of the North East and towards Lothian and The Borders. Temperatures will be down on recent values, particularly in the East, reaching only 13 to 15C in the far North, but 17 to 20C more generally.

A still somewhat blustery in places North or North West wind continues to bring scattered showers into the evening and overnight. These will be most frequent in the North and East, where a few could be heavy at first, but there'll be clear intervals as well. It'll feel chilly in the wind, with the lowest temperatures mostly in the range of 7 to 11C.

As we go into the weekend and early August, summer remains 'on hold' with further spells of often rather cool unsettled weather expected. There'll be some sunshine at times, though, but with the recent heat now a distant memory.