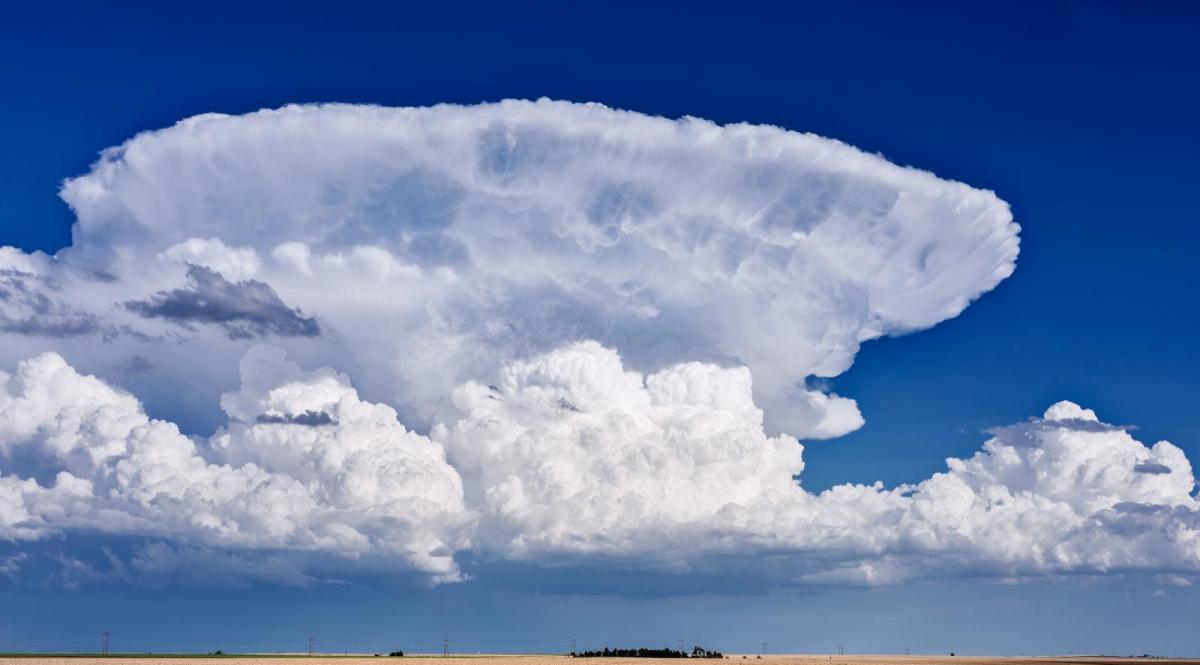 Sunday made sure that June the 13th remains the only day of meteorological summer that hasn’t reached 30C or above, despite a hot day in the southeast, a few degrees shy with 28.0C at Heathrow the highest temperature of the day, though Northern Ireland and Wales had their warmest day of the year so far, with 27.4C at Cardiff and 25.3C at Giant’s Causeway.

Monday will stay hot, humid and sunny in the southeast – temperatures reaching 29C in London. But elsewhere, a weakening cold front moving southeast, bringing just a band of cloud, will introduce cooler and fresher conditions, but for most it will remain dry and sunny once the cold front clears, away from the far northwest which will see showers. Away from the hot southeast, temperatures reaching 21-23C across SW England, east Wales, Midlands and eastern England, further north a cooler 14-18C. 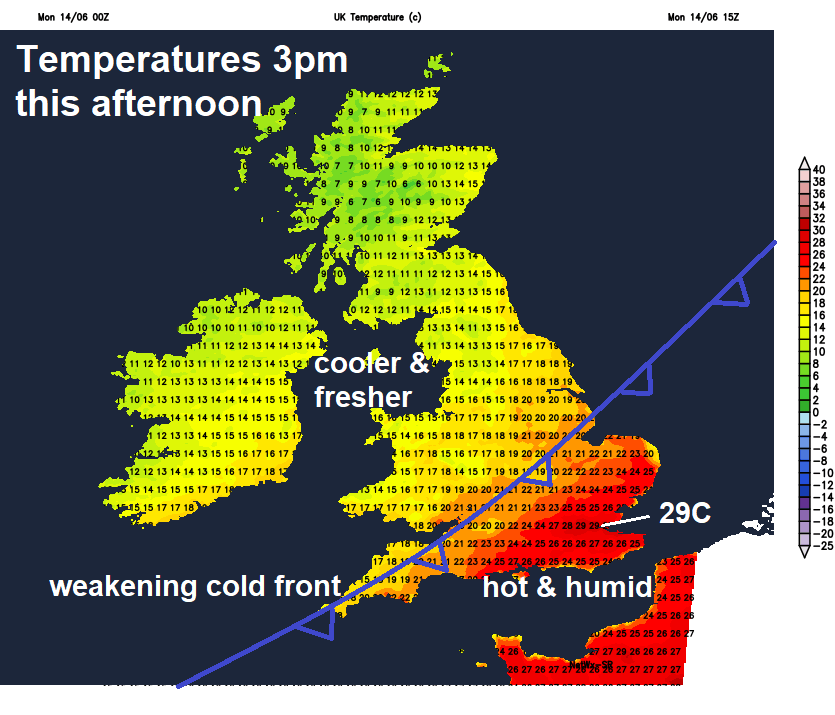 That weak cold front sliding southeast today will clear away from SE England tonight, taking away the humid air. Then after a dry and more comfortable night, Tuesday will be fresher in the south than Monday, less hot in the southeast – with a high of 25C, but with a ridge of high pressure building in – it will be dry with sunny spells for most. Though a frontal system moving east ahead of deep low out over the Atlantic will introduce cloud, rain and strengthening winds across N. Ireland, northern and western Scotland through the afternoon.

Hot & humid air of last few days pushed away from SE UK for a time on Tuesday before returning on Wednesday, with it - an increasing risk of thunderstorms Wednesday night

Then on Wednesday, a cold front bringing a band of rain southeast across Scotland into NW England in the morning will stall and weaken. Meanwhile, an upper trough over the Atlantic associated with low pressure to the northwest will amplify southwards, which will back the flow and pull in a plume of very warm and humid air in from the near continent again across much of England ahead of the weakening cold front stalling across northern England and Wales, with plenty of sunshine across central, southern and eastern England allowing temperatures to rise into the mid-to- high 20s Celsius. We could potentially hit 30C in SE England, likely in the London area. 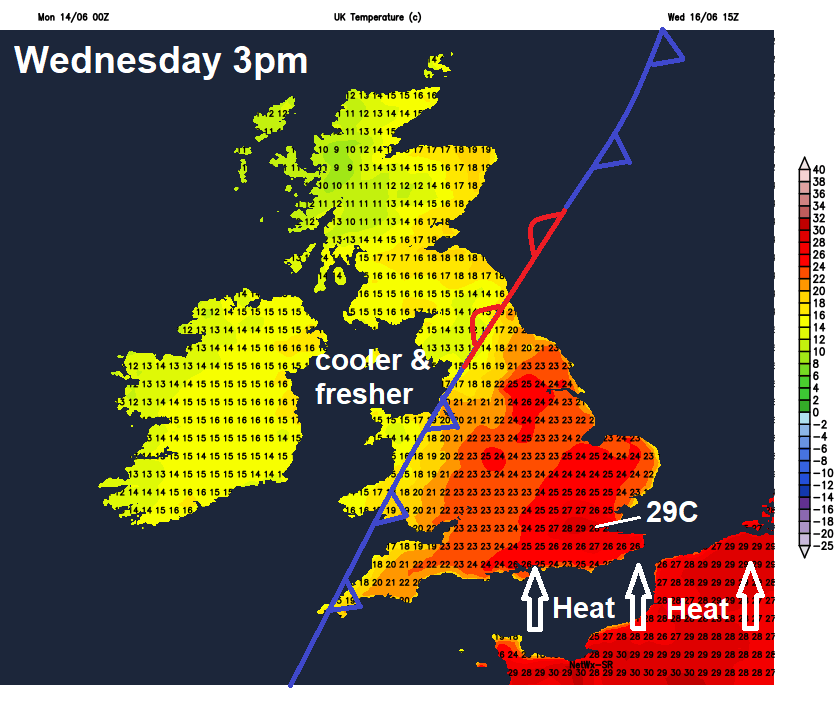 But trouble is brewing to the south for later in the day and overnight into Thursday. A thundery low developing over northern France, generated by cooler air aloft of the upper trough edging in from the west overrunning the warm and humid plume pushing north out of France, will drift north and looks to push an area of heavy rain and thunderstorms northeast across much of England and perhaps east Wales late Wednesday evening and through the early hours of Thursday. Warm and humid air with thundery rain perhaps lingering across parts of eastern England through Thursday, elsewhere fresher and brighter with sunny spells, but also a few showers in places. 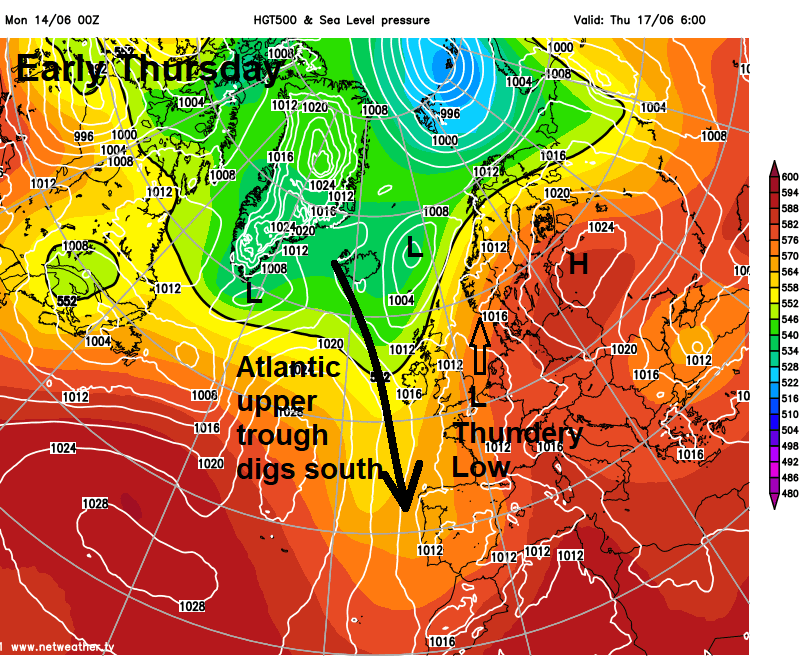 A risk of thunderstorms moving northeast across southern, central and eastern parts of England from late Wednesday and through Thursday

Further pulse of heavy thundery rain may push northeast out of France across SE England and East Anglia on Friday, though some uncertainty over extent and timing, elsewhere many staying dry and sunny – thanks to a ridge of high pressure building from the northeast from the Azores, though a few showers still possible. Everywhere seeing temperatures back to average for the time of year, cooler and fresher for the southeast.

It looks to turn increasingly unsettled again next weekend, as we perhaps see a two-pronged attack from low pressure moving in from the west and also low pressure moving north across France towards eastern England. We may see very warm and humid conditions return briefly across the southeast with this low moving up from the south.