It's not too often the words high pressure, sunshine and warmth get used in conjunction with a bank holiday weekend, but this time around it's on. High pressure will be in charge of our weather as we head through the weekend, bringing lots of fine, sunny weather. And although it's not going to be the heatwave that you may have seen touted in the tabloids, temperatures will be on the rise. On top of this, after a low pressure dominated May, high pressure is expected to play a much more prominent role during June - take a look at the month ahead forecast for more details.

One of the drivers of our change in fortunes is the jet stream. After being near to or over the south of the UK for much of May, and despite still being in that position, it's currently buckling out to our west in the Atlantic and pushing up into Greenland. As that buckle moves further east, the jet ends up to the North of the British Isles, allowing high pressure to build up over the UK and also into Scandinavia, with low pressure moving into Greenland.

And to give you a flavour of what's all that means on the ground, here's the forecast temperature map for Saturday, with many parts of the country into the high teens or low twenties. 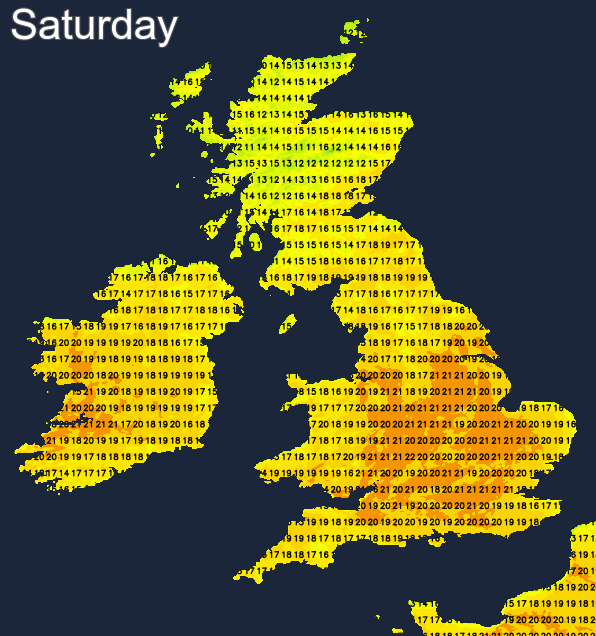 For the time being, we do still have an area of low pressure close by, which means another day of sunny spells and showers to contend with today (Tuesday). With the low edging out into the North Sea, the showers will be most frequent in eastern parts, but even so, other parts of the country aren't guaranteed a dry day with a reasonable scattering of showers developing. There's also a weather front associated with a small low west of Ireland that's going to be bringing some more general rain into the southern half of Ireland and also the southwest of England during the day. For southwestern England, it will be more of a glancing blow and should be mostly offshore again by late afternoon or early evening.

Temperatures today will again be in the disappointing category for the time of the year, peaking at 12-16c across the country.

A lot of the showers will die out overnight, with a handful continuing in eastern parts. It'll be a chilly night everywhere, with lows widely into single figures, there could even be a touch of frost where skies clear.

Thursday then sees pressure starting to rise over the southern half of the country, so any showers should be few and far between here. There'll still be a weakening weather front from the low in the North Sea affecting parts of eastern England, bringing some showery rain and a fair amount of cloud. To the north and west of that into northwest England, southern and central Scotland some sharp showers are likely to develop through the day, with sunny spells between them. Temperatures, in the sunnier areas at least are likely to be a degree or so up on Tuesday's values, peaking at 14-19c. 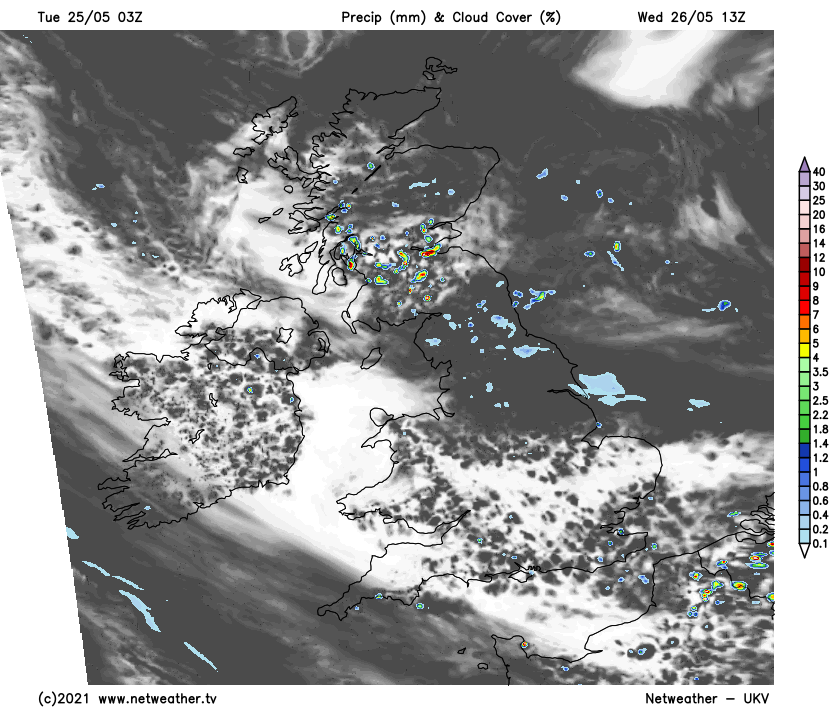 Thursday sees the pattern progress, with more sunshine, even less in the way of showers and temperatures another notch up. There may still be a few showers in eastern parts, and with an onshore breeze, those right on the east coast are likely to be cooler with cloud rolling in at times. Also, there'll be an Atlantic weather front moving in from the west through the day, bringing patchy rain across Ireland, and perhaps into the western fringes of Britain later.

That front may continue to bring some rain into the west on Friday, along with a fair amount of cloud. So, it'll be central and eastern parts likely to enjoy the best of the sunshine and warmest temperatures with maxes into the high teens or low twenties. Then into the start of the weekend, the front should move away, to allow plenty of sunshine across much of the country with temperatures peaking at 17-22c generally. High pressure stays in charge into Sunday but may start to allow Atlantic fronts to make a little bit of progress inland, bringing more cloud and perhaps some rain into the far northwest later on and into Monday. 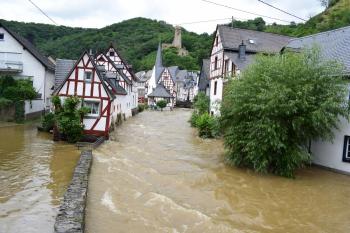 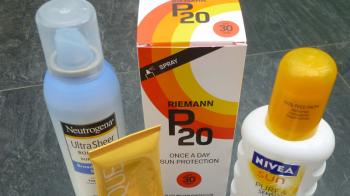