Netweather
Latest - Summer Solstice today, but not feeling so summery in the south

Milder air, warm sunshine but heavy showers to keep us on our toes

Up to 22.5C yesterday and no frost this morning as the weather shakeup continues. After April’s dry, sunny but cold stint, we have seen some rain in May, but this weekend brought a proper Atlantic low pressure our way. This drew up warmth from the south and thunderstorms appeared. 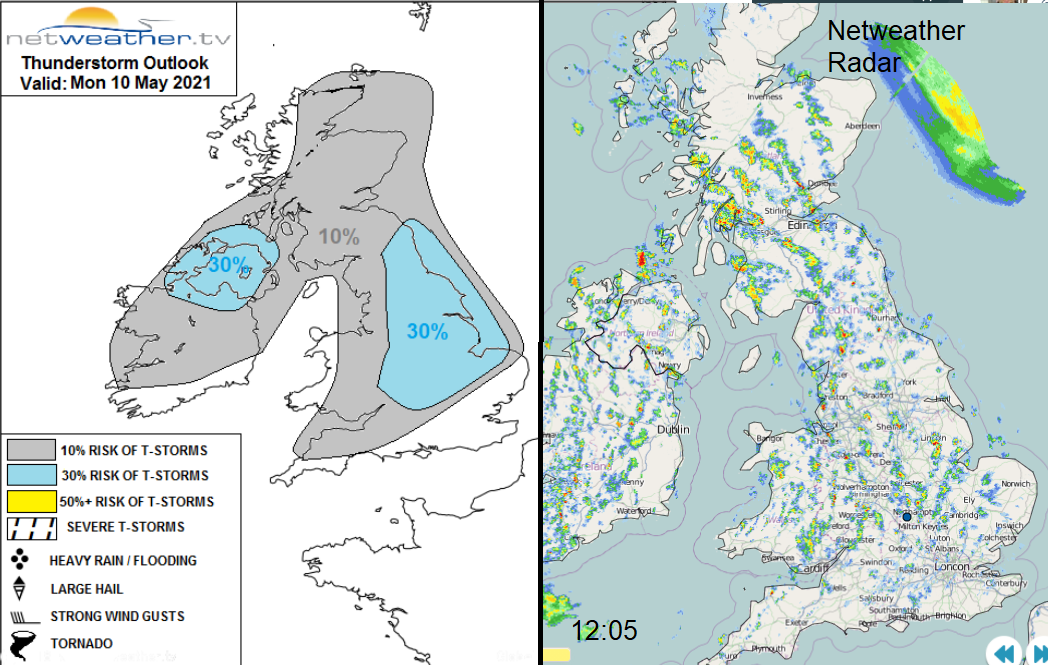 Low pressure stays with us over the next few days. Swirls of showers, including heavy downpours, move northwards. This rain has been most welcome by farmers and growers. It will be milder this week, although still worth keeping an eye on the frost risk later this week. Daytime temperatures vary greatly from the cool, cloudy, shower ridden areas to the sunnier parts, which will see 17 or 18C today, 19 or 20C possible this week. So, some May warmth to be had.

Early frontal rain has cleared eastern England but will swing back over the Northern Isles and John O’Groats this afternoon. The low pressure centre lurks off the west coast of Ireland and the number of showers will increase. First over western Britain and Ireland, then a rash over many parts of the UK. Slower to get going in northern Scotland this morning and a zone of drier weather over the far south of England. This afternoon, there will be heavy showers with the risk of hail and thunder over Northern Ireland, Scotland and northern England. A scattering remains for Wales but begins to fade for the Midlands with few left for SE Britain. 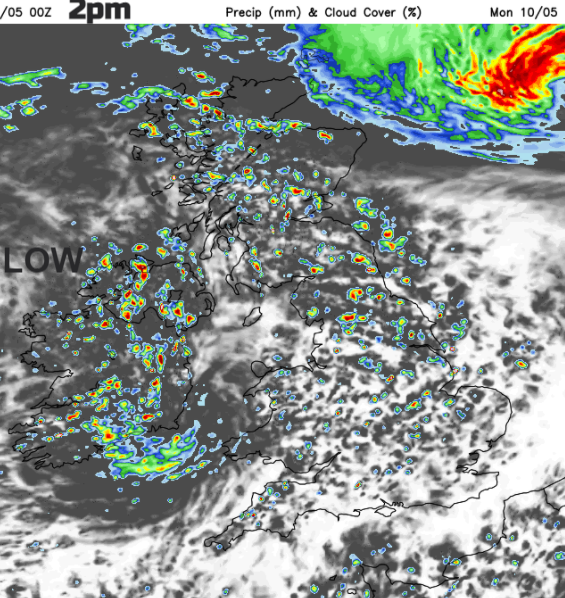 For Wales, afternoon temperatures will be 12 to 16C. The brisk SW wind will make it feel cool, but Cardiff should be sheltered. SW England will also be cooler at 13C, in the breeze but across the rest of England, temperatures will reach into the mid-teens, with 17 or 18C likely for SE Britain. 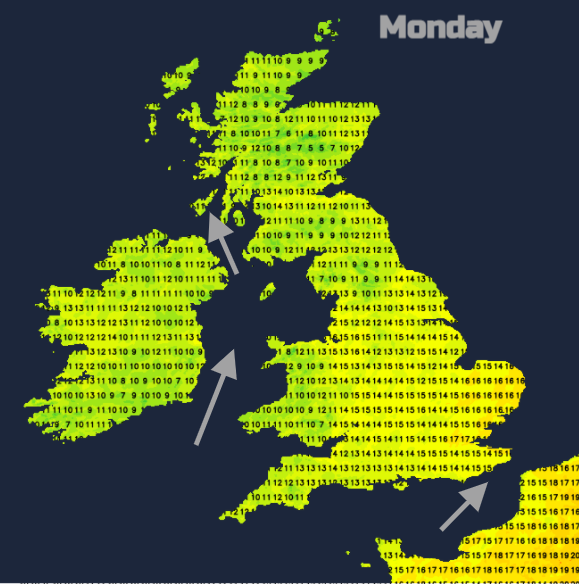 By this evening, the wettest conditions remain over northern Britain, particularly the NW and Northern Ireland. The winds will have eased for much of eastern and southern Britain with clear skies and drier weather. There are two areas of rain overnight. The first moves over eastern counties of Northern Ireland into SW Scotland late evening. It edges northwards but will still be over Argyll and Highland by Tuesday morning. Around dawn, a swirl of showers and blustery winds should reach Cornwall. Everything swings northwards. The rain band over northern Scotland and the Western Isles. Heavier showers with thunder from Wales and the Midlands up over northern England by the afternoon. The winds pick up for SW Britain as a  small low centre heads in with more showery rain through the day. Clusters and bands of showers continue to work their way northwards, with some heavy downpours expected for southern Scotland and the Central Belt by Tuesday evening.

Temperatures for most remain in the mid-teens but London, SE England and East Anglia could see around 18C. 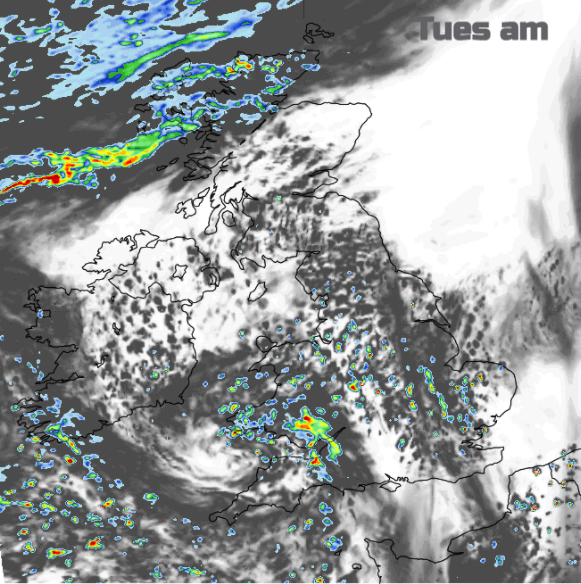 More of the same this week, showers coming and going. Some parts seeing quite a few and other areas missing most of the downpours. Warm in the sunshine and the air is milder now as the flow continues from the south. 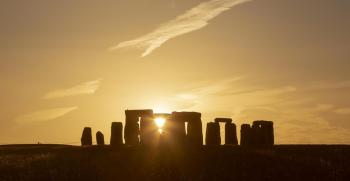 Summer Solstice today, but not feeling so summery in the south