Netweather
Latest - Is there a July heatwave on the way? 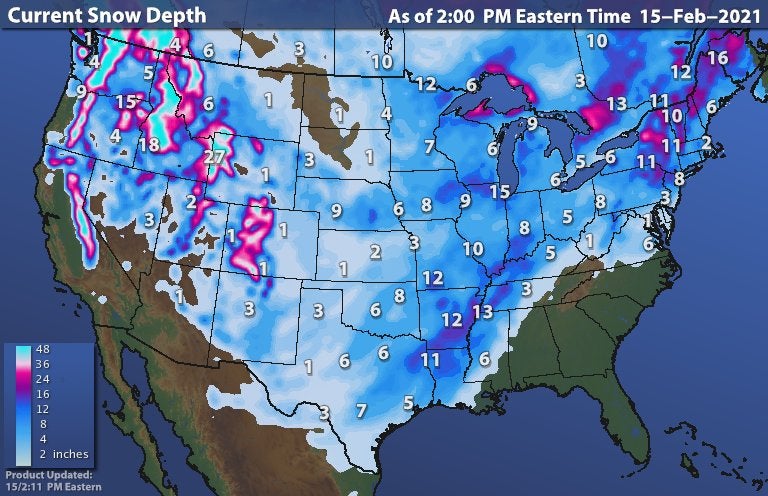 Thought it was cold here? Usually balmy Texas has been even colder and snowier

A brief look at our week-long cold spell that ended over the weekend.

There was snow cover in my garden in Surrey yesterday, but this morning it had pretty much all gone overnight bar the odd sheltered pile. Much milder air has crept in from the west overnight, replacing the bitterly cold air which has prevailed since the previous Sunday.  The mild conditions prevailing for the rest of the week and the weekend, with temperatures in the south reaching the mid-teens. The recent cold spell, which started on Sunday 7th February and ended this weekend was the coldest spell countrywide since the Beast From The East in late February / early March 2018.

The lowest temperature of the cold spell of -23C at Braemar in Aberdeenshire on Thursday morning was colder than anything recorded in the early 2018 cold spell though and was the lowest temperature recorded since December 1995, when -27.2C was recorded that year on the 30th, and the lowest February temperature since 1955. Also of note during the cold spell was some significant snowfall totals in parts of Scotland – with 40cm (15 inches) or over a foot at Aboyne in the Highlands, while in the east of England, Andrewsfield in Essex saw 23cm or 9 inches.

However, if you thought our spell was cold and snowy, across the pond in the USA, a plunge south of extremely cold arctic air from Canada southwards across the centre of the country is reaching as far south of the Gulf of Mexico, triggering a major winter storm. Many southern states of the USA are not accustomed to snow and bitterly cold conditions.

The entire state of Texas is under winter watches. Dallas dawned today with a temperature of -15C, with today’s maximum temperature forecast to get no higher than -9C. The average high for February in Dallas is 16C. Some 240 miles further south than Dallas, Houston in Texas at 29 degrees north in latitude (London is 51 'N), same latitude as Kuwait City in the Middle East, is under a winter watch with the threat of snow and temperatures no higher than -7C today. Oklahoma City in the southern Plains, 250 miles north of Dallas, is expected to reach just -17C today. While across central and northern Plains temperatures at dawn this morning were as low as -40C. 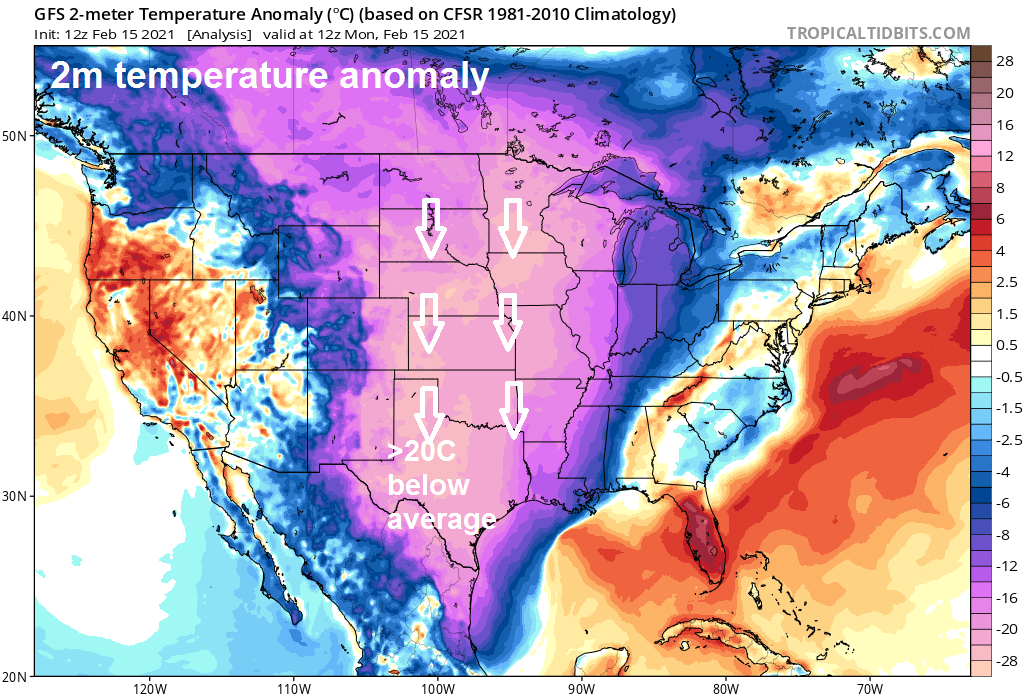 Texas, more accustomed to seeing balmy temperatures in February, away from the High Plains, compared to what we see, has issued a State of Emergency, as every part of the state is expected to face freezing conditions today, with several inches of snow already fallen across much of the state from the winter storm. Abilene in central Texas recorded 14 inches of snow yesterday, beating its previous record. While Galveston near Houston, on the Texas coast of the Gulf of Mexico has even seen snow on the beach today.

The unprecedented demand for electricity to heat homes in the state had led to rolling power blackouts too, as ERCOT (Electricity Reliability Company of Texas) tries to cope with demand and lack of electricity generation to keep up, with some gas-fired power plants closed for winter maintenance. Normally peak electricity demand in Texas is during hot spells in the summer, when many homes and businesses are using air con to cool down.

The severe cold will persist over the next few days, but the winter storm is now moving away from the southern Plains, where it has brought over a foot of snow across parts of eastern New Mexico, NW Texas and Oklahoma, and will continue to track northeast towards the Mid-West and Great Lakes, bringing snow here, before reaching New England on Tuesday. Parts of the Deep South east of the Mississippi River have seen freezing rain on the eastern side of the winter storm, causing a lot of travel disruption, accidents and power outages.

Is there a July heatwave on the way? 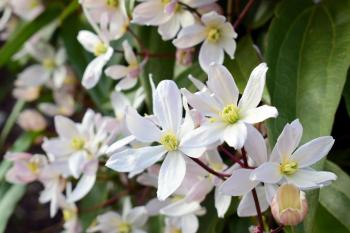 Plenty of warm, fine July weather this week and next. Still showery in the far northwest 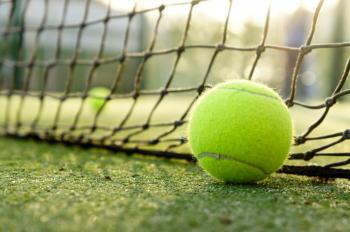