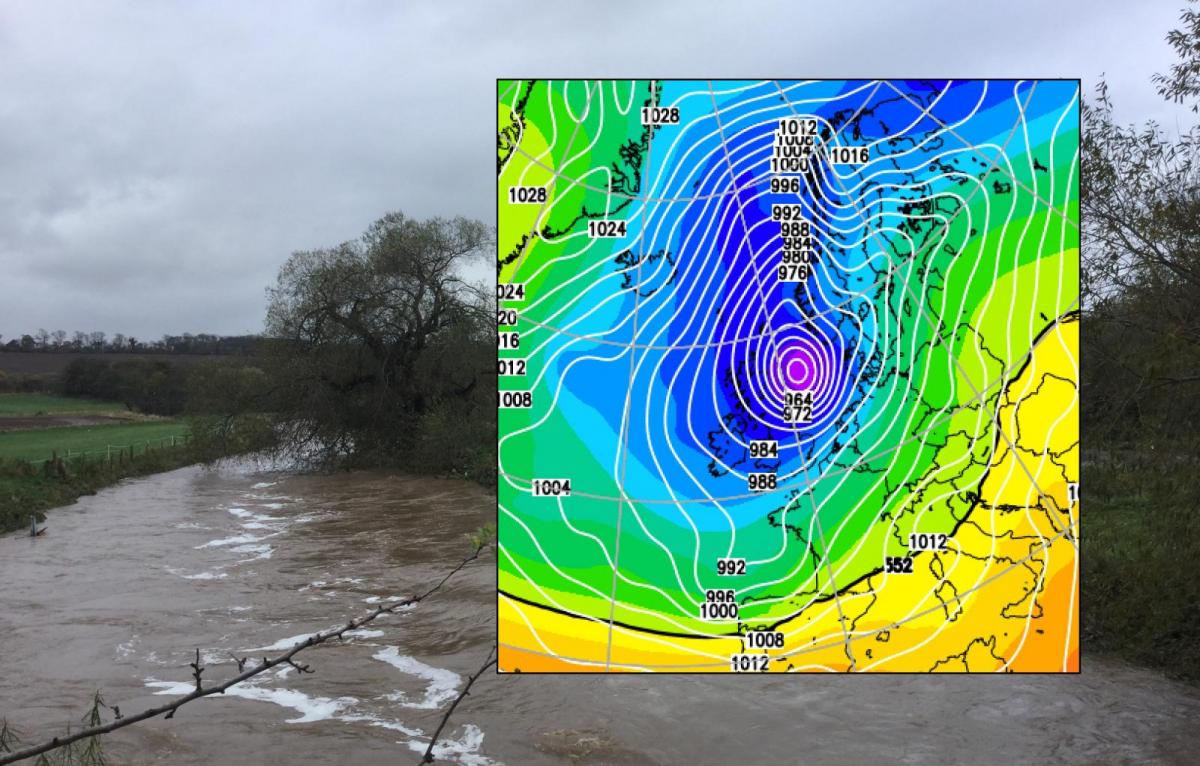 The UK Met Office has named Storm Christoph due to the amount of rain and expected flooding this week. The rain just keeps on feeding in from Tuesday, over the middle part of the week onto already saturated ground and into high rivers. As a low centre deepens across the UK on Wednesday night, there will also be snow with strong winds even gales from this event.

The rain gets going through Monday night, one area sweeping over southern Britain eastwards where there is already sodden ground and flood alerts after recent rain and a bit of snow at the weekend. However, the main rain is from a frontal band that sets in across north Wales, northern England (particularly the NW and parts of Northern Ireland, southern Scotland early Tuesday. 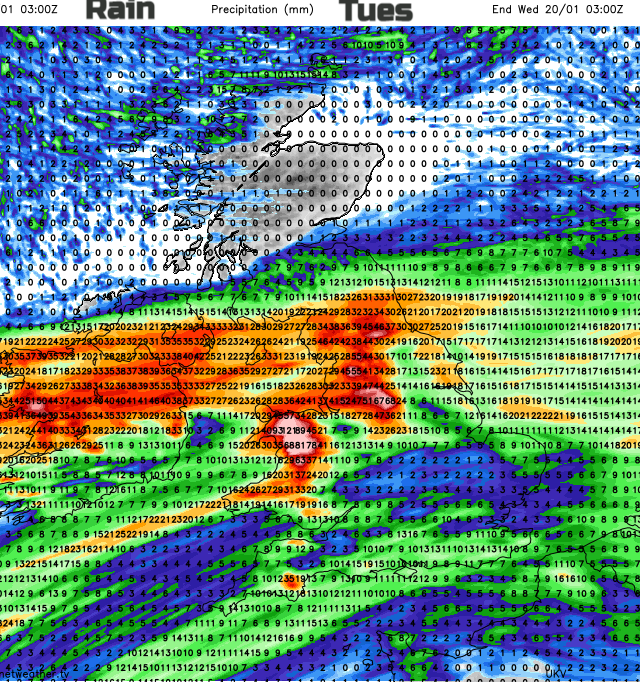 Through Tuesday this west/east band continues to soak NW England, the Pennines into the Peak District where there is an amber rain warning. Also continuing rain for more of Northern England and more of Wales. Also extending into towards the Central Belt of Scotland and affecting NE England.

There will be rain over southern Britain where it will be mild and blustery. To the north of the rain, it will be much colder with snow for the hill tops. 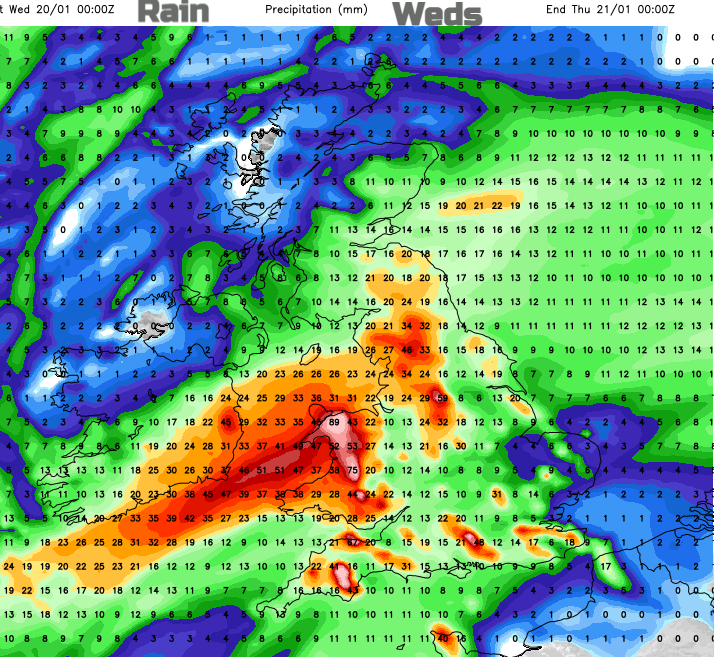 Through Tuesday night the low centre slides in across Britain and the neat north/south divide begins to pivot. By Wednesday morning the heaviest rain has shifted down over Wales also for southern England and the eastern flank nudged up over eastern Scotland and turns wintry. So away from Northern Ireland and then Cumbria.

Over England and Wales, there are signs that line convection develops along the frontal band which will bring sudden heavier rain, poor visibility and gusty winds. By Wednesday evening the rain is edging south-eastwards and there could be sleet and hill snow on the back edge.

So, England and Wales are covered in yellow warnings for heavy rain from the Met Office which also extend into southern Scotland and Northern Ireland. Wales is expected to see the highest rainfall totals, up to 200mm through this event but it is central northern England into the Midlands and Lincolnshire that has the Amber warning for rain. There are already issues on the River Trent.

Met Office weather warnings are impact-based. Their matrix system explains how the colour code is decided upon. How likely is this event and how severe will the impacts be? By the time you get to Very Likely and High impacts, it’s a red warning. These are all defined at length for the various different types of severe weather. The rain warnings are issued in conjunction with the Environment Agencies, it’s not just about the amount of rainfall.

What can you do?
Sign up for your local flood warnings, this will give you information about river, coastal, tidal and groundwater flooding. Surface water flooding is different. It could be that local drains are blocked; you may know of a certain route that always has problems when there is heavy rain, and the ground is already sodden. With several days of rain, the risk of flooding will obviously rise.

Prepare your own property, there will be disruption to travel and issues on the roads with poor conditions for those making essential journeys. The fire service is asking people to not take chances attempting to drive through flood waters. Turn around or even better stay at home. 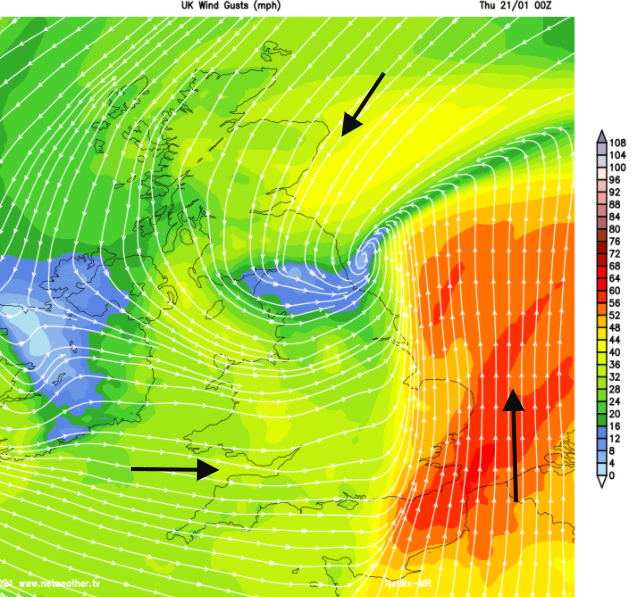 Even though southern Britain will have a mild few days it will be blustery with fresh west then SW winds and gusts over 40mph. Quite a wind coming onto English Channel coasts by Tuesday night particularly for Kent. The winds back to a southerly and strengthen with gusts over 50mph likely by Wednesday night for eastern England and the southeast. 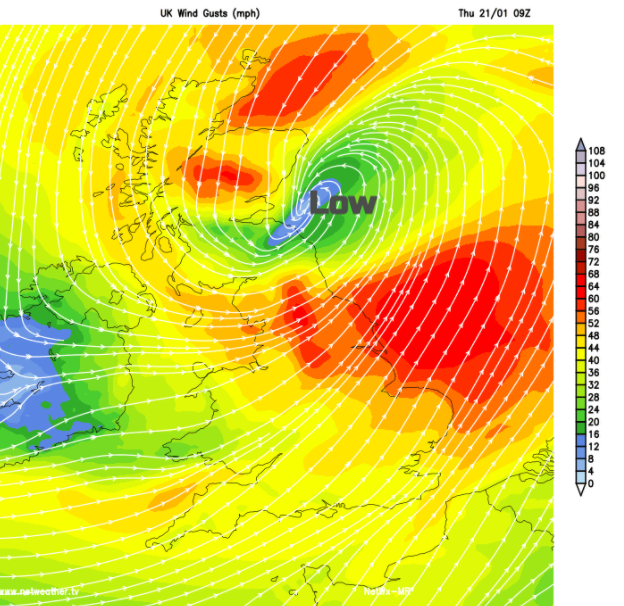 As the second low centre continues to deepen early on Tuesday there will be strong winds from the north for eastern Scotland making it feel cold and around the southern side of the low, strong to gale force SW winds with high gusts. There is a signal for stormy conditions around the low as it moves out over the North Sea on Thursday morning but currently, the deep low looks to have shifted enough away from eastern Britain. However, it will be something to watch. 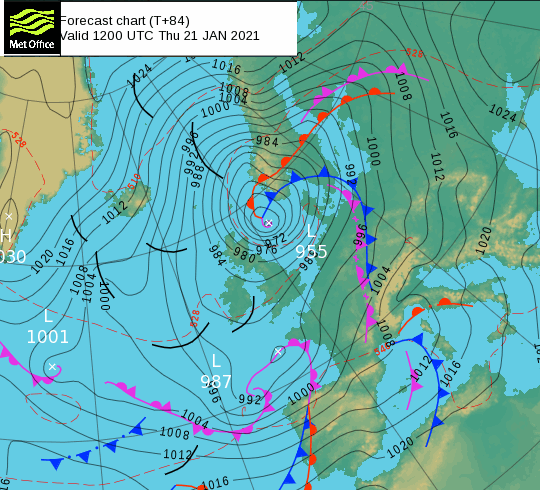 A surface pressure of 955hPa is showing by midday on Thursday, Denmark and southern Norway and Sweden will be watching its development. Quite a low

The rain warning over southern Scotland does mention hill snow. By Tuesday evening the northern edge of this rain band will be turning to snow over the highest peaks of Pennines, southern Uplands and perhaps the hills of Northern Ireland.

By Wednesday morning the frontal band pivoting northwards into eastern Scotland will be turning to sleet and snow. So still for Lothian and into the Scottish Borders then gradually from Fife, Perth, Stirling into Grampian and pushing further west inland during the day. This area of NE Scotland has a yellow warning for Snow and Ice, Wednesday into Thursday morning.

“Snow accumulations of 10-15 cm are possible at low levels, with 30-40 cm possible over the eastern Grampians.” There is some uncertainty here, but it is the main area of concern for snow and will be combined with strong winds, even gales leading to blizzard conditions over the hills.

As the frontal band moves SE away from Wales over England on Wednesday evening, the Peak District, Brecon Beacons, Exmoor and Dartmoor could see snow for a time as the main frontal rain finally clears away and cold air tucks in. 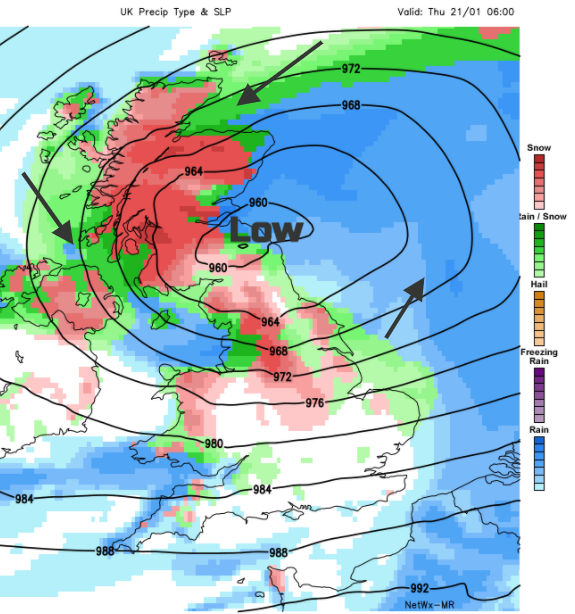 The GFS and ECM models show more snow over Scotland, even NW England and Snowdonia as colder air is pulled around the deep low 2 on the strong winds. This leaves a much more wintry picture for northern Britain, maybe even Northern Ireland by Thursday with widespread ice.

The UKV clears the main frontal precipitation away more quickly on Thursday, leaving clear skies, much colder air but only rain and snow showers.

The end of the week looks much colder across the UK as cold air is drawn down from the north.

There is still some uncertainty in the forecast, as always with snow situations but also from this deepening low for Wednesday night into Thursday. However, overall, there will be an episode of severe weather with heavy rain and flooding at the heart of it and probably additional gales and snowfall.

More discussion on the Storm Christoph thread in the Netweather forum 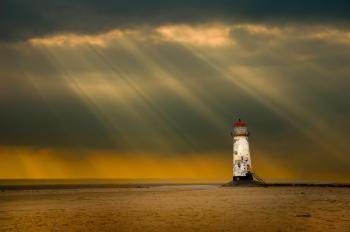 High pressure dominant but less sunny for some into next week