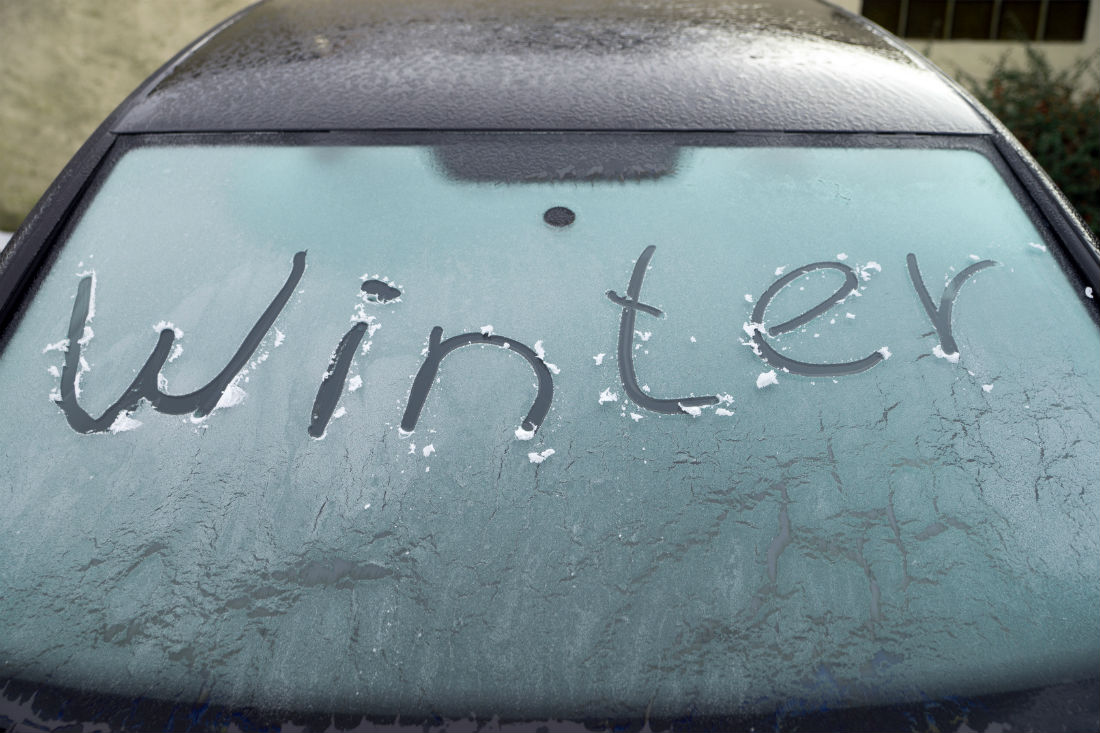 The weather is on the change today with cold air working its way south behind a weak cold front. Colder, unsettled weather will then be sticking around right through into the weekend. With low pressure moving over the top of the UK from tomorrow, there'll be showers of rain, sleet, snow and hail, with some longer spells in the mix as well. Lying snow will mostly be limited to the hills, but some temporary coverings lower down aren't out of the question.

For much of England and Wales, Wednesday has started grey and relatively mild. The front, with some patchy rain on it, will continue southeastward through the day, getting into the southeast during the early part of the evening. Behind it, there'll be a rash of showers following in from the northwest, which will become increasingly wintry as the day wears on, especially up over the high ground. 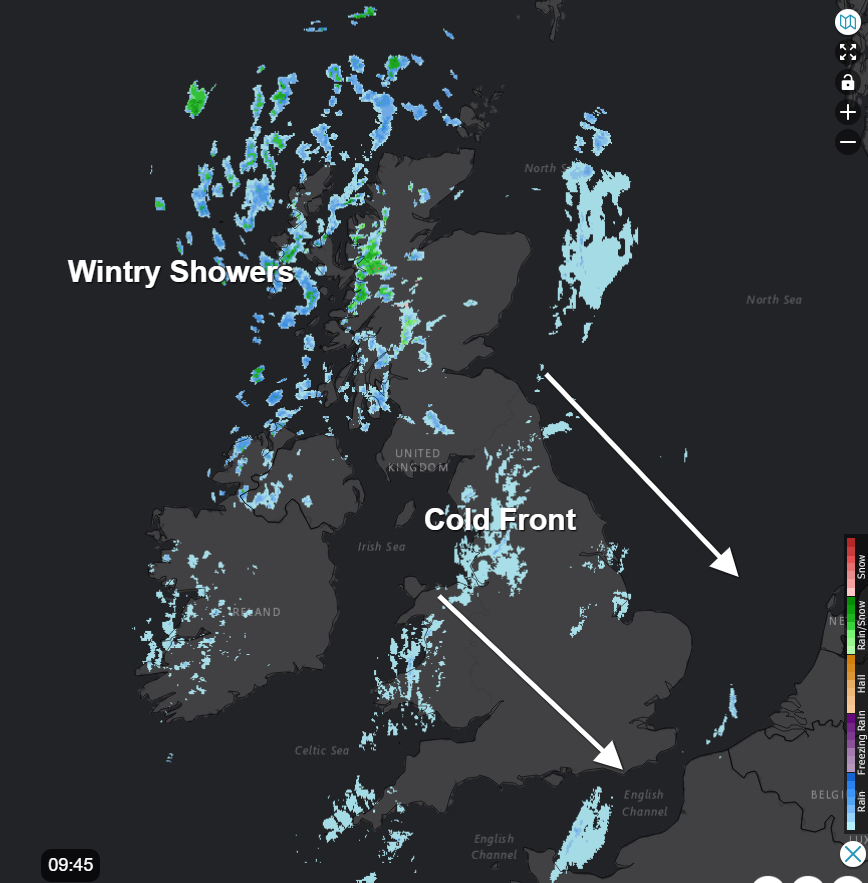 Stay up to date with the live radar here.

Most of them will stay in western and northern parts, but a few are likely to filter further east. The wind will also be more noticeable behind the front, really knocking the edge off of the temperatures, which will be feeling close to zero across much of the northern half of the country at lunchtime today.

This evening, the showers will continue in the west with snow starting to accumulate up over the hills of Scotland, Northern England and Wales. Where skies clear across Scotland and Northern England, it'll be a cold night with a hard frost forming in places. Further south, with more cloud, it'll stay milder. 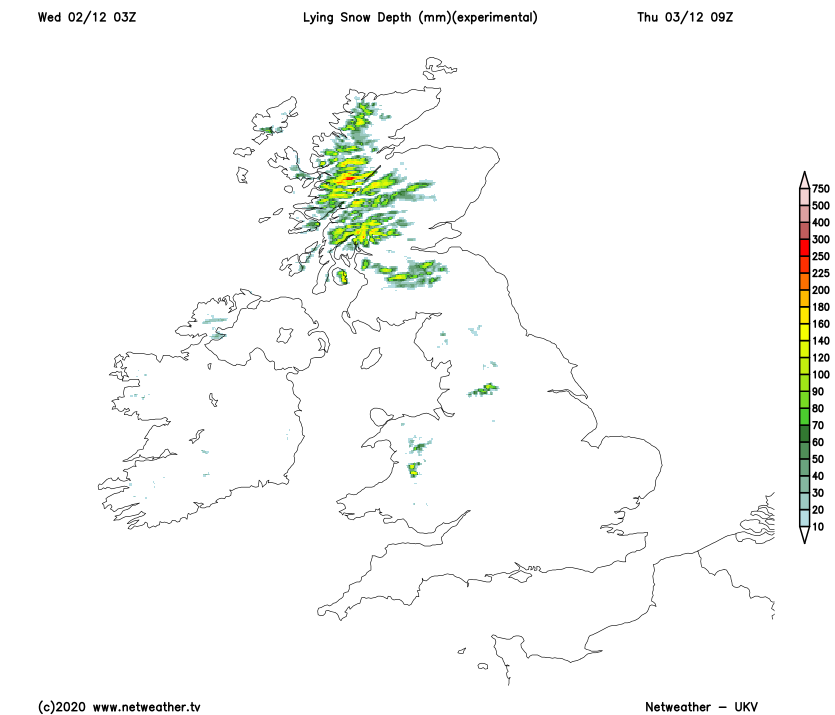 Into Thursday and with low pressure both to the north and south of the UK, it's fair to say it'll be a messy, unsettled kind of day. The showers, which will have started the day most affecting the west and north will quickly spread east through England and Wales. They'll be wintry over the hills in particular, with rain mostly falling lower down, but in the heavier bursts and into the evening some sleetiness or wet snow is possible to lower levels as well.  As the southern low becomes the dominant player during the day, Scotland will see less in the way of showers inland, and with less cloud overhead, temperatures are likely to fall quickly once the sun goes down, with a hard frost and icy patches forming. The same also applies across a good part of the Island of Ireland. 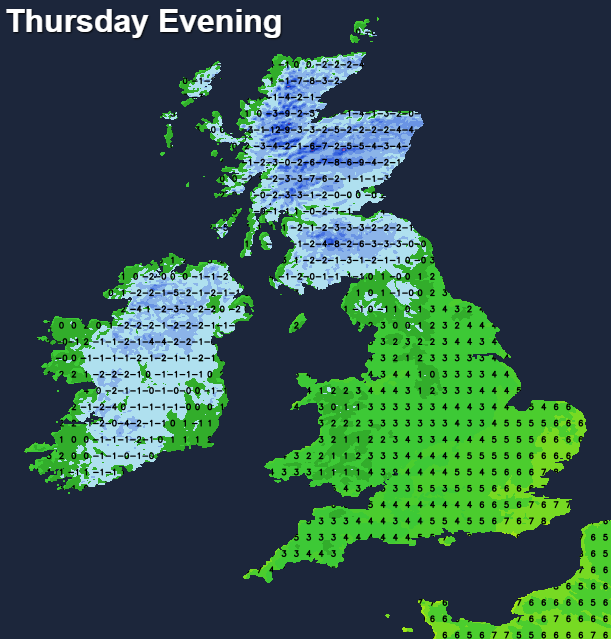 Into the evening and overnight, low pressure moves north into England, with showers or longer spells of rain, sleet and snow wrapping around it. The early hours of Friday could then see some spells of heavy sleet and snow affecting northern England and parts of Scotland in particular, with some sizeable accumulations over the hills, which will be blown about in gusting winds. There is a lot of uncertainty over the details at this stage though.

Looking ahead to the end of the week, and into the weekend. We'll keep low pressure overhead or nearby, so there'll be further spells of showery rain, sleet and snow. With colder air in situ, we'll also see temperatures fall away quickly during clearer spells, with frost and ice forming.