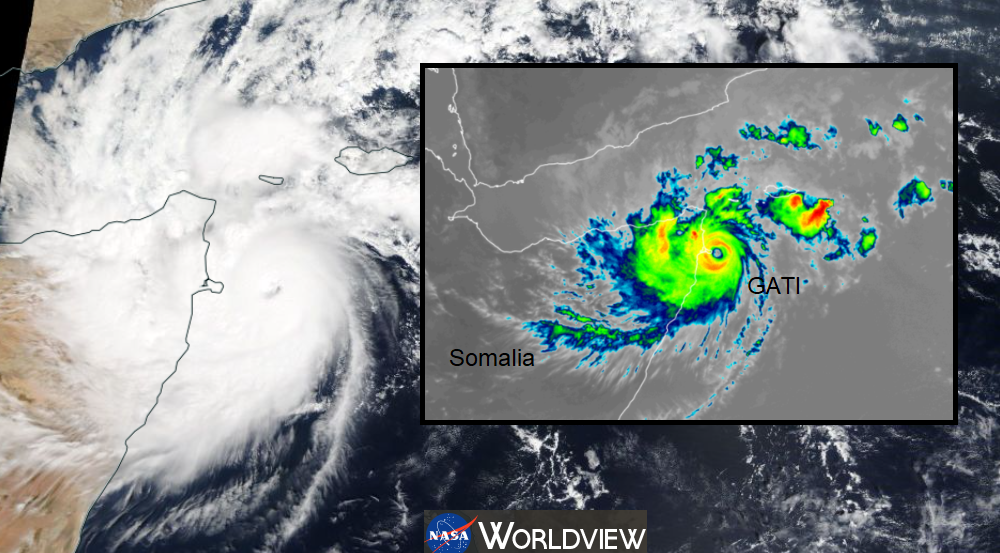 The Atlantic hurricane season has been extremely active with Category 5 Iota the most recent named cyclone as the official season draws to a close there. Across in the North Indian Ocean and Arabian Sea region, Cyclone Gati reached Extremely Cyclonic Storm status (ECS) in late November which equated to a Category 3 hurricane before making landfall over the Horn of Africa at Category 2. This was on November 22nd still as a Very Severe Cyclonic Storm. (VSCS) 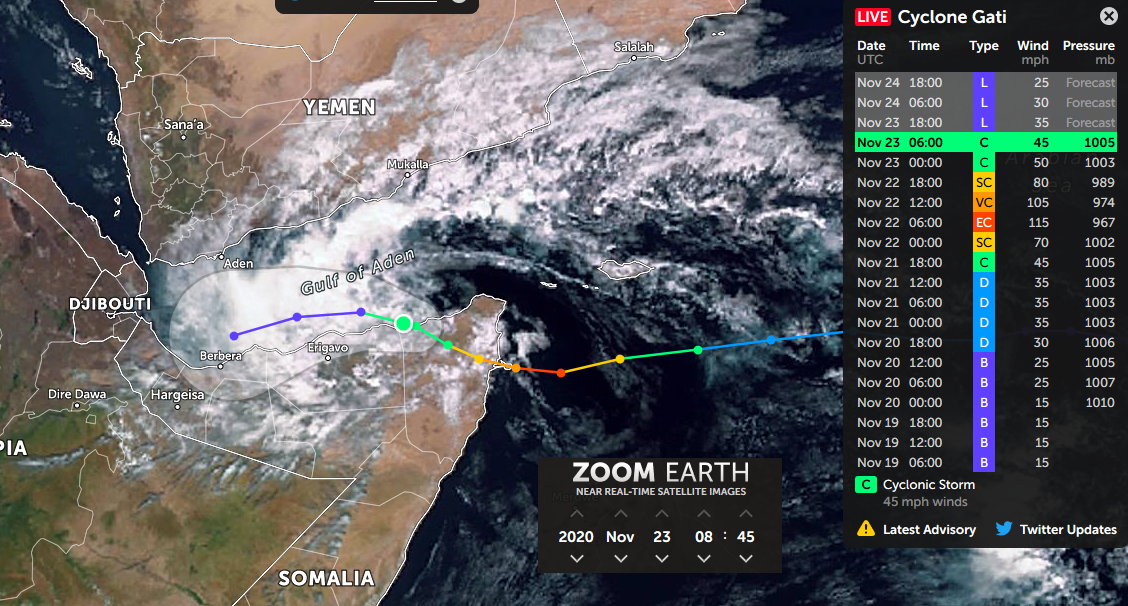 Flooding and storm surge cause the most destruction as landslides occur with flash flooding. Strong winds and the torrential rainfall also cause damage to crops, livestock, housing, infrastructure such as roads and also to communication networks. Livelihoods are impacted with farmers and fisherfolk particularly vulnerable. The hit to meat and milk production is terrible too. There are reports that ocean waves are continuing to batter the coastal areas forcing villagers to flee to higher grounds.

“Authorities in Bari region estimate that 42,000 people have been displaced and 3,800 shelters destroyed or damaged, while 4,500 families have reportedly lost livelihoods and income. “ ReliefWeb  “Heavy rains surpassing expected annual total amounts were reported in some areas, over 100mm in a single day. “ 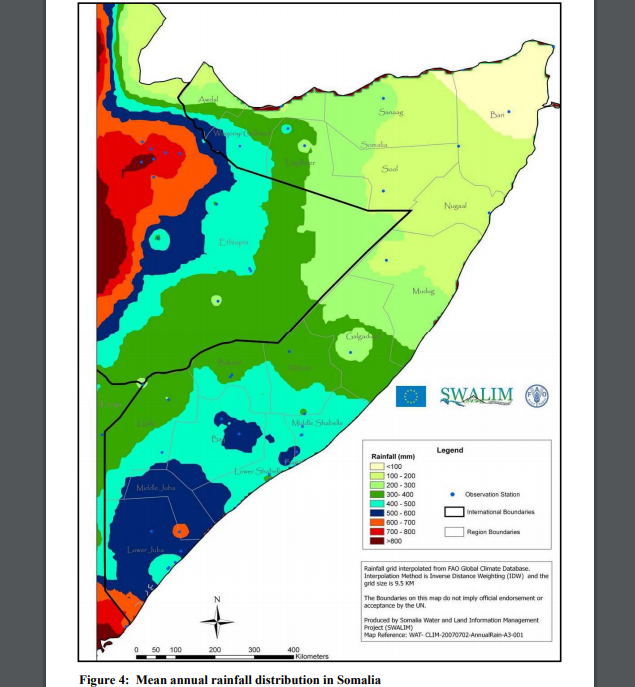 It is unusual but not unheard of for cyclones to hit Somalia. Gati was a rapidly intensifying storm which caused the WMO to comment “there is no historical record of a hurricane-strength system making landfall in Somalia.”

Occasionally cyclones hit Yemen or Oman further north and this part of the Arabian Sea is under Regional Specialised Meteorological Centre Delhi for cyclone monitoring and naming. As Gati managed the largest 12-hour increase in wind speed on record for a tropical cyclone in the Indian Ocean, RSMC Delhi struggled to keep pace.

Warm waters, low wind shear and plenty of moisture enabled the powerful cyclone to form and adds another notch on the “not seen before” list. Comparable meteorological records do only date back to the 1960s in the region and the satellite era. 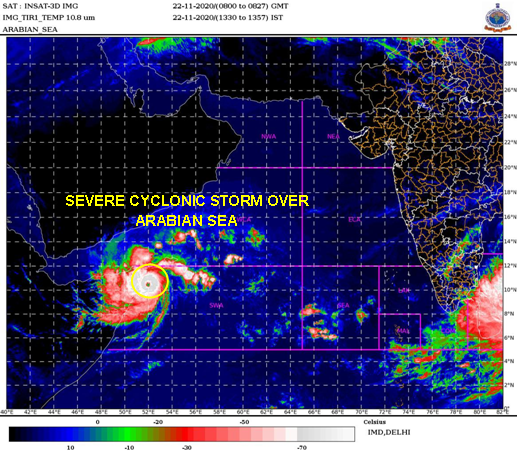 Just as hurricane Iota hitting Nicaragua barely two weeks after hurricane Eta, to a region of poverty hardship and of course COVID-19, Gati added to existing flood problems in a country of various hardships  (even with recent economic successes) such as 2019 flooding and devastating locust plague. The NE region see a high proportion of nomadic peoples. With the ongoing global pandemic, the usual incoming aid is still needed regardless of the effects of Covid.

Local media had already been reporting about widespread flooding in the wet season. October and November are one of the wet times with north and NE Somalia receiving 50 to 150mm of rain in a year from showers or localised torrential downpours.

The 2020 rains, before Gati, have had severe impacts on travel due to flooding further south in the country. This has led to food shortages or rising food costs as transportation is so restricted. As flooding becomes a continuing problem the government are being called upon to incorporate the risk of severe weather. “Any redesign of the road should factor in the impact of climate change on the infrastructure” 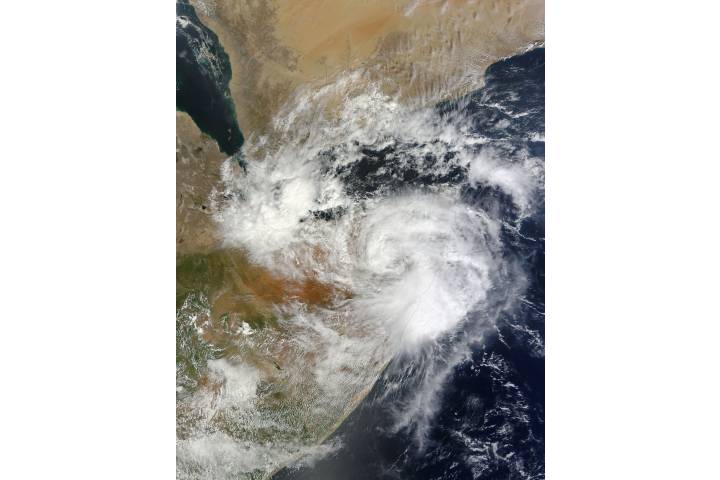 Cyclone 3A (above) over Puntland November 2013 - flash flooding and more than 100 dead. Again, amounts of rainfall over the entire usual annual total and the destruction of homes and livestock. There was flash flooding, mudslides, buildings destroyed, fishing boats sank. Water wells were damaged, and this led to the risk of contaminated water supplies even once the storm had passed.

Cyclone Megh (below) November 2015 – just passed northern tip of Somalia, devastated the island of Socotra. Equivalent to a Cat.1 cyclone when it made landfall in Yemen. It had been a Cat 3. out at sea and was only a week after Cyclone Chapala, which reached category 4 status. 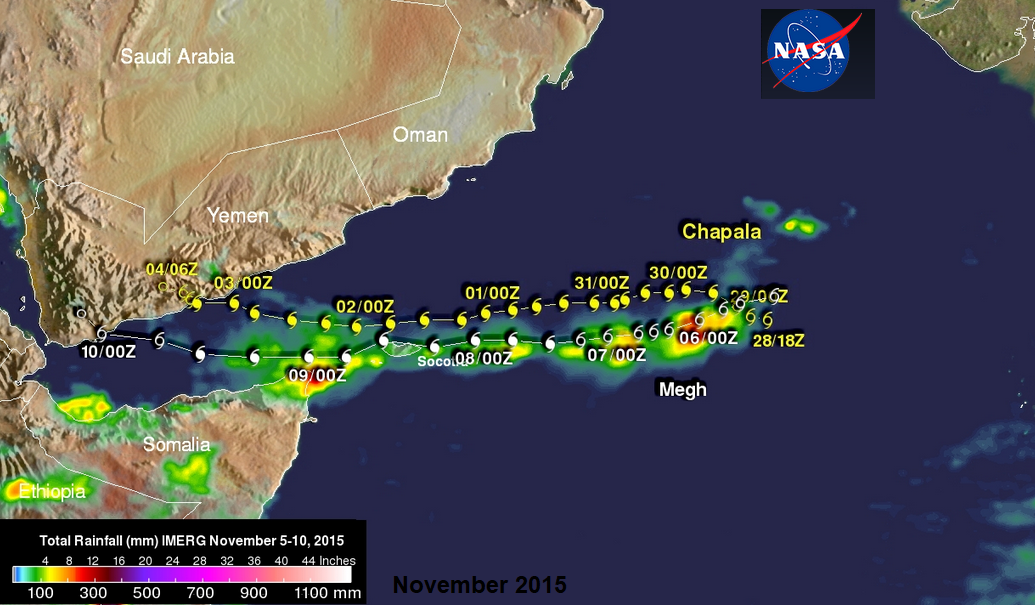 Cyclone Sagar May 2018 - one of the first tropical storm systems to cross the entire Gulf of Aden. Reaching near to Djibouti which is almost unheard of. Since the start of satellite imagery in the mid-1960s, only two tropical cyclones have been observed to move into the western Gulf of Aden (which includes Megh). Sagar brought winds of 60mph which made it the strongest landfalling Tropical Storm, until Gati arrived in 2020. Again, there was damage, people died and widespread effects from flash flooding.

“As livestock and agriculture form the basis of the Somali population’s livelihoods, the country is highly vulnerable to the current and future impacts of climate change. This vulnerability is further compounded by the fact that the country is coastal, low-lying, poor and disrupted by war. These climatic changes are likely to increase in both frequency and severity. Somalia’s environmental problems include deforestation, overgrazing, soil erosion and desertification” UNDP

The addition of any or even more powerful cyclones is grim indeed.