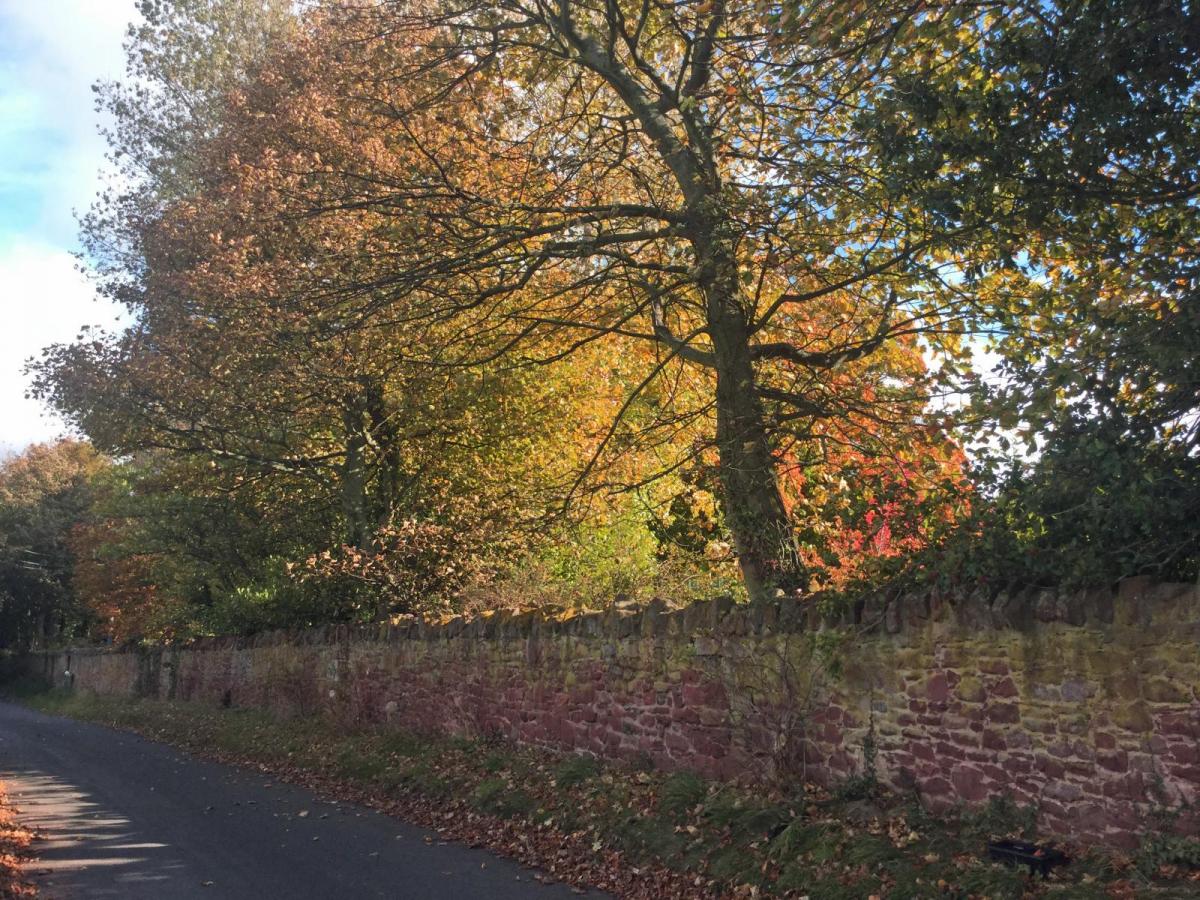 Rain for Wednesday night then a fine but colder weekend

The weather in the UK is edging towards something more settled ready for the weekend, although it will turn colder and there is a spell of heavy rain for tonight.
In Mexico, the Yucatan peninsula including Cancun is awaiting Hurricane Delta this morning. Delta is the fastest storm to intensify from a tropical depression to a category 4 hurricane in modern Atlantic records. After hitting Mexico it is then forecast to move across the Gulf of Mexico to Louisiana, USA late Friday, still as a major hurricane. 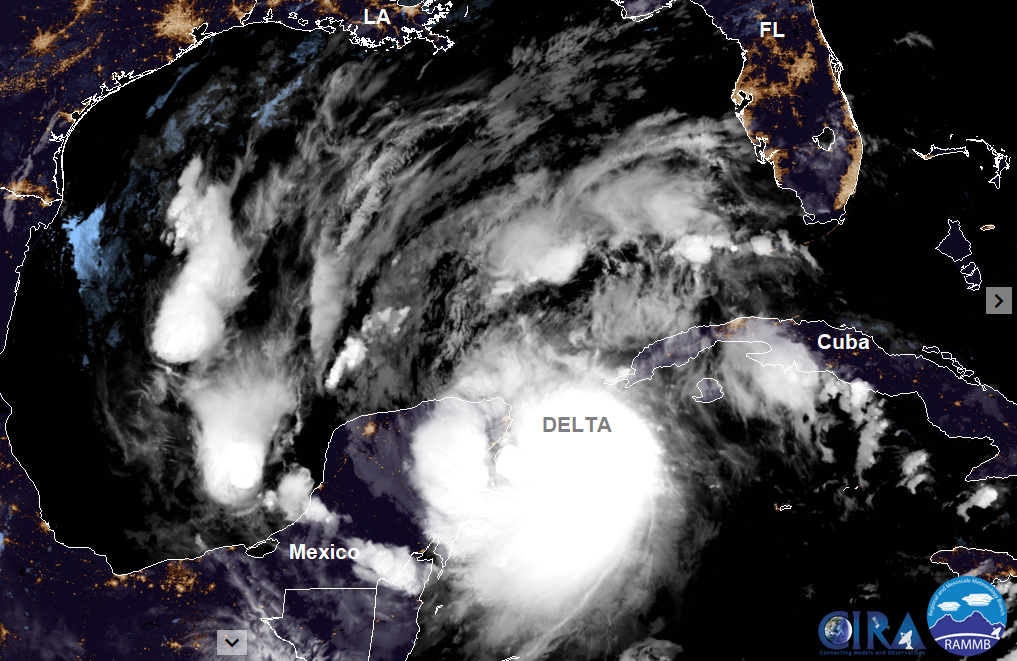 Here in the UK with an ongoing theme of bright or sunny spells and a scattering of showers from the northwest, there will be an interruption from a low pressure bringing rain later today and overnight with warm air to the south. This clears SE Britain on Thursday morning. Then another smaller low for Thursday night further north initially making Friday more unsettled. The nights turn colder with frost looking likely in the north. 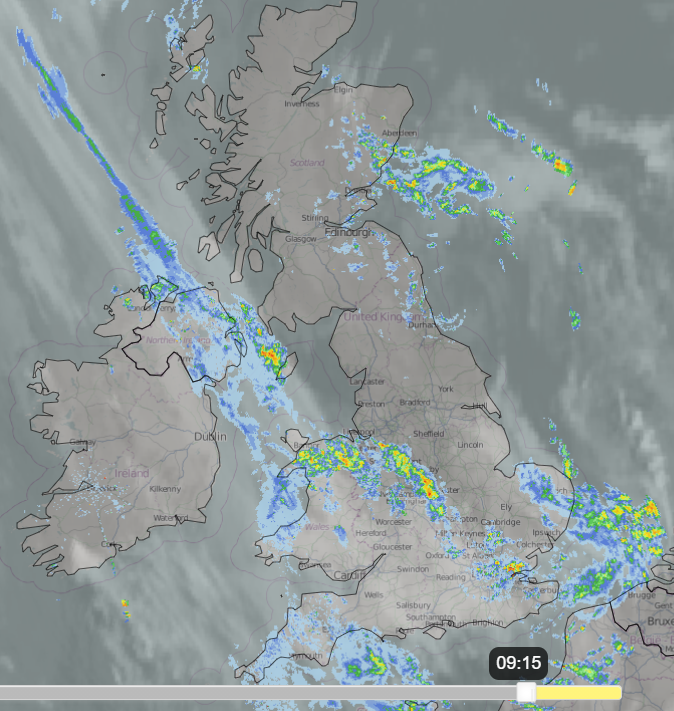 The low pressure which has been over the UK for days bringing a lot of unsettled weather is finally shifting itself, moving NE over Norway. There will a brisk westerly for north and east Britain today, also through the Irish Sea this morning and a fresh NW wind for the Western Isles. The winds ease down for a time this afternoon, more areas joining Northern Ireland and SW Britain with a light westerly breeze. Clusters of showers continue for NW Scotland with a scattering reaching further inland for northern Britain but overall, it will be a fine, bright day with sunshine. Devon and Cornwall will see a few showery bursts then more cloud and light rain by teatime as the low pressure moves in. Rain will also reach Fermanagh, Armagh and Down this evening. 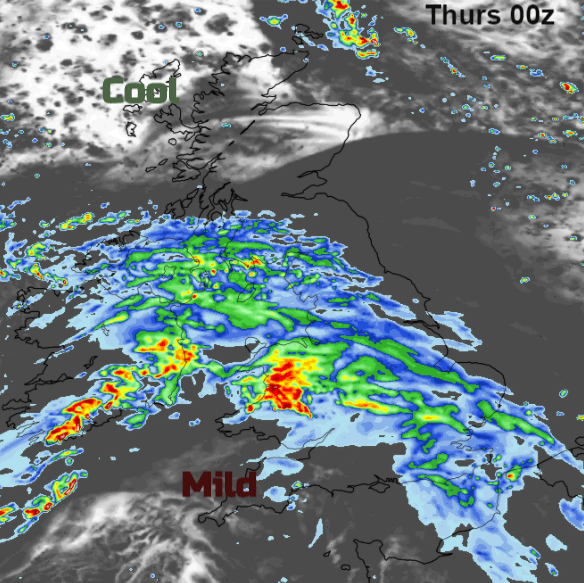 During this evening and overnight the frontal rain is forecast to move over Ireland and Northern Ireland, much of England, skirting the far south of Scotland with heavy rain for Wales. The cold front will be over Wales, the peak District and SW England ready for Thursday morning with more heavy rain, colder air to the north and mild but blustery conditions to the south. There could be timing differences for the clearance of the rain southwards as this low has yet to develop. So, it could result in a soaking for the school run or for those who do have a commute. The fresh SW winds veer to a cooler north-westerly behind the front. Showers pack in for Northern Ireland and there will be frost and even fog under the clear skies for northern Scotland. Ahead of the frontal boundary, there will be warmth with temperatures reaching 18 or 19C by midday for Greater London but it turns colder later. There could be wintry showers for the Scottish Highlands in the afternoon

Thursday evening turns clear and cold with light winds before a small low nips in and brings a narrow swathe of rain and blustery winds across the UK. Northern Ireland then southern Scotland look prone at the moment before the cold front moves quickly SE over Wales and England during Friday. Early rain linking back from tonight’s low could wave over the Channel Islands early on Friday too.

So, a cold start for Saturday in a north to NW wind with showers still affecting north and western coasts. That wind remains nippy with weekend temperatures subdued but there will be a lot of fine weather about with autumn sunshine.