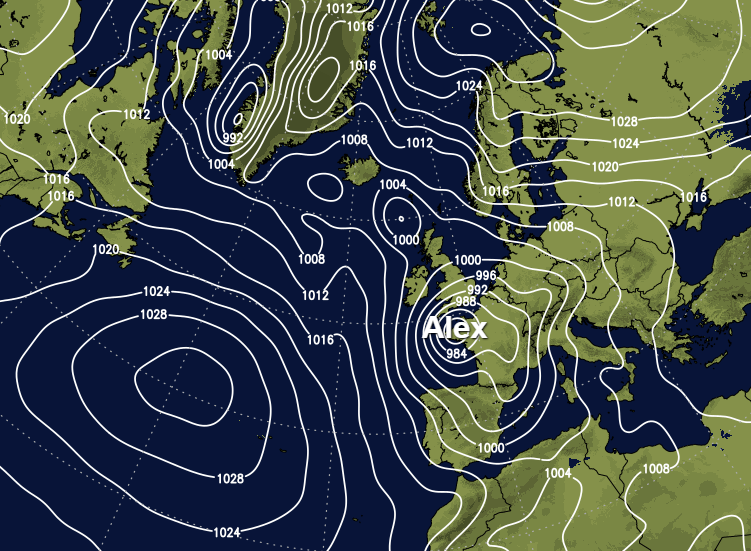 The main event of this week’s forecast has always been low pressure for Friday into the weekend. Deepening over northern France early Friday and spinning up over the UK for Saturday.

Now Meteo France has named the low Alex, so #TempeteAlex or #StormAlex. You may have been expecting Storm Aiden, well that is not for this week whatever you may have seen elsewhere. It all depends on who is Europe names first.

For the UK we’ve seen some midweek rain and blustery winds which will clear away over the North Sea early on Thursday. This leaves a bright, cool day with a lot of fair weather but clusters of showers, particularly for SW Britain. By Thursday night the first low centre of interest will reach the Brest peninsula, NW France with gusts over 85mph being warned about and torrential rain for Brittany. During Friday it deepens further and rotates to the north coast and the English Channel.

The UK Met Office already has a yellow Wind and Rain warning for the far south and SW of England yet there will be brisk E or NE winds developing for more of England and Wales on Friday. Other low centres begin to appear which is adding to the uncertainty for the weekend forecast. However, it will be unsettled, not warm. There will be bands of heavy rain swinging east to west and strong north or easterly winds with gales. Sunday will be showery but not as bad. 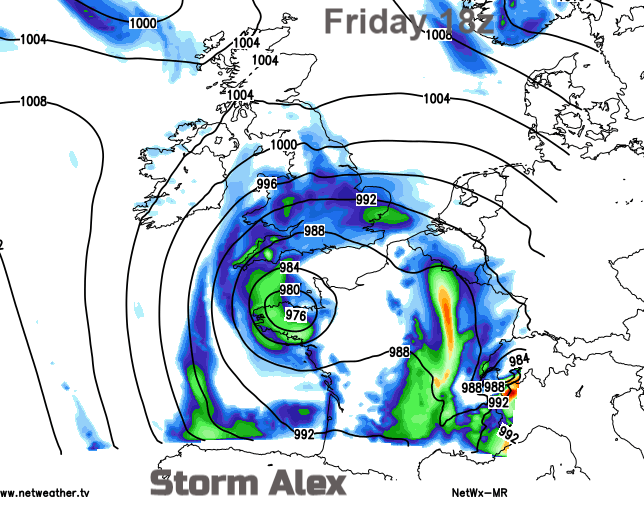 So why is it not called Storm Aiden?
The first name on the 2020/21 storm name list is Storm Aiden but this is from the western group of European Storm namers. This includes Met Eireann (Ireland) Met Office (UK) and KNMI (Netherlands). However there are other groups, a northern one with Scandinavian countries and a SW group with AEMET (Spain) IPMA (Portugal) Meteo France and RMI (Belgium). As the low will bring severe weather to France starting Thursday night, this time it has been Meteo France who got in first and did the naming. 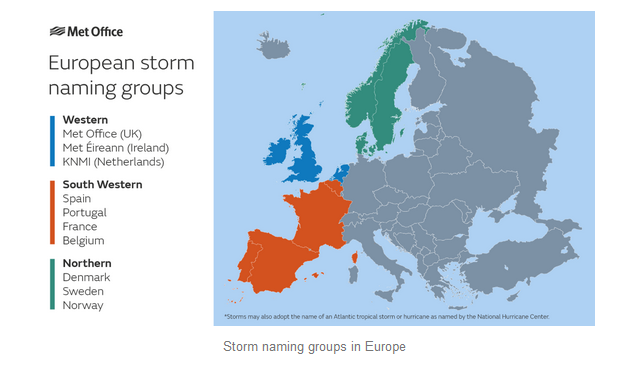 The path of storm naming never runs smoothly. Last season there was Elsa named by IPMA and Jorge named by AEMET which brought severe weather to the UK, also ex-Hurricane Lorenzo which reached our shores a year ago. Added to that the newspapers who take it upon themselves to name any bit of bad weather and so confuse everyone and the severe weather messages with their incorrect or early naming.

A storm name is to identify a severe weather event and collect all the key messages together, raising awareness with the public so that they can prepare, maybe adjust plans and ultimately protect their property and even lives.

Friday morning heavy rain over southwest England and southern Counties of England with increasingly strong and gusty east winds through the English Channel. Could affect ferry crossings including the Isle of Wight. 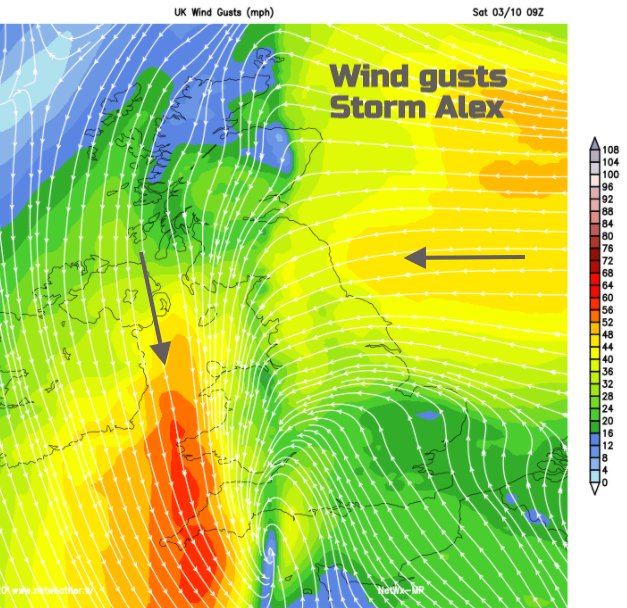 These gales and gusts will be from the east and north, more unusual with the prevailing SW winds. The current forecast shows an easterly driving off the North Sea a band of heavy rain north-south over Britain and a northerly for Ireland with gales for SW Britain. There will be breaks, lulls in the wind and rain over SE Britain and the Midlands during Saturday but overall for the weekend it will be unsettled and very windy and/or wet for some parts of the UK.