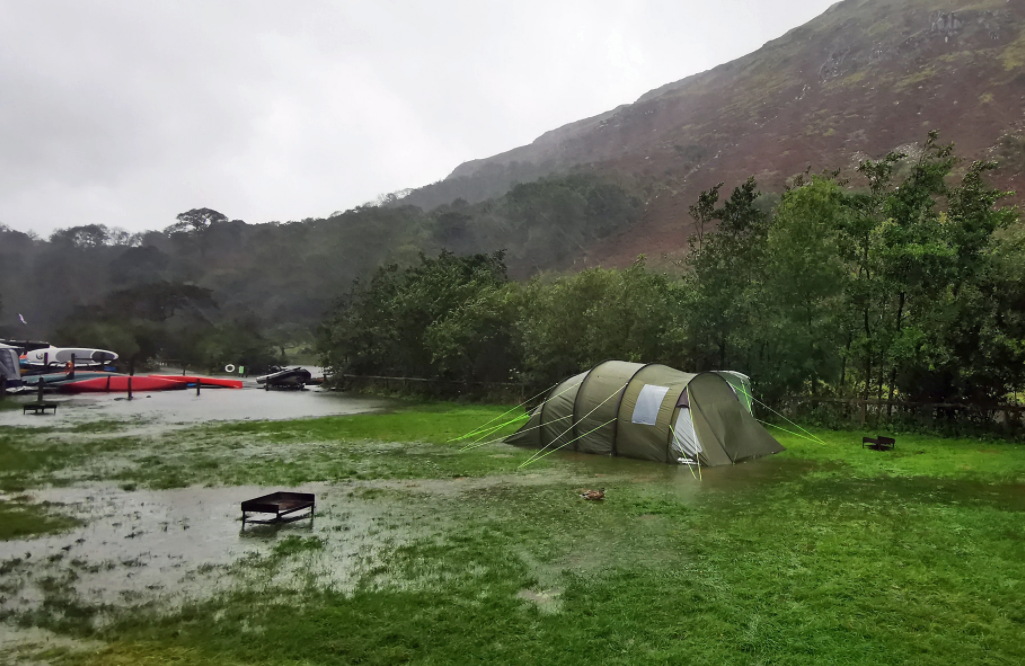 Storm Francis - Amber warning with gusts over 70mph and flooding

Storm Francis Tuesday 25th August. The sixth named storm of the 2019/20 season, this wind and rain storm was named by the UK Met Office and moved over the UK later August 2020. The amount of rain resulted in sodden ground, heightened river levels and surface water flooding as the strong, gusty winds blew down numerous trees and caused disruption to transport and power supplies. Anyone who had a beach day planned could have been greeted by huge waves and gale-force winds. 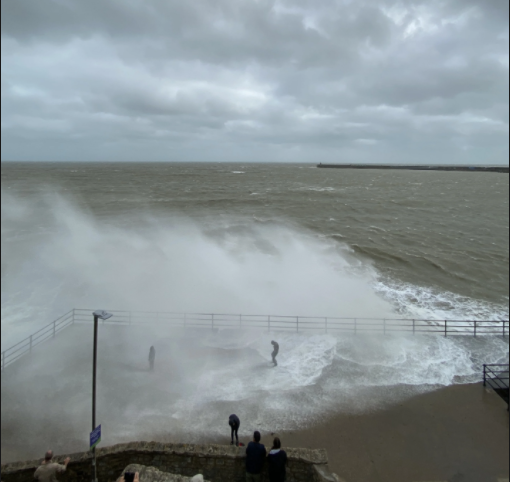 Met Eireann had issued orange warnings for rain during Monday night into Tuesday, a very soggy day. There were also yellow wind warnings. The UK Met Office issued yellow rain warnings for Northern Ireland and southern and east coast Scotland with medium impacts from the heavy and persistent rain. There was also a rain warning for Wales into northern England and a widespread yellow wind warning for Wales and much of England. An Amber warning for very strong winds was issued later for Tuesday afternoon and evening as trees continued to fall.

Gusts of wind of 50 to 65 mph were recorded with Wales seeing over 70mph for more exposed sites. Although the wind speeds weren’t extreme, unlike Storm Ellen the week before, this was another unseasonal event. With people on holiday or planning days out, the trees in full leaf, this spell of unusual August weather attracted a name to help highlight the upcoming severe weather. Campsites were particularly badly hit with streams appearing and tents were blown down, fallen trees disrupted rail services in Wales and power supplies were interrupted in north Wales and Scotland. Campers in Carmarthenshire had to be rescued when floodwaters rose suddenly and also in Pembrokeshire.

The air pressure in the Irish Sea was recorded at 980hPa by two stations mid-afternoon as the low continued to creep eastwards. Around the low, there were fresh easterly winds over Scotland, north-easterly into Northern Ireland and strong SW winds giving the high gusts with large waves crashing onto the coasts of Wales and SW England along the English Channel and veering to a westerly later in the day. 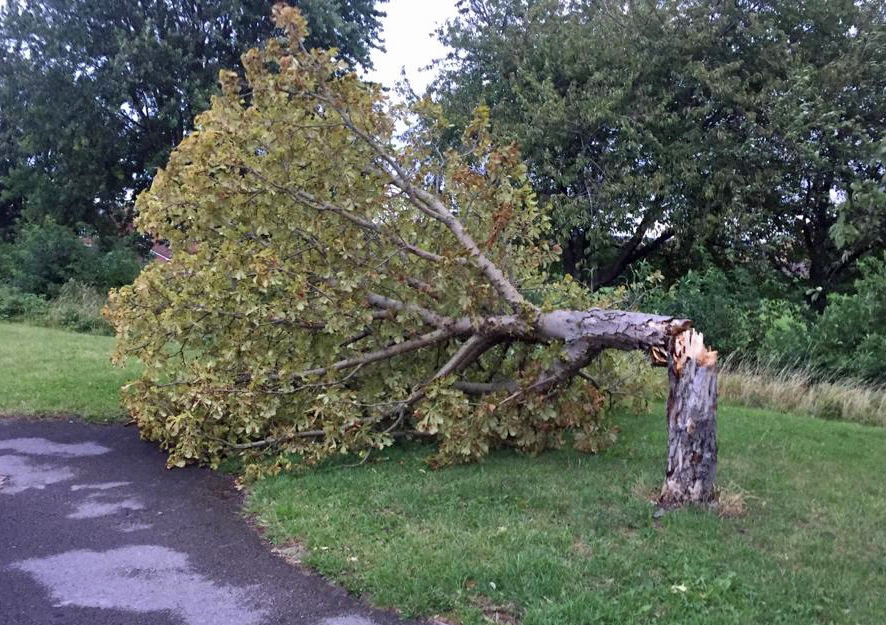 Flood alerts and warnings appeared with flooding for Newcastle, Co Down, debris on the Isle of Man causing issues on the roads. There were a large number of fallen trees blocking roads and unsafe fences or barriers being battered by the winds. 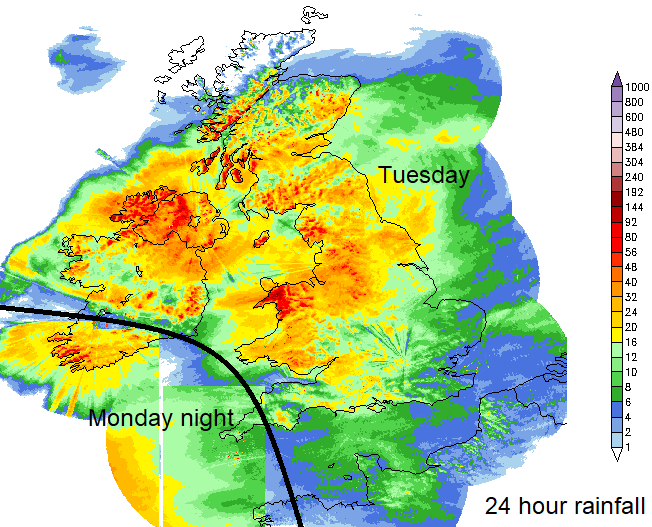 Lake Vyrnwy saw a gust of 74mph, the highest recorded on land and rainfall of 68.4mm. Lough Fea, Northern Ireland 57mm and Rochdale 49.6mm in 24 hours. The rainfall totals from 00:00 Tuesday to 06:00 Wednesday from various official rain gauges are shown below.  So after a deep Atlantic low bringing 2 to 4" of rain, widespread gusty winds and looking at all the fallen trees, this was certainly an unusual summertime event. 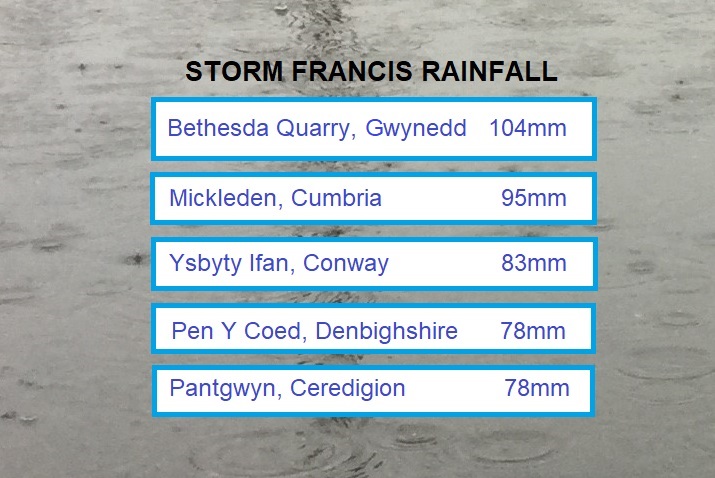 It’s not over yet. There will be a marked improvement in the weather away from North Sea coasts where it will still be very windy on Wednesday morning as the storm heads off to Denmark.

Another cold weekend before temperatures begin to recover next week