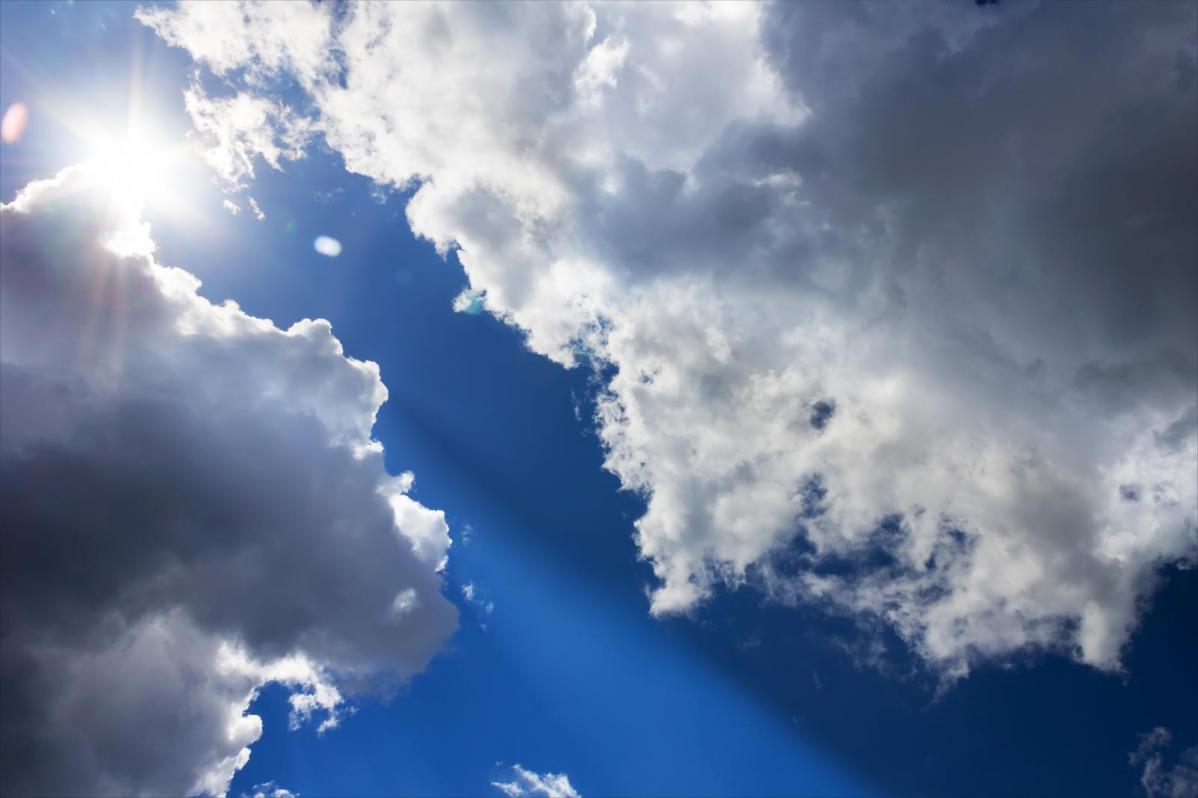 Sunshine and warmth as the cloud starts to break

After a murky, drizzly day on Wednesday, the sun will break through more widely today. Not everyone will see it - some western and particularly northwestern regions, along with parts of southeast England will struggle to get rid of the cloud, but where it does break through, temperatures will respond, and it will feel a bit more like summer again.

It'll be areas to the east of high ground which see the cloud breaking first before other parts of the country get involved during the afternoon. In those sunnier spots, temperatures will shoot up, tipping into the mid-twenties for some, but low-twenties more widely. If you keep the cloud, then the mid-high teens will be your peak. Rain-wise, there'll be some bits and pieces of drizzle clearing eastern coastal counties during the morning, and the northwest of Scotland will see some patchy outbreaks coming and going through the day, but otherwise it'll be a dry picture.

More cloud and patchy rain will push into Scotland from the northwest this evening and overnight, and western counties elsewhere may see cloud head inland. Other areas will see clearer skies though, so potentially some excellent opportunities to view Comet Neowise as it moves overhead. It's a one in a 7000-year event, so well worth a look during while the chance is there and it's close-by during the next week or so.

Into Friday, the band of patchy rain and cloud will continue to clear through Scotland, making its way into Northern England and across Ireland. Either side of that will be plenty more sunshine though, it'll be fresher to the north with a few showers moving into the northwest of Scotland. To the south, it'll be much warmer, with central, southern and eastern England seeing temperatures rise into the mid-high twenties. 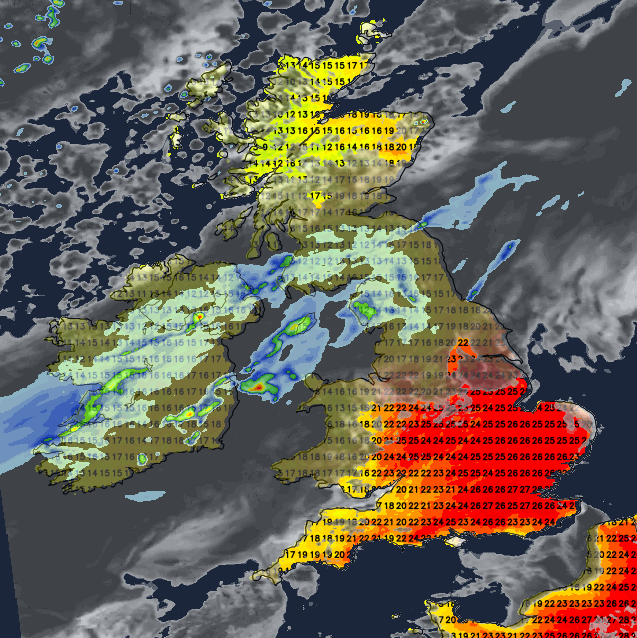 Pollen and UV levels will both be high during the coming days (today included), something to bear in mind if you're out and about. You can check your local pollen and UV here.

The weekend will see the front bringing the rain and cloud slowly continue to journey southeast. During Saturday it'll clear from Northern England and push down into Wales, the Midlands and later on, the southwest. The rain on it will mostly be patchy by this point, but there'll still be some heavier bursts at times. The southeast corner will keep the very warm air, and sunny spells - although the cloud will encroach from the northwest through the day. Temperatures will again rise into the mid-twenties here. The air will be fresher and cooler to the north of the band of rain and cloud though, with maxes into the teens, there'll be sunny spells to be had though, with a scattering of showers moving in from the northwest. 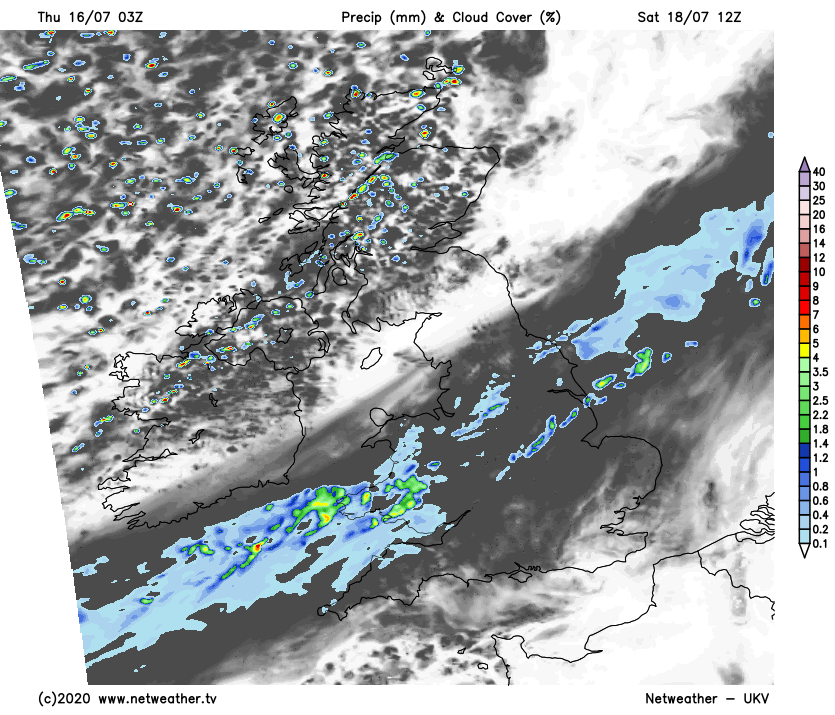 Overnight and into the start of Sunday, the band of, by this point, very patchy rain will move down into the southeast, likely clearing all but the far south by morning. That'll leave much of the country in a similar boat with sunny spells, some showers in the north and particularly northwest and a lower risk of some in eastern and southeastern parts. Southern, central and eastern England will see temperatures into the low-twenties, elsewhere the mid-high teens will be more like it.