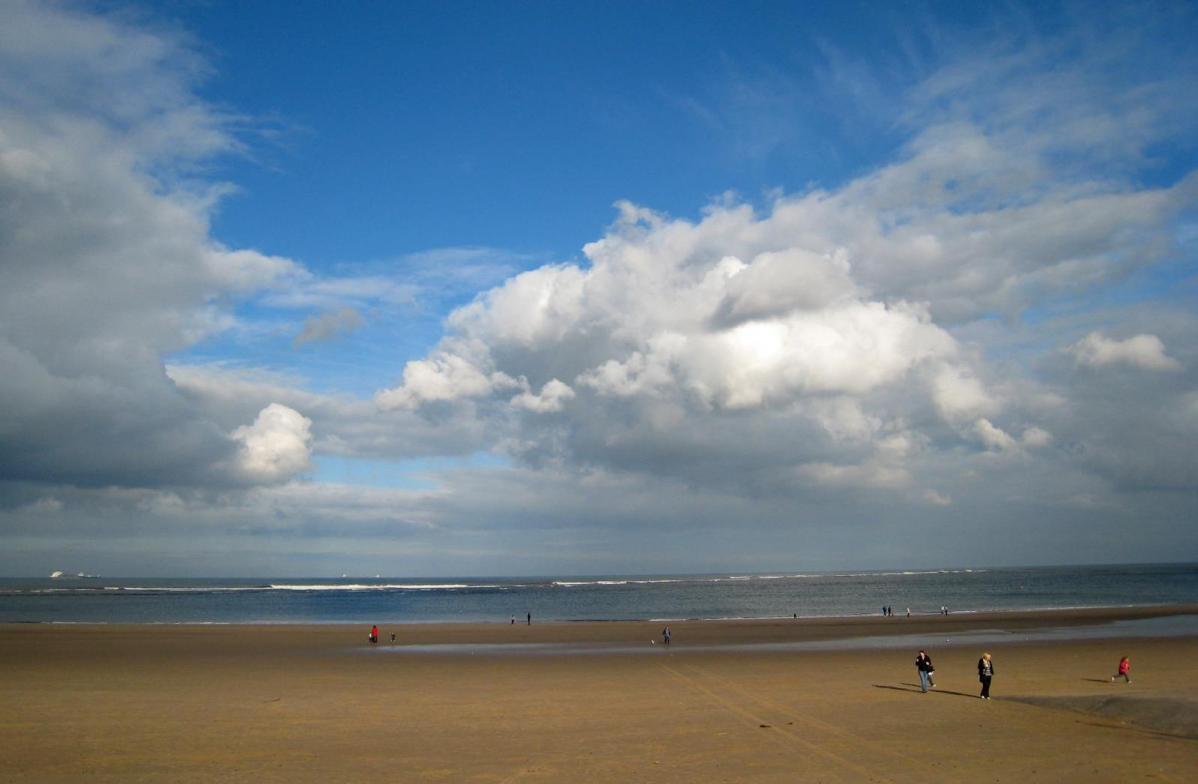 It’s been a cool week for early July, with sunshine in short-supply and rain at times across many areas, thanks to low pressure close by. However, as we head into the weekend, high pressure will build in from the west, bringing largely dry and settled conditions with sunny spells, while temperatures will creep up too. But as we head into next week, it looks like we’re back to where we were this week, with cloudier skies and some patchy rain or drizzle spreading back from the west. Though later in the week, we may see high pressure return across the south, bringing drier and sunnier conditions.

For now, Friday will a risk of showers, mostly across northern and eastern areas, while southern and western areas see drier conditions with sunny spells developing.

Cloudy skies with showers from the word go across northern and eastern Scotland along with parts of eastern England. A sunnier and drier picture for breakfast time across much of the west away from NW Scotland, north Wales and NW England – where there’s more in the way of cloud and a few showers. A similar story for much of today, Scotland, northeast and eastern England seeing cloudy skies and scattered showers spreading south, some of the showers on the heavy side across eastern England. Much of southern England, Midlands, Wales, NW England and N. Ireland bright or sunny with just the odd isolated shower. 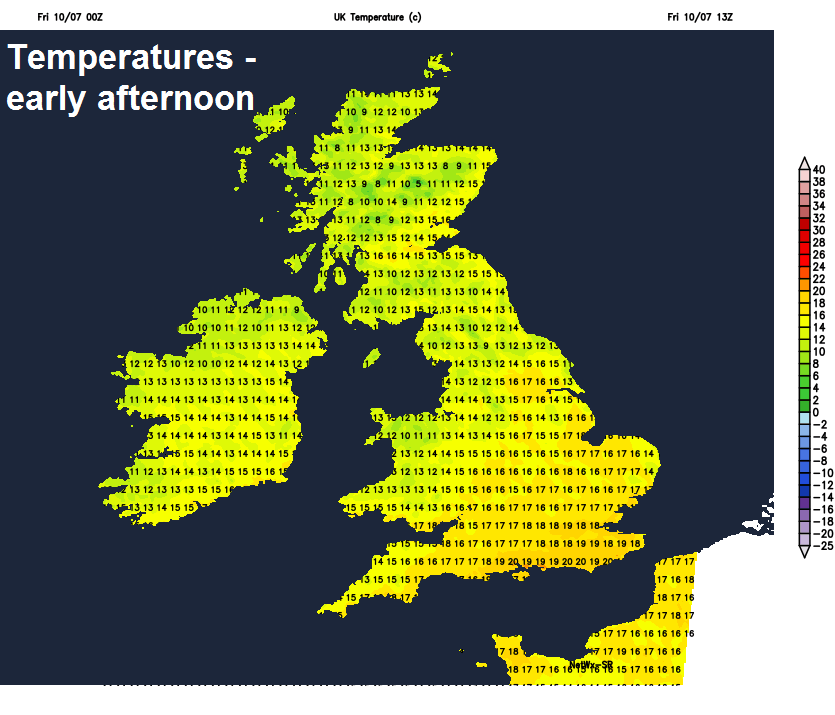 As high pressure builds in from the west tonight, showers will fade this evening across most areas with lengthy clear spells developing, a few showers continuing in the far north. A rather cool night, with temperatures falling into single figures in rural areas.

Most places will be dry with sunny spells on Saturday, though cloud will build through the morning, thick enough to bring a few showers across western Scotland, N. Ireland and NW England, cloud tending to break to sunnier conditions from the west by evening. Although high pressure will build in from the west, flow still coming round the high off the Atlantic, so temperatures will hardly be soaring, but it will feel pleasant in the sunshine nonetheless, highs of 17-19C in the north, 18-21C in the south.

Sunday looking a better day for sunshine and warmth across most of England and Wales as high pressure builds in, with some lengthy spells of sunshine across central and southern areas. A bright or sunny morning across Scotland, before thickening cloud and rain arrives across the west of Scotland and N. Ireland in the afternoon, eastern Scotland probably staying dry and perhaps bright until evening. Temperatures reaching 17-20C in the north, 20-24C in the south.

Monday should be dry and bright or sunny across southern and eastern England, though cloud tending to increase from the west through the day. Wales, northern England, N. Ireland and Scotland seeing thickening cloud and outbreaks of rain spreading in from the west at times. Quite warm in the southeast, perhaps 25C in any sunshine, elsewhere temperatures reaching 18-20C.

A cloudy day looking likely across many areas on Tuesday, with a moist flow off the Atlantic, with patchy rain or drizzle affecting many parts. Wednesday may see sunshine and showers, before high pressure perhaps returns from the west for Thursday and Friday – bringing drier, sunnier and more settled conditions to the south, though northern areas may still be prone to Atlantic fronts, bringing cloudier skies and rain at times.