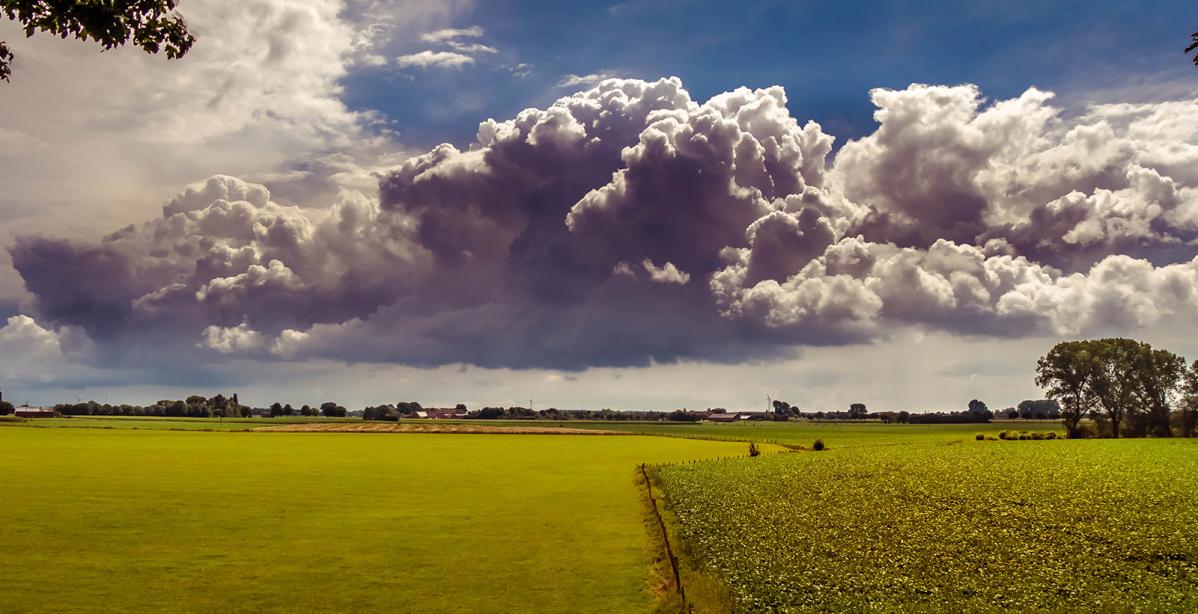 Thanks to the situation we all find ourselves in, it's not going to be your typical Easter weekend anyway, and true to form the weather isn't exactly going to play ball either. The run-up to the weekend will bring a lot of fine warm weather, but showers are likely to become more widespread on Saturday and Sunday, before hopefully easing down into Easter Monday.

The reason for the upcoming change is that the high pressure currently over the UK is going to be squeezed away East from Friday, allowing low pressure to exert its influence for a time. It's looking like a temporary blip though, with high pressure likely to slide back across the country from the northwest during Monday.

Today, for the bulk of the UK, there'll be sunny spells, but we do have one or two complications. The main one to start the day is some rain in the north and northwest of Scotland, thanks to a weather front. That'll be moving slowly southeast through the day, weakening and becoming more patchy as it does so, reaching central Scotland by evening, and allowing the sun to break through to the north of it. For England and Wales, there is some cloud drifting about, especially in central and southern regions but all the same, there'll be plenty of sunshine to be had. There is just the risk of a few showers developing in southern England during the day though, some models are more excitable than others about the prospect, and it is a low risk. Still, there is the possibility of a few isolated downpours.

Temperatures today could touch 22-23c in the southeast and widely reach 18-20c across England and Wales. The low-mid teens will be about your lot in Scotland though, with a cooler, fresher feel behind the rain in the north.

Any showers in the south will fade into the evening, leaving a dry night with varying amounts of cloud for England and Wales. The front in Scotland will continue to drift south, bringing a few patchy drizzly bits and pieces of rain, which should fizzle out by dawn.

Thursday then brings another reasonably quiet day, but there will be some subtle changes. There'll be an easterly breeze blowing, which is likely to bring more cloud into northeast England and eastern Scotland in particular - making for a cooler, potentially drab feel here. The best of the warmth and sunshine will be reserved for southern, central and western England, along with Wales. Here, highs are likely to reach the high teens, with central-southern or southwest England perhaps best placed to break the 20c barrier. 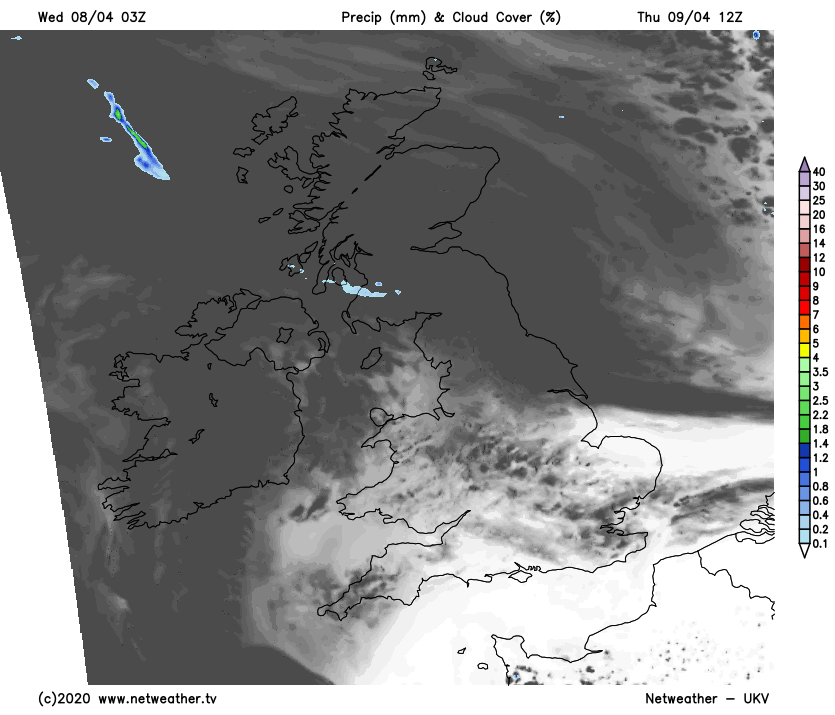 There could also be some showers around during the day - a few isolated ones for England and Wales, along with a more organised batch arriving into northwest Scotland later. Good Friday is likely to see those showers becoming more widespread in western Scotland, with some spreading further east. Elsewhere though, it's set to be another warm, bright or sunny day with the easterly wind having turned into the south or southeast by this stage. That means more places above 20c, which in turn could help to trigger a few downpours across England and Wales during the afternoon.

Easter Saturday then starts with a lot of sunshine, and it'll become warm just about everywhere too. But as the high pressure recedes and low pressure helps to destabilise the atmosphere, we're likely to see showers starting to develop quite widely. 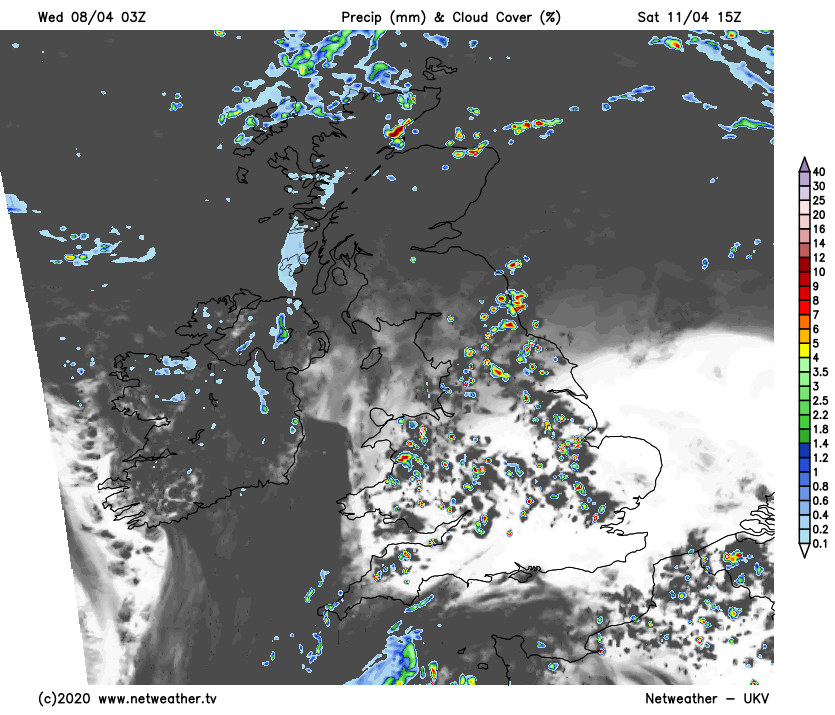 The same applies to Sunday, which will be a slightly cooler day than Saturday, with maxes generally peaking into the teens. By Monday, with high pressure likely to be making its moving down from the northwest, the showers should begin to fade - but southern areas, in particular, may continue to see at least a few downpours.