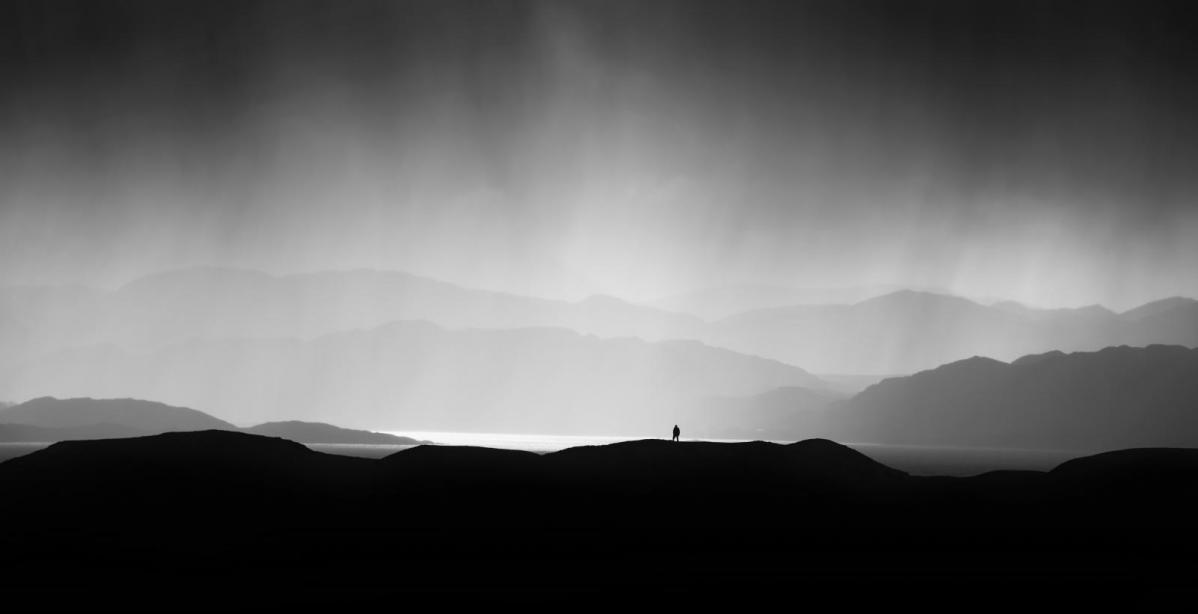 No end in sight as the unsettled weather keeps on rolling

With a week to go in what's been a really unsettled, wet, windy February, and there's no change in sight during the remainder of the month and into the start of Spring. One difference we will see from recent days is some colder air moving south at times during the next week, for now though, it's the northern half of the UK seeing some wintriness with milder air further south.

Low pressure staying in charge right up until the end of the month and beyond. 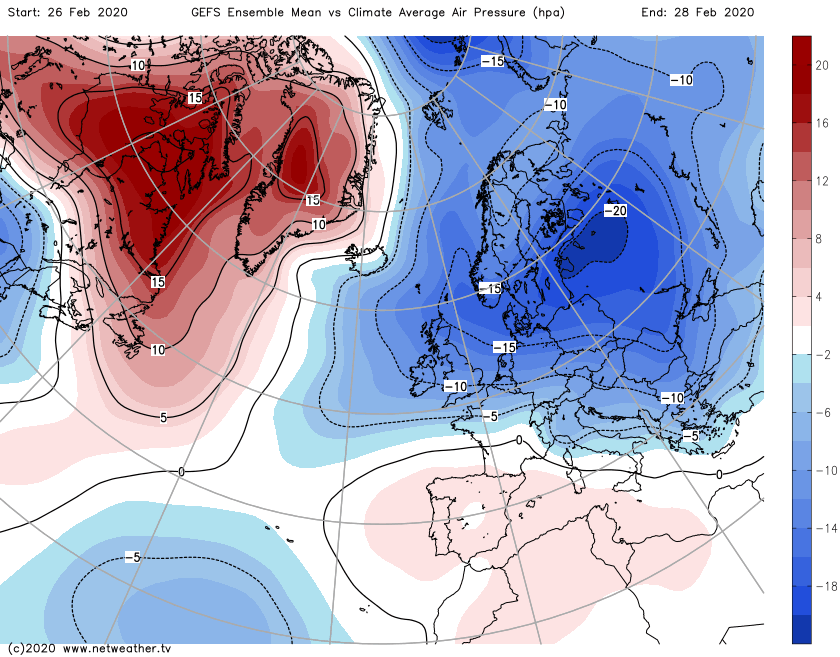 This weekend, while it's not as wet or wild as the last two, with no named storms around, it's still not what you'd call benign. In fact, there are yellow weather warnings issued by the Met Office from today through to Monday currently - covering rain, snow, ice and wind. Most of those warnings concern Scotland and Northern England, but there is a rain warning for South Wales tomorrow. Check the latest warnings here.

Today, it's blustery everywhere but particularly so across Scotland, Northern England and Northern Ireland, with gales in exposed places. There's some showery, weakening rain moving southeast through England and Wales, but the bulk of the action is further north and west where a good rash of showers will be blown inland. These will be falling as sleet and snow in northern regions, with accumulating, blowing and drifting snow over the high ground in particular.

Tonight sees the winds slowing easing in the north, but picking up further south as low pressure approaches. There'll also be a spell of rain arriving with it, spreading through to affect much of Ireland, Wales, England and southern Scotland, with hill snow in Scotland and Northern England. There'll be gales near to coasts in southern England and Wales as well. The rain will affect flood-affected regions, which may cause further issues with still very high river levels, and saturated ground. 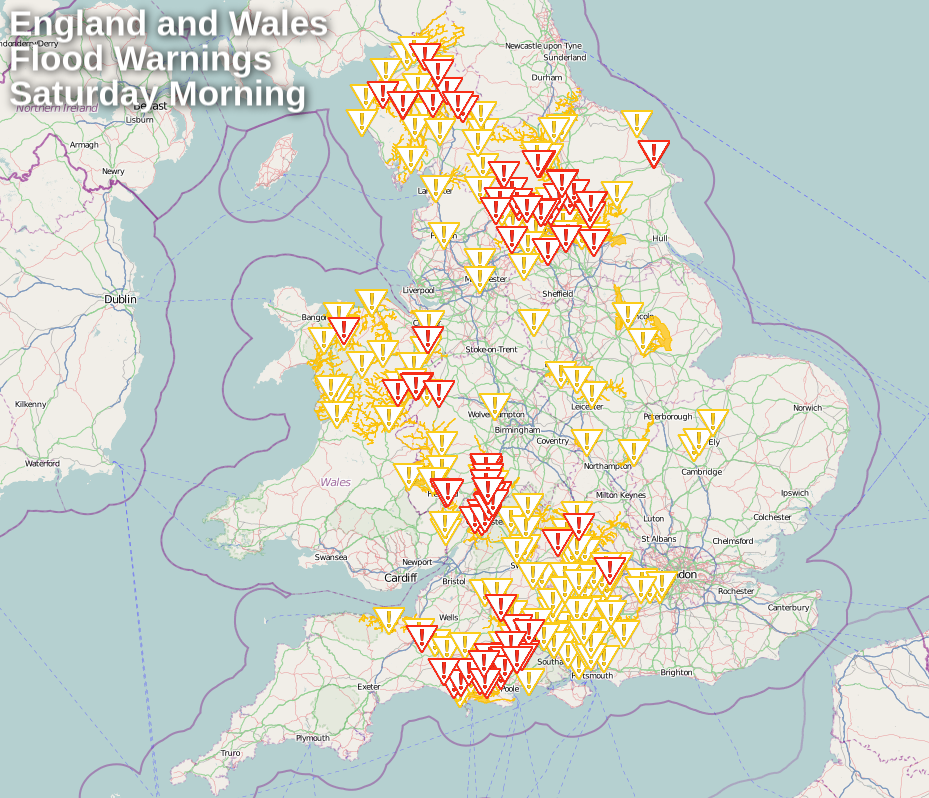 Into Sunday, what's left of the rain will clear the southeast during the morning, and the winds will ease here into the afternoon as well. That'll leave everywhere with lighter winds, but they'll still be blustery at times in the north, especially when showers come through. The showers will be fewer and further between than they were today across Scotland and Northern England, but they'll still be wintry - especially over the high ground.

The lull won't last long though, with a deep low pressure moving in off of the Atlantic overnight and into Monday. This one will bring a spell of rain to all, with snow over the hills in the north. There's some uncertainty over the precise track of the low though, with some models taking it over the north of Scotland, some over southern Scotland. The strongest winds will be to the south of it, so stay tuned for updates as the forecasts firm up over the next 24 hours. 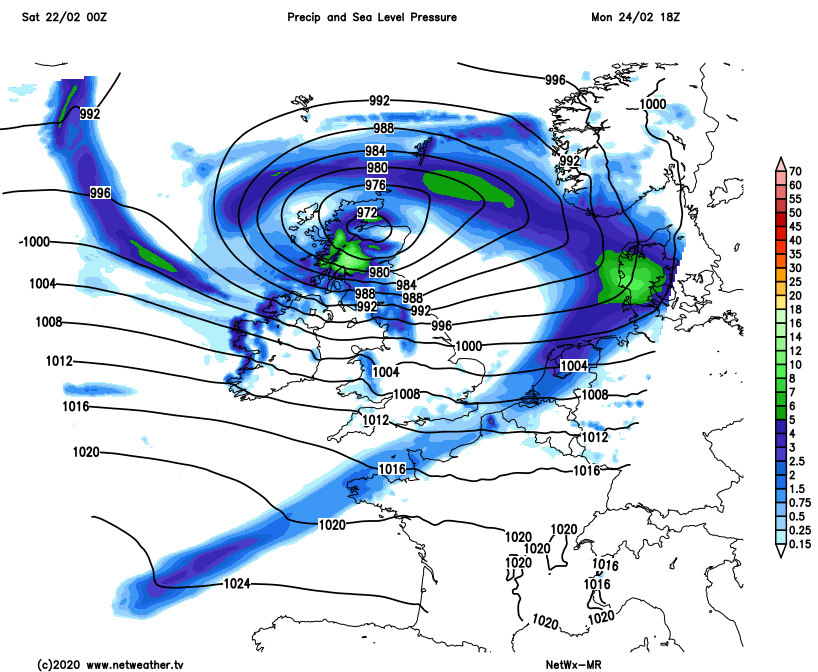 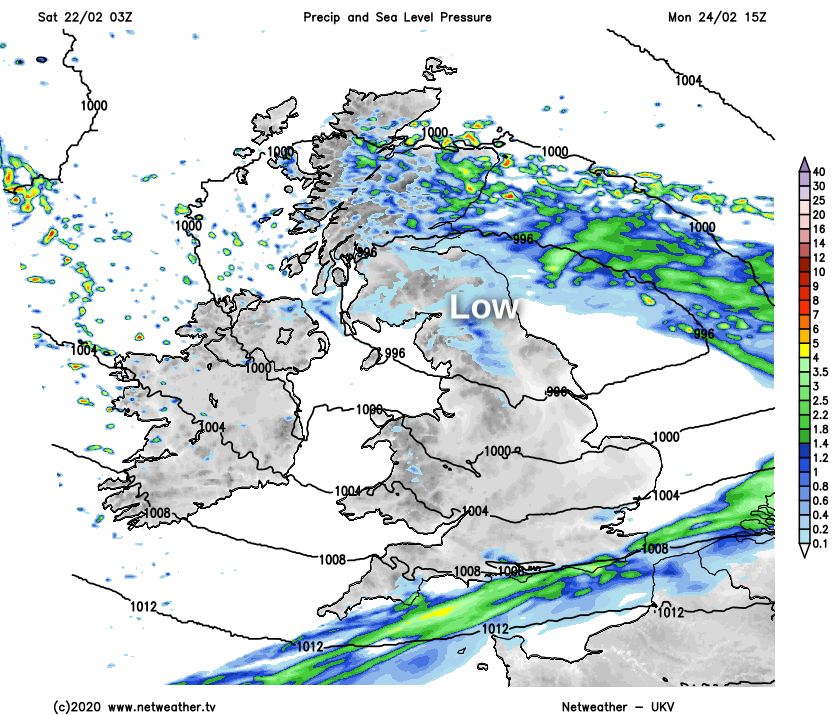 Beyond that, colder air will be pulled south on a northwesterly wind behind the low with plenty of showers packing in. They'll turn wintry from the north from later on Monday, the cold air will then stay through into Wednesday, with some sleet and snow even possible in the south for a time.