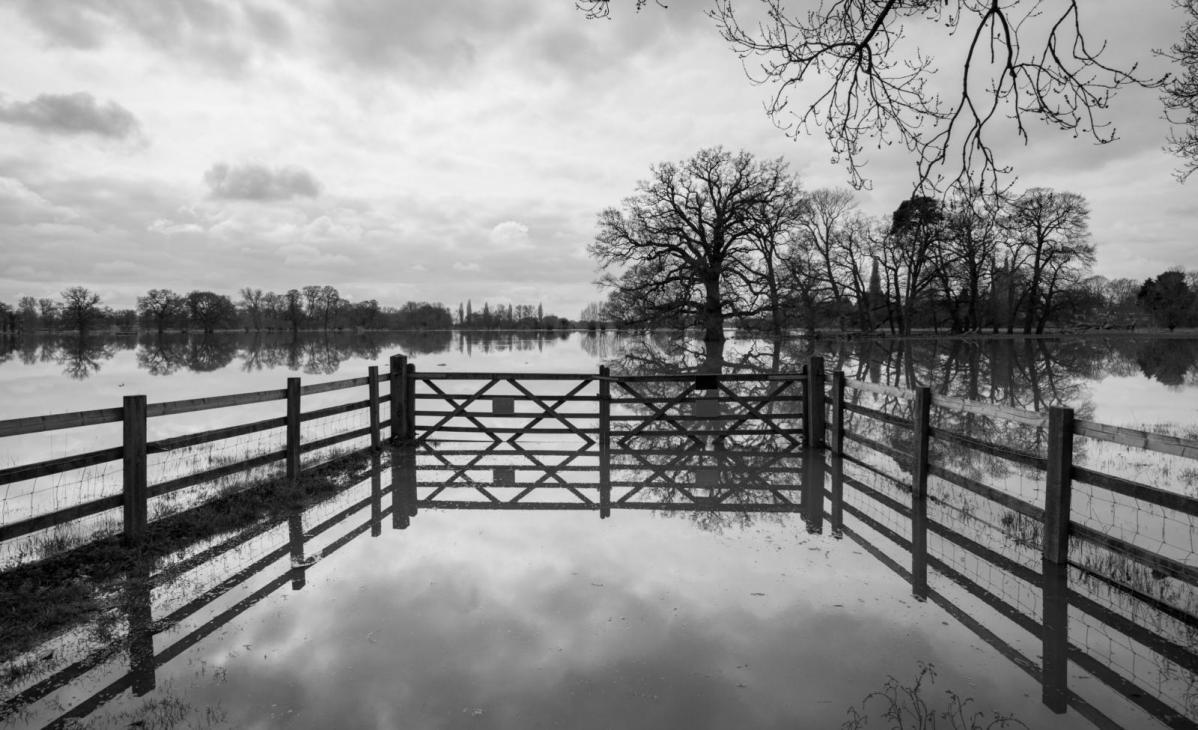 There are yellow and amber warnings galore of heavy rain, flooding and severe gales across the country at the moment, even a red one for the valleys of South Wales as storm Dennis continues to wreak havoc. And with river levels high and more rain falling on already saturated ground, further serious flooding problems are inevitable. 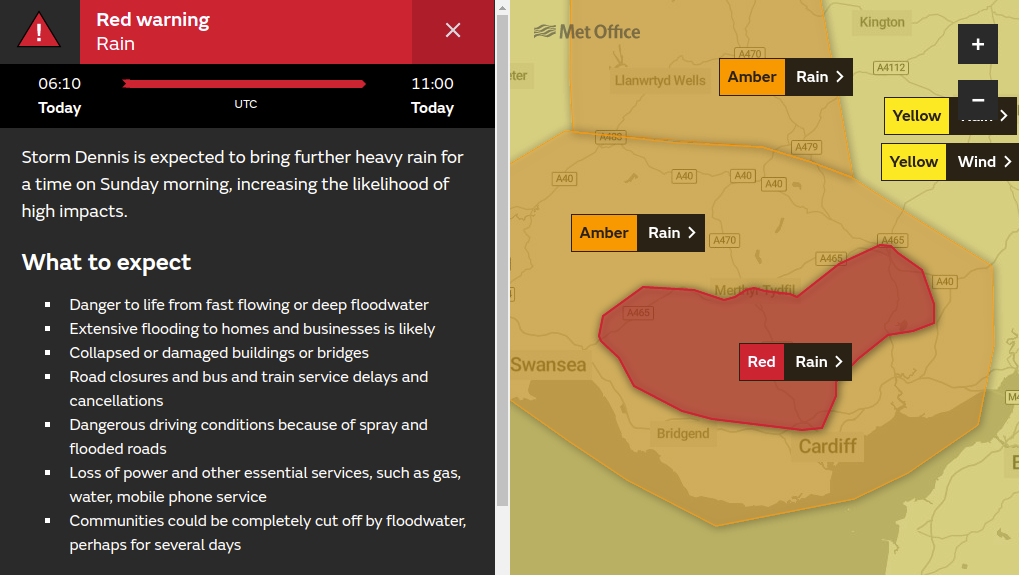 It's a  particularly wet start over South Wales and central southern England this morning, with some heavy rain. With the front reluctant to move away and further pulses of torrential rain running along it, the South East could be wet for much of the day adding to the flooding problems. Once the rain does clear, however, there'll be a brief lull, before you join the rest of the country in a day of sunny intervals and blustery showers. Some, particularly in the North and West, will be heavy and squally giving local hail and thunder and they'll fall as snow on Scottish mountains.

We've had a gust of 80mph along the North Norfolk coast recently, with further damaging gusts of 60 to 70mph expected over Scotland, in the West and across exposed areas. This'll make travelling difficult, with fallen trees, structural damage and over 300 flood warnings now in force across the country an additional hazard.  Despite the wind, it'll be very mild towards the South East, where temperatures stay close to 10 or 11C for much of the day. Further North though it'll be colder, with top temperatures 5 to 7C over Scotland and 6 to 9 elsewhere. 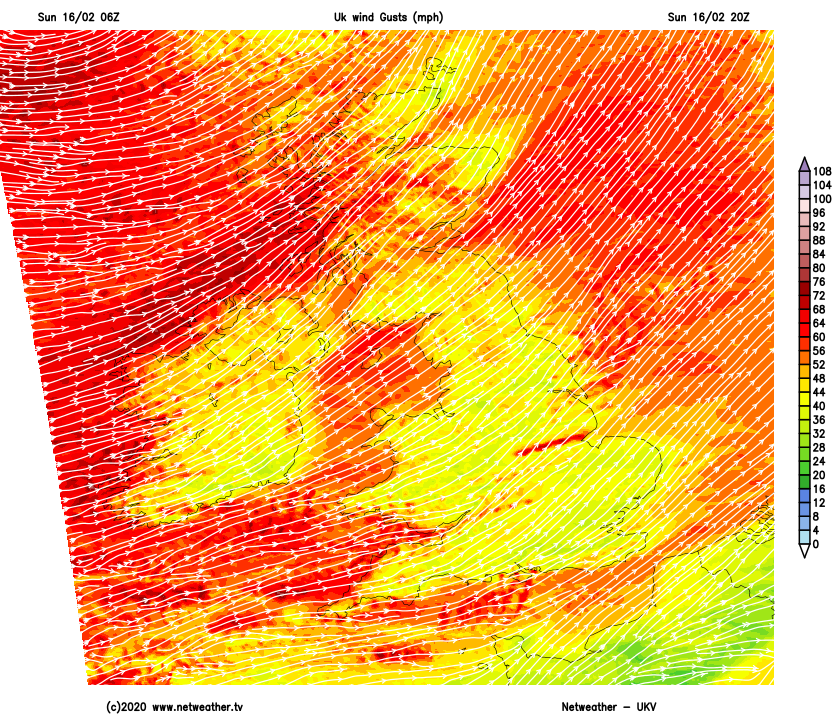 Once the rain has cleared the South East, there'll be a mixture of clear intervals mostly in the East and blustery showers after dark. Some will be heavy and squally giving hail and thunder, with further snow likely on Scottish hills. Over Scotland across exposed parts of Northern Ireland and in the West, a South West wind will give further damaging gusts in excess of 70mph, with gusts of 50 to 60mph possible elsewhere in more squally showers and exposed areas, causing further damage. Although feeling cold in the wind, this'll mostly prevent temperatures from falling below 2 to 4C in the North and 4 to 7C further South.

Expect further problems for the Monday morning commute from gale damage and flooding, as storm Dennis passes to the North of Scotland.

This'll bring more squally showers some giving hail and thunder, with further snow likely on northern hills. The East sees fewer showers and more in the way of sunshine, but a West or South-West wind will continue to gust to 50 to 60mph in exposed areas. It'll feel colder in the South, with top temperatures 7 to 9C. Further North, 4 to 6C.

Further blustery showers are likely after dark, heaviest and most frequent in the North and West. Again there'll be local hail and thunder, with more snow on northern hills. A West wind continues to give severe gales in exposed areas, before decreasing a little by morning. Eastern areas see clear spells, where well sheltered rural areas mostly in the Nort could see a touch of ground frost, as temperatures fall to 2 to 6C.

A strong Jet Stream continues to bring unsettled often windy weather throughout next week, with still few signs of a change. It'll mostly be on the mild side though, with the East and South seeing the best of of the sunny spells between times.