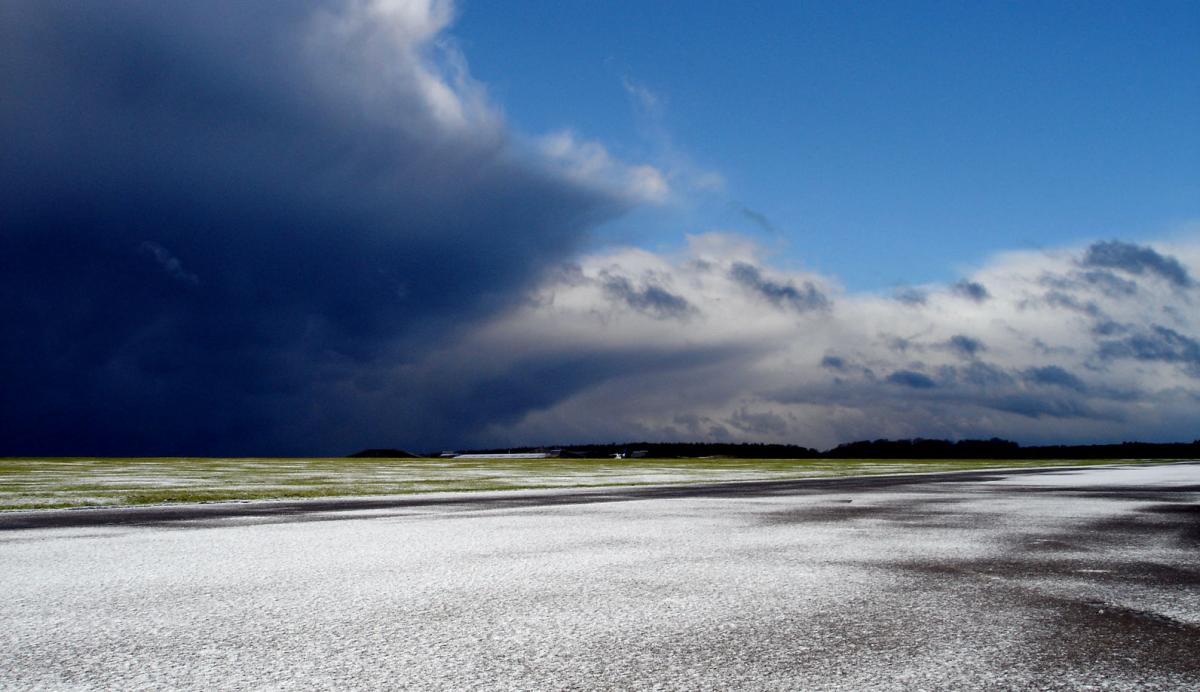 We still have yellow warnings of severe gales along the South coast and for snow and ice across hilly parts of the North, but the wind although not as strong as yesterday, remains the central feature over the next few days. Although storm Ciara has now left us, we still have a broad Westerly flow in a strong Jet Stream that continues to bring the strong winds. So expect further gusts of 40 to 50mph fairly generally and up to 60 to 70mph in the West and along the South coast. 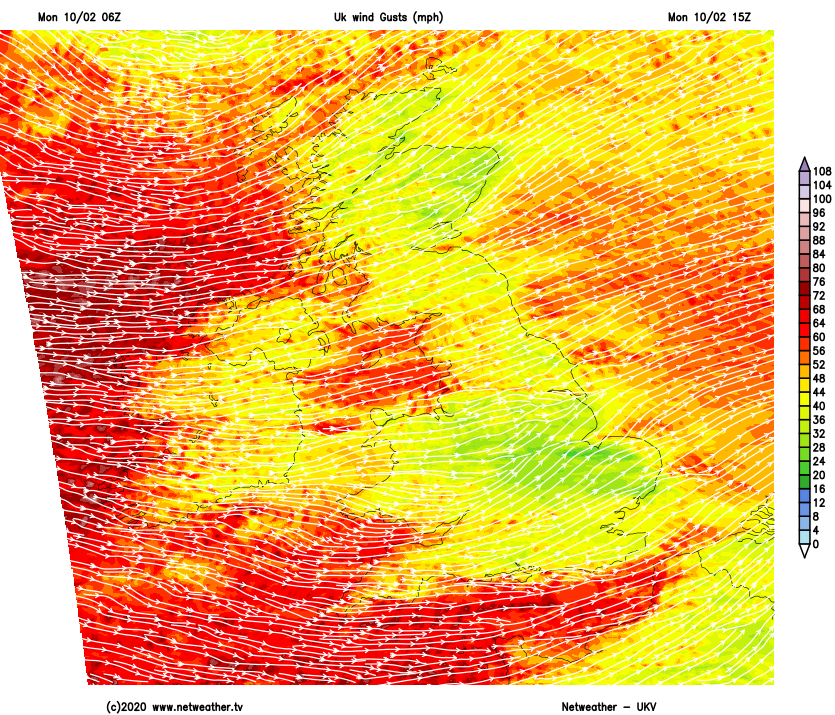 For Monday mornings commute some travel problems are inevitable, with fallen trees, flooding and power outages all comprising to make life difficult. While most places see some sunshine through the day, there'll be blustery showers on a West or South-West wind that'll continue to give damaging gusts in exposed areas and the more squally showers. Some will be heavy giving hail and thunder, with the showers perhaps becoming lengthy over some central and southern regions for a time. 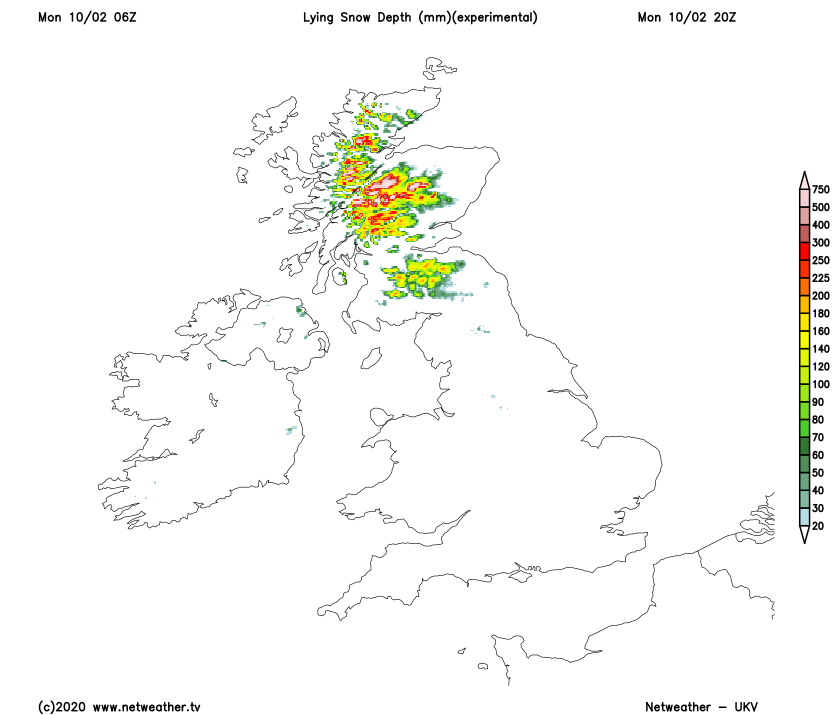 Over Scotland, Northern Ireland and in the North there'll be snow on hills above about 150m, with blizzards on Scottish mountains. Any snow elsewhere though will be reluctant to settle and just a temporary feature. Needless to say, It'll feel cold in the wind, with top temperatures about 3 to 5C in the North and 6 to 9C in the South.

Expect much of the same after dark, with blustery showers heavy in places perhaps with thunder and hail in a West wind that remains strong. More damaging gusts in excess of 60mph are expected in exposed areas and the North and West, but with clear spells between the showers, especially in more sheltered eastern regions where there'll be fewer showers. Further blizzards are likely on northern hills, with snow falling at lower levels over Scotland, parts of Northern Ireland and the North of England. This'll lead to icy patches by dawn, particularly in sheltered areas and across the North. Lowest temperatures close to freezing, but 1 to 5C more generally.

Tuesday will be a repeat performance in another day of sunny intervals and blustery, even squally showers most frequent in the North and West. Some will be heavy giving sleet, hail, thunder and hill snow, with snow continuing to fall at lower levels at times over Scotland and in the North where there'll be further blizzards in the mountains. A Westerly wind remains strong and cold, with gusts to severe gale force in heavier more squally showers and to 60 mph in some exposed parts of the North and West. Top temperatures just 3 to 5C again in the North and 6 to 8C further South.

More blustery showers are likely after dark especially in the North and West, where some will continue to be heavy, squally and wintry perhaps with local hail and thunder. Further snow is likely chiefly on hills but at lower levels over Scotland and in the North. Sheltered eastern areas see clear intervals but despite the wind, a frost will probably more widespread in the North and where you have shelter. This'll lead to icy patches again, with lowest temperatures mostly in the range -1 to +4C.