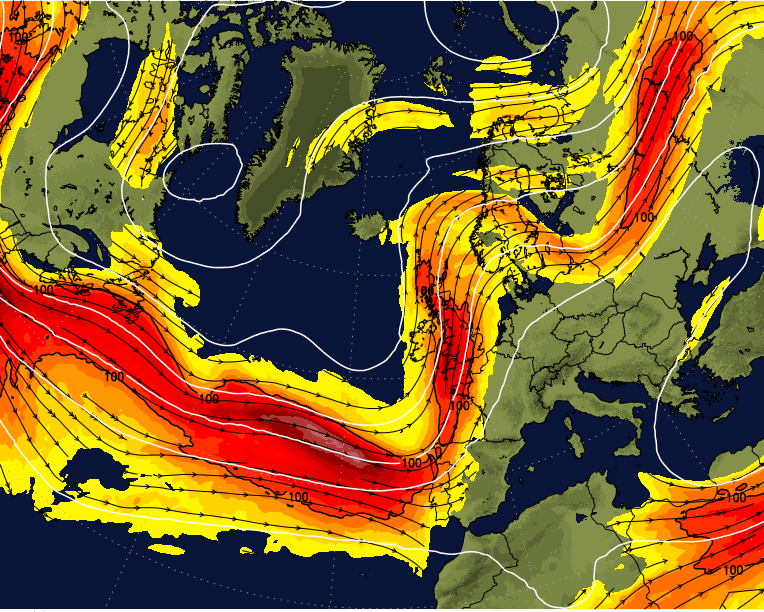 Storm Brendan and a second low pressure have certainly shaken up conditions across the UK and Ireland for the start of the week. A 87mph gust for the Western Isles on Monday and two days with Line Convection moving across Britain. There have been thundery snow showers for Scotland, thunderstorms on a squall line off the Irish Sea and travel disruption and damage from this stormy event. Conditions for southeast England on Tuesday afternoon and evening were horrible with a roof dropping onto Slough high Street and wild conditions along coasts.

All this covered by Yellow wind warnings, the well-publicised Storm Brendan being named by Met Eireann. 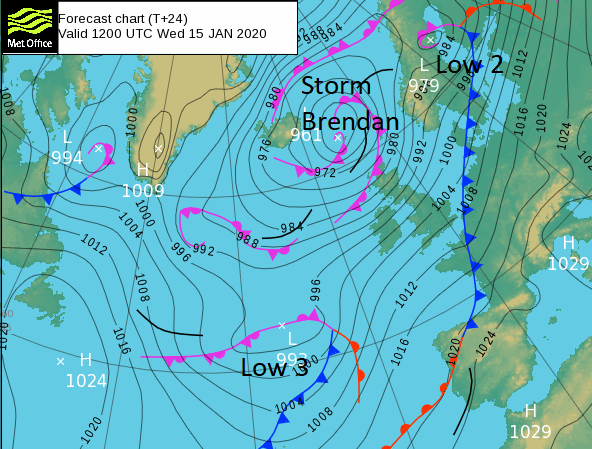 Storm Brendan continues to lurk away to the north bringing strong winds to northern Scotland and further heavy showers of rain, sleet and snow. Low 2 has headed away over Scandinavia but the cold front on this is responsible for the grey, wet and windy start for London and the Home Counties. There is a brief lull today with some fine even sunny weather before Low 3 moves in, and yes wait for it, brings more wet and blustery weather for Thursday and Friday. High pressure is building at the weekend, so a change is on the way! 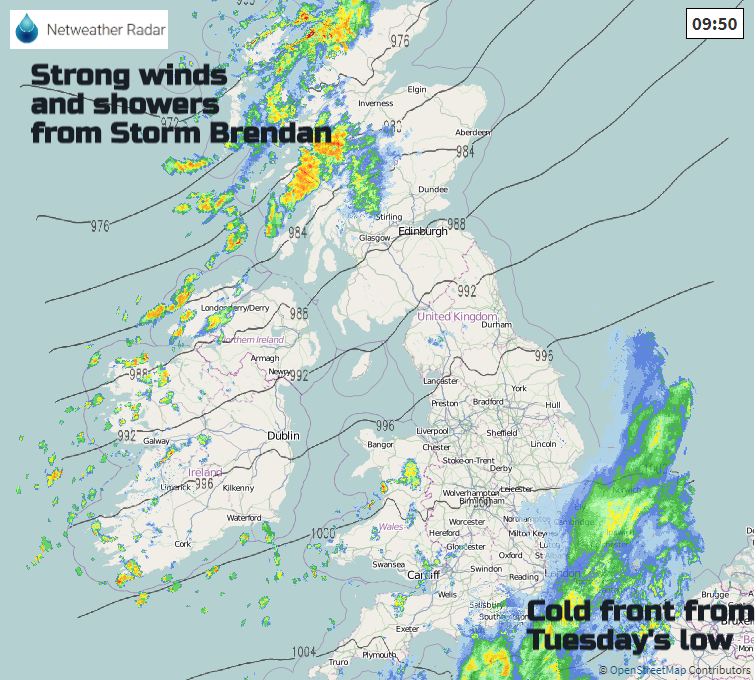 There aren’t any weather warnings for today, the earlier Rain warning over SE England has lapsed but there are still plenty of flood warnings in place. For coastal Scotland ‘The highest water levels have now passed but there may still be a risk of flooding around the times of the next high tide on Wednesday’ SEPA.

Although it stays windy for Dover and Folkstone this morning, winds for the SE do ease, there is just a squeeze through the eastern Channel until late morning. The rain becomes more patchy and clears from East Anglia and central southern England, finally away from the Thames estuary at lunchtime. A sunny fair picture for much of England and Wales today but feeling cooler at only 5 to 8C. The winds will be lighter for SE Britain this afternoon, quite a change but it remains breezy elsewhere with a fresh SW to west winds for coastal Wales and northern England. This will make it feel colder.

Northern Ireland will have a blustery cold day with fresh SW winds, strengthening along the north coast by midday. Lines of heavy showers will head in from the NW, but Co. Down should stay more sheltered. 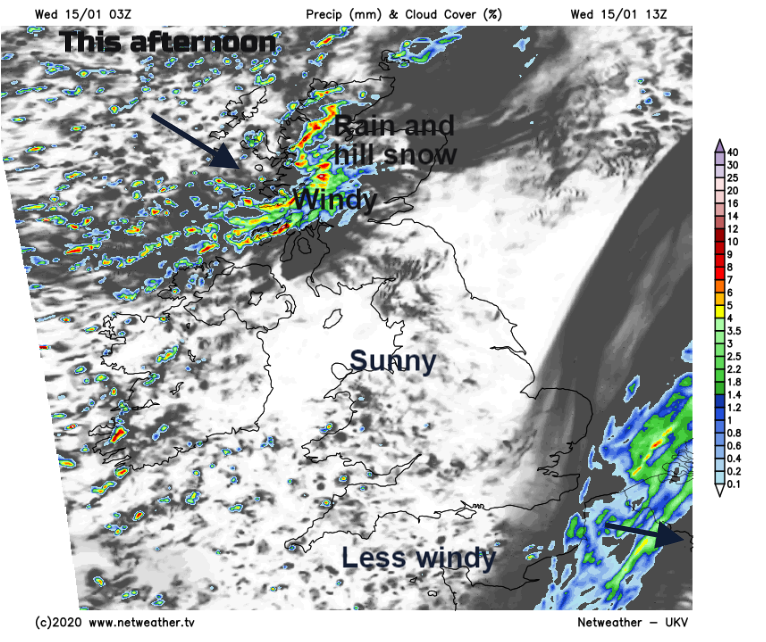 Scotland is having another windy day with bands of heavy rain and hill snow sweeping in from the west. The SW winds will be fresh to strong with gusts around 60mph. The east and far south will be more shelter but not immune from the showery rain.  The A1 in SE Scotland looks vulnerable again for high sided vehicles and ferries are already being canceled on the west coast. This wet and windy stripe, high winds through the Central Belt late afternoon/ this evening and rain just to the north with hill snow, does fade tonight and most of the UK is then under dry, clear conditions. 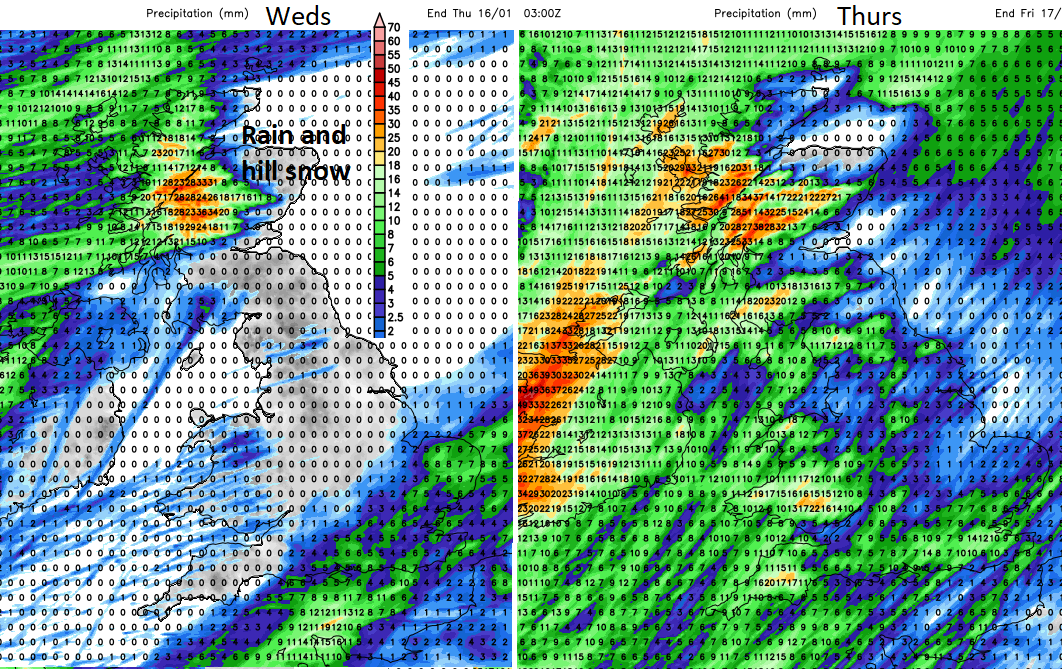 The gusty winds take their time to leave northern Scotland and after a nippy first part of the night, milder air feeds up in the southerly winds for Northern Ireland with freshening winds and southern Britain. The warm front from Low 3 will bring rain to Northern Ireland overnight into western Scotland and by Thursday morning the cold front is forecast to bring heavy rain over western Ireland with much milder conditions in the warm sector. 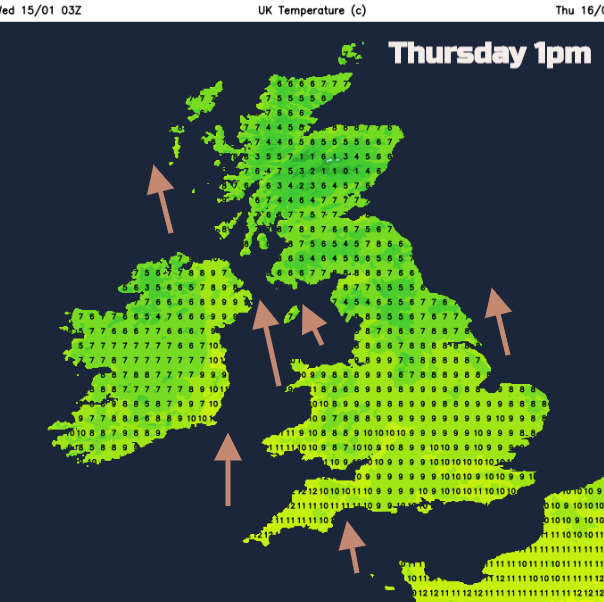 As the low centre pivots the frontal rain will slowly move over Wales, Northern Ireland and the rest of Western Britain during Thursday lunchtime. Once more Britain sees a spell of wet and windy weather moving eastwards through the afternoon and evening. Flooding “Local river flooding is also possible but not expected in the south east of England on Thursday and Friday” EA

Bands of heavy showers swing in from the SW overnight with more unsettled conditions on Friday as it turns colder. 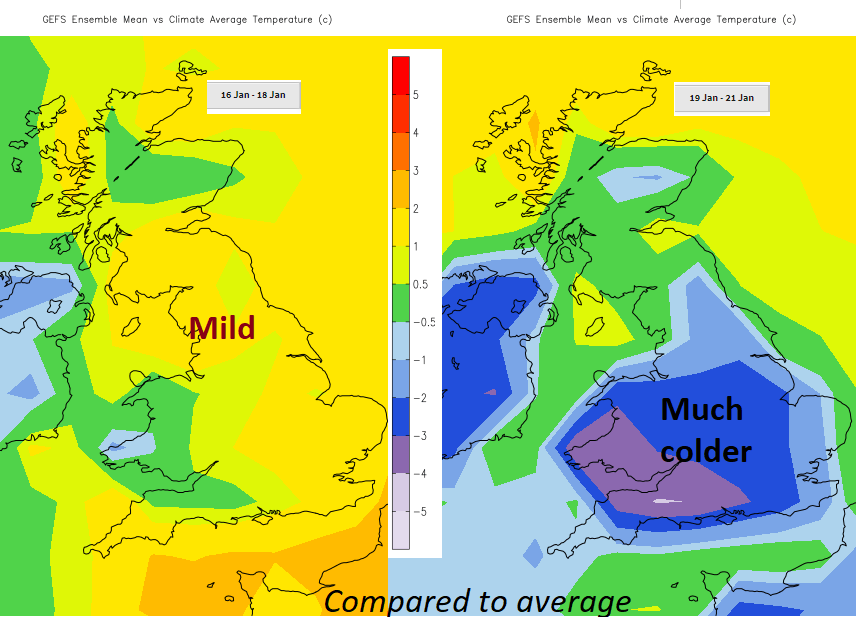 There are signs at the weekend and even into next week that with high pressure building over the UK many areas will be drier, not as windy but colder with frost and fog.