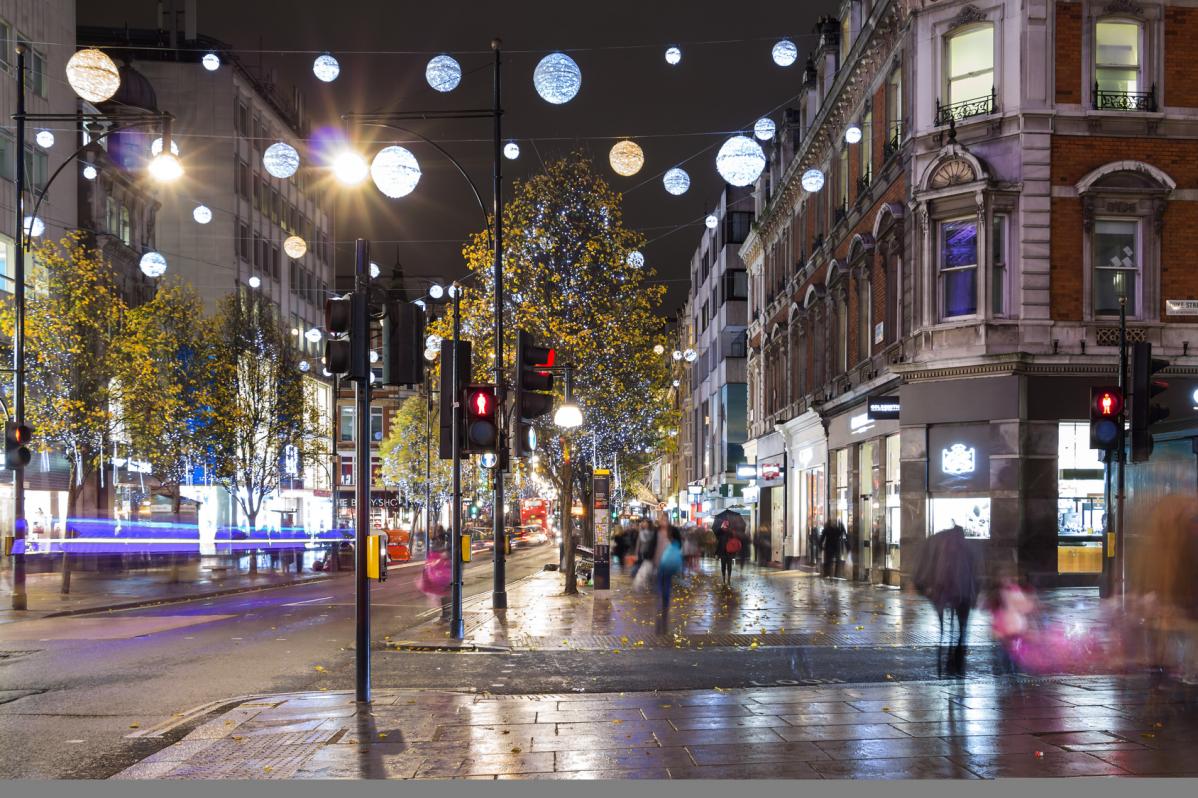 Run Up To Christmas: Chilly With More Rain & Hill Snow At First, Then Turning Milder Next Weekend

It’s still too far off to predict what the weather is likely to do over Christmas. However, we can give you a general idea of what to expect in the run up before Christmas week starts.

A good general guide is to look at the weather model forecast position of the jet stream over the coming 7-10 days. The jet stream could move position in this timeframe and this will affect the kind of airmasses that will cover part or all of the UK.

Through the weekend, a strong ‘polar front’ jet stream, which separates colder polar air to the north and milder tropical maritime air to the south, will run close to southern Britain then will stay south of Britain for much of next week. The jet and low pressure to the north this weekend combining to pull in a strong polar westerly flow over the weekend sourced from very cold air over NE Canada, albeit quite a bit modified (‘warmed’) on its crossing over the North Atlantic.

Jet stream stays south of Britain this weekend and through much of next week, so temps generally staying in single figures.

On the northern flank of the jet stream, roughly the Midlands northwards it will be progressively colder the north one goes this weekend, temperatures in low single digits across Scotland and NE England. The colder airmass cold enough to allow snow to fall over higher ground from any precipitation from fronts or showers. This morning, Buxton and the surronding Peak District in Derbyshire saw snow fall and settling for a time.

A few 'secondary' lows will ride on the jet stream through the weekend, one ran across the south Friday night, bringing a spell of rain and strong winds to southern England. Then another low will run a little further north across Wales and northern England Saturday evening, bringing more widespread rain across England and Wales, turning to snow in the colder air north of the jet stream across north Wales, the North Midlands and northern England, mainly over the hills above 200m, but perhaps to lower levels for a time, but settling only likely over higher ground. The Met Office have issued yellow warnings for ice across northern Britain tonight as skies clear following the rain and hill snow moving through. 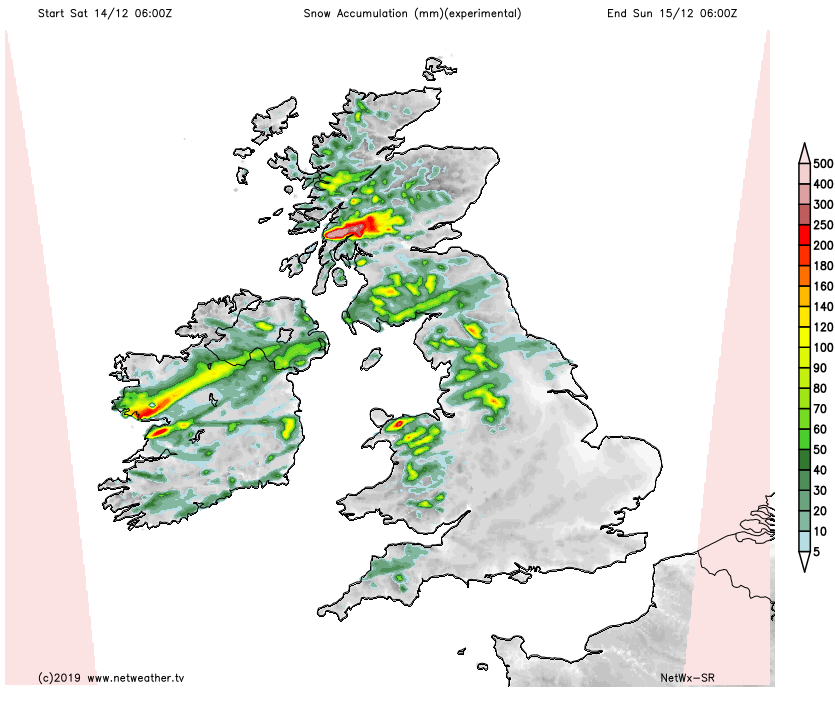 Generally as we go through Sunday colder air across the north will begin to filter further south as the jet stream shifts south of Britain into northern France by the end of the weekend. The strong westerly flow continues on Sunday, cold enough to feed in wintry showers across western areas, falling as snow, mainly over the hills.

Monday staying chilly and will see further showers, mostly in the west. Then we are then keeping an eye on Tuesday, when some models (ECMWF and ARPEGE) show a warm front with a swathe of rain along it, linked to low pressure over Iberia and Biscay, lift north across southern England - which could turn to snow on its northern edge over parts of the West Country and Midlands – as it moves into colder air. This could well change though and is very marginal set-up for snow, probably through evaporative cooling. 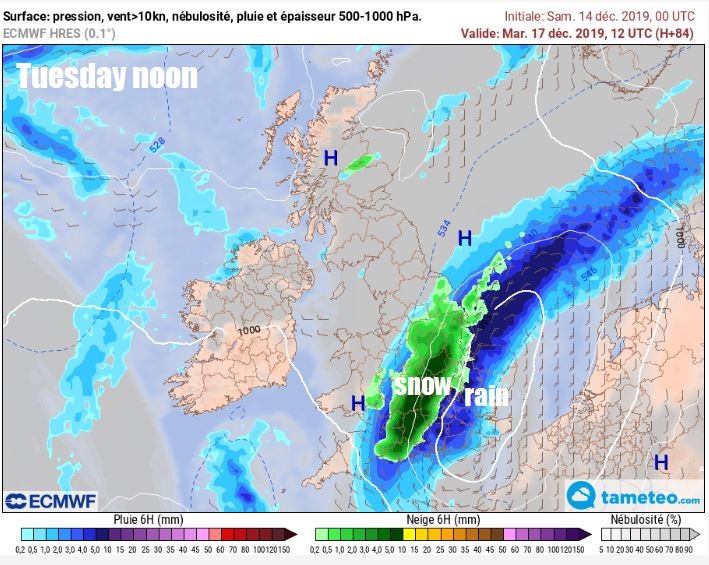 The UK looks to stay mostly on the colder (polar) side of the jet stream through much of next week, so will remain on the chilly side. Tuesday for the north and Wednesday generally are looking mostly dry and bright but chilly by day as pressure builds up from the south and where skies clear and winds fall light overnight - there'll be a risk of frost and even freezing fog. Thursday onwards looks to turn unsettled, as low pressure out west starts to push Atlantic frontal systems in across the UK, bringing rain to all parts and perhaps northern hill snow.

Temperatures generally staying in single figures as the week draws to a close, so staying chilly, but next weekend the forecast models are indicating the jet stream to shift north across the UK, dragging in increasingly milder air from the southwest. Temperatures rising widely into low double digits. It will be unsettled still though, thanks to low pressure close to the west.