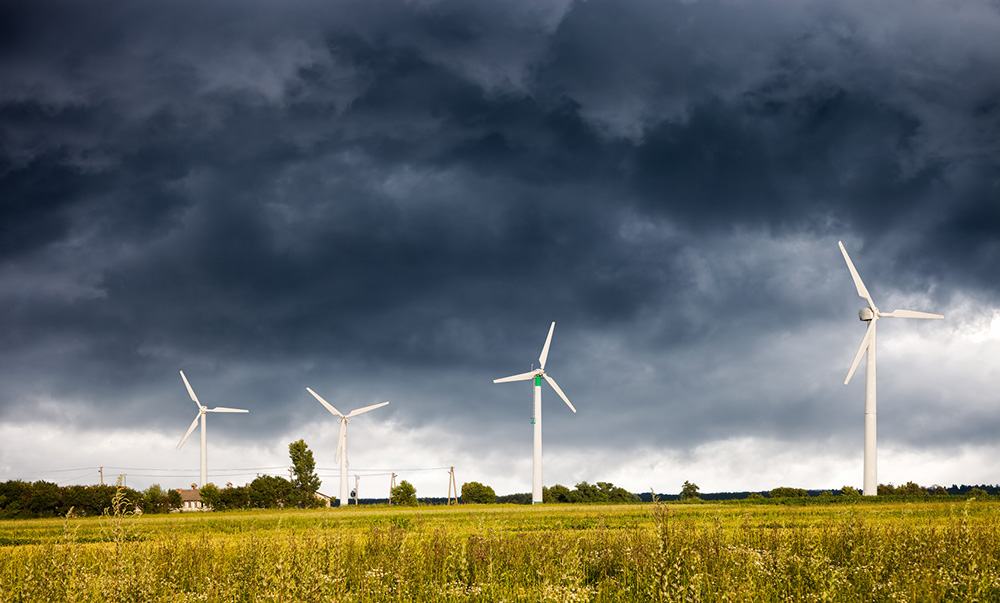 UK weather: Out of the way European High, the Atlantic worm has turned. Wet and windy midweek.

It’s the last week in November, will be December at the weekend, time to put the Christmas tree up? The weather seems to be going into Autumn overload with a series of low pressures piling in from the Atlantic. These will bring rain (the only snow to be seen on the charts is over the highest tops of northern hills), strong winds even gales and a milder SW flow. 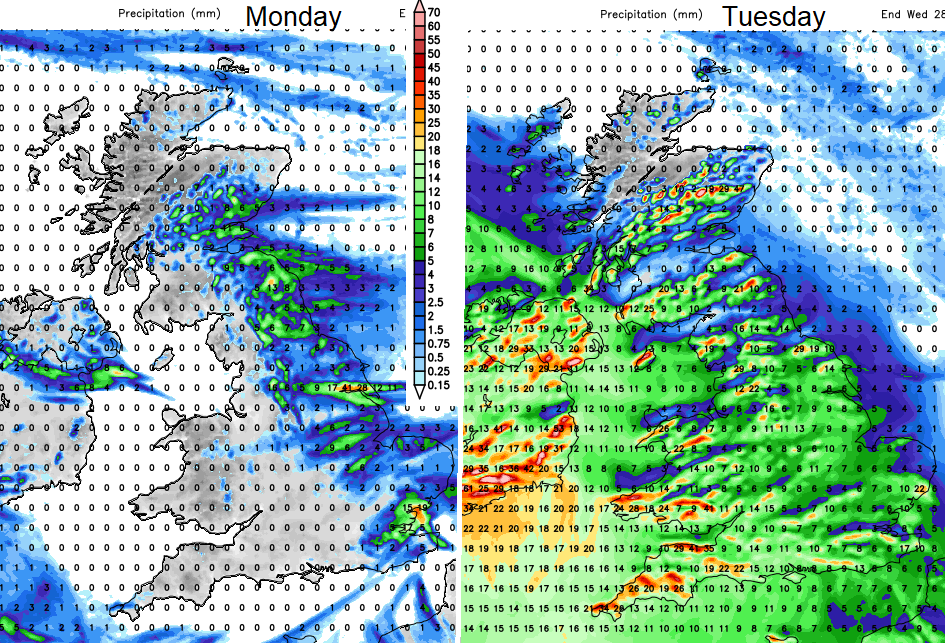 It’s not here quite yet. The UK is still subject to the ongoing cooler easterly flow. It is nippy this morning in the west and the far north, temperatures did dip near to freezing. Showers continue to feed off the North Sea with a sleety mix to start the day inland from Durham up to Aberdeen. 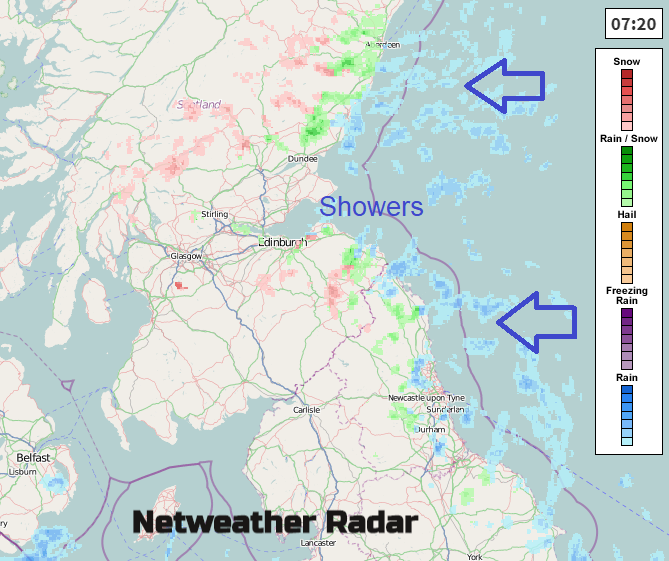 Further south, there are rain showers and an occluding warm front grazing the SE. That is also moving westwards bringing more rain. For today there will be more showers for eastern England and a scattering for eastern Scotland. Western counties of Britain will see sunshine. Northern Ireland will have a fair amount of cloud and showers from the east. Temperatures today will be around 7 or 8C with light winds. Tonight, there will be a lot of low cloud, although with clear spells again in the west and a touch of frost before rain arrives from the SW for Tuesday am. 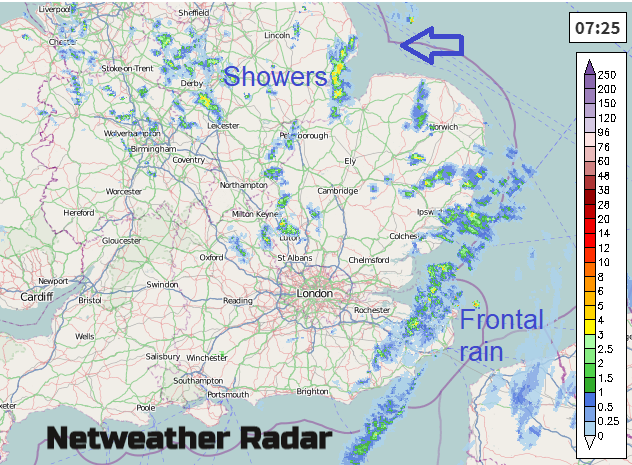 Over the past week or so this has been the theme of things, showers coming in from the east, colder air with just a brief interruption of hefty showers from the south. High pressure over northern Europe has driven this flow. However, the worm has turned, and the Atlantic is fighting back. The bombardment of low pressures will make the high pressure retreat right back to western Asia. Quite a change.

There will be a lot of rain about with high totals in the west and strong winds.

Environment Agency - Local flooding is possible from rivers and surface water over parts of south Wales and south-west England later Tuesday and more especially through Wednesday. There could be travel disruption. Large waves may affect parts of southern England and Wales coastlines from Tuesday pm through to Thursday.

The winds begin to pickup during Monday night over Ireland with coastal gales and gusts over 50mph for Northern Ireland and western Britain by Tuesday morning. It will then turn windy over the rest of Britain by the end of the day.

Wednesday looks windy everywhere with strong winds and gusts over 60mph as the SE winds veer to the SW. It will be windy all day with gales last into the evening for the Outer Hebrides. Even after that, further bouts of wet and very windy weather could appear from the south and the west. It will be a lively week with the last of the leaves blowing all over the place. 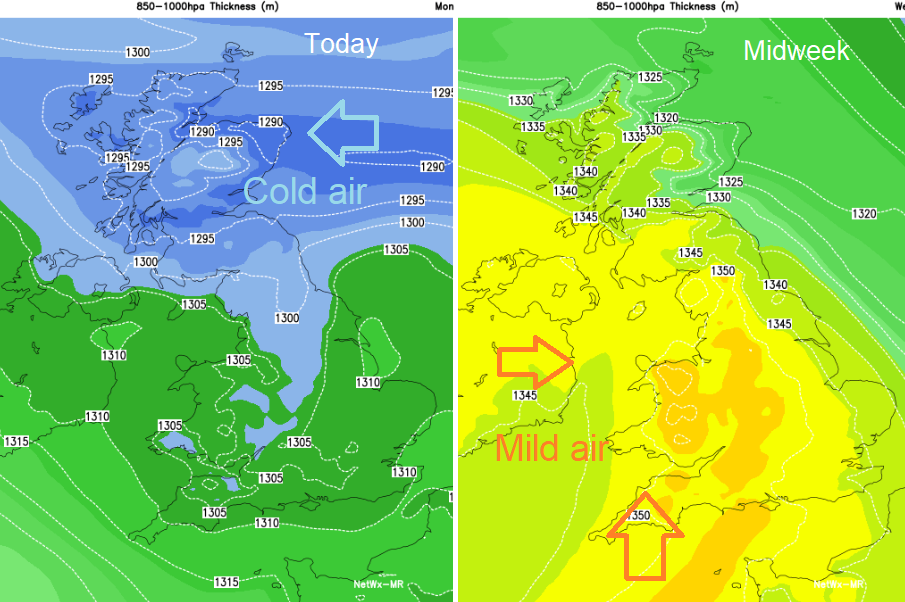 It won’t be as cold, in fact, it will be mild for late November. Temperatures in England and Wales will reach into the mid-teens, maybe even up to 16 or 17C in sunnier spells. Although it looks to turn cooler by the weekend. 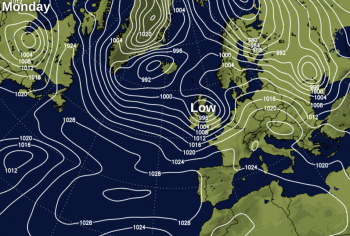 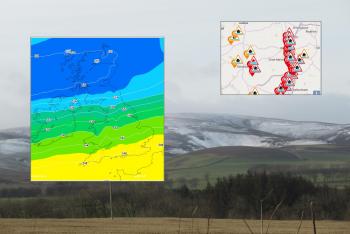 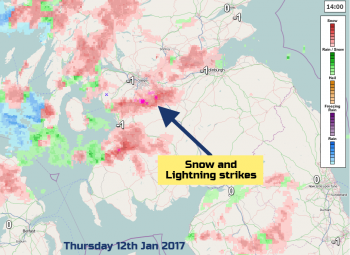