Netweather
Latest - Week Ahead: Unsettled and Atlantic driven to start but settling down later

When a very cold easterly wind blows across the North Sea, it can bring heavy snow showers to the UK. If high pressure builds over Scandinavia, it can stay for weeks, blocking the usual Atlantic flow, churning bitterly cold air down from Siberia and this Scandi- High can result in deep winter conditions. This doesn't happen that often nowadays.

As the intensely cold air moves across the relatively warmer North Sea, or even to begin with the British land mass, showers are set off as the air becomes unstable.  When the air is so cold, snow will fall. As the cold continues, the earth can become frozen, snow accumulates and in places around the world the water, often a large lake begins to freeze. It is the difference between the underlying surface and the air above which causes the instability and then the overturning. This creates clouds; they then get blown by the wind towards the land and significant snowfall can result. 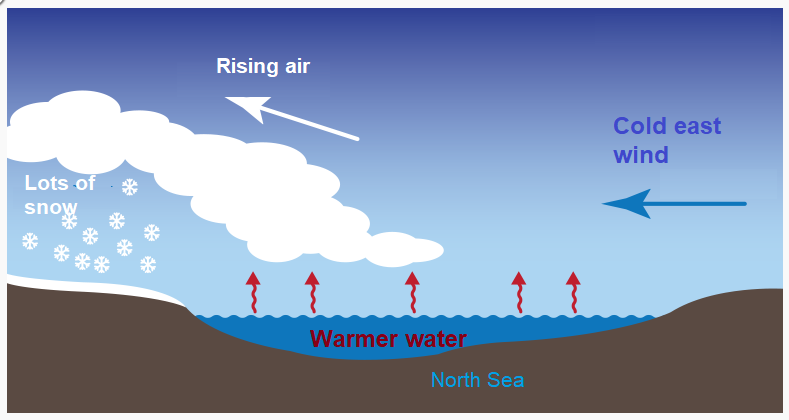 You may have seen photos from the Great Lakes in North America of huge dumps of snow from Lake Effect Snow. Sea Effect snow can happen in the UK but it is a precarious setup.

You will need a Polar air mass. When a Scandi High establishes itself, true Polar Continental air can be dragged right down to western Europe, including the UK.
A decent wind, to move the showers across the water and a long enough fetch, too short and the cold, dry air won't have time to pick up enough moisture.
A large temperature difference between the SST, sea surface temp. and the air above. Use the 850hPa charts for air at 1.5km around 5,000ft. A contrast of 13C or more works. 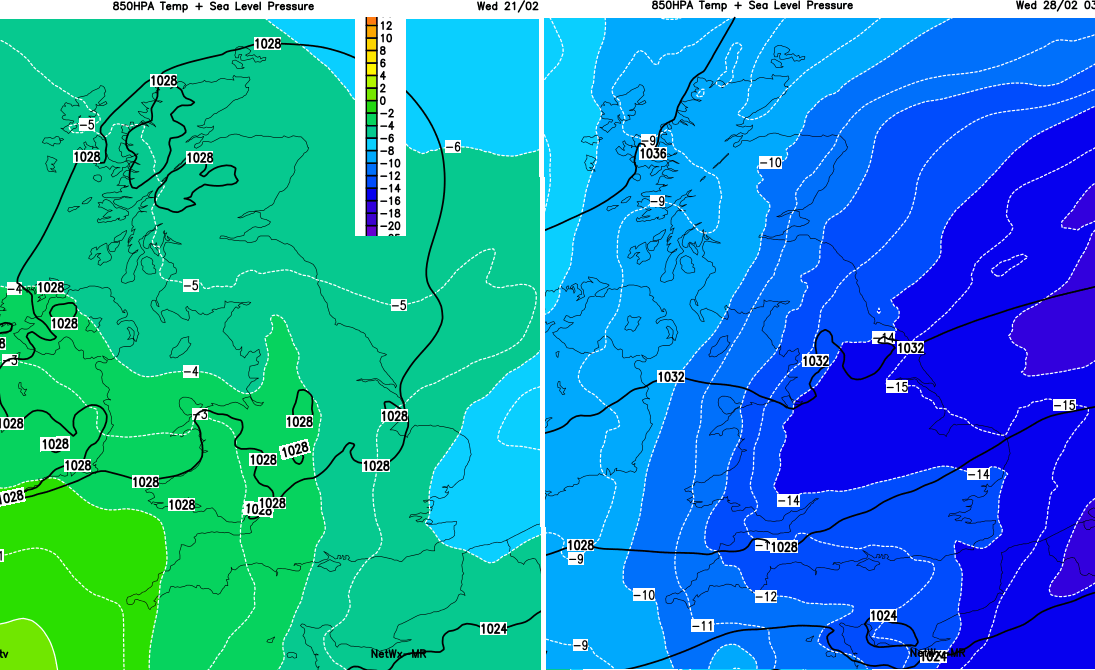 Land mass to encourage uplift or convergence. The friction encountered as the air hits the land, slows everything down, it all piles up, has to go up and precipitation results. Or it can get forced down a river valley with the air flow coming together and again the only way is up. This leads to Streamers, known along the Thames or across Kent when snow showers just keep on coming and high accumulations result.

In a Polar Continental air mass, the cold air has moved over a land mass. The air originates in eastern Europe, Russia even Siberia. The deep cold which has been sitting above frozen ground or deep snow. Travelling over the land, it won't pickup much moisture, not like the usual Tropical/Polar Maritime air masses which the UK encounters in westerly airflow. As we are an island, in a winter easterly flow, this very cold, dry air has to pass over the North Sea to reach the UK and is keen to absorb moisture in its lower levels. The Low Countries to Kent isn't very far, so very little moisture would be taken up. Germany, Denmark, Netherlands to eastern England is further and with that sea track, the showers can get going. Sometimes the flow backs a bit and there can be a longer sea track to SE Britain, then it's not just harsh frosts and bitter cold. Snow can move over SE Britain. 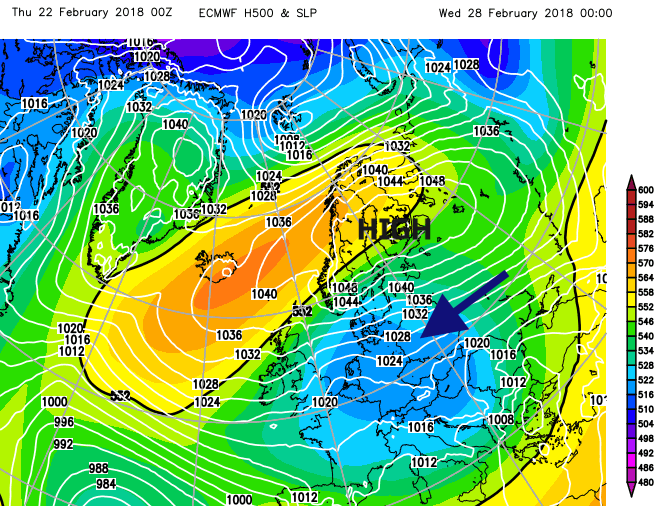 As the very cold, dry easterly airflow moves over the North Sea, some of the water evaporates into the air and warms it. Less dense warm air doesn't want to be below cold air, so it rises. Cumulus clouds begin to form Cu, sometimes Cumulonimbus CBs. As the air rises due to convection and turbulence in the clouds, it cools and snow can begin to fall.  Looking at a satellite picture you should be able to see the fluffy showers clouds lining up to come in from the east. Depending on developments in the mid and upper levels we could see trough lines, even low pressures develop, bringing the risk of more snow. For the larger shower clouds to develop you don't want too much shear up through the atmosphere or too low an inversion, both will inhibit the development. 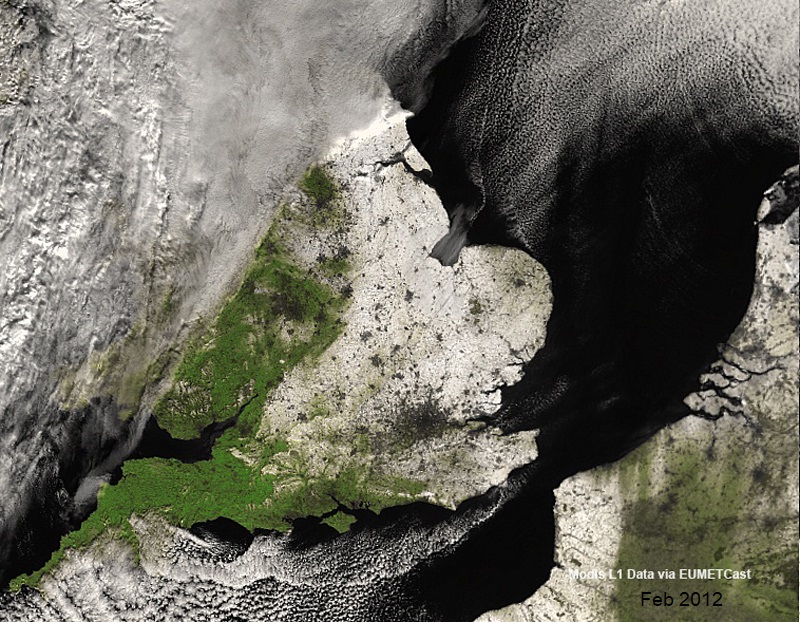 You can spot towns and cities, darker circles were the urban heat has melted the snow cover, or in some cases, it can add a bit more oomph to the snow clouds from below.

Once this unstable air (still cold, but with it's recently acquired moisture) reaches the land, eastern Britain in this case, the air is forced to rise, not much over the Lincolnshire Fens but a good deal for the North York Moors. As it rises, it cools and becomes saturated and needs to ditch its moisture; it snows more. This could be near the coast or with a brisk east wind much further inland. Around the Great Lakes, several feet of snow can be dumped overnight, for the UK, 10cm is easily possible, sometimes double that. Funnelling can occur, like on the motorway where three lanes are merged into one. Lots of jostling, turbulence and again uplift result. Through the Central Belt, along the Thames Estuary, across Kent.  Also as air arrives at the east coast, friction over the land is more and so slows up the incoming air and a traffic jam occurs, a piling up along the eastern counties; Yorkshire and NE England are very prone in these setups.

So the temperature difference will set off the showers but the interactions with the land mass will result in heavier snowfall for certain areas. 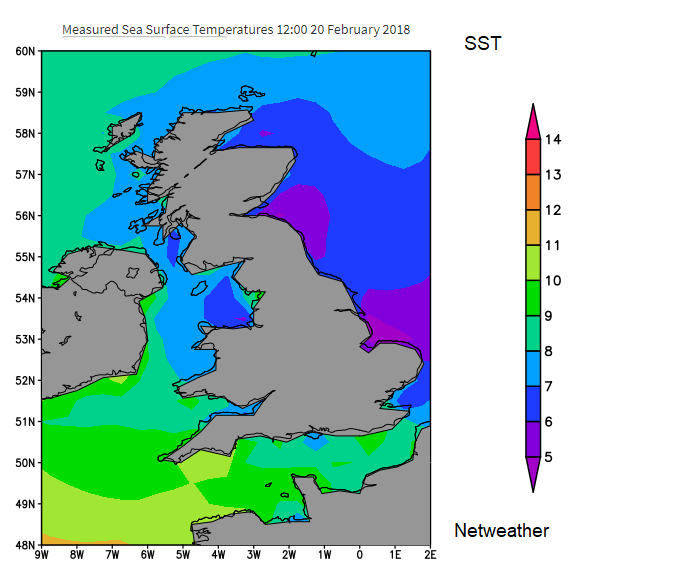 It's in Polar Continental air when minimum records are broken. When a Scandi high develops and manages to stay put, the flow of intense cold continues and snow fields build up. Before spring gets going, there is little to get rid of the snow, except a change in air mass. It won't melt, there is often fog blocking any solar radiation and gradually each night gets colder and colder. The UK record is -27.2C, which has occurred in Scotland a few times. 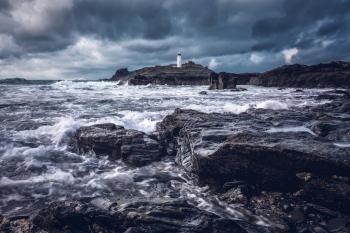 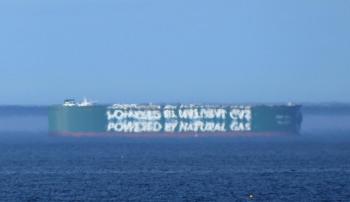 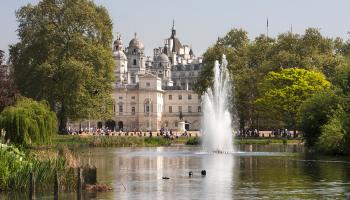 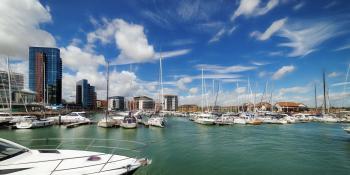