Storm Henry On The Way Out, But Still Windy

The centre of Storm henry is moving away from the Northern Isles, but we are still likely to see gusts reaching 50-60mph widely for the morning commute across north Wales, northern England, N. Ireland and Scotland, 60-70mph over exposed areas. There is also some heavy rain and hill snow across northern Scotland and squally rain, sleet and hill snow showers across southern Scotland and N. Ireland, which will bring hazardous driving conditions across higher routes. 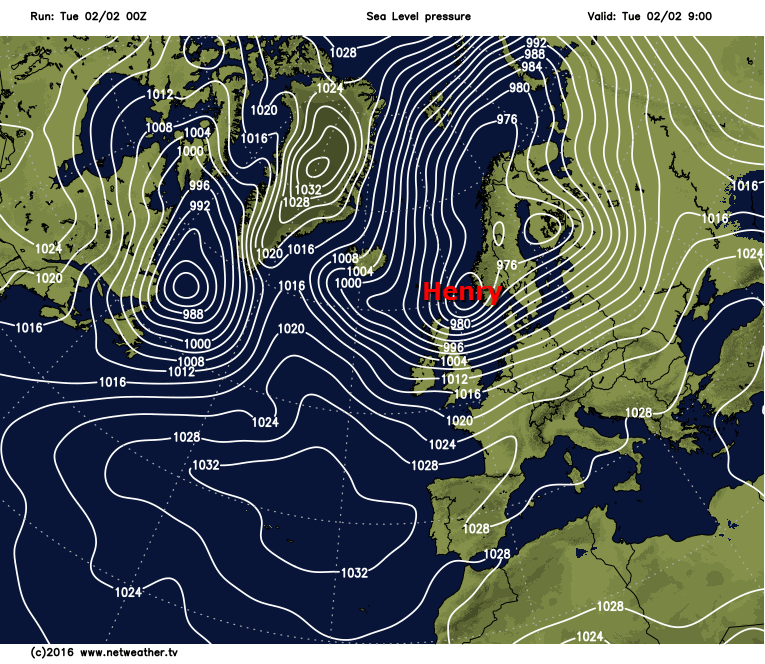 It’s worth checking the travel news this morning from northern England northwards, because a number of trees have been blown down, blocking roads and rail routes  along with height restrictions on bridges and there are problems with ferry routes too.

At its peak last night, Storm Henry brought a gust of 148 mph at the summit of Cairngorm, 90 mph at South Uist in the Outer Hebrides and 71mph at Malin Head in Ireland. It will continue very windy across the northern half of the UK this morning, with gusts of 50-60mph, though winds gradually easing this afternoon. Cloud, rain and hill snow will continue to affect northern Scotland for much of the day, with sunny spells and squally showers affecting other northern areas - falling as a wintry mix over higher ground. 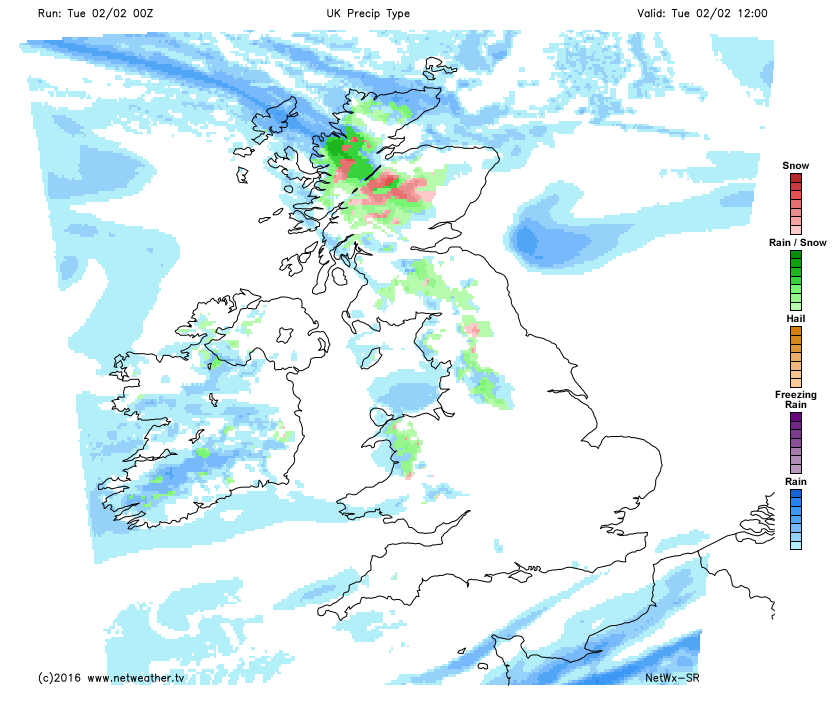 Temperatures reaching 7C in Manchester and Belfast, 6C in Newcastle, Glasgow and Aberdeen, but feeling colder in the strong wind.

It will be a blustery day further south but generally not as windy as yesterday, drier with some brightness across the Midlands and eastern England. Cloudier across southern counties of England and Wales with some showery rain here this morning, though this should clear to brighter and drier conditions this afternoon. Temperatures in reaching 10C in London, 9C in Plymouth, 8C in Cardiff and Norwich.

Rain and hill snow across northern Scotland will push southwards this evening and overnight across the rest of Scotland, N. Ireland, northern England and north Wales. Followed by clear skies from the north, with a frost and a risk of ice developing. The wind strengthening along the weather front bringing the rain and hill snow. Drier with clear spells and chilly across southern parts. 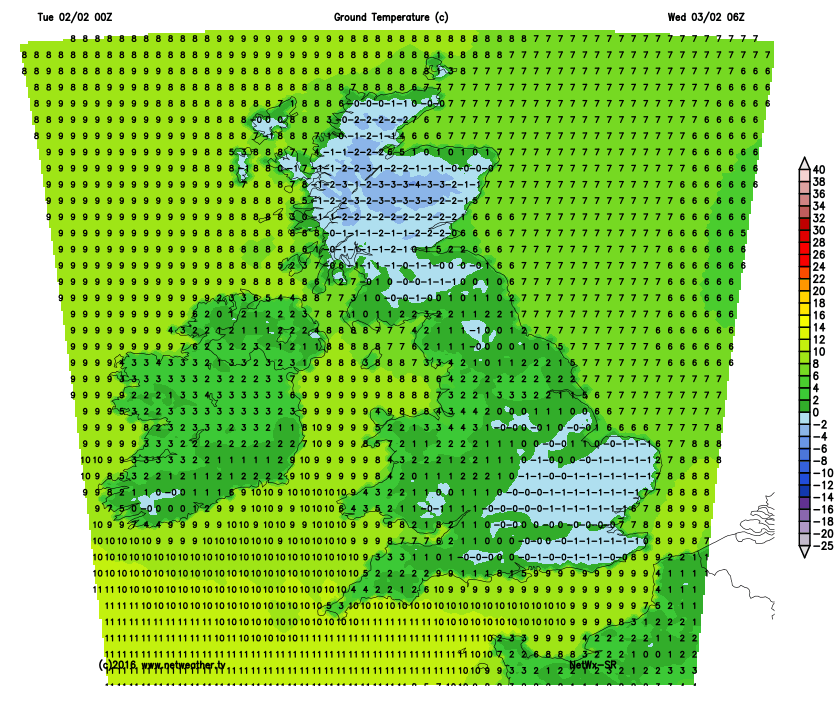 So a chilly start on Wednesday, with a frost in the north and a risk of ice to watch out for. The weather front moving south overnight will fizzle out as it reaches the south in the morning, though bringing some cloud and patchy rain for a time in the morning across Wales and southern England. Otherwise, developing into a mostly fine day with sunny spells, though some wintry showers around western coasts. Winds generally lighter than today too. Although chilly, temperatures around average for early February, reaching 7-9C in the south, 4-7C in the north.

Frost and ice not a problem Wednesday night, as the wind picks up and fronts move in off the Atlantic bringing cloud and rain overnight across all parts and also a rise in temperature. So Thursday through to Friday morning looking generally cloudy, windy and mild with rain at times. Later on Friday, a deep low near Iceland will pull a cold front southeast across the UK, with much colder and clearer but showery conditions following on behind. Rain looks to turn to snow on the back edge of this cold front across the north, with wintry showers following on behind and gales returning to the north. The weekend staying unsettled and windy, after a cold an bright start more wet and windy weather likely, preceded by snow across the north.